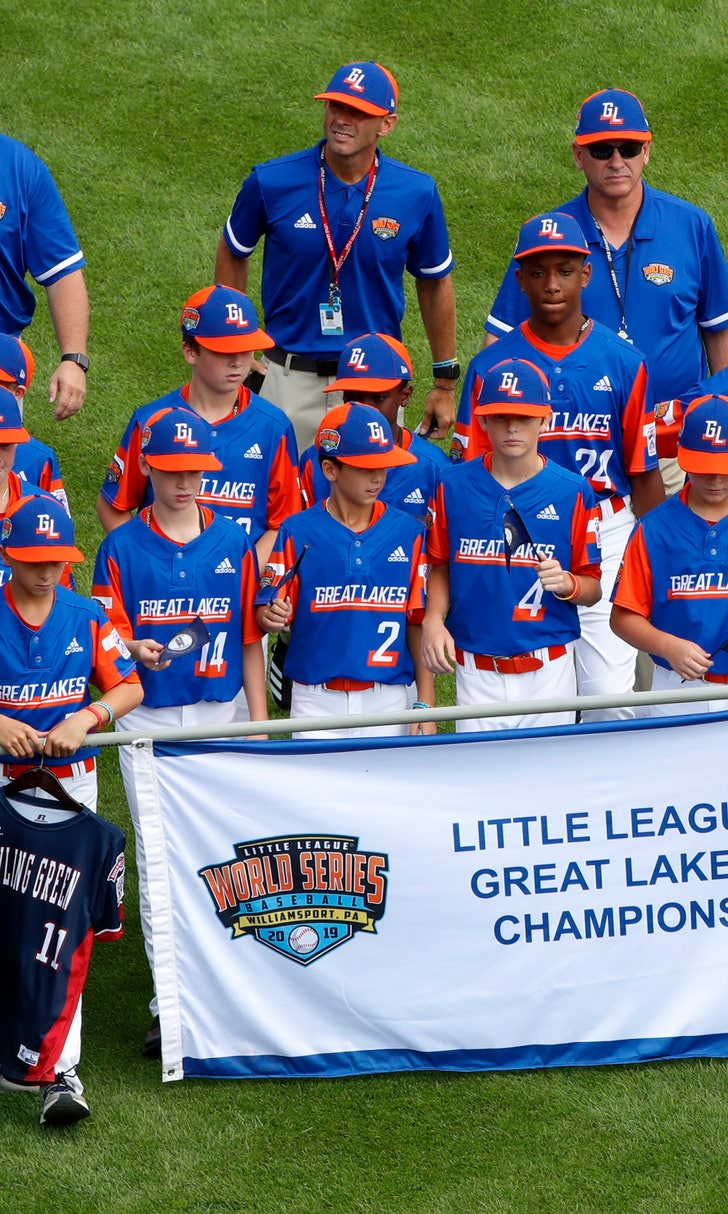 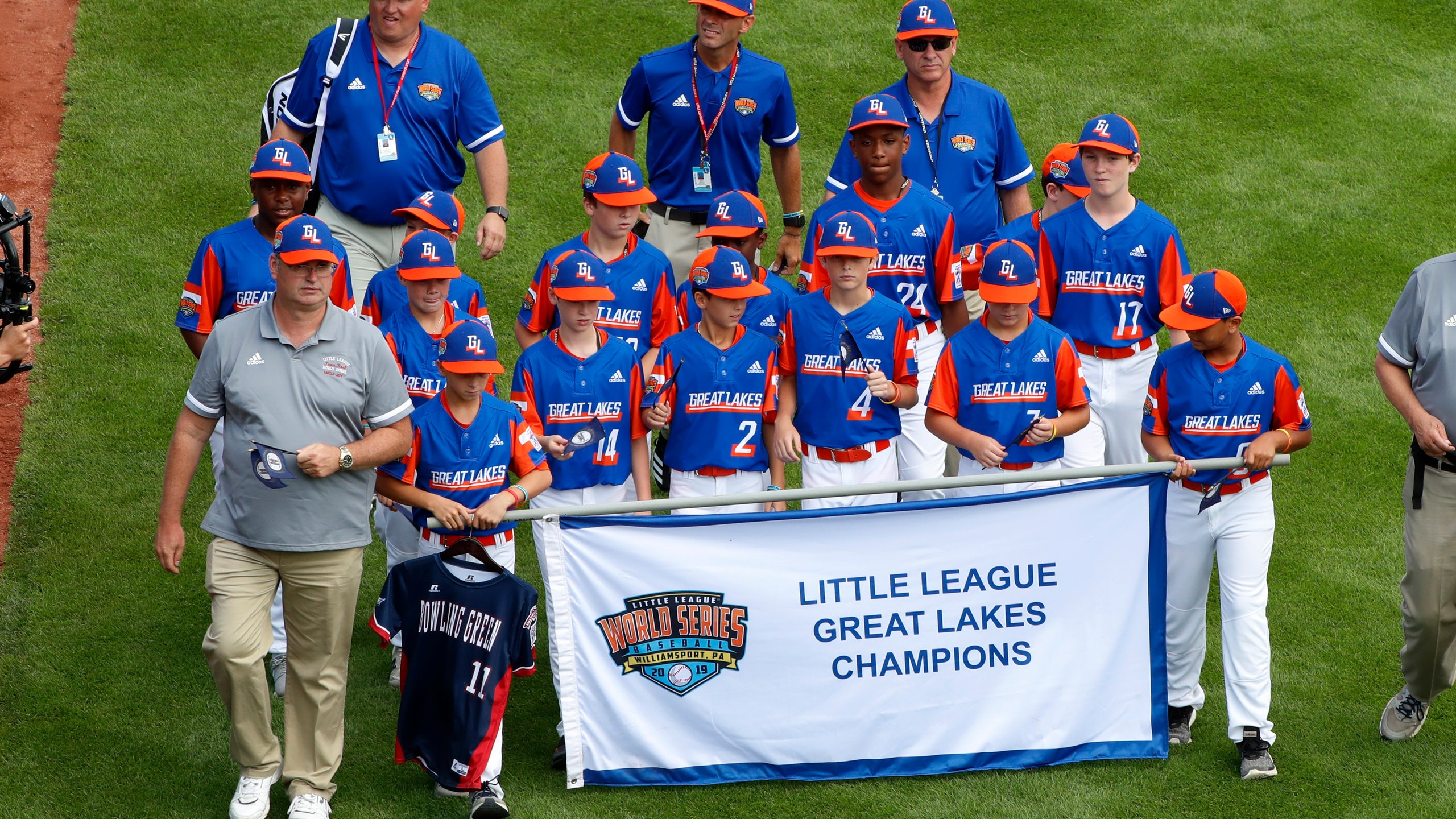 SOUTH WILLIAMSPORT, Pa. (AP) — Just before he threw the first pitch in the biggest game of his life, Grayson Newman bent down on the Lamade Stadium pitching mound and swiped his finger through the dirt twice to scratch a number 11 behind the rubber.

Newman repeats his ritual after every strikeout to remember one of his best friends, Mason Goodnight, who played with this group of kids from Bowling Green, Kentucky, until he died from a rare form of bacterial meningitis in April 2017 at the age of 10.

"I think it's just important to honor him," Newman said. "He was one of my best friends. We were really close. He's helped us through so much, and it really means a lot to me."

His No. 11 jersey follows this team from Bowling Green wherever it goes at the Little League World Series. Newman carried it with him through pregame introductions, and it hung inside the team's dugout for its LLWS opener — a hard-fought, 2-1 loss on Friday to Minnesota.

Jef Goodnight, Mason's father, is one of the coaches for the Kentucky team. His biggest wish when Mason passed was that he wouldn't be forgotten.

The team has helped grant that wish.

"Wherever we go, whatever they do, they tell his story, and that's just absolutely amazing," Goodnight said.

Mason, Jef said, was a happy-go-lucky kid with long, bleach-blond hair that he hated brushing. He wore what seemed like a permanent smile. The friends he grew up playing with in a tightly knit Bowling Green neighborhood now help fill the Great Lakes roster.

For the Goodnight family, Bowling Green Eastern Little League has been a place of reprieve. Coaching a team full of Mason's friends quickly became a source of therapy, Jef said.

"These kids are my extension of Mason," Jef said. "I love them with all my heart. I could never in a million years tell them how much they've helped me, because it's more than I've ever helped them."

The Goodnights attended Mason's funeral on April 10, 2017, and two days later Jef was out at the league's opening ceremony, throwing out the first pitch.

Since then, No. 11 has been a fixture for this group. They've used Mason as a rallying point whenever they've faced adversity on their way to South Williamsport.

The team had MG11 buttons made that they've distributed to other fans at the LLWS. Some fans donned MG11 shirts in the Great Lakes blue and orange colors as they watched from the Lamade Stadium bleachers. Others watching from home snapped photos of themselves wearing that gear and sent it along to Jef.

"The community has wrapped its arms around my family."

Newman said he feels Mason with him during games — especially big ones — and that helps him relax on the mound and at the plate.

"I think it's really helped us a lot, to get to rally around him, have him be with us, with his jersey in the dugout," Newman said.

That's the only place you'll find a No. 11 jersey at the Little League World Series. The number is retired for former player Michael Cammarata, a firefighter who died in the rescue attempt after the terrorist attacks on the World Trade Center on Sept. 11, 2001.

Having dropped into the loser's bracket, Kentucky has a long road ahead if it hopes to advance deep into this LLWS.

Undoubtedly, Newman and the rest of the players will draw strength from No. 11 as they look to bounce back.