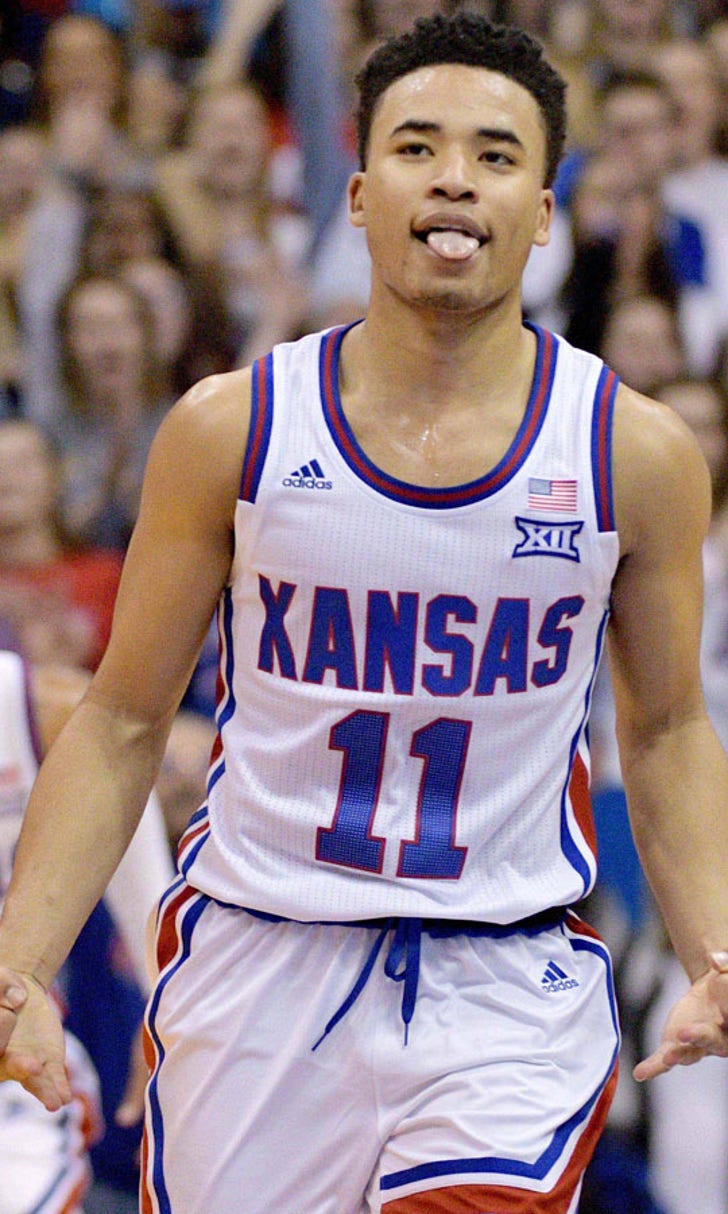 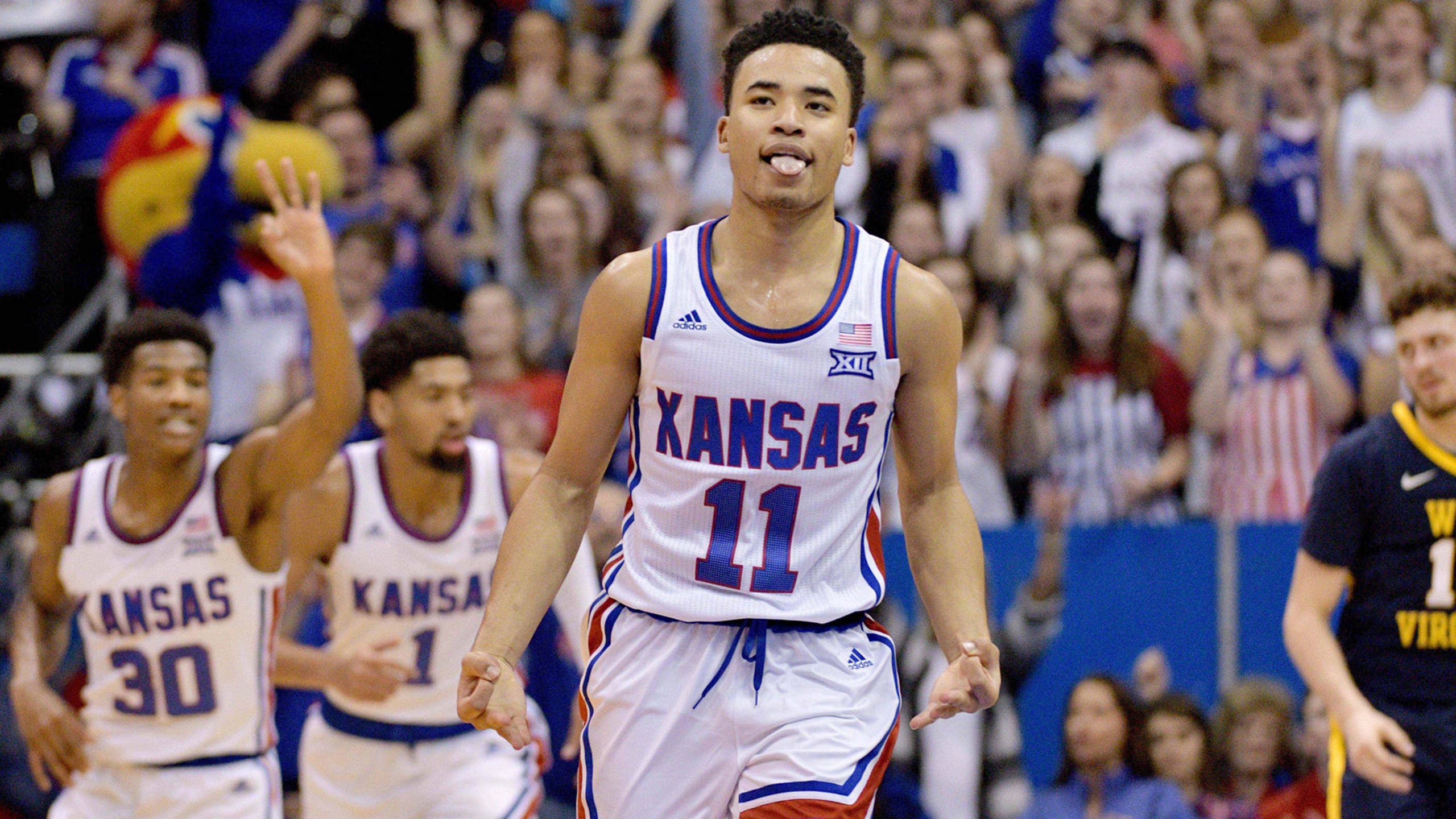 previous story
Olympic champ John Shuster wins 7th national curling title
next story
Skoglund on PED suspension: 'Something got into my body without me knowing' 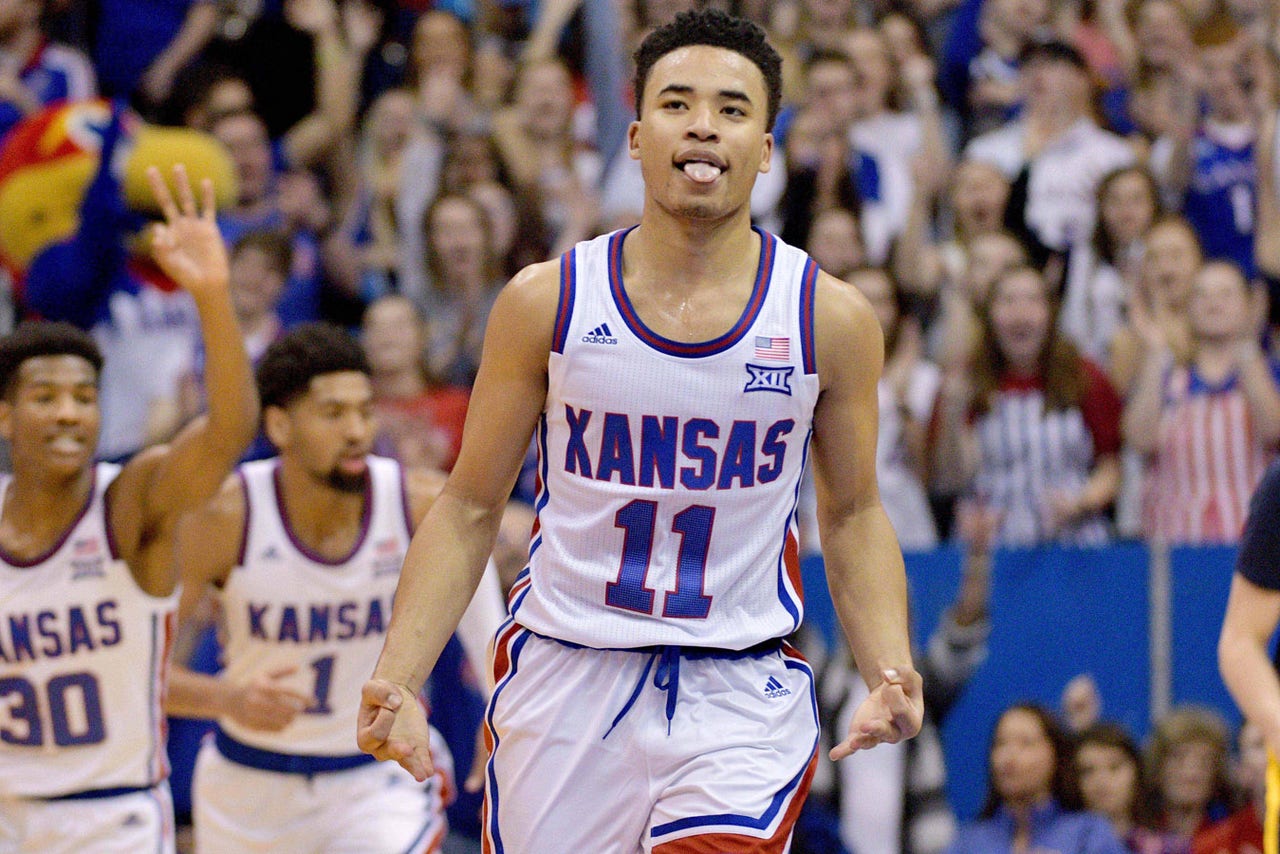 LAWRENCE, Kan. — Devon Dotson drove through a crowd of West Virginia players, stopped in his tracks and passed the ball across the key, finding K.J. Lawson alone in the corner. Without hesitation, Lawson sunk his third 3-pointer of the game before running down the court celebrating with his brother, Dedric.

K.J. Lawson scored a season-high 15 points in 24 minutes, the first time he's played more than 20 minutes since transferring from Memphis, and No. 14 Kansas beat the Mountaineers 78-53 on Saturday.

"I'm real happy for him, and it's nice to see guys hang in there, and when their number is called they're ready, and he's been ready," Kansas coach Bill Self said.

Dotson also scored 15 points and Dedric Lawson had 14 for the Jayhawks (20-6, 9-4 Big 12), who won their third straight as they continue to start four freshmen.

"One of the biggest things is those two guys rebounded it for us," West Virginia coach Bob Huggins said.

Ahmed was averaging 12 points and 5.8 rebounds per game, while Harris was putting up 7.9 points and 4.5 rebounds. With the early-season injury to Sagaba Konate, the Mountaineers are now without three of their top four rebounders.

Kansas held West Virginia to a season-low 16 points at halftime, and the Mountaineers shot 33.9 percent for the game, including 3 of 23 from 3-point range. West Virginia didn't reach double-digit scoring until 5:52 remained in the first half.

The Mountaineers finished with 24 turnovers. In West Virginia's 65-64 win over Kansas in Morgantown on Jan. 19, the Mountaineers turned it over just 13 times.

"Just keeping a man in front, pressuring the ball, making it hard for making entry passes, make them pass the ball side to side," Dotson said. "We put the pressure on them and I thought the bigs did a great job on cover today."

Kansas held an opponent to 53 points or fewer for just the third time this season, and it was the first time the Jayhawks have kept a Big 12 opponent under 60 points.

The Jayhawks got the crowd excited with several flashy plays in the second half, including a fierce one-handed dunk by Ochai Agbaji. Fans at Allen Fieldhouse were also pleased to learn of No. 18 Kansas State's 78-64 loss to No. 23 Iowa State as Kansas cruised through the final minutes.

In addition to Dotson and Agbaji, Kansas started freshmen Quentin Grimes and David McCormack, who played a career-high 24 minutes. Agbaji (10 points) has scored in double figures in five of his last six games.

West Virginia: The Mountaineers sit last in the Big 12 standings. West Virginia has not finished conference play outside the top five since 2014, when it ended the season in seventh place.

Kansas: The Jayhawks remain in contention for the Big 12 title. After Kansas State's loss to Iowa State, Kansas lurks a half-game behind the Wildcats, tied with No. 15 Texas Tech. The Sunflower Showdown in Allen Fieldhouse on Feb. 25 could end up deciding the conference championship.

Kansas: Visits Texas Tech next Saturday in another critical game in the upper tier of the Big 12.