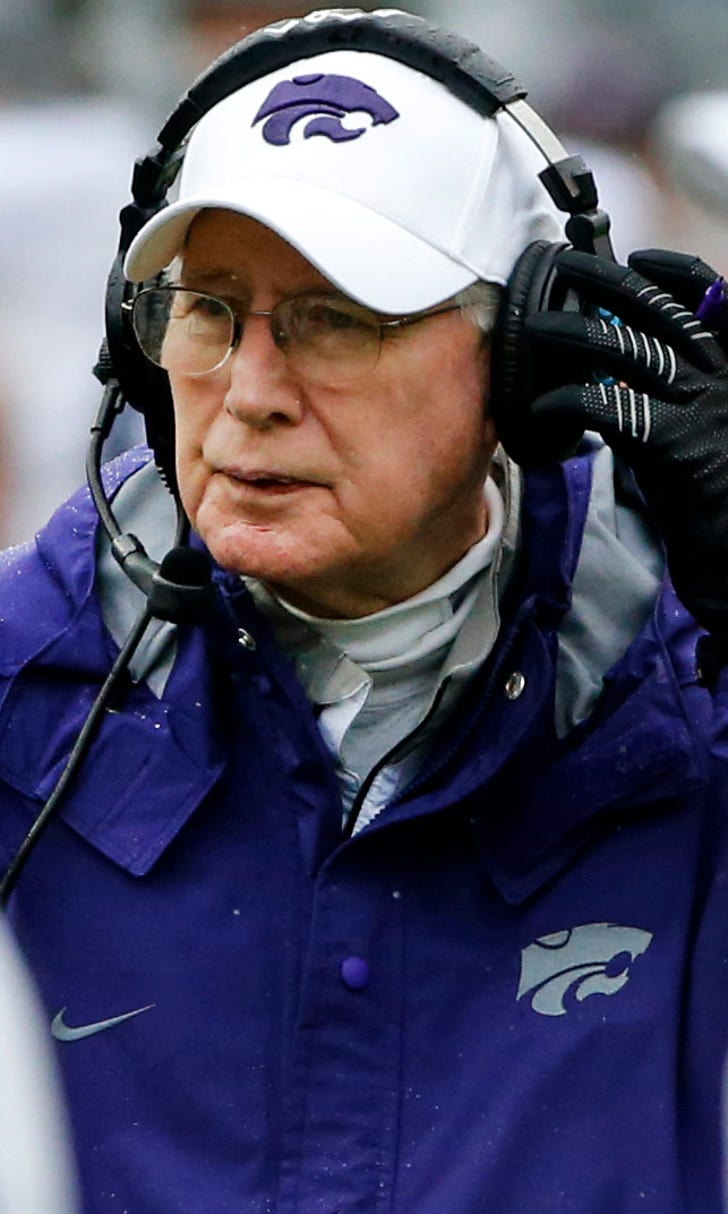 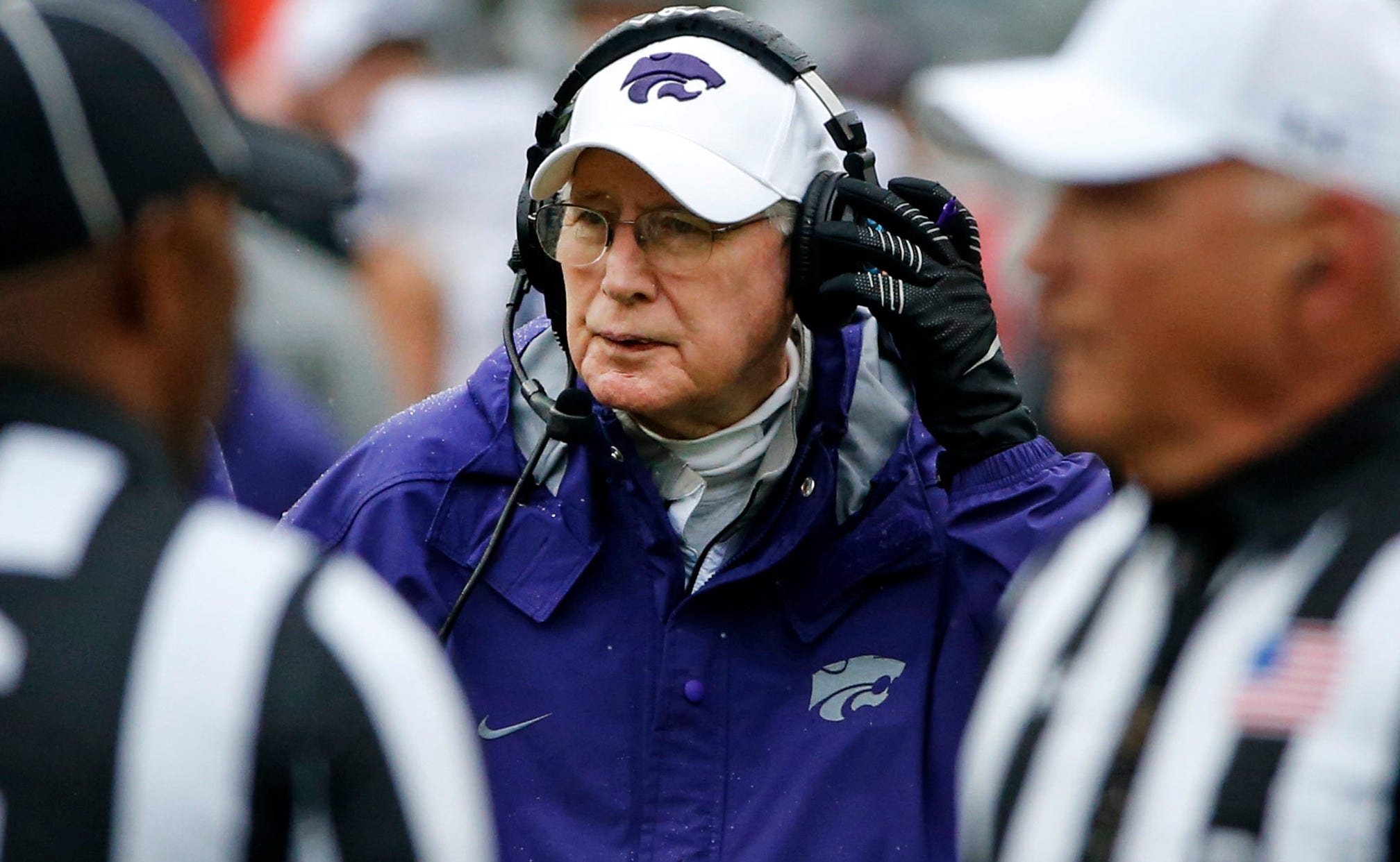 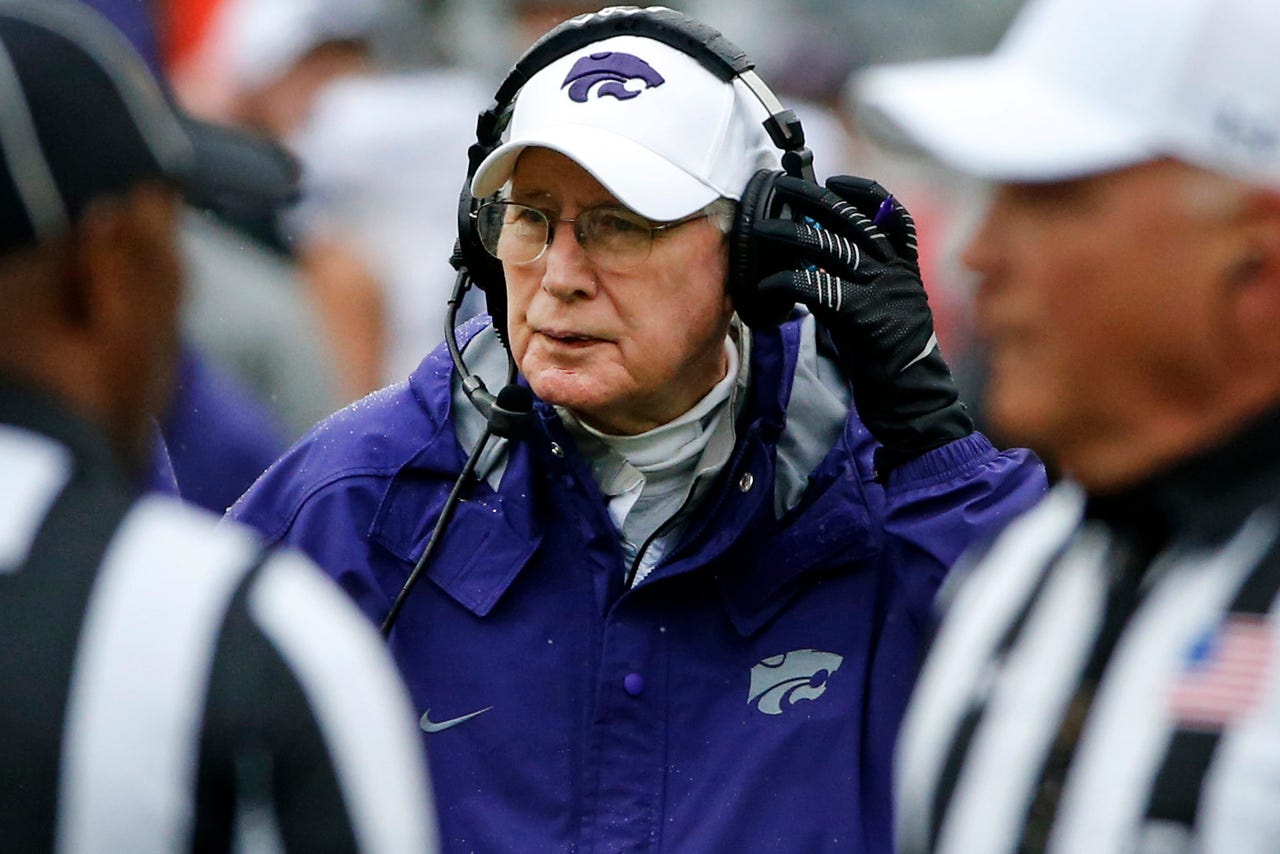 Wildcats coach Bill Snyder says his doctors have 'projected a positive outcome' for his cancer treatment.

KANSAS CITY, Mo. -- Hall of Fame coach Bill Snyder has been diagnosed with throat cancer, though treatment is going well and he expects to be on the field when Kansas State begins spring practice next month.

The 77-year-old Snyder addressed his health in a statement Monday, shortly after rumors began to circulate that he was seeking treatment for an undisclosed illness. Snyder said he has been receiving outpatient treatment for about three weeks at The University of Kansas Hospital with consultation from the MD Anderson Cancer Center in Houston.

He said specialists at both medical centers "projected a positive outcome."

"I feel bad having to release this information about my health in this manner prior to sharing it in person with so many personal friends, distant family, players and their families, past and present, and many of the Kansas State football family so close to our program," he said. "But with so much talk presently out there, I certainly owe it to everyone to make them aware of my condition."

Snyder did not describe the severity of the cancer, nor did he discuss what types of treatment he has been receiving. But he did say that treatments are scheduled so that he can be in the office on a regular schedule through the first week of March.

"I'm very grateful to those who have responded over the past 24 hours via calls, texts, emails, et cetera with such kind thoughts and words," he said. "And again, my apology to each of you whom I did not have the opportunity to reach personally before this release."

Snyder was hired by Kansas State in 1988 to take over one of the worst programs in major college football, and in a span of a few years had the Wildcats regularly contending for league titles.

He briefly retired in November 2005, announcing that he wanted to spend more time with his family. But the pull of coaching kept him away for only three years, and he returned to the sideline after the program began to fall on hard times.

His second go-around has been nearly as successful as his first. The Wildcats have been to seven consecutive bowl games, beating Texas A&M in the Texas Bowl last season, and earned a piece of the Big 12 title following a 2012 season that included a No. 1 ranking and Fiesta Bowl appearance.

The Wildcats went 9-4 last season, and with a number of starters back on both sides of the ball, many believe they are poised for Snyder to make a run at a conference championship. Kansas State opens the season Sept. 2 against Central Arkansas.

"Coach Snyder's health is of the utmost importance, and he has our full support during this time," Kansas State athletic director John Currie said. "We will provide all of the necessary accommodations he and his family need to ensure a smooth treatment process. He will remain our head coach during this treatment period, and we look forward to seeing him on the field this spring."

Snyder signed a five-year, $14.75 million contract extension in January 2013, but it includes an automatic rollover provision that essentially provides him with indefinite job security.

"Coach is one of the most determined individuals I have ever met," Kansas State President Richard Myers said in a statement, "and I know he will successfully complete this treatment program and be on the field with our student-athletes in no time."