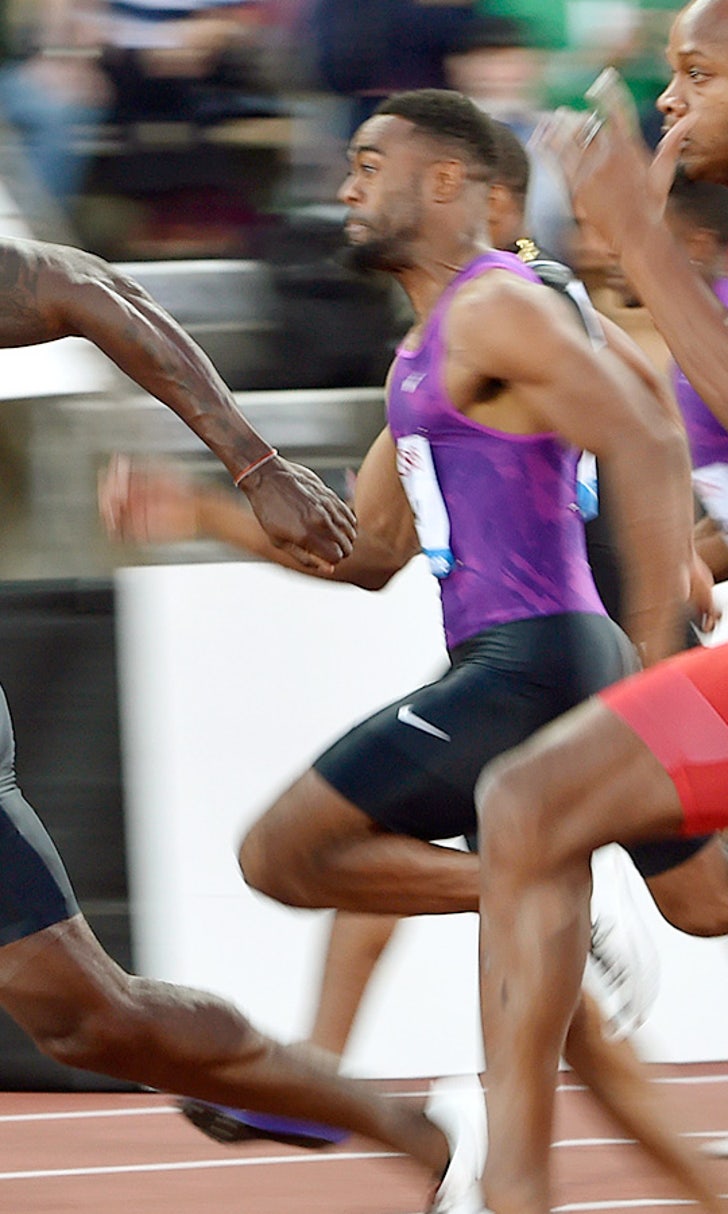 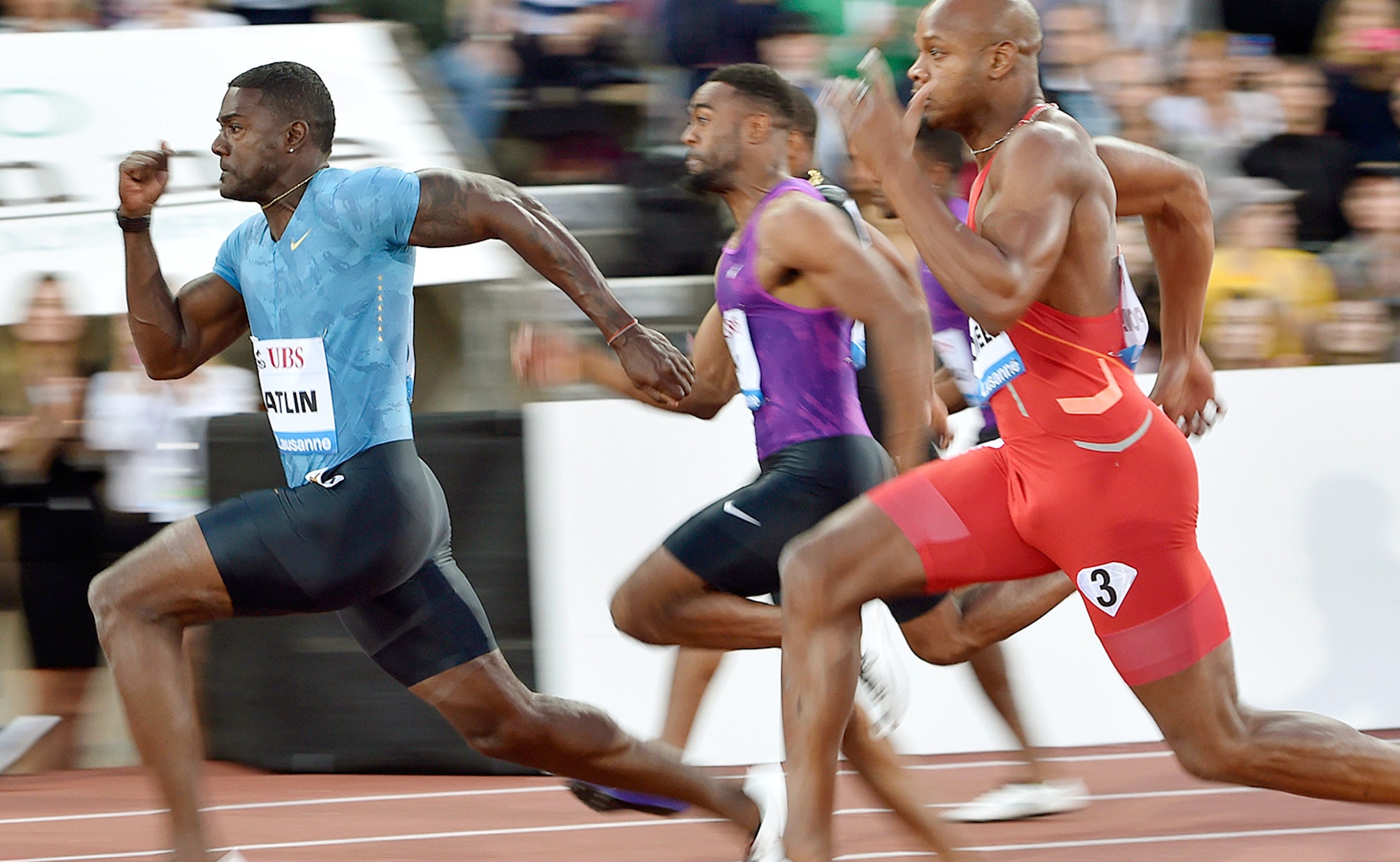 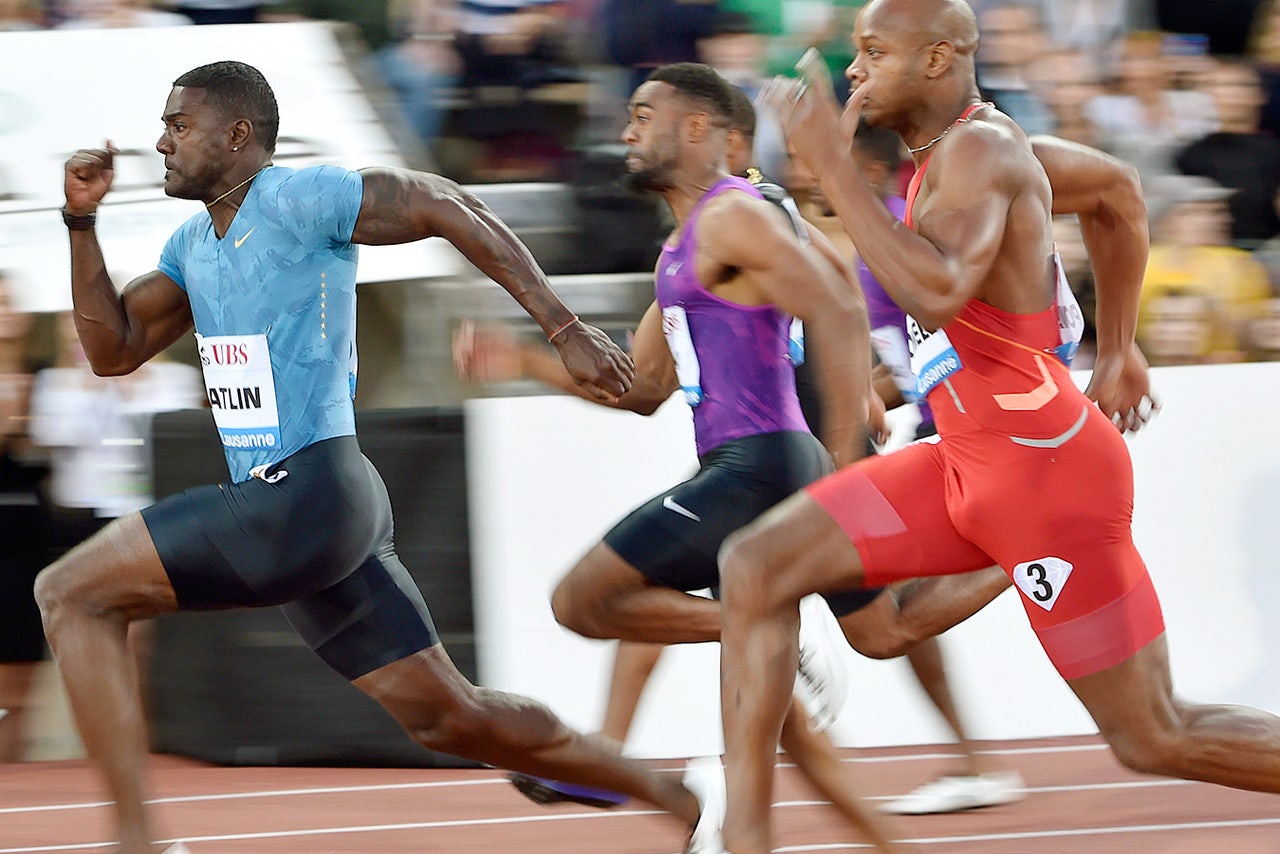 The in-form Gatlin left runner-up Asafa Powell of Jamaica trailing in 9.92, the same time as his fellow American Tyson Gay in third.

The time was 0.01 outside Gatlin's world-leading season-best and the 2004 Olympic champion remained unbeaten over 100 since 2013.

Gatlin is increasingly looking like the man to beat at the world championships in Beijing next month as title holder Usain Bolt struggles with a leg injury.

"It's not a message to anybody," Gatlin said of his dominating performance. "Usain is a great opponent, so it's on me to go out and give him the best challenge I can. Hopefully he will be healthy and ready to go for the world championships."

Though Gay and Powell were faster out of the blocks on a breezy night, Gatlin drew ahead within 30 meters and quickly went clear.

The show impressed Gay, who took the 2007 world title after Gatlin began serving a four-year ban for doping.

"The guy has improved. He's polished, he's sharp," Gay said of his U.S. relay teammate. "He has a lot of confidence and he's on a roll right now."

"I didn't run like I should. The first part of my race was not all that great," said Powell, whose 9.81 time at Paris last weekend puts him second in the season rankings.

Farah's readiness was seriously tested when he was passed with 250 meters left by Yomif Kejelcha of Ethiopia, who ran a world-leading time in Rome last month.

Fighting back in the home stretch, Farah went clear then waved his arms urging the crowd to cheer, and struck his chest twice with his right hand and punched the air wildly as he crossed in 13:11.77.

"This victory is also a way to answer some of the critics regarding my coach that came out lately," said Farah, who was not implicated in the allegations that Salazar has denied.

Anna Chicherova of Russia cleared a world-leading 2.03 meters in the high jump. Her third attempt at the height was nine centimeters better than her previous best jump in 2015.

In the men's javelin, Keshorn Walcott set a Trinidad and Tobago record of 90.16 meters, one of four Athletissima records set in the meeting's 40th edition.

Olympic champion Allyson Felix of the U.S. won the women's 200 in 22.09, though Shaunae Miller of Bahamas had the most impressive sprint performance.

Miller clocked a personal best 49.92 in the 400 to become the second-fastest woman in the world this year. Only American Francena McCorory has run quicker.

With Bolt having withdrawn last week citing a left-leg injury, 19-year-old Anguilla-born Zharnel Hughes of Britain won the men's 200 in a personal best 20.13.

Christian Taylor of the U.S. won a high-class triple jump with 18.06 meters, edging past Pedro Pablo Pichardo of Cuba who also beat the previous meet record with 17.99.

Other meet records were set by German shot putter David Storl's 22.20-meter effort and Virginia Nyambura of Kenya's 9:16.99 run in the women's 3,000 steeplechase.