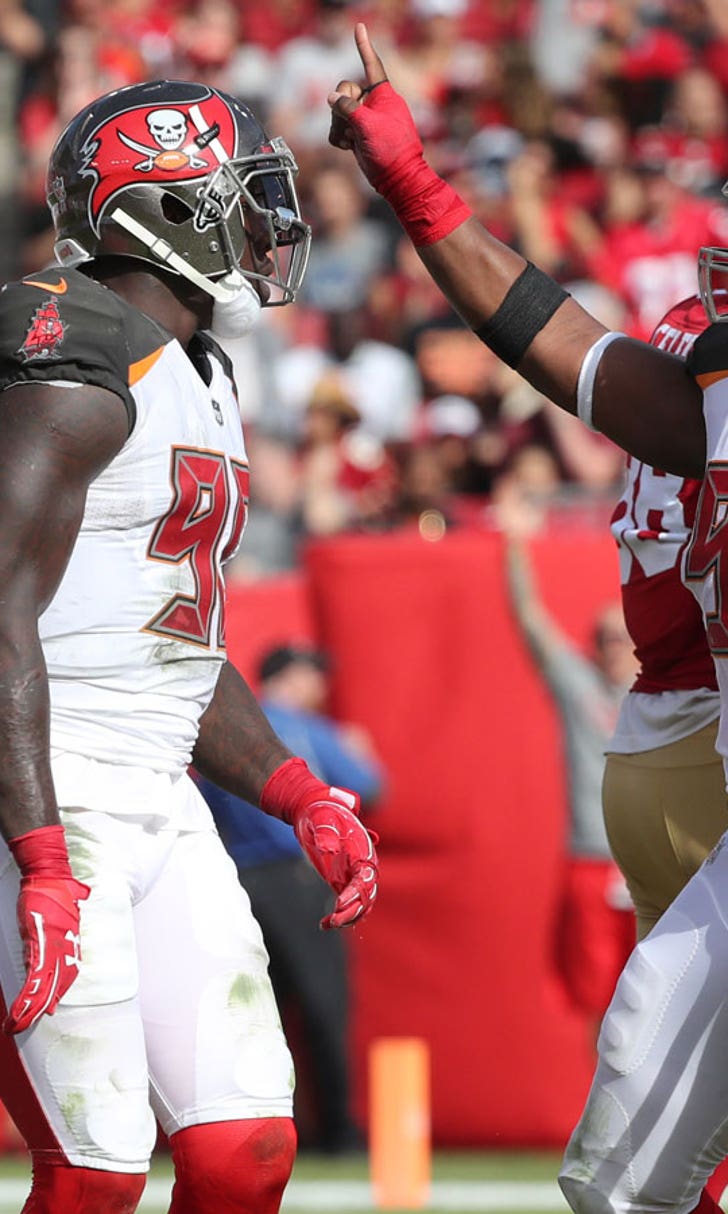 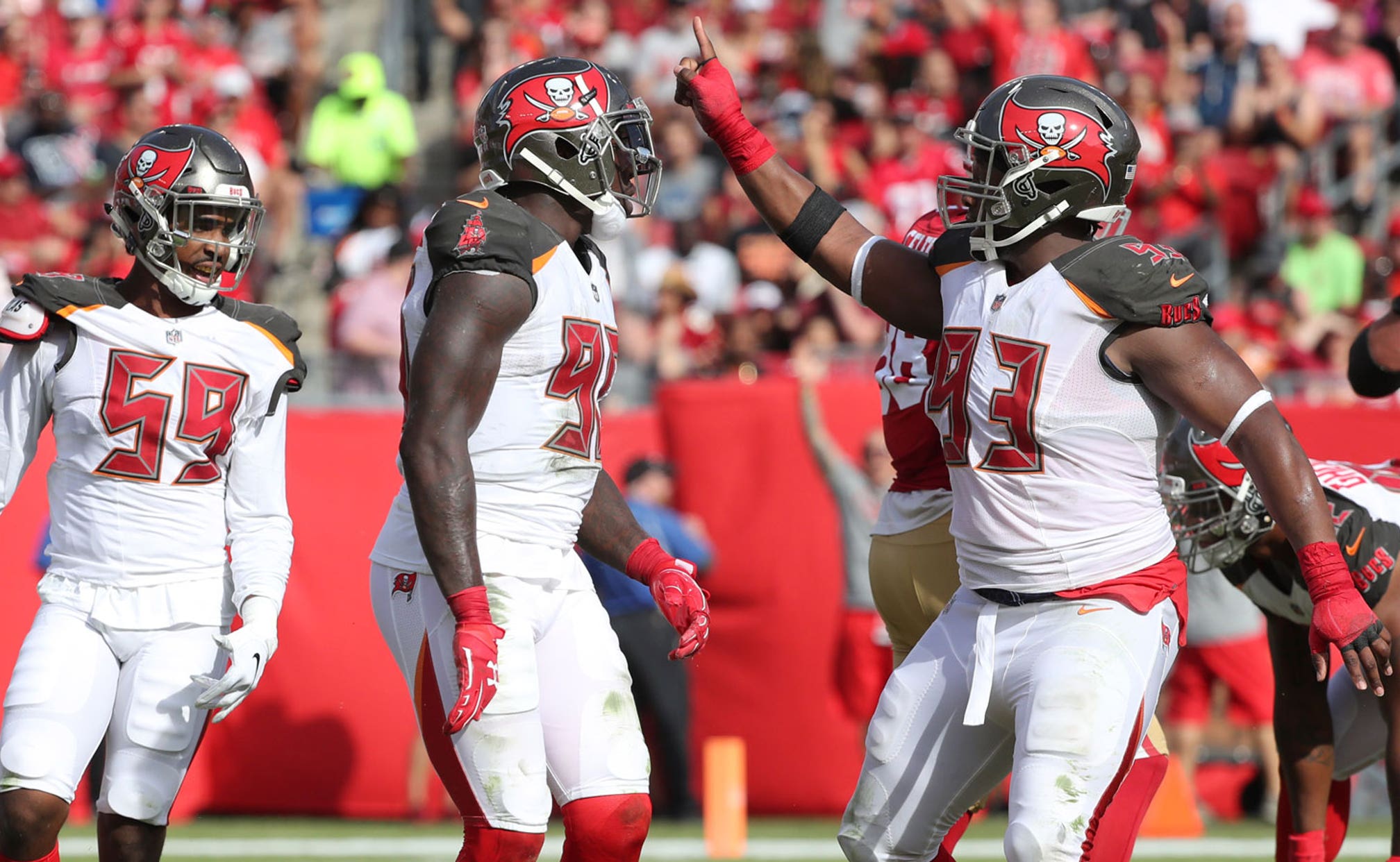 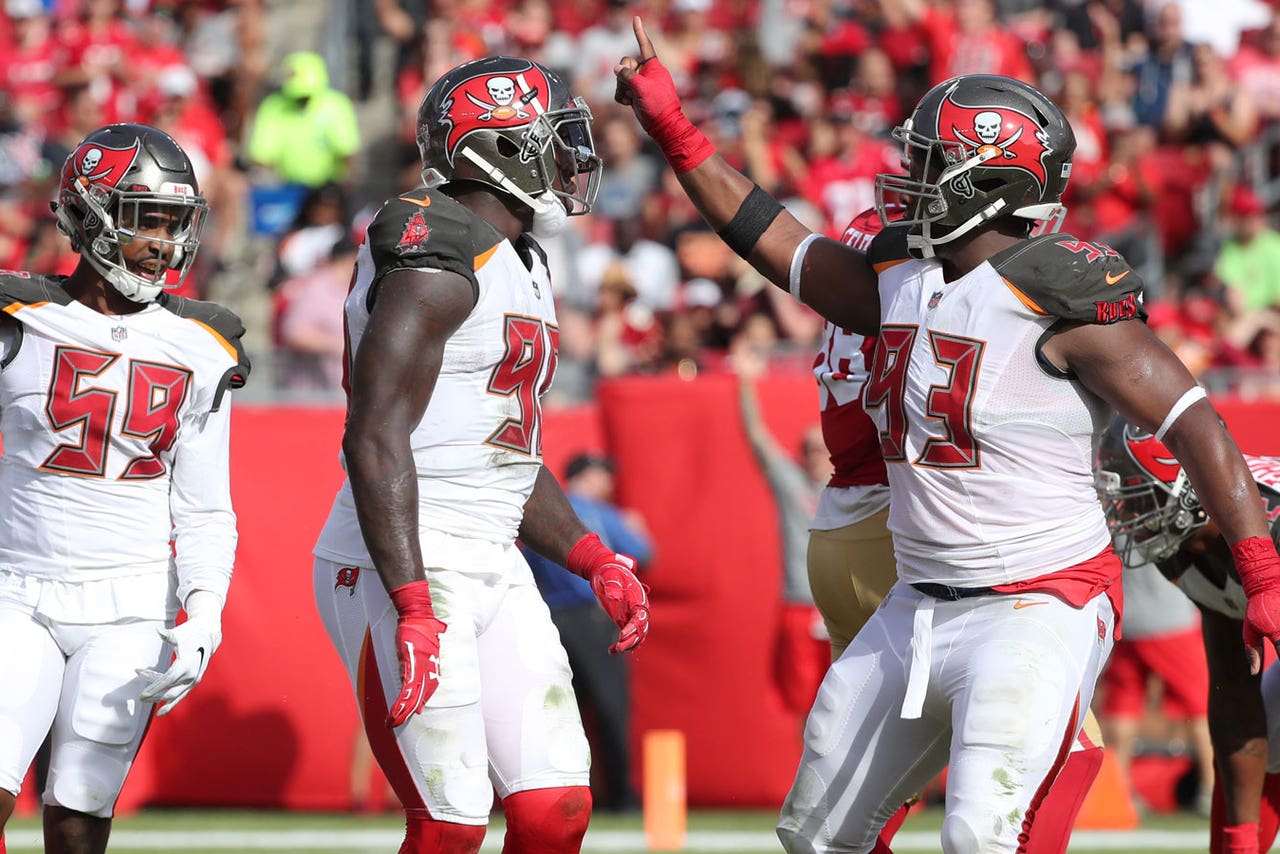 TAMPA, Fla. (AP) —Jason Pierre-Paul says he doesn't feel he has anything to prove in his ninth NFL season, first with the Tampa Bay Buccaneers.

He's been the most consistent and productive player on a struggling defense with 10 1/2 sacks through 11 games, yet insists he's merely doing his job after being acquired from the New York Giants in an offseason trade.

"I guess, I'm just doing what I'm supposed to do: play some great football," said the two-time Pro Bowl defensive end, who spent eight seasons with the Giants after entering the NFL as a first-round draft pick in 2010.

The Bucs traded for Pierre-Paul in March, hoping to bolster an anemic pass rush after finishing last in the league a year ago in passing and total yards allowed, as well as sacks with 22.

Until Sunday, when the 29-year-old Pierre-Paul sacked Nick Mullens during the first half of a 27-9 victory over San Francisco, Tampa Bay hadn't had a player with 10 or more sacks in a season since Simeon Rice had 14 in 2005.

Although the Bucs are a disappointing 4-7, Pierre-Paul's relentless work ethic has drawn rave reviews from teammates and coaches.

And while it's been gratifying to come in and be the type of player Tampa Bay was hoping to get, Pierre-Paul reiterated he's motivated by his love for the game — not to prove the Giants were wrong to trade him.

This year is his most productive since Pierre-Paul suffered a serious hand injury in a Fourth of July fireworks accident three years ago, though his numbers have increased steadily from one in eight games in 2015 to seven in 2016 to 8 1/2 in his final season in New York.

With 10 1/2 in his first season back in the city where he played college ball at South Florida, Pierre-Paul was tied with Von Miller for fourth in the league behind Aaron Donald (14 1/2), Danielle Hunter (11 1/2) and Chandler Jones (11) through Sunday's games. J.J. Watt had 10 entering Houston's game against Tennessee on Monday night.

"Jason's been our most productive and our most consistent player on defense," coach Dirk Koetter said.

"He plays extremely hard. He's fought through multiple injuries and continues to do that to play," Koetter added. "He's set the standard very high for everybody else on defense — for everybody on our football team really, from an effort and fighting-through-injuries standpoint."

Pierre-Paul, who has 69 career sacks, dismisses the notion that his success is especially impressive considering he's overcome the fireworks accident that severely damaged his right hand to be a dominant player again.

Nevertheless, his play has inspired teammates.

Six-time Pro Bowl defensive tackle Gerald McCoy was the third overall pick in the 2010 draft, selected 12 spots ahead of Pierre-Paul. He has 54 1/2 career sacks, including 9 1/2 five years ago, when he was an All-Pro and came close to ending the double-digit drought.

"Listen, I've been here a long time, OK. And for me to see this happen is very special. He's going to downplay it. I'm not," McCoy said. "Very special — something we haven't seen in a long time, man. This dude deserves everything coming his way, and I love him."