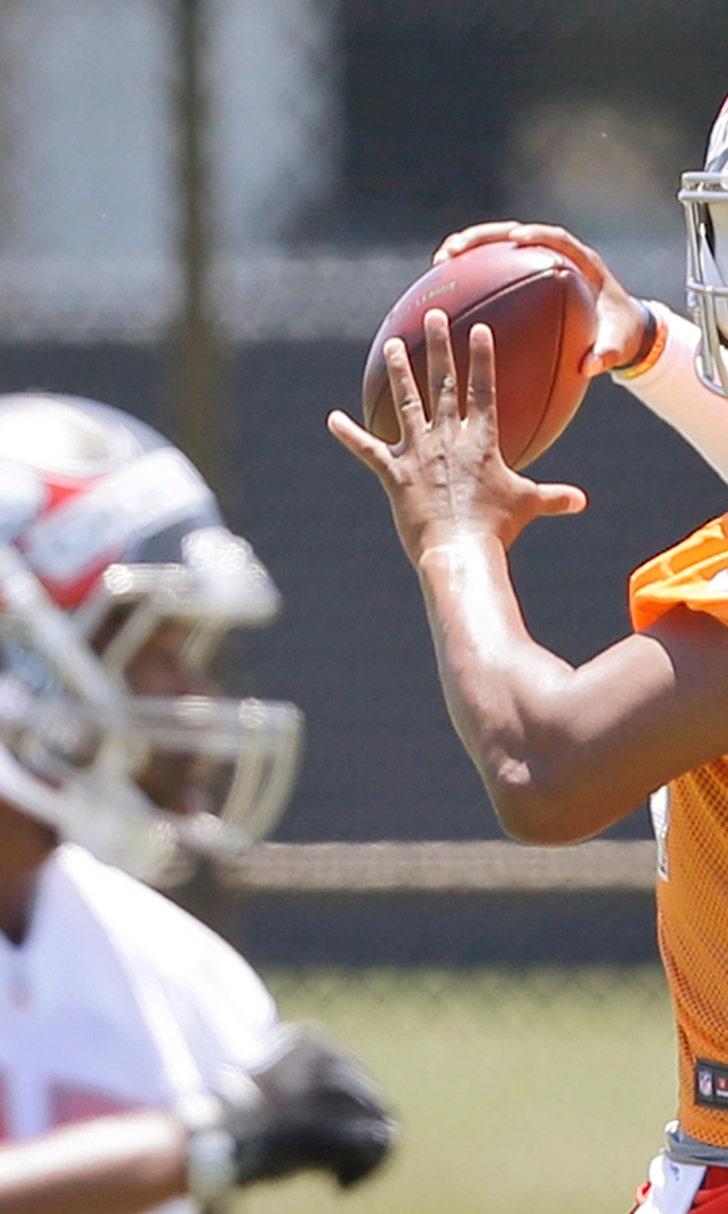 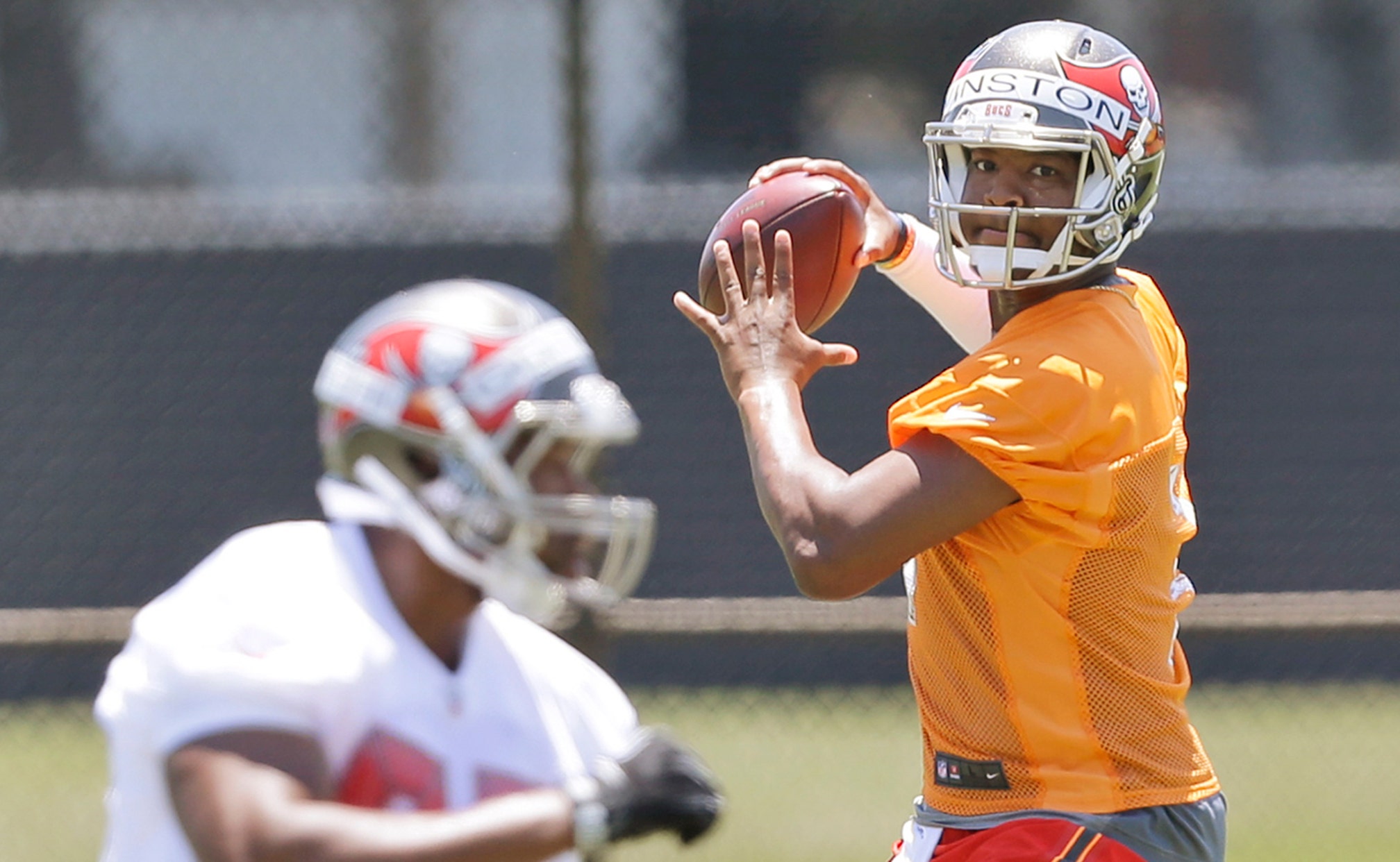 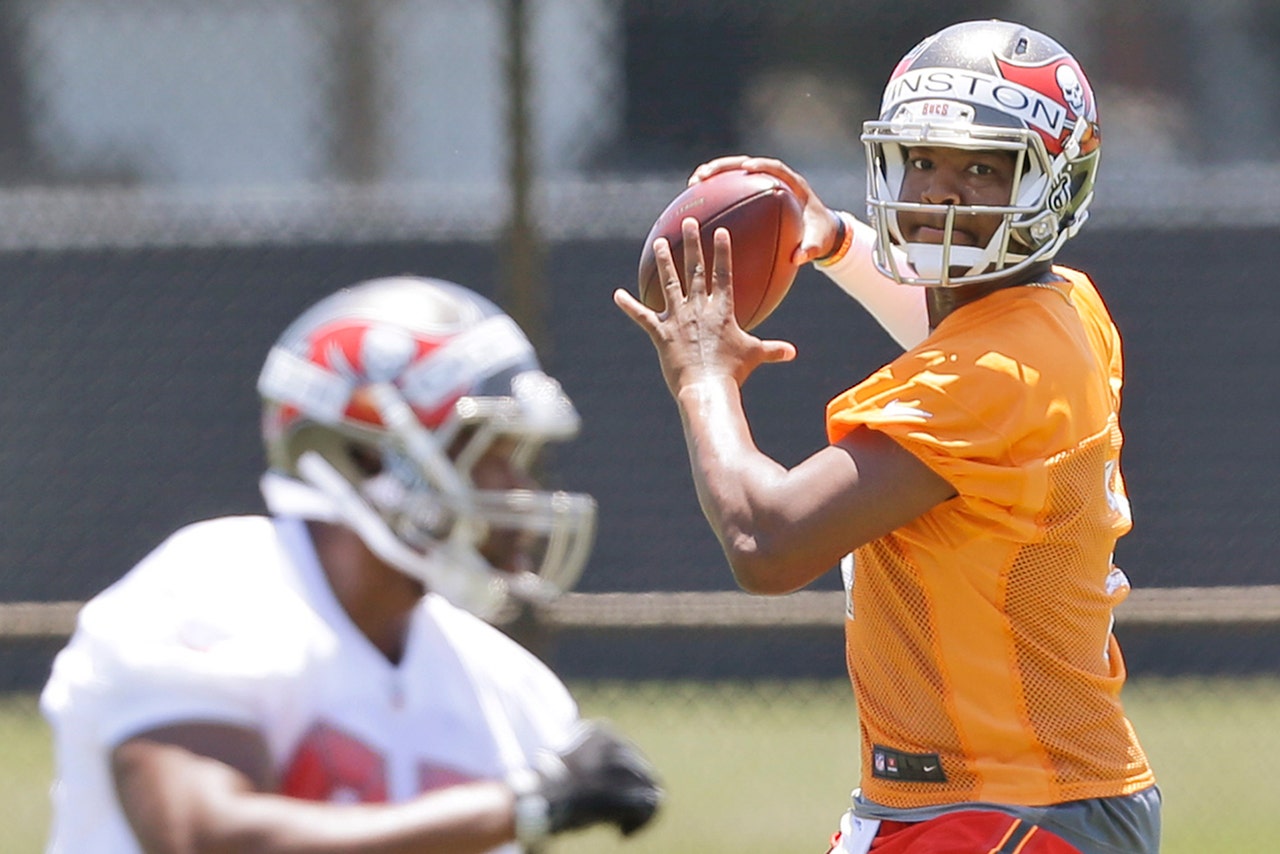 TAMPA, Fla. (AP) -- Attorneys for top NFL draft pick Jameis Winston contend a woman seeking civil damages from the quarterback after accusing him of rape is trying to tarnish his reputation and tap into the Heisman Trophy winner's newfound wealth.

The former Florida State star practiced again Saturday, the final day of the Tampa Bay Buccaneers' rookie minicamp, and was not made available to comment on a counterclaim filed on his behalf one week after signing a four-year, $23.35 million contract.

"Nothing is surprising us," Bucs coach Lovie Smith said, when asked if Winston notified the team in advance of Friday's filing in federal court in Orlando.

In it, the quarterback's lawyers alleged that Erica Kinsman created a "media circus," then initiated settlement discussions in which her attorneys demanded $7 million from Winston.

"Ms. Kinsman has been successful in one major area," the filing by attorneys for the 2013 Heisman winner said. "She has mounted a false and vicious media campaign to vilify Mr. Winston with the objective of getting him to pay her to go away. Ms. Kinsman is motivated by the most insidious objectives -- greed."

Kinsman, a former FSU student, claims she was drunk at a Tallahassee bar in December 2012 when Winston and others took her to an apartment, where she says the quarterback raped her. Winston has repeatedly denied the allegations and said the two had consensual sex. Prosecutors have declined to charge Winston and FSU cleared him of any wrongdoing in a two-day student conduct hearing.

"This is an interesting choice by Mr. Winston," Kinsman's attorney, John Clune, said Saturday in response to the new filing. "The counterclaims put all of his prior misconduct front and center in the case by alleging injury to his `good reputation' and the burden of proof is now on him. Refusing to answer questions isn't going to work here. I'm not sure how well this will end up for him."

Despite a string of incidents that kept Winston in the headlines off the field, including being cited for shoplifting crab legs from a Tallahassee supermarket, Winston demonstrated an ability to block out distractions and thrive on the field.

The Buccaneers selected him No. 1 overall after spending nearly five months vetting the 21-year-old quarterback. Smith reiterated the team doesn't expect the lawsuits he's involved in to disrupt preparation for his first pro season.

"No, we do not think it will be a problem for Jameis to be focused on playing football here. Not at all," Smith said. "We all have things that we are dealing with off the football field. But guys know when it's time for football here, and it's about the Tampa Bay Buccaneers and doing our work."

Winston's filing repeatedly refers to Kinsman's claims as "lies," saying the encounter between the two was proven by medical evidence and two teammate witnesses to be nothing more than consensual. It says Kinsman chose to leave the bar and didn't object in the taxi ride to the apartment, or when the two got out, and that she later rode on Winston's scooter with her arms around his waist, then hugging him before she walked to her dorm. She did not dial 911, nor call or text family or friends to tell them what happened, the filing said.

"Ms. Kinsman has made the false statements in an effort to cause damage to Mr. Winston's reputation and to coerce and extort him to give her money and `make her go away,'" the attorneys wrote. "Ms. Kinsman was aware that Mr. Winston was likely to earn a substantial amount of money in salary, bonuses, and endorsements as a professional NFL football player."

Winston is the one who has actually suffered, the filing claims, saying Kinsman is guilty of defamation for repeatedly accusing him of "committing a crime that he did not commit."

Winston, who was at the start of rookie minicamp Friday and set to return Saturday, has not yet commented on his latest filing.

The Associated Press doesn't routinely identify people who say they're sexual assault victims. However, Kinsman told her story publicly in a documentary. The court filing obtained by the AP and first reported by The Tampa Bay Times said Winston requested a jury hear the matter.

Clash Of The Titans
Two smashmouth 8-3 AFC teams collide in Week 13. Jason McIntyre breaks down his best bets on that game and much more.
8 hours ago

The NFL’s Most Fascinating Team
The New York Giants have put themselves in position for a playoff spot by accepting their shortcomings and working around them.
16 hours ago

Colin Cowherd's Blazin' 5: Week 13
Colin Cowherd is back with his favorite five picks against the spread ahead of Week 13.
17 hours ago

Burrow's Road To Return
What did Joe Burrow's surgery entail? What will rehab look like? Dr. Matt Provencher answers those injury questions and more.
21 hours ago