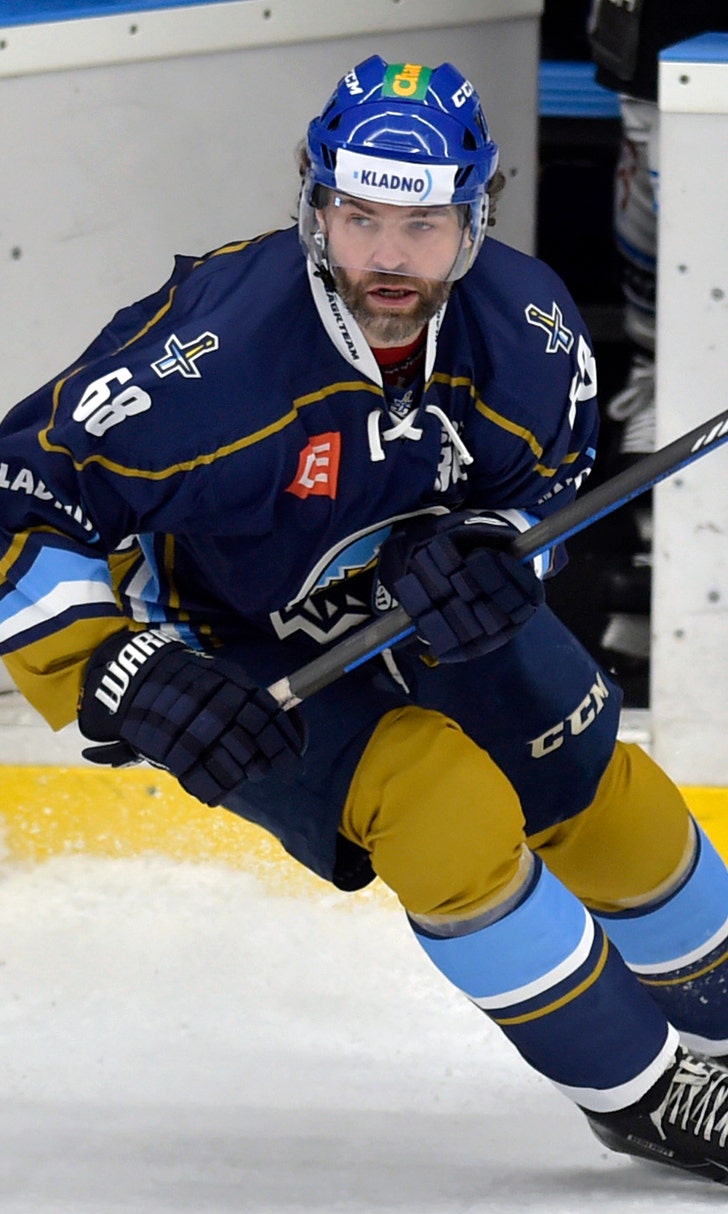 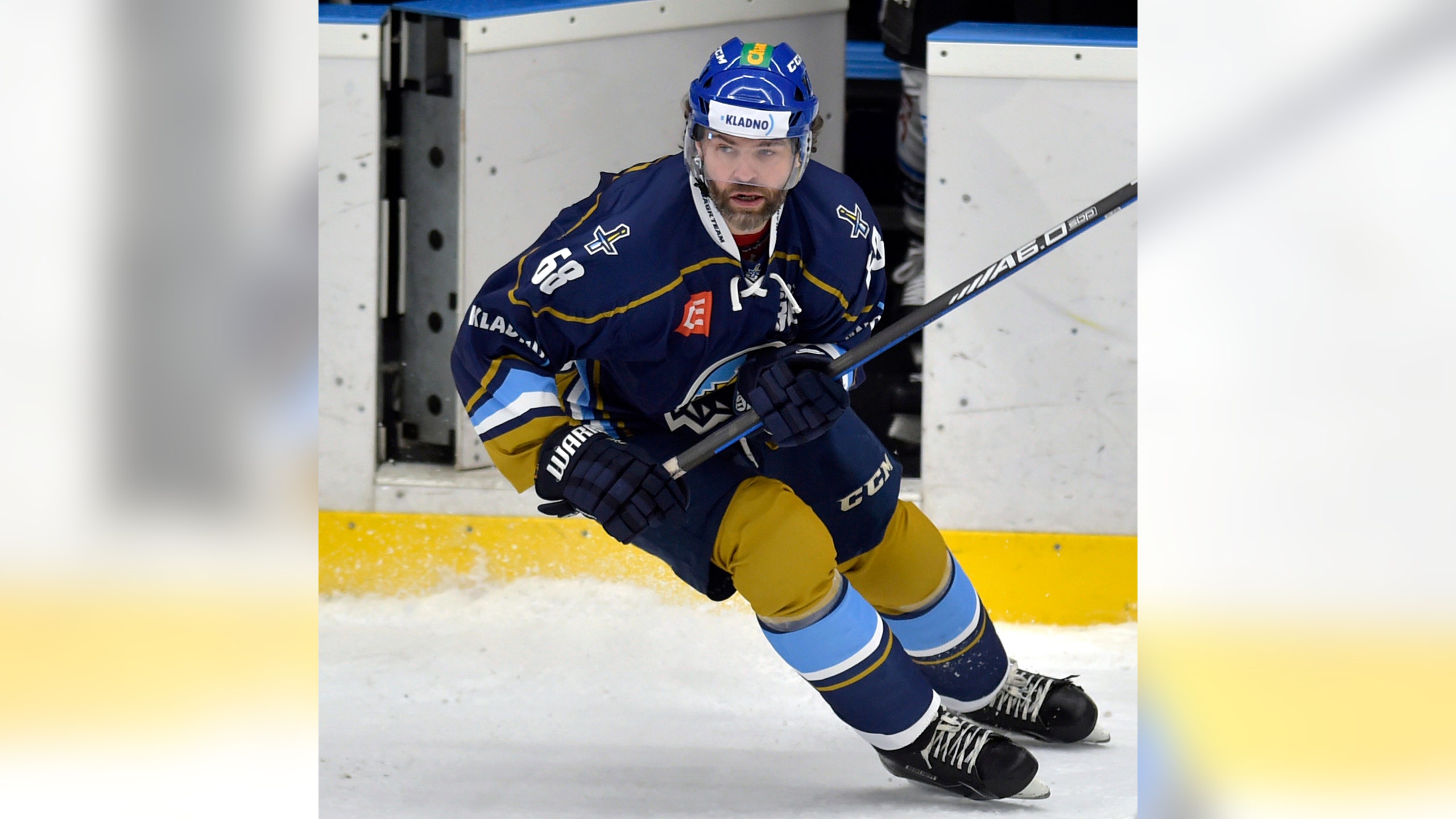 previous story
No. 10 Michigan State expects to be without Ward for weeks
next story
Ex-Man United winger Nani joins Orlando City of MLS

Jagr, back from injuries, plays in Czech second-league game

The Czech winger and 13-time NHL All-Star has recovered from a series of injuries that prevented him from playing for more than a year and appeared in a game Monday for the Kladno Knights, the hometown club he owns in the Czech Republic.

He didn't score in nearly 18 minutes but celebrated as Kladno, boosted by his presence, won 2-0 at Havirov in a Czech second-league game.

"Above all, I'm happy that I was finally able to play," Jagr said. "It's not easy in my age just to train."

Kladno, in fourth place, is seeking to reach the playoffs and qualify for the top league. It is 13 points behind first-place Jihlava but trails second-place Vsetin by three points with three more regular season games to go.

Jagr returned home after the Calgary Flames released the NHL's second all-time leading point-scorer on Jan. 28, 2018, but he was injured in his fifth game for Kladno.