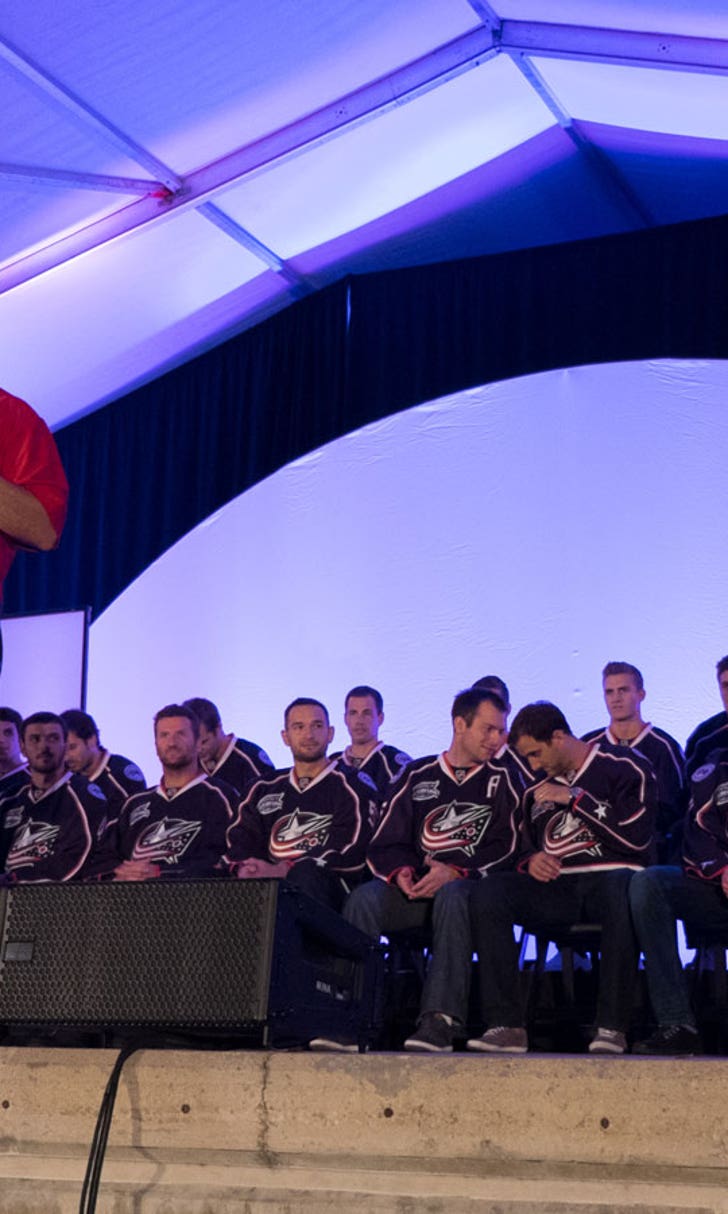 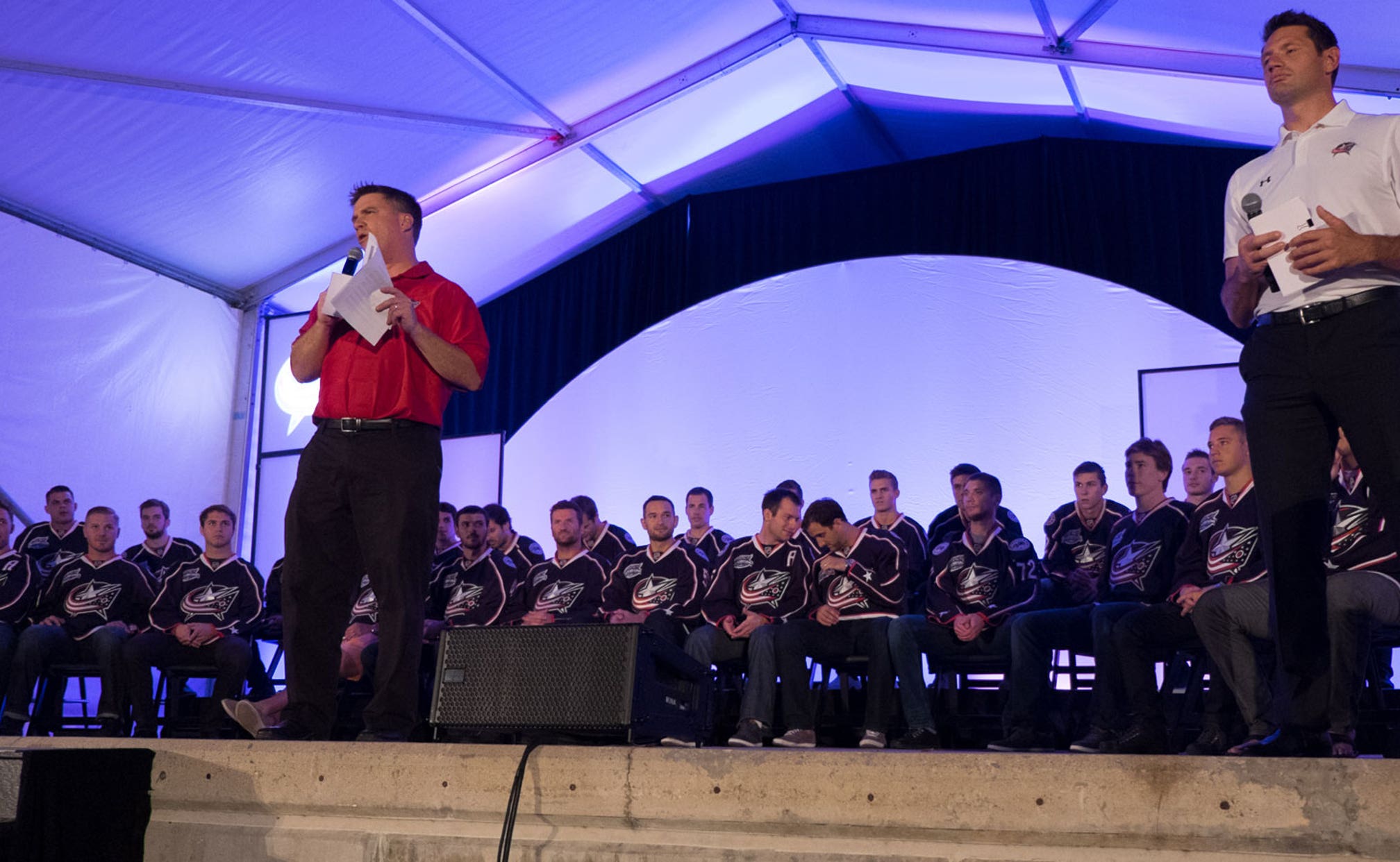 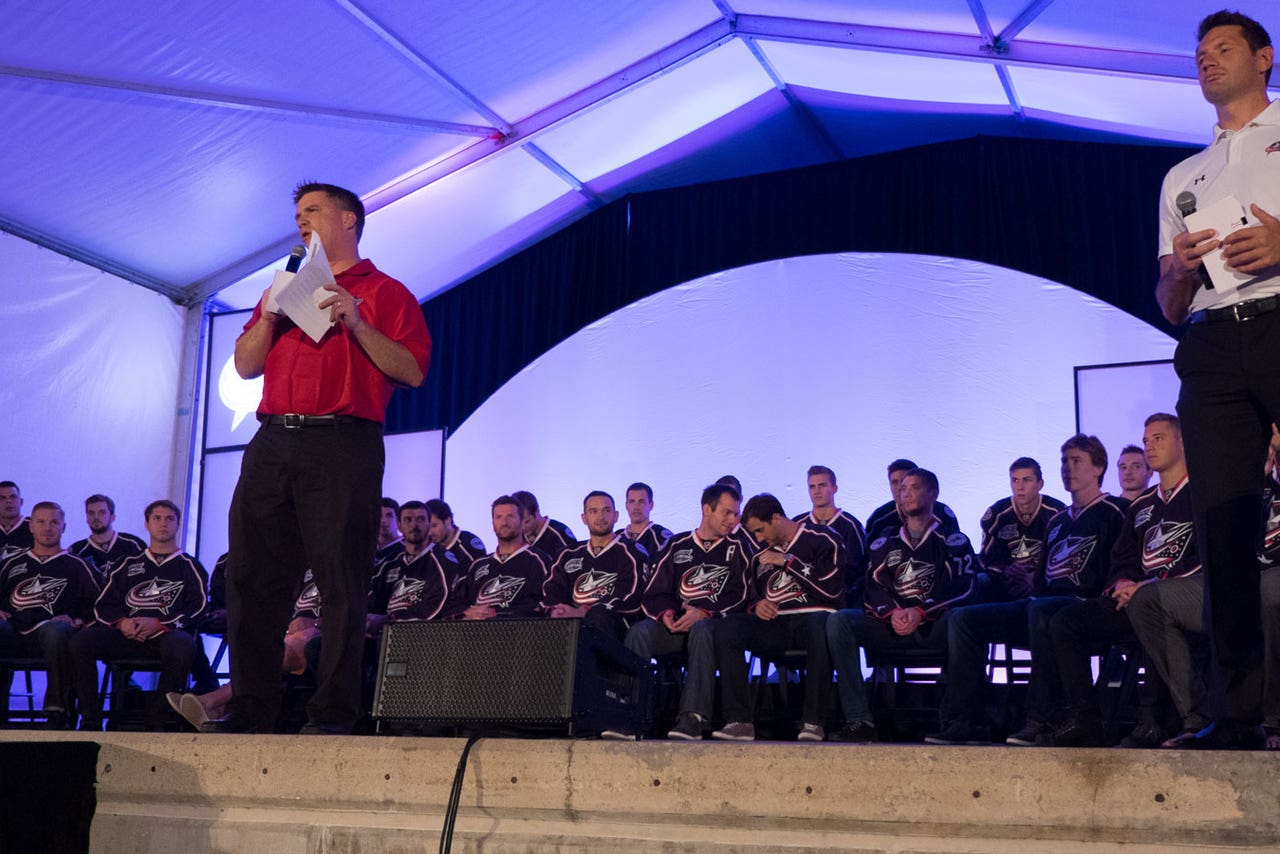 In a week, the Columbus Blue Jackets will be playing the first regular season games of the 2014-15 season and their sights will be set on returning to the postseason and continuing their winning ways. What better way to get ready than to spend a night at the Columbus Zoo?

Thursday night, full season ticket holders were invited to walk among the alligators, armadillos, penguins and flamingos and attend the annual meet the team event put on by the Jackets.

Brad and Clair Turk from Westerville are entering their fourth year as season ticket holders. This year marked their third zoo event and they appreciated the time they get to spend with players outside of the rink.

"I love the interaction with the players and team personalities," Clair said. "There's just a lot more interaction than you get at other places."

While the Turks were enjoying a repeat trip to the event, they also were happy to share the evening with their friend, and first time season ticket holder, Amy Turnbull from Obetz.

Turnbull had attended a few games when the team first came to Columbus, but to spend time with her friends who were avid hockey fans, she started attending more games. She found additional friends through the Jackets' fan group Arch City Army, and was compelled to sign up for a full season of tickets this year.

"Tonight is even bigger than I expected," Turnbull said. "There's people everywhere, and there's all kinds of stuff to do from the bags they give you to all the autograph sessions."

Turnbull was collecting team signatures on a Blue Jackets flag and the Turks had a jersey that is slowly getting the players' autographs added one at a time. 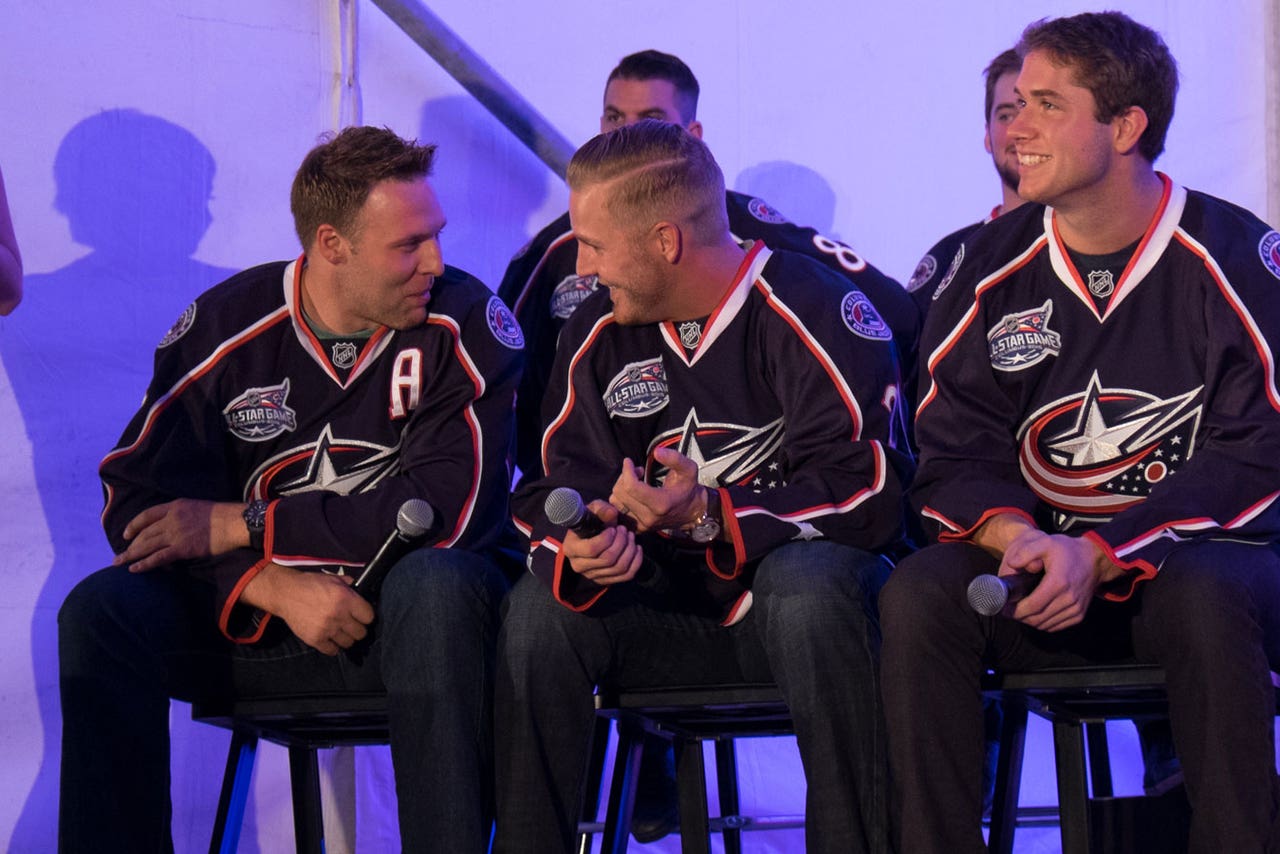 Blue Jackets Defensemen Jack Johnson, James Wisniewski and Ryan Murray laughed over personal stories and jokes from the team that were shared as part of the annual meet the team event at the Columbus Zoo.

But the highlight for many was the program focused on meeting the team.

"The introductions of the players and the game show they usually do is my favorite part," Brad said. "It's always hysterical to see the reactions from the players, and they aren't talking hockey, they're just talking about themselves."

During the one-hour program, players reflected on last season and gave fans a glimpse into some good-natured teasing that happens within the team. This year's game show was "who said it" where players tried to guess which teammate answered certain questions.

"You get some insight into who the players are," Clair said.

But most of all the evening was about thanking the fans. One of the newest Jackets, Scott Hartnell, called Jackets fans intense and acknowledged the fan movement "We are the 5th Line." 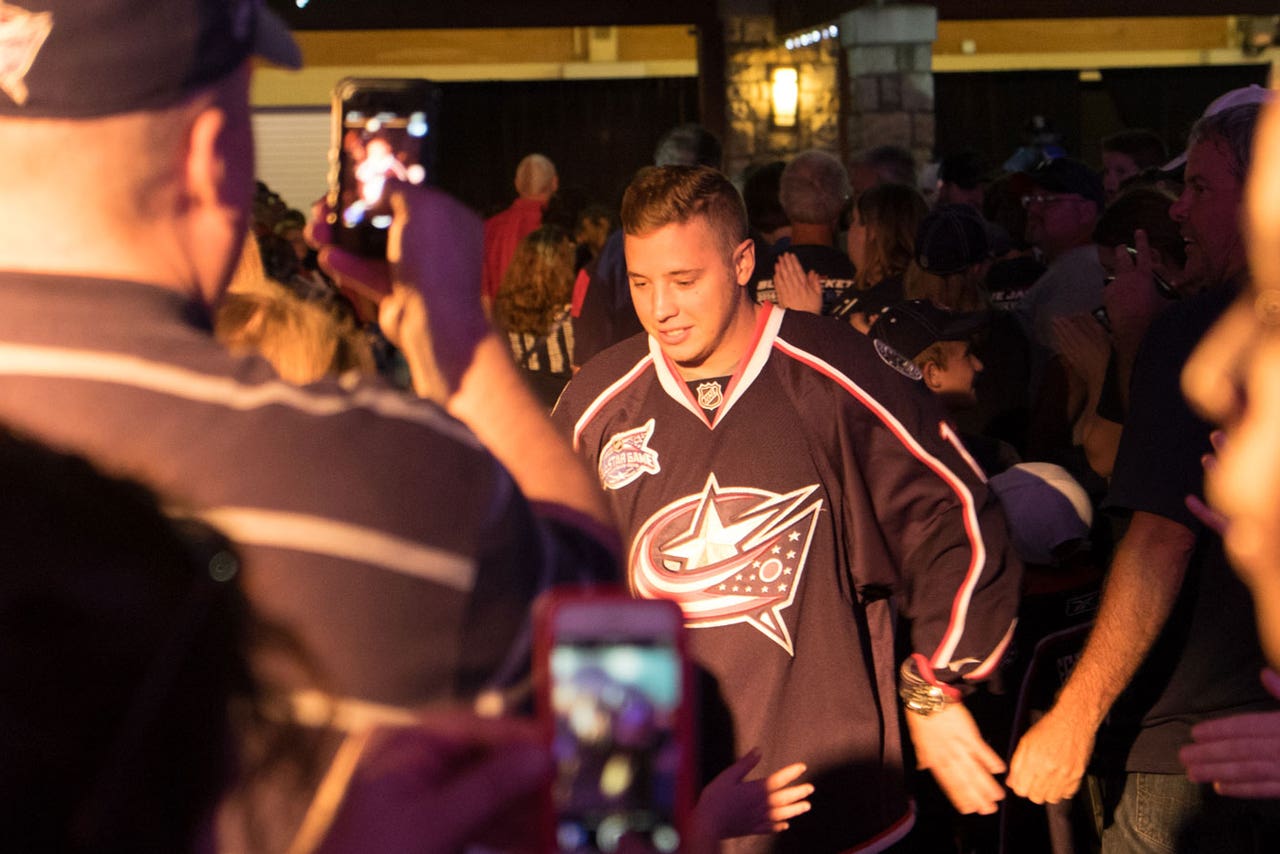 "I love 'We are the 5th line," Hartnell said from the stage. "The symbolism of that is great."

The fifth liners in attendance agreed. Turnbull acknowledged that events like Thursday night are part of the reason she became a season ticket holder. And it says a lot about the team in her eyes.

"They doing it for the fans," Turnbull said. "You always hear that they're really excited about their fans and they do a lot of stuff for them and tonight proved that, it was a lot of fun."

In addition to visiting the zoo, season ticket holders were able to collect autographs, enjoy dinner, participate in a raffle and collect other giveaways from the team and team partners.

The Jackets are 6-1-0 in the preseason. Their final preseason game is against the Nashville Predators Oct. 4. Puck drops at 7 p.m. at Nationwide Arena. Information on tickets for the pre and regular season can be found by calling (800) NHL-COLS or by visiting BlueJackets.com.