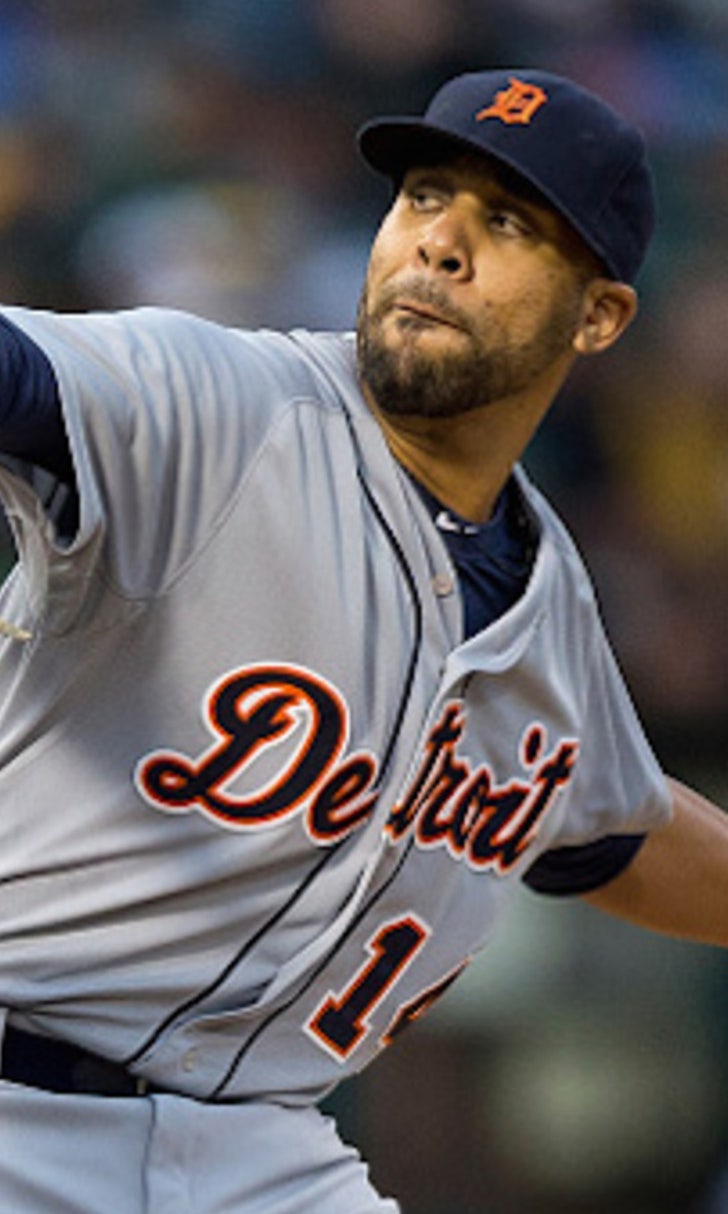 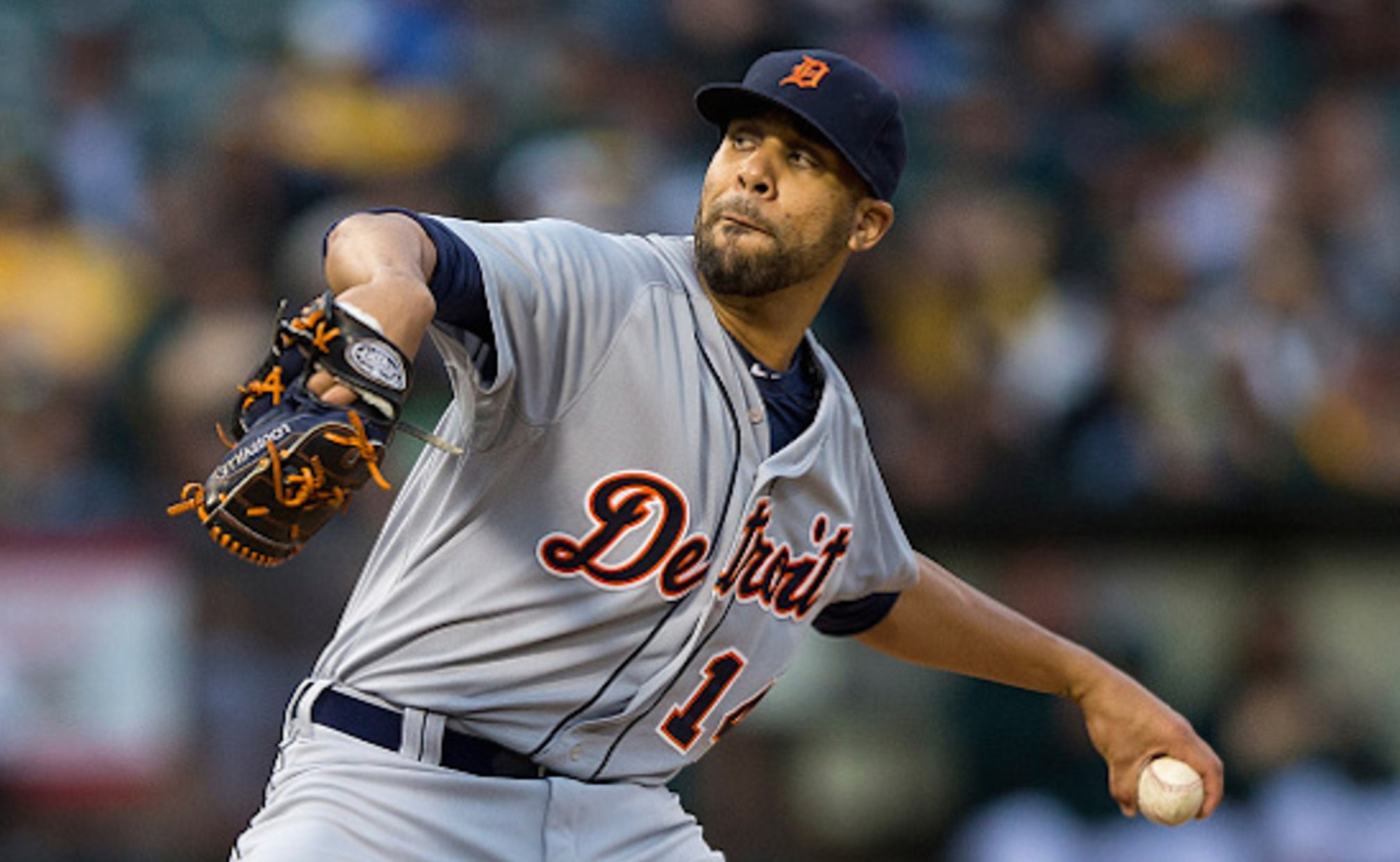 Is the MLB trade deadline turning into a buyer's market? 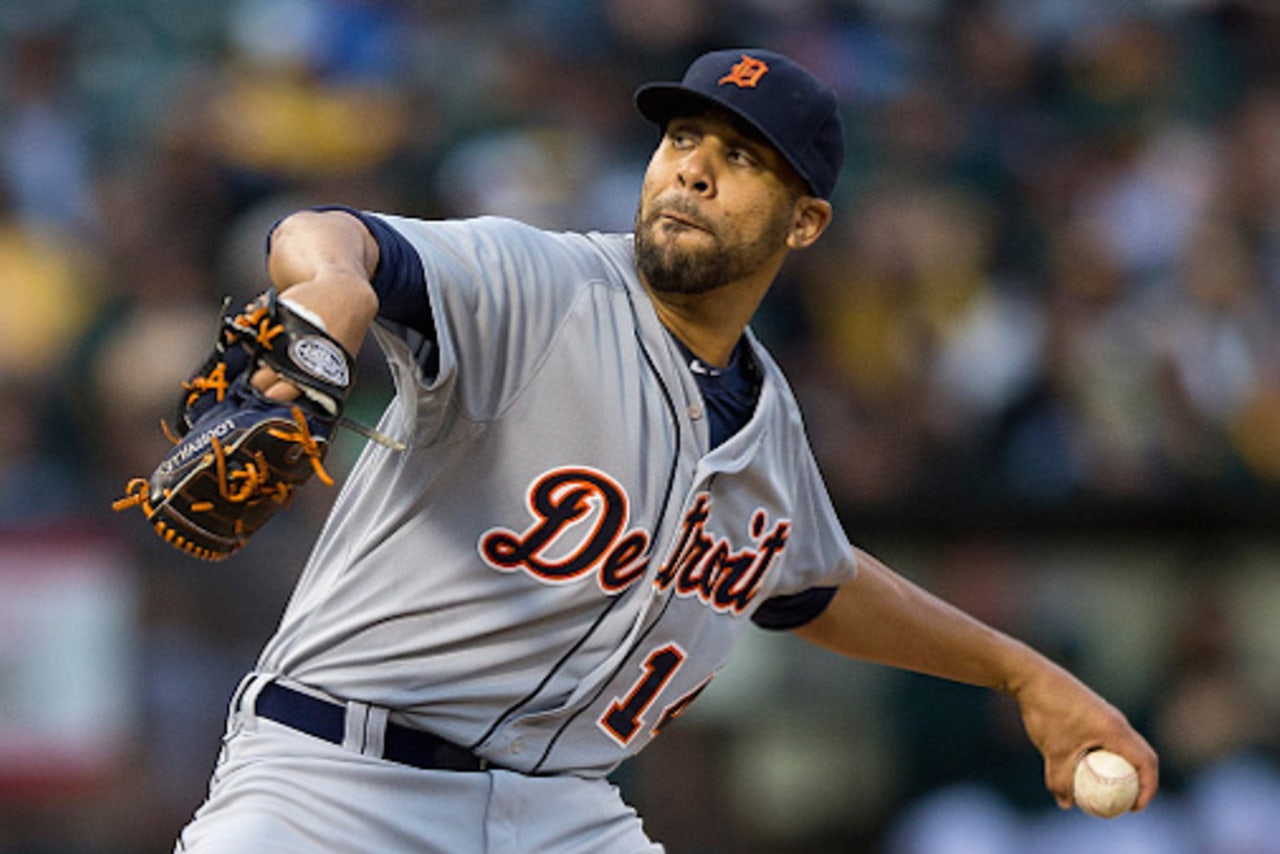 On Thursday, we had our first notable trade as we head toward the deadline, with the A’s officially throwing in the towel by shipping Scott Kazmir to the Astros for a couple of A-ball prospects, one of whom looks pretty interesting. But given that Kazmir is a pretty high-quality starter without any kind of significant financial commitment beyond this year, the return for his services seems a bit light on the surface, especially given that it looked like we might have an extreme seller’s market a few weeks ago.

In that piece, I stated that I saw “20 to 22″ teams looking to add talent, with a few more just riding out their rosters for the remainder of the season, leaving only “5 to 8 teams” serving as the supply source of talent at the deadline. Those assumptions now look pretty poor, especially when it comes to starting pitching. Many of the bubble teams that looked like they could have swung toward buying have instead fallen off by the wayside and are now looking to the future, and they all happen to have starting pitching to trade.

As a result, supply and demand for starting pitching seem to have evened out, and we might even be in a situation where there are more starting pitchers available than open spots that contenders are looking to fill.

Realistically, the Dodgers need two starters, and the Royals probably do, too, with the Blue Jays desperately looking for one, and the Cubs and Yankees also looking to upgrade their rotations if the price is right. That’s a gross demand for seven pitchers, though we could get that up to nine if we include the Rangers and Red Sox on the demand side of things; even though neither is a 2015 contender, both are reportedly still shopping for controllable arms to help them for next year. Someone else — maybe Pittsburgh, St. Louis, or Minnesota — might jump into the market for pitching as well, but right now, it looks like there’s aggregate demand for 7-9 starting pitchers.

And there are at least that many available arms. The Reds are selling Johnny Cueto and Mike Leake, the Marlins are shopping Mat Latos and Dan Haren, the Phillies have Cole Hamels perpetually available, the White Sox will move Jeff Samardzija, the Rangers are reportedly looking to deal Yovani Gallardo, and the Padres have apparently made their entire rotation available, with Ian Kennedy the most likely to go. If we assume the Padres will only deal Kennedy and keep their three guys under control for next year, then that group provides an aggregate supply of eight available starters, right in line with our estimate of demand.

But by the end of the weekend, the supply could continue to increase, and potentially in significant ways. If the Tigers put David Price on the block, that would have a cascading effect on everyone else’s value, as he’d probably go to the top of the list in terms of desirable starting pitchers. The Mariners could put Hisashi Iwakuma in play as well, and if both the Tigers and Mariners decide to move their free-agent-arms-to-be, we’d be looking at nine rental pitchers available, plus Hamels, meaning that there would be enough short-term assets available to meet the demand even without dipping into the reserve of controllable assets who could be had if a team put together an aggressive package.

And if the Rangers don’t land Cole Hamels, demand will probably decline rather than increase, as they seem to only really be in the market for him, and not any of the rest of the guys floating around the rumor mill. Right now, I’ve got the Rangers in both the supply and demand category, but if Hamels goes elsewhere — or doesn’t go anywhere at all — they’re likely to pivot out of buying and solely act as a seller. The Yankees are also making noises about having a quiet deadline, and with Masahiro Tanaka and Michael Pineda pitching well, they don’t necessarily have to trade for a starter; if they bow out of the bidding as well, we could be looking at only four teams buying starting pitching over the next week.

That’s probably an unlikely scenario, as even if the Rangers and Yankees decide not to buy, that will probably drive prices down low enough to bring in one of the on-the-bubble buyers, and maybe the Twins or Pirates would swoop in at that point and pick up one of the lower-tier arms. I’d be surprised if fewer than seven starting pitchers changed teams over the next week, and it’s probably going to be more like eight or nine.

But the Padres are a problem for teams selling pitching, because if they decide to blow up their rotation and move one of James Shields, Tyson Ross, or Andrew Cashner in addition to Kennedy, then we’re definitely going to be in a situation where there are more available arms than the contenders are demanding. And if Toronto ends up with a guy like Mike Fiers or Carlos Carrasco — the Blue Jays been rumored to be looking into both — instead of Hamels or one of the rentals, then those teams selling pending free agents could see their options dry up quickly.

Particularly, I think the Marlins are the most vulnerable here, with two mid-level rent-a-pitchers who don’t seem to be at the top of anyone’s wish list. Latos offers enough upside to be interesting but has reportedly burned a lot of bridges in his time with three different organizations, and a few months of a good-not-great starter who might be a pain in the rear to have around is easy to pass up when there are so many alternatives. And while Dan Haren has a shiny 3.46 ERA, he is mostly a strike-throwing fifth starter at this point, with declining peripherals that suggest you probably don’t want to hand him the ball in a playoff game. If an oversupply leaves anyone without a spot on a contender down the stretch, I’d guess it would be one of those two, and it could end up being both.

But there is a counter-balance to this that I think might make this rush to call this a buyer’s market a bit premature; the Qualifying Offer. The potential addition of a fairly valuable draft pick gives most of the potential sellers a fallback plan that they can use as a price floor. If we do end up in a situation with 10 or 11 available starting pitchers and only six or seven spots for them to land, the White Sox could just decide to keep Samardzija for the next few months, especially if the offers aren’t much different than what the A’s got for Kazmir.

Jacob Nottingham, after all, looks like a back-end Top 100 guy; Kiley wrote yesterday that he’ll get a grade of 50 FV, which would put him in the same range as players who ranked from 80 to 142 on his pre-season Top 200. Based on the recent studies of prospect valuations, that kind of prospect has an estimated value of about $10-$15 million, not that different from the value of a draft pick in the 25-35 range.

There are benefits to trading for a prospect instead of taking a draft pick; you don’t have to pay the signing bonus of the prospect — and maybe not the salary of the guy you’re trading either — plus you also get a guy who is likely in closer proximity to the major leagues. So a trade is preferable to the pick, but then again, having Samardzija for the rest of the season is likely preferable to throwing out some Triple-A call-up for the last two months. And the value of putting a better product on the field for the stretch run has to be factored in as well.

But the Qualifying Offer does provide a price floor for the better rental pitchers on the block. If teams start trying to low-ball on Samardzija, Leake, or Iwakuma (who is eligible for a a Qualifying Offer), the sellers can tell them to go pound sand. And removing those guys from the supply side of things could restore some balance to the market.

But the QO is probably not in play for guys like Latos, Haren or Kennedy, and Gallardo is a guy who would be a tough call on making the offer, so the Marlins, Padres and Rangers are probably the ones most likely to get squeezed if this market does end up swinging to the buyer’s side of things. And that alone may be reason enough for the Padres to take Shields, Ross and Cashner off the market until after they find a new home for Kennedy; they could be undermining the value of a piece they need to move by trading a piece they don’t.

Of course, if there isn’t much demand for Kennedy in the first place — he’s having a pretty crappy year, after all — then the Padres shouldn’t be too concerned with nuking the value of a bunch of other available starting pitchers. And along with the Tigers, they’re probably the key to this whole thing. If, over the next week, Price and Shields do get traded, that’s some seriously bad news for everyone else selling pitching, and at that point, it probably will be a full-fledged buyer’s market for starting pitching, with a few contenders reaping the rewards of drastically diminished prices.

In the end, though, I’m guessing the Tigers keep their team together and the Padres keep their controlled guys, and we end up with a mostly balanced market that helps find new homes for most every pitcher available. Perhaps a guy like Haren will get left without a chair, but I still don’t quite see this as a scenario where supply dramatically outstrips demand. We could get there if Detroit and San Diego decide to dump their pitchers, but I’m not sure we’re there just yet.