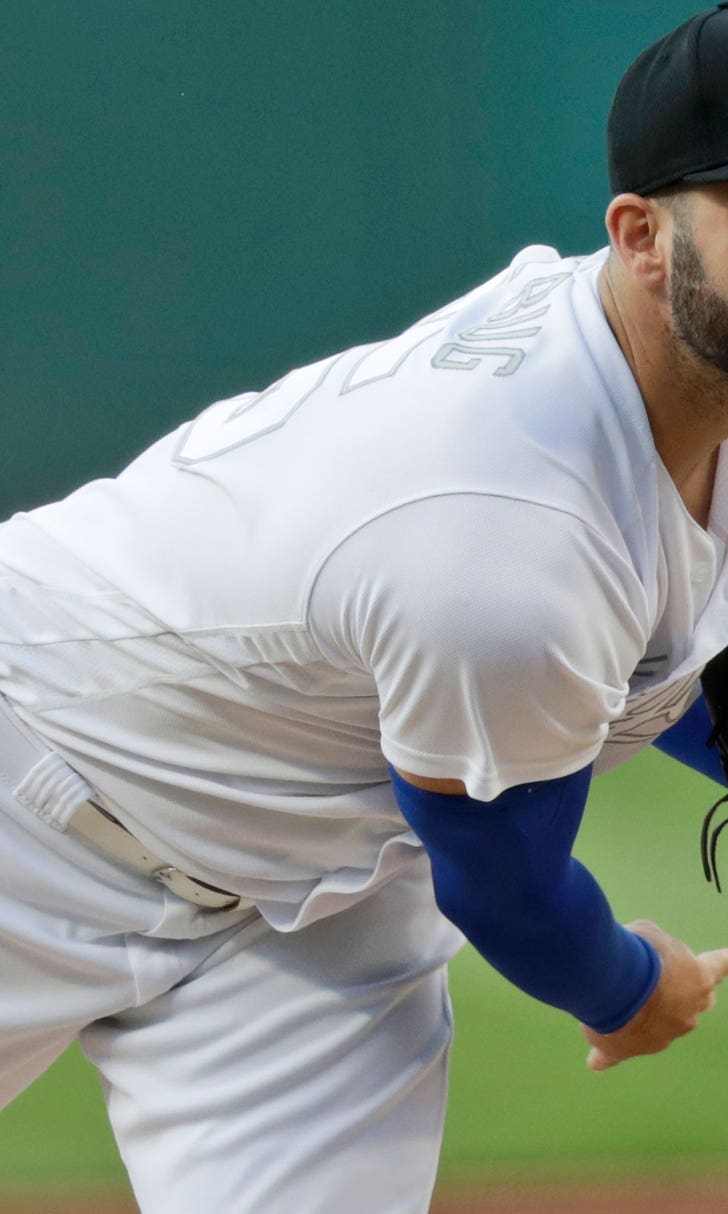 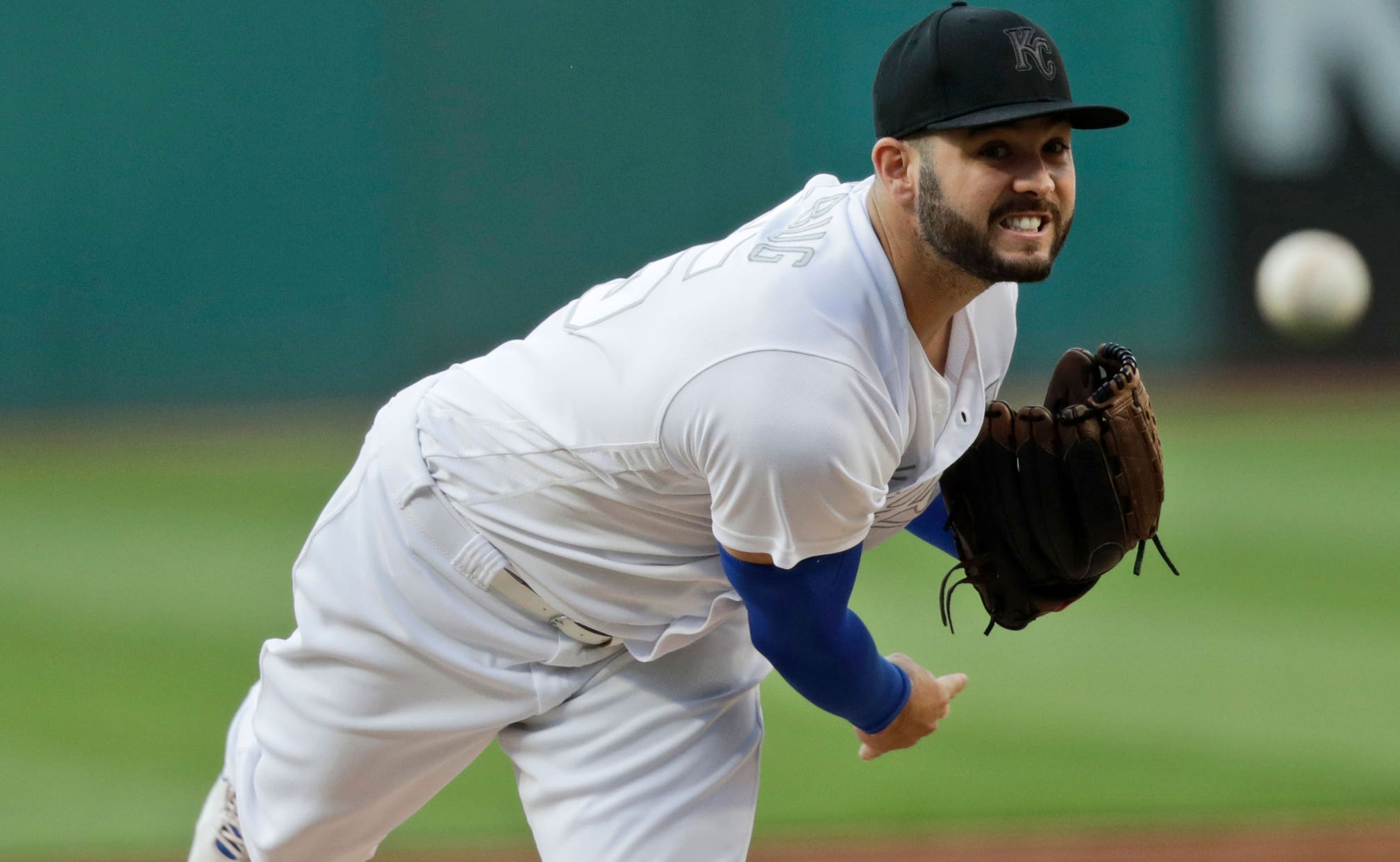 Indians get to Junis early, Royals fall 4-1 in opener 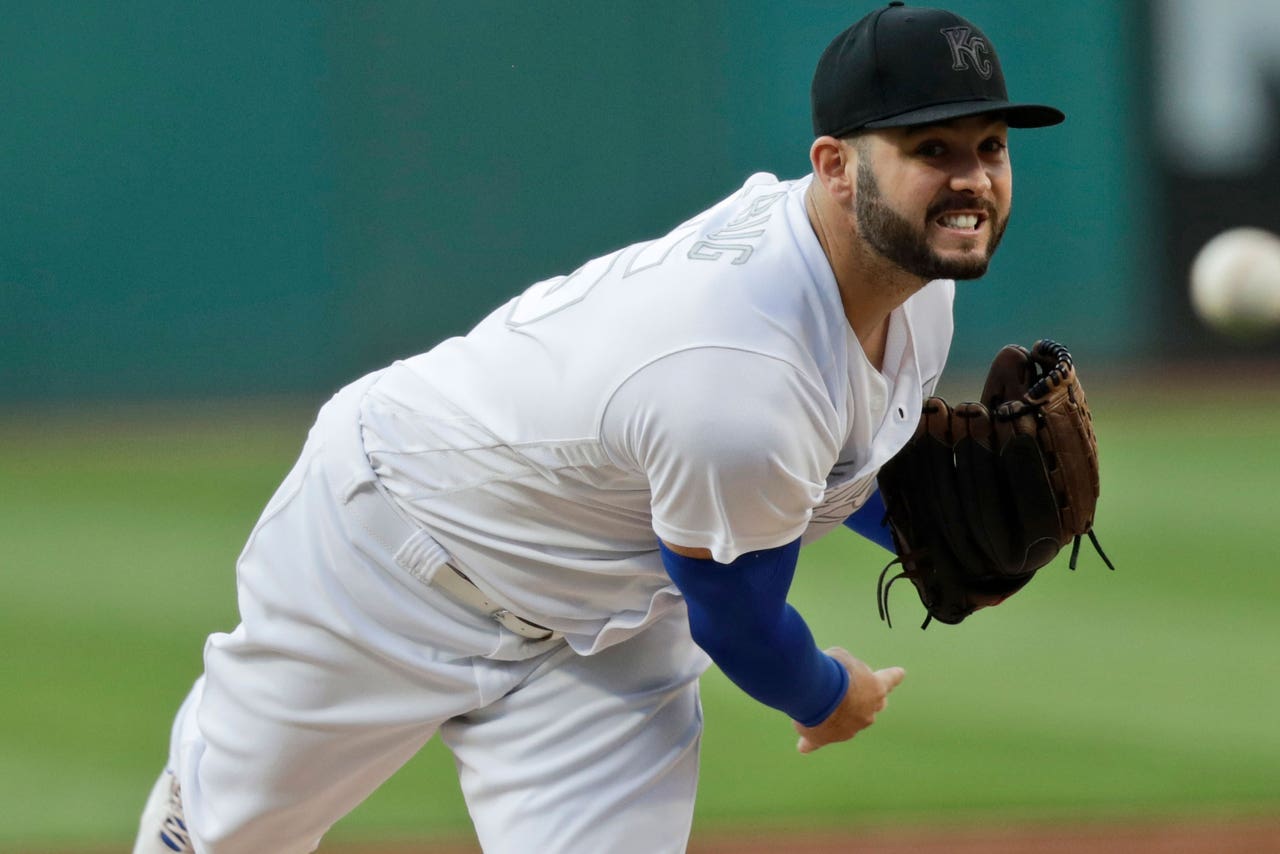 Brad Hand bounced back from his recent struggles to record his 30th save and Cleveland defeated the Kansas City Royals 4-1 on Friday night.

Hand had blown three consecutive saves and allowed seven earned runs and 13 hits over five innings in his previous five appearances. Francona maintained his confidence in Hand despite the left-hander's numbers.

"When you blow a game, it's basically all on you," he said. "You're the person that cost the team a win. This has probably been my worst stretch that I've had in a long time, which makes it a little tougher. You have to believe in yourself and, hopefully, things will start going the right way."

Hand gave up a leadoff single to Alex Gordon in the ninth. Pinch-hitter Cheslor Cuthbert bounced into a double play, extending his hitless streak to 0 for 39, and Bubba Starling grounded out to end the game.

Francisco Lindor hit a two-run homer when Cleveland scored four times in the second inning, giving his team a much-needed boost. The Indians had lost seven of nine, including a 2-5 trip to New York that ended with a three-game sweep to the Mets.

The All-Star shortstop hit his 22nd homer, a blast to right field off Jakob Junis (8-12) to give Cleveland a 4-0 lead. Tyler Naquin also had a two-run single in the inning.

Rookie Zach Plesac (7-4) allowed one run in 5 2/3 innings. The right-hander is 3-0 in three starts against Kansas City this season.

Cleveland split four games with the Yankees and was swept by the Mets. The 2-0 loss Thursday night was called in the eighth inning after two rain delays totaling almost three hours. The Indians' flight to Cleveland arrived around 4 a.m. Friday.

"We had good energy anyway," Francona said. "You don't want to let games get away because you're tired."

Plesac took a two-hit shutout into the sixth when Nicky Lopez led off with a single. Plesac retired the next two hitters before Hunter Dozier hit a line drive to center. Oscar Mercado attempted to make a diving catch, but the ball sailed past him and rolled to the wall, giving Dozier an RBI triple.

Junis allowed four runs in four innings and is 1-4 in six starts against Cleveland this season. Lindor is batting .500 (16 for 32) with four homers and 12 RBIs lifetime against the right-hander.

"I left it thigh-high and in to Lindor, which I didn't want to do," Junis said. "In that second inning, I just couldn't limit the damage. That was basically the story of the night."

The Royals were in Boston on Thursday to complete a suspended game from Aug. 7. The Red Sox scored in the 10th for a 5-4 win and the completion of the game took 12 minutes.

Yasiel Puig, who had the nickname "Wild Horse" on his uniform as part of the Players' Weekend, broke an 0-for-15 slump with a first-inning single. He also made a long run to catch Starling's fly ball in shallow right field in the second.

Indians: RHP Carlos Carrasco will pitch in his third rehab game at Triple-A Columbus on Sunday as he continues his comeback from leukemia. Carrasco will make a couple of more minor league appearances before a decision is made whether he'll rejoin the Indians.

Royals left-hander Eric Skoglund will be recalled from Triple-A Omaha and start the series finale Sunday.

Francona said Corey Kluber will have more imaging tests done on his strained oblique that shut down his rehab assignment this week. The Indians hoped the two-time Cy Young Award winner was close to returning from the broken right forearm that had sidelined him since getting struck by a line drive May 1.

Royals: RHP Glenn Sparkman (3-8, 5.40 ERA) is winless in six starts since throwing his first career shutout against the White Sox on July 16. He is 0-2 with a 9.37 ERA in three starts against the Indians this season.

Indians: RHP Mike Clevinger (8-2, 3.11 ERA) is riding a seven-game winning streak over nine starts since July 3. He's also 8-0 in his career against the Royals.