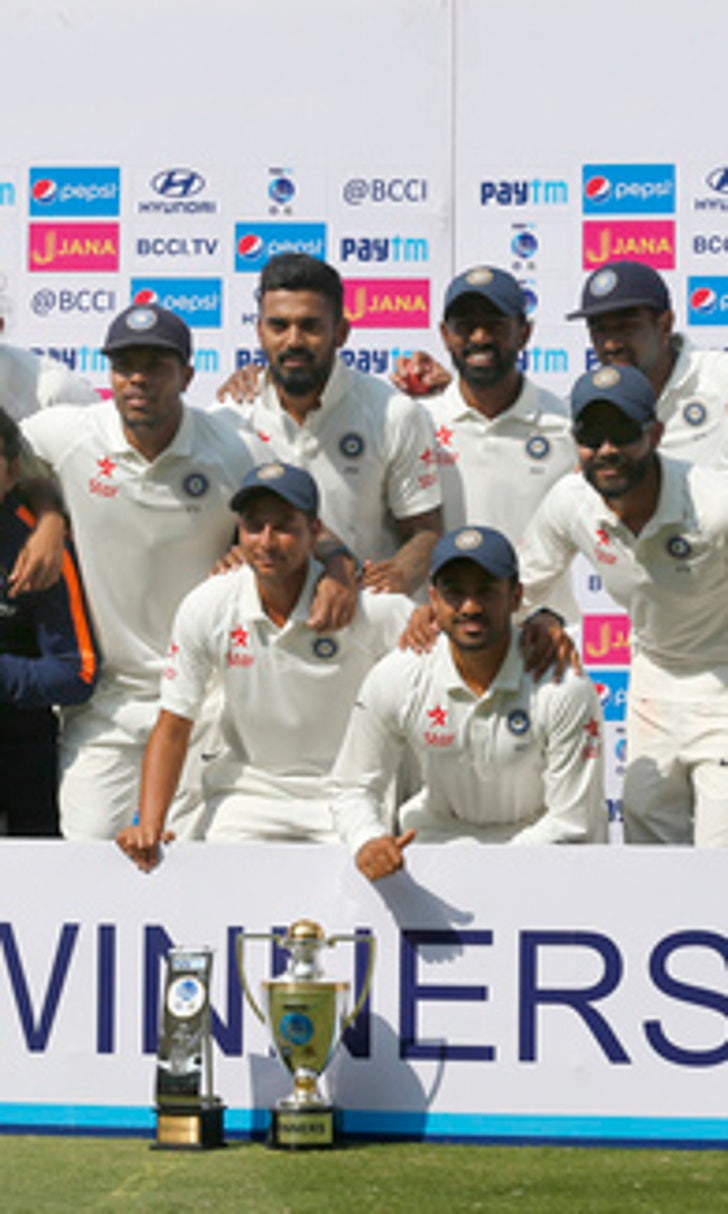 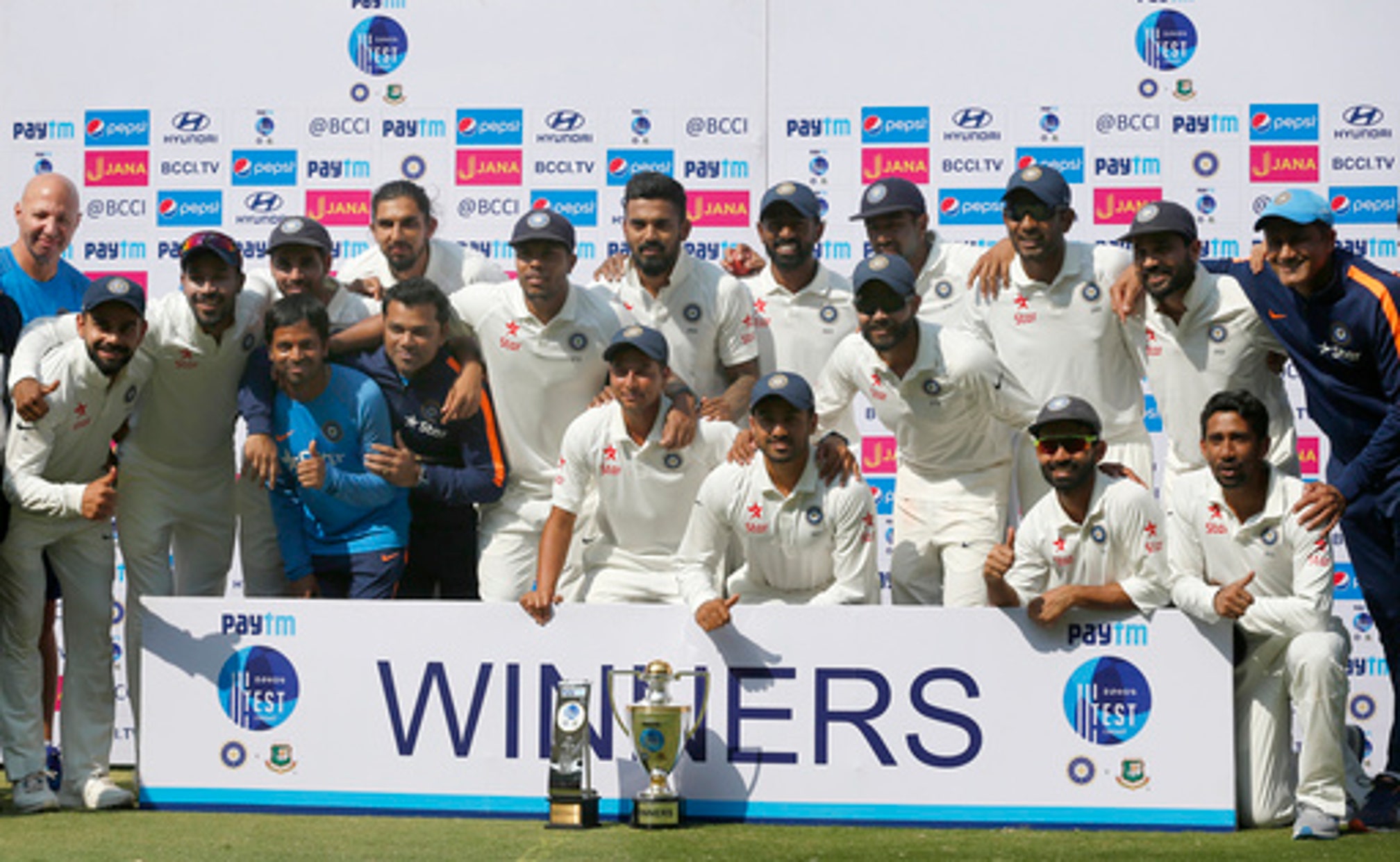 MUMBAI, India (AP) The India selectors have stuck with a winning combination, retaining the 16-man squad from the test victory over Bangladesh for the first two tests against Australia.

India beat Bangladesh by 208 runs in a one-off test on Monday, following home series wins over England and New Zealand, and will start the four-match series against Australia as hot favorite.

Virat Kohli's squad is on a 19-test unbeaten streak, and has been unbeatable on home soil in its last 20 tests, winning 17 and drawing three.

Australia holds the Border-Gavaskar Trophy after winning the four-match series 2-0 in Australia in 2014-15, but was swept 4-0 in the previous tour to India and has lost its last nine test matches in Asia.

Australia will play a warmup against an Indian XI this week, and the first test starts on Feb. 23 in Pune.