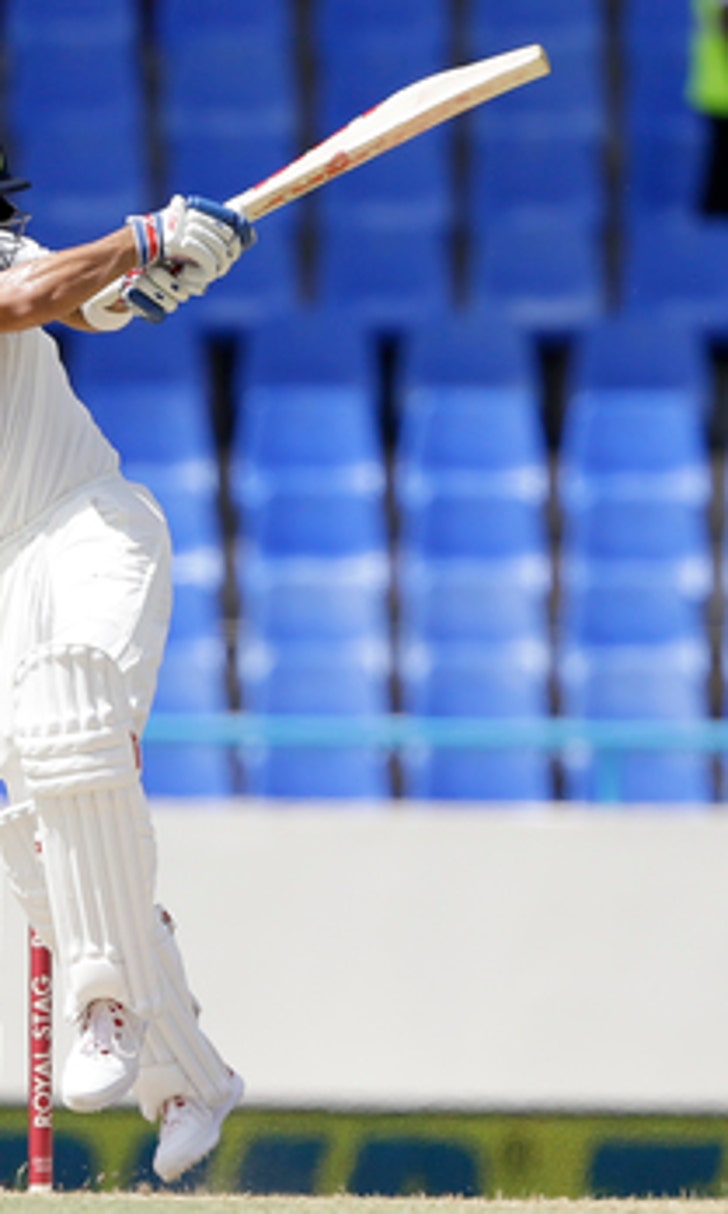 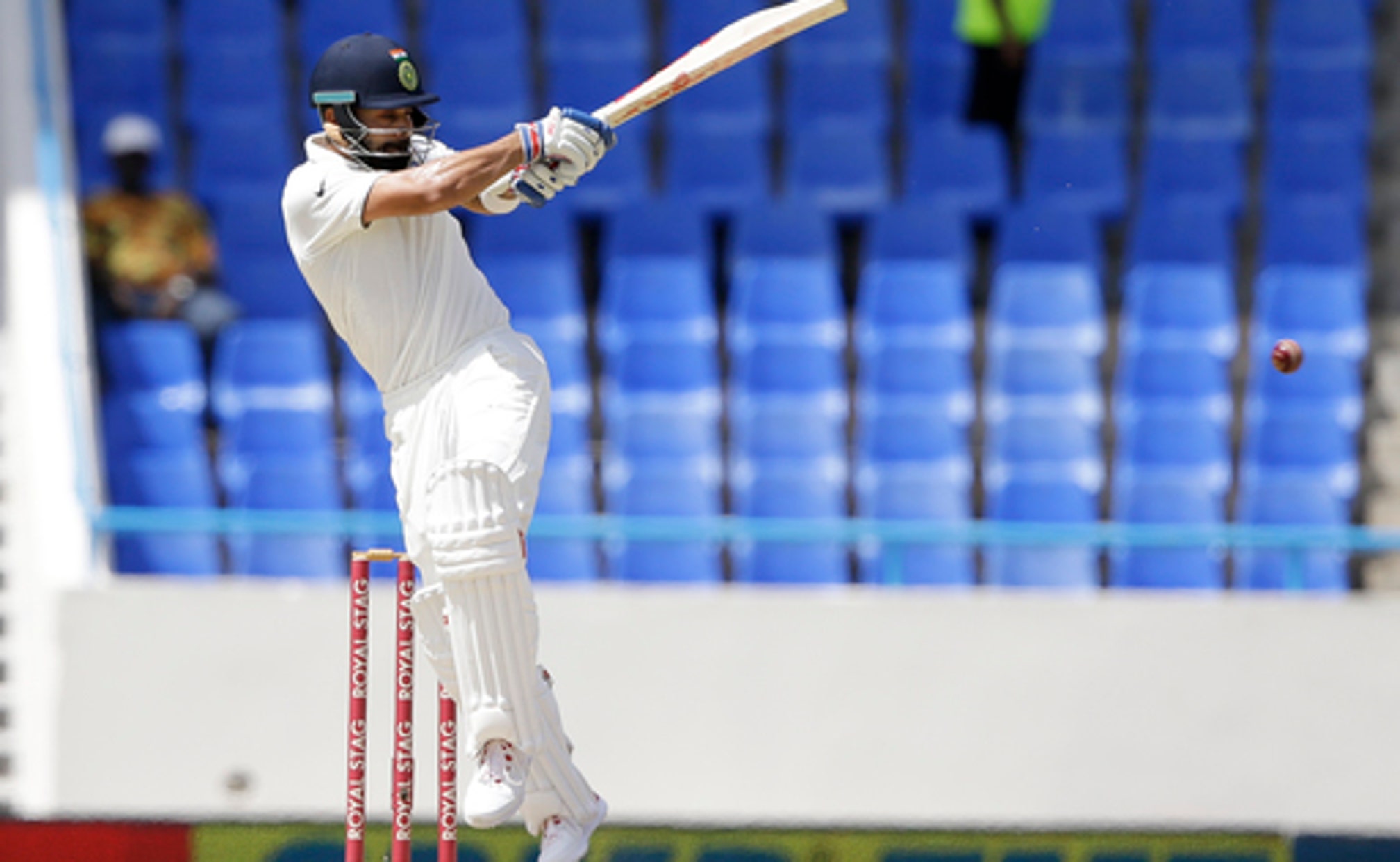 ST. JOHN'S, Antigua and Barbuda (AP) Captain Virat Kohli hit his maiden test double century and anchored India to 404-4 at lunch on the second day of the first test against West Indies on Friday.

Kohli became the first Indian captain to score a double century overseas when he clipped off-spinner Roston Chase for a single in the last over before the interval. He was unbeaten on 200 with 24 fours.

Kohli and Ravichandran Ashwin (64 not out) saw off the second new ball after India resumed its first innings on 302-4.

Fast bowler Shannon Gabriel could have separated the pair with India on 344 but wicketkeeper Shane Dowrich badly dropped Ashwin as the batsmen stretched their fifth-wicket partnership to 168.