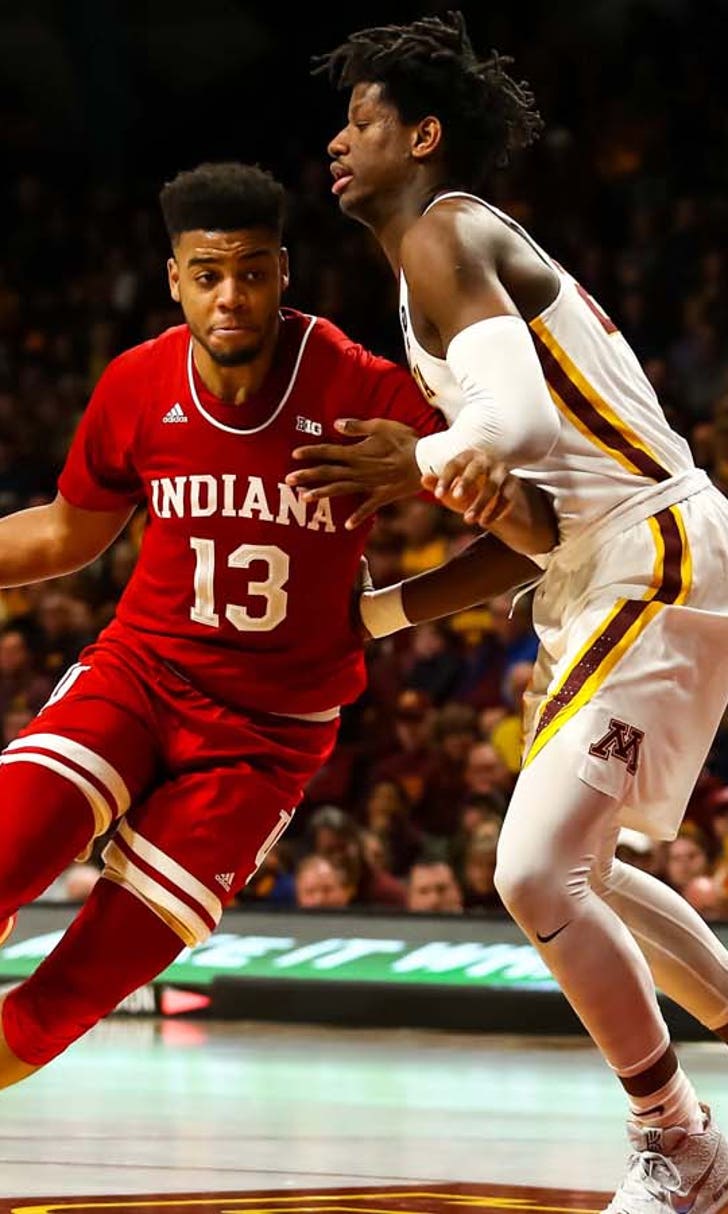 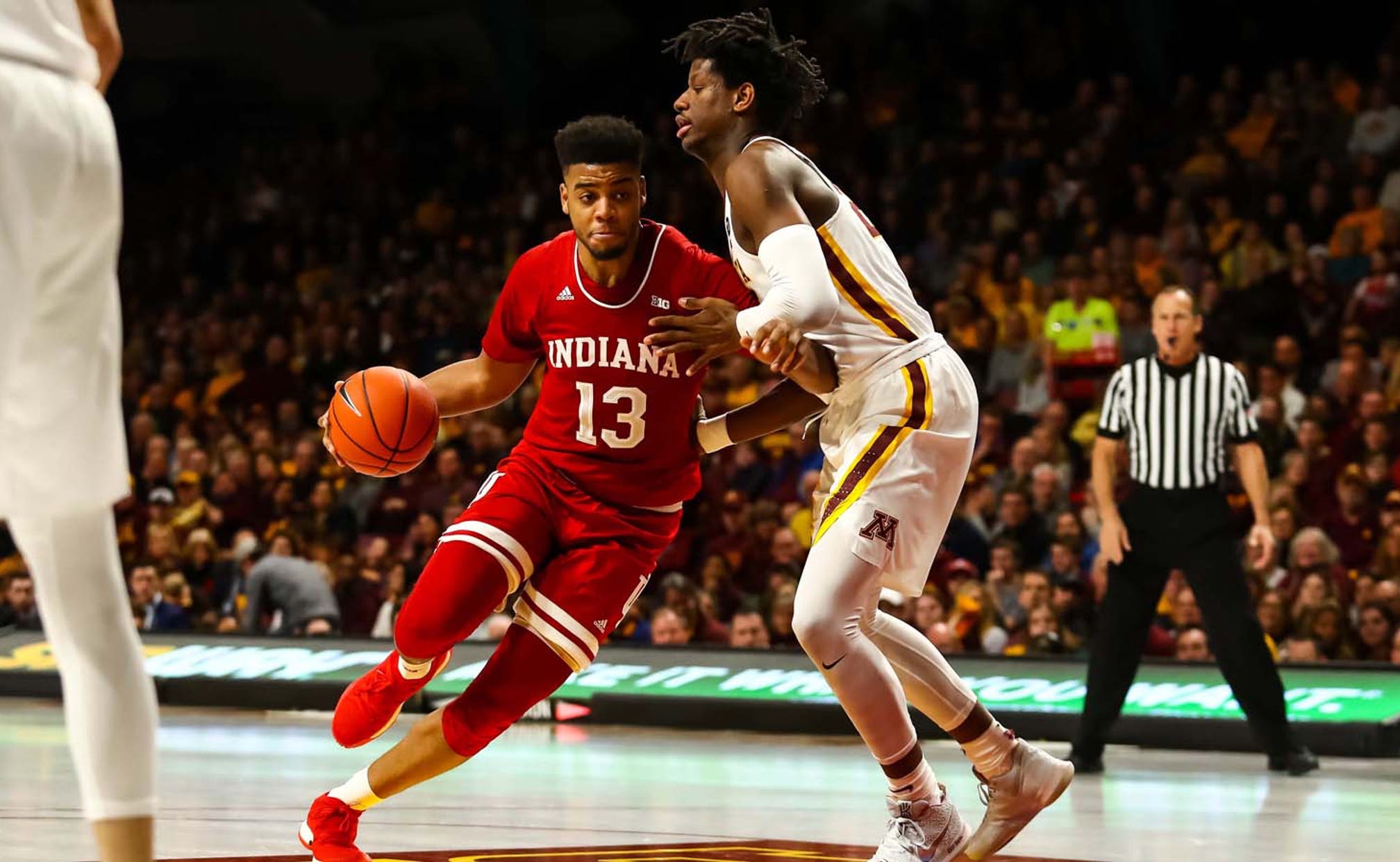 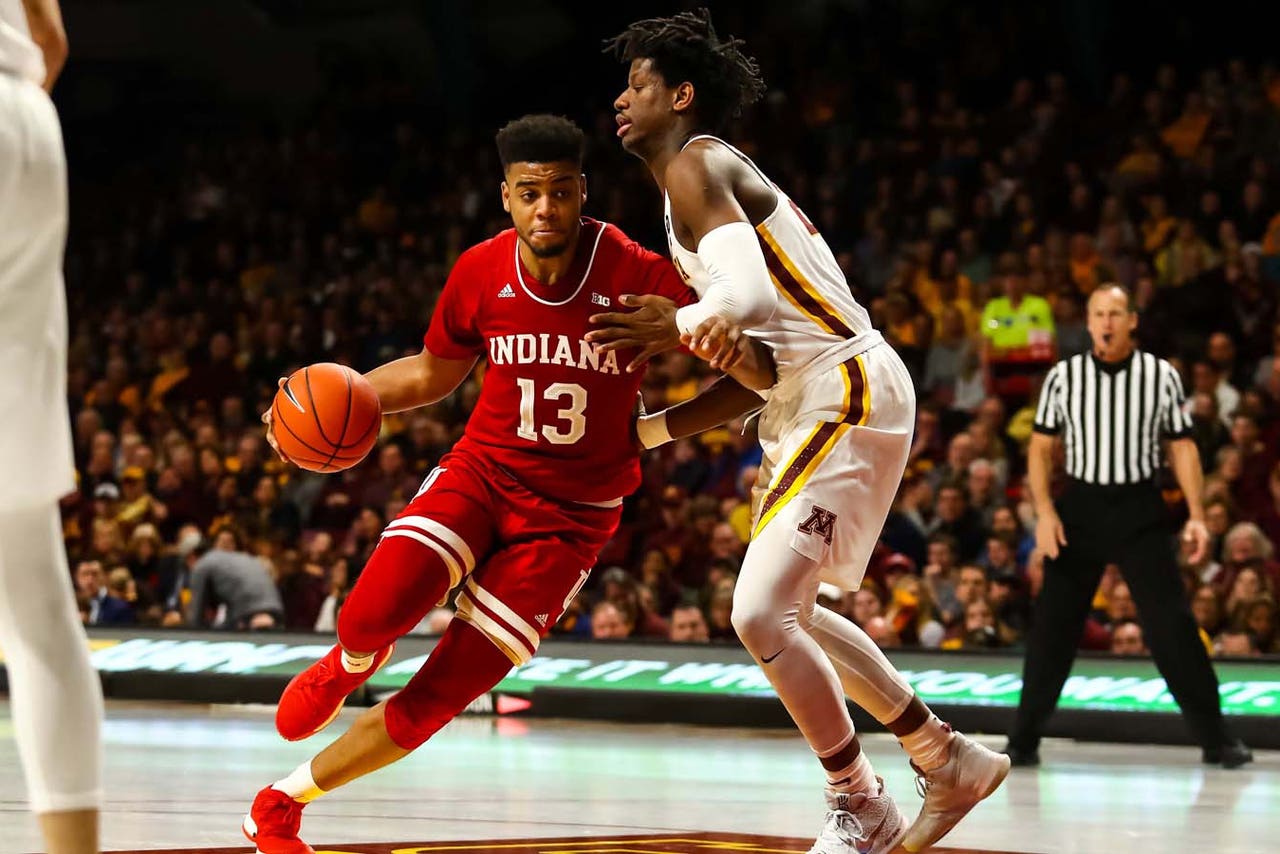 MINNEAPOLIS — Though several critical weeks remain in Jordan Murphy's career at Minnesota, the Gophers have already found themselves thinking about how soon their indefatigable big man is going to be gone.

This was one of those games to savor.

With Murphy muscling his way to 23 points and 11 rebounds and Gabe Kalscheur going 6 for 8 from 3-point range, Minnesota stopped a four-game losing streak with an 84-63 victory over Indiana on Saturday.

Murphy had 17 points in the first half and his 18th double-double of the season.

"I don't know if I've seen a guy that strong who's just able to hold ground and do what he wants to do," Indiana coach Archie Miller said.

Amir Coffey added 18 points for the Gophers (17-9, 7-8), who built a lead as big as 30 points during a smooth second half that had an intrasquad-scrimmage vibe as the Hoosiers took their 10th loss in their last 11 games. The worst 3-point shooting team in the Big Ten, Minnesota made a season-high 12 shots in 22 attempts from long range en route to its largest winning margin in 33 conference games since an 89-67 victory over Rutgers on Dec. 3, 2017.

"We took good ones," coach Richard Pitino said, "and that snowballs."

Kalscheur finished with 20 points and helped Coffey stifle Indiana star Romeo Langford with a quiet 10 points on 4-for-6 shooting. Juwan Morgan led the Hoosiers (13-12, 4-10) with 14 points and eight rebounds and Al Durham added 12 points, but they finished a season-worst 2 for 17 from 3-point range.

"They're thinking, 'Woe is me,' instead of just, 'We've got to fight out of this rut,'" said Morgan, the only senior among Indiana's top seven players. "Nobody's going to do it for us."

Coming off a one-point loss at Nebraska that Pitino called the toughest of his six-year tenure at Minnesota in light of two disputed foul calls in the closing seconds, the Gophers needed a tension-relieving game like this to steer their NCAA Tournament bid back on track. They have a lot of work to do to get in, but resume-building opportunities remain with three of the conference's top four teams left on the regular-season schedule.

"We just came out on fire," Kalscheur said. "We just wanted to come out and throw the first punch."

Murphy went to work right away on attacking the middle with his determined back-to-the-basket drives, and the Hoosiers had no counter. The 6-foot-7 senior put his exclamation point on the performance with an 180-degree spin move on Justin Smith for an emphatic dunk that gave the Gophers a 61-40 lead.

With 1,672 career points, Murphy is eighth on the program's all-time list with a chance to catch Willie Burton (1,800 points) for second place. Murphy is also the second-leading rebounder in Big Ten history.

"We're going to miss him," Pitino said, proceeding to praise Murphy's heart, durability and hand strength. "A lot of basketball players have identity crises. He does not. He knows what he's good at, and he sticks to it."

Indiana redshirt freshman forward Race Thompson had two points and five rebounds in seven minutes, his second appearance of the season after sitting out with a concussion. He's a product of Armstrong High School in a Minneapolis suburb, the son of former Gophers football star Darrell Thompson.

The Gophers entered the weekend ranked 314th in the country out of 353 NCAA Division I teams in 3-point shooting, at 31 percent. They gave themselves a rare early boost from behind the arc in whatever-it-takes fashion, making their first four attempts.

Oturu beat the shot clock with an off-balance heave that rimmed out and back in from the right wing in the opening minutes, the first try of the freshman center's college career. Coffey banked in a 3-pointer a little later, as did Kalscheur.

"Especially if a couple people hit it, that's going to give other people confidence," Kalscheur said.

Indiana: The Hoosiers saw their NCAA Tournament hopes further deflated. Their victories over Marquette, Louisville and Michigan State might give them a long-shot chance to get in with a long winning streak stretching into March, but there's no sign they're on the cusp of a surge. Miller replaced Smith in the starting lineup with De'Ron Davis, without much success.

"This is sort of deal-breaker. We need to make some real, in my opinion, drastic changes to the way we're doing things right now," Miller said.

Minnesota: The Gophers finally produced a game with their three best players, Murphy, Coffey and Kalscheur, all in a groove. Coffey had seven assists and only one turnover, and Kalscheur went 7 for 10 from the floor. The trio combined for 61 points after averaging a collective 33 points over the four-game losing streak.

Indiana: Hosts No. 12 Purdue on Tuesday night. The Hoosiers lost 70-55 to the rival Boilermakers on the road on Jan. 19.

Minnesota: Stays home to face No. 6 Michigan on Thursday night. The Gophers lost 59-57 on the road to the Wolverines on Jan. 22.