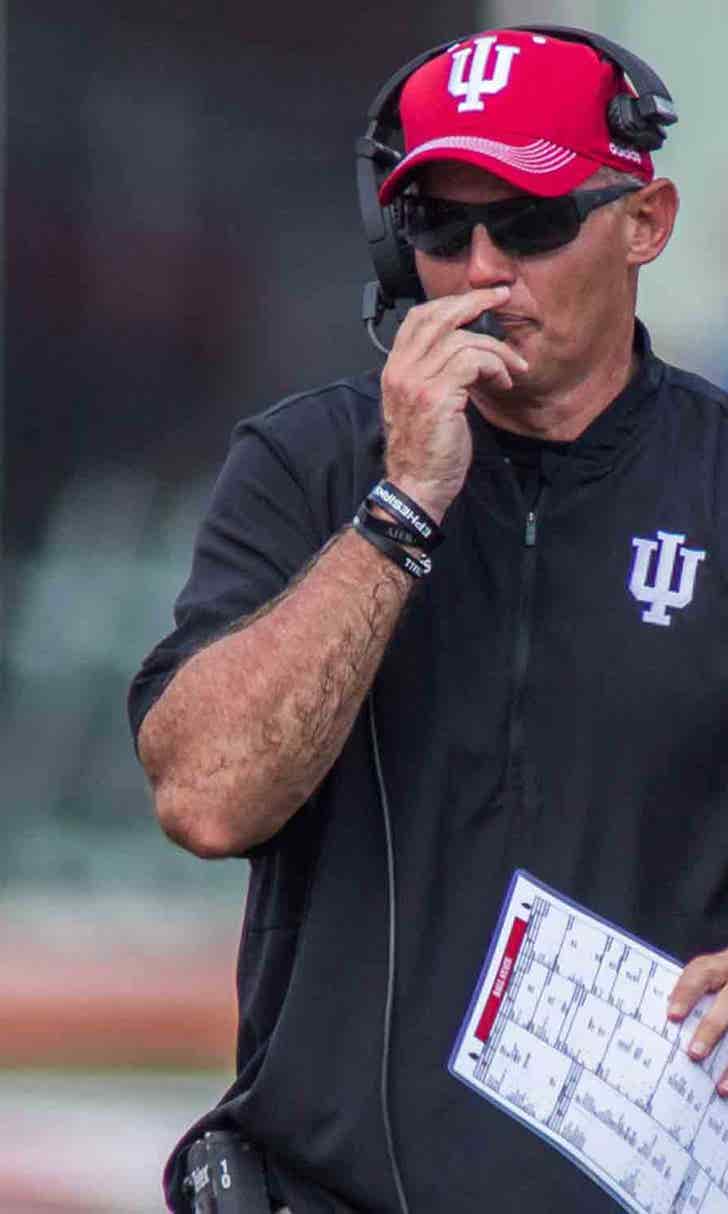 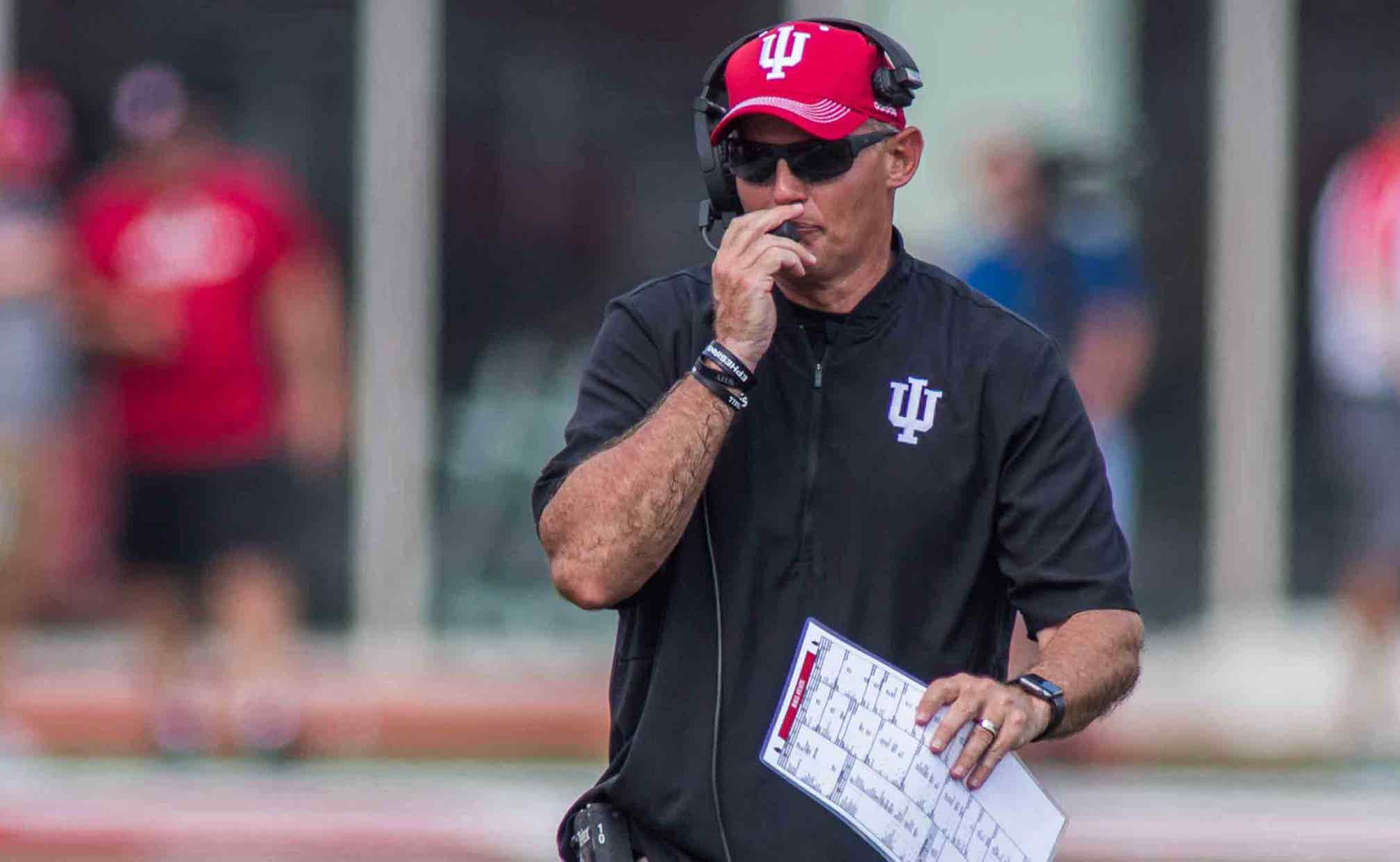 Hoosiers ready to turn the page after disappointing performance 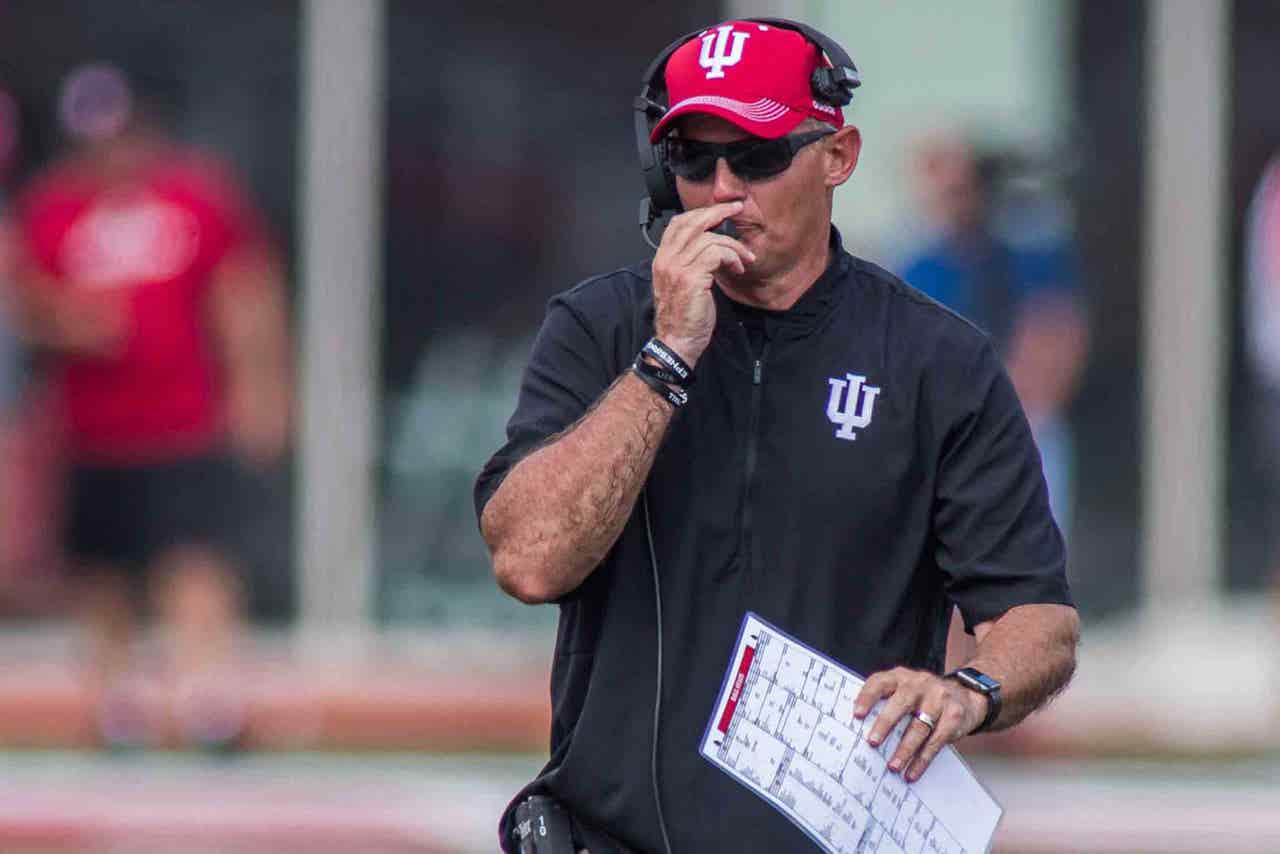 It didn't take long to find the defensive misalignment that led to a 75-yard touchdown run, problems in the ground game or even the failure to stop a fake field goal when the coaches made a call that could have stopped the play.

Then Allen tried to move on from Saturday's 35-21 loss to Michigan State and focus on the task at hand — getting ready to visit Rutgers.

"Bottom line, it's a seam game and both sides had opportunities," he said. "Got to go back as we've done and looked at everything and continue to evaluate and continue to improve in the areas that have to be addressed and move forward."

Getting over this one will be tough.

The Hoosiers (3-1, 0-1 Big Ten) were in position to go 4-0 for only the second time since 1991 and appeared to be on the cusp of perhaps cracking the Top 25 for the first time since September 1995. They had momentum and were playing at home against a team that struggled through the first two weeks.

And yet they couldn't pull it off.

The lingering ramifications could be felt when bowl bids are at stake.

But moving on hasn't always been easy for Indiana, which blew a handful of leads and wound up missing the postseason because of a series of stinging defeats last season.

The reminders will still be out in force, though.

First, they'll be without playmaking safety-linebacker Marcelino Ball for the first half after he was ejected for targeting last weekend.

Allen didn't like the call then and wasn't any happier with the consequences Monday.

"It's just a tough position to be put in as a defender, and I've seen it — seen guys — I just hate you get kicked out of a game for it, but that's part of the rule," he said. "So that's the part I was kind of — I didn't feel like that was accurate. But I've had situations in the past where I didn't agree with calls, and there will be more in the future I'm sure..

Ball's absence won't be the only potential obstacle for Indiana.

Defensive lineman Jacob Robinson missed last week's game after getting hurt in practice while linebacker Cam Jones left Saturday's game early. Allen didn't shed any light on their injuries, and it's unclear whether either will play against the Scarlet Knights (1-3, 0-1).

What is clear: The Hoosiers need to rebound quickly.

Following Rutgers, their schedule becomes increasingly difficult with a trip to No. 4 Ohio State before closing out October with home games against Iowa and No. 9 Penn State and a trip to Minnesota.

So Allen wants to shift the focus from disappointment to resilience.

"I know they haven't played the way that they want to, but the bottom line is we will have to be prepared for a tough battle," he said. "We went there two years ago, my first year here, and were not sharp, and that is a vivid memory in my mind of how we played in that game."

Big Ten's return highlights Super 6 slate
The Big Ten is back! Half of the games in this week's Super 6 come from the conference, including Nebraska visiting Columbus.
3 days ago
those were the latest stories
Want to see more?
View All Stories
Fox Sports™ and © 2020 Fox Media LLC and Fox Sports Interactive Media, LLC. All rights reserved. Use of this website (including any and all parts and components) constitutes your acceptance of these Terms of Use and Updated Privacy Policy. Advertising Choices. Do Not Sell my Personal Info