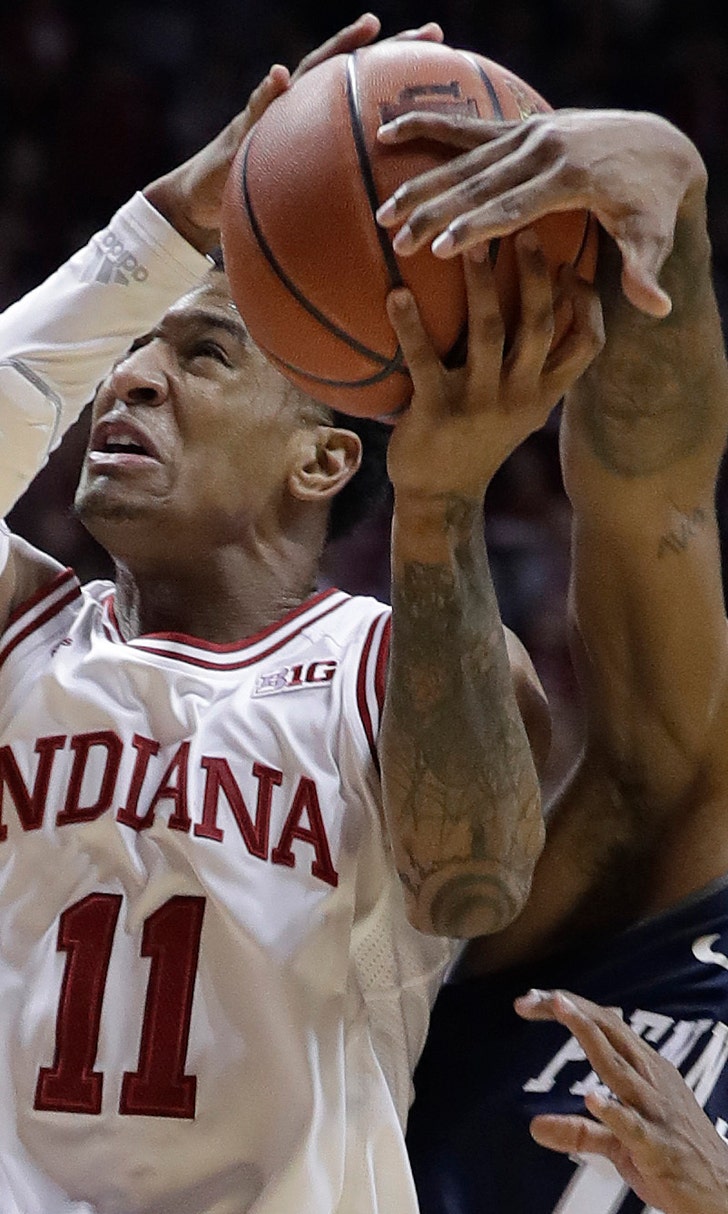 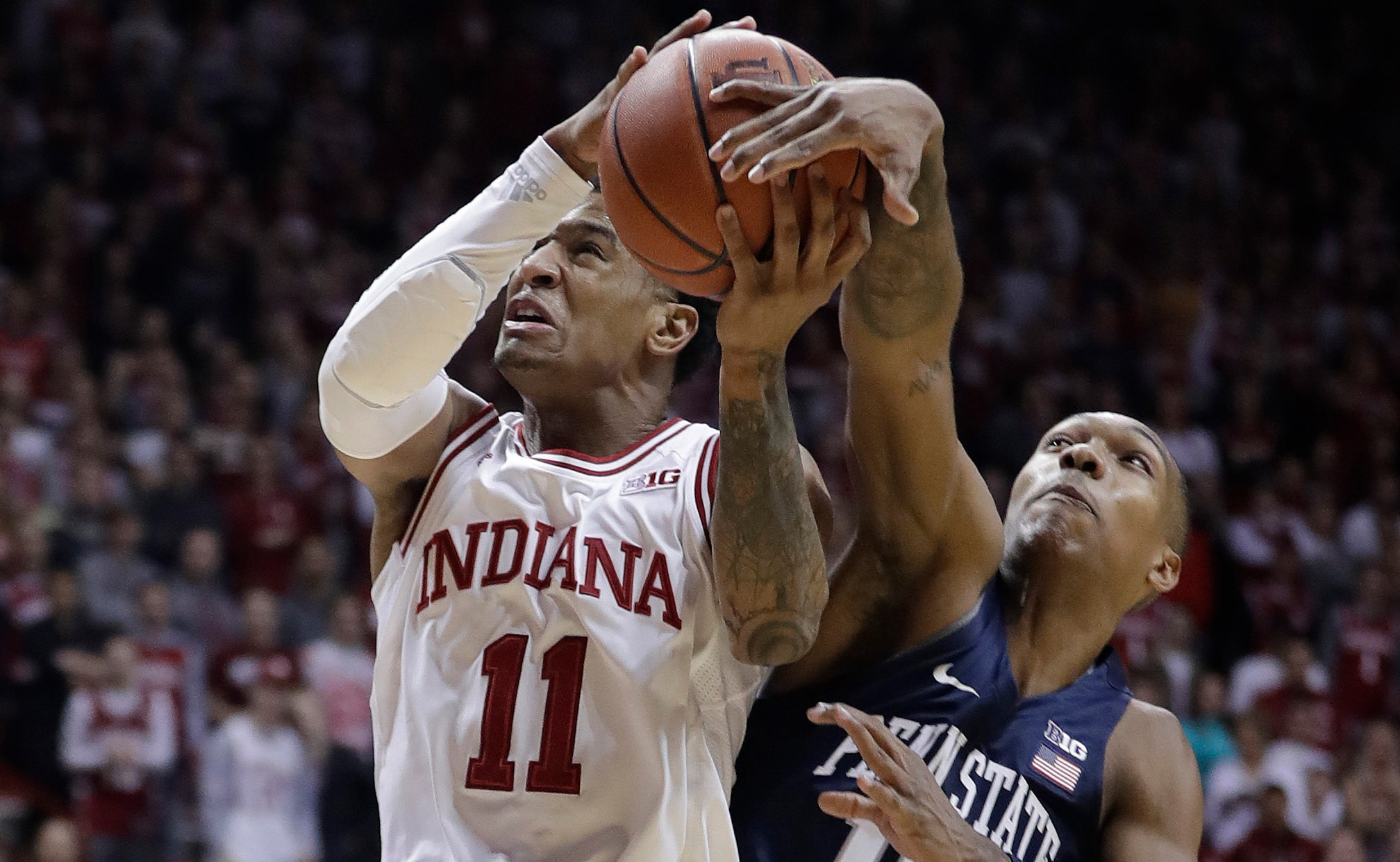 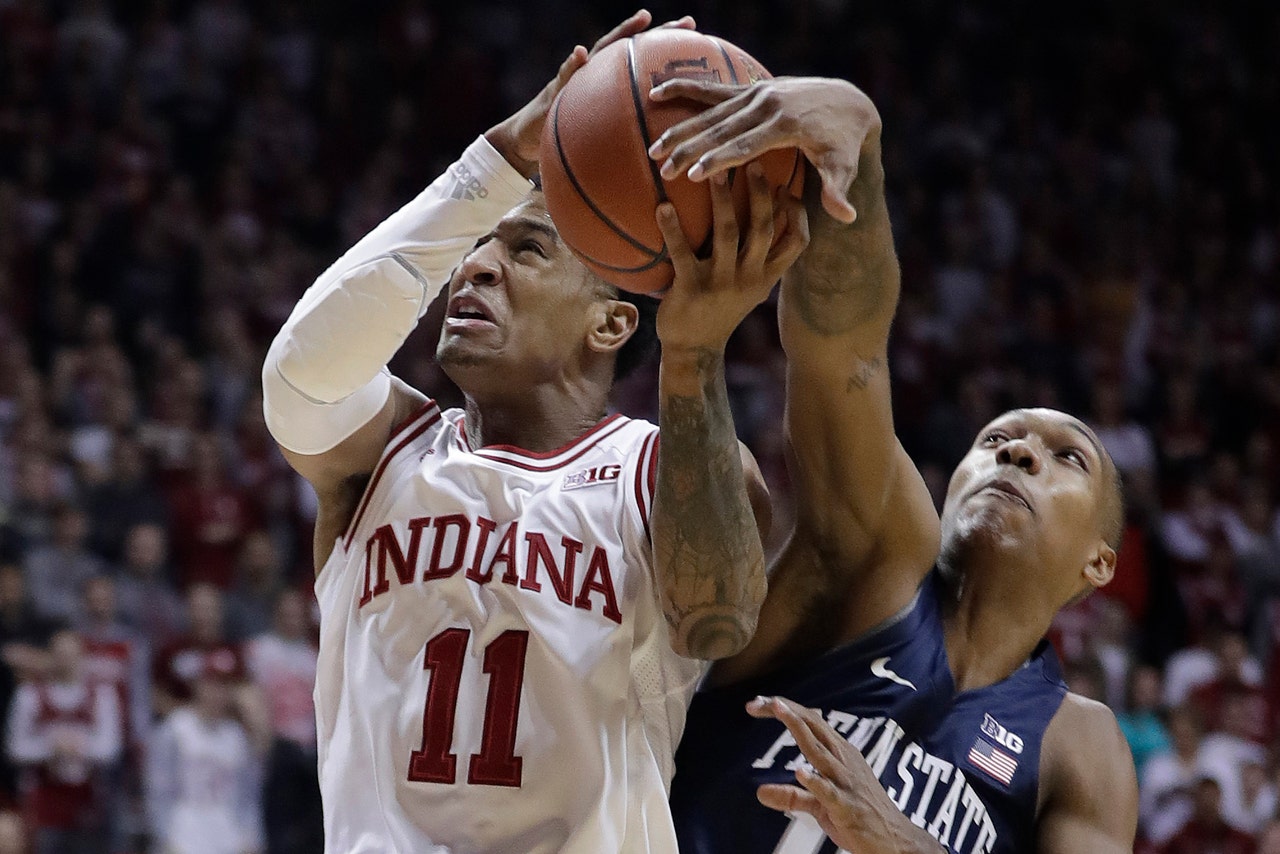 Find a way to win.

The Hoosiers seem to have figured it out. Juwan Morgan cleaned up on the dirty work by scoring 21 points with 11 rebounds, Josh Newkirk finished with 16 points and Devonte Green made four free throws in the final 7.5 seconds to seal a 74-70 victory over Penn State.

"Right now, it's about playing to win, going out and getting wins," Miller said. "Tonight, against a good Penn State team, I thought we played to win. We weren't great by any stretch of the imagination, but we were locked in."

But playing with passion, precision, poise and pride is precisely what Indiana's new coach has been stressing and the results are starting to show.

The Hoosiers (10-7, 3-2 Big Ten) have strung together back-to-back wins for the first time in conference play this season and have won four of five -- their best stretch of the season.

While the stats and style points left plenty to be desired, the consistency Miller has been searching for was there.

"We have done that twice, had the big win and then a falloff and we addressed that," said Collin Hartman, who had 10 points and five rebounds despite playing with a brace around his sore right shoulder. "That's something we have to get better at and continue to work on and that is you have to come ready every day."

It was that kind of game.

Newkirk departed with 8:38 to play, had his mouth and nose checked by team doctors and returned for the closing minutes after being cleared.

Morgan, meanwhile, started fast and finished strong as he continued to match up with bigger, stronger players as center De'Ron Davis continues to recover from an injured lower right leg.

And Green, who continues to figure out his role, scored seven of his 13 points in the final 6:20.

Indiana answered with a basket from Morgan and Green's 3.

The Nittany Lions continued fighting back. They got within four twice in the final minute and then made it 70-67 on Tony Carr's 3-pointer with 8 seconds left. After two free throws from Green, Nazeer Bostick made another 3 with 1.5 seconds left to close to 72-70 before Green sealed it with two free throws.

Carr finished with 28 points and Lamar Stevens had 20.

"We're going to compete that's for sure, but we've got to learn how to finish now." Penn State coach Patrick Chambers said.

Penn State: Stevens and Carr could cause matchup problems for most Big Ten teams, and the Nittany Lions' defense will make things tough, too. Penn State certainly has improved, but they can't afford to be missing key pieces as they did Tuesday.

Indiana: It was a gritty, gutsy performance for the Hoosiers, the kind Miller enjoys watching. He knew the Hoosiers needed to play tough on both ends of the floor. Though they were far from perfect, they were good enough.

Indiana: The Hoosiers have won 11 straight in the series when scoring at least 72 points. ... Johnson had 10 points and five rebounds. ... The Hoosiers bench had a 25-1 scoring advantage. ... Indiana was 6 of 27 on 3s and had nine turnovers.

Shortly before the game, the athletic department issued a statement on the absence.

"He remained in State College to attend to some academic concerns," it said, noting the team hoped Reaves would only miss one game.

Reaves averages 10.8 points and is a key defender. He was ranked 15th nationally in steals (2.47) and needs two more to move into the top 10 on Penn State's career list.

Indiana Stuns Penn State Amid Controversy
Did he make it? Should it have been overturned? Twitter had plenty to say about the controversial victory vs. Penn State.
29 mins ago

Big Ten's return highlights Super 6 slate
The Big Ten is back! Half of the games in this week's Super 6 come from the conference, including Nebraska visiting Columbus.
2 days ago
those were the latest stories
Want to see more?
View All Stories
Fox Sports™ and © 2020 Fox Media LLC and Fox Sports Interactive Media, LLC. All rights reserved. Use of this website (including any and all parts and components) constitutes your acceptance of these Terms of Use and Updated Privacy Policy. Advertising Choices. Do Not Sell my Personal Info