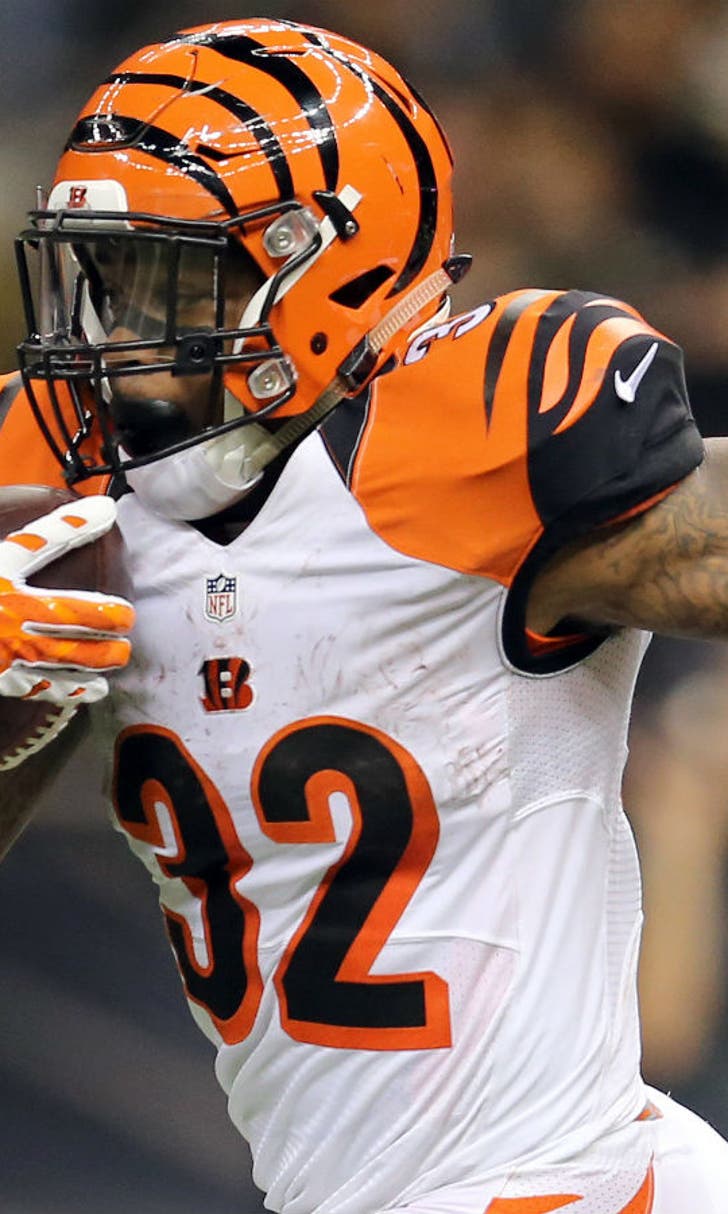 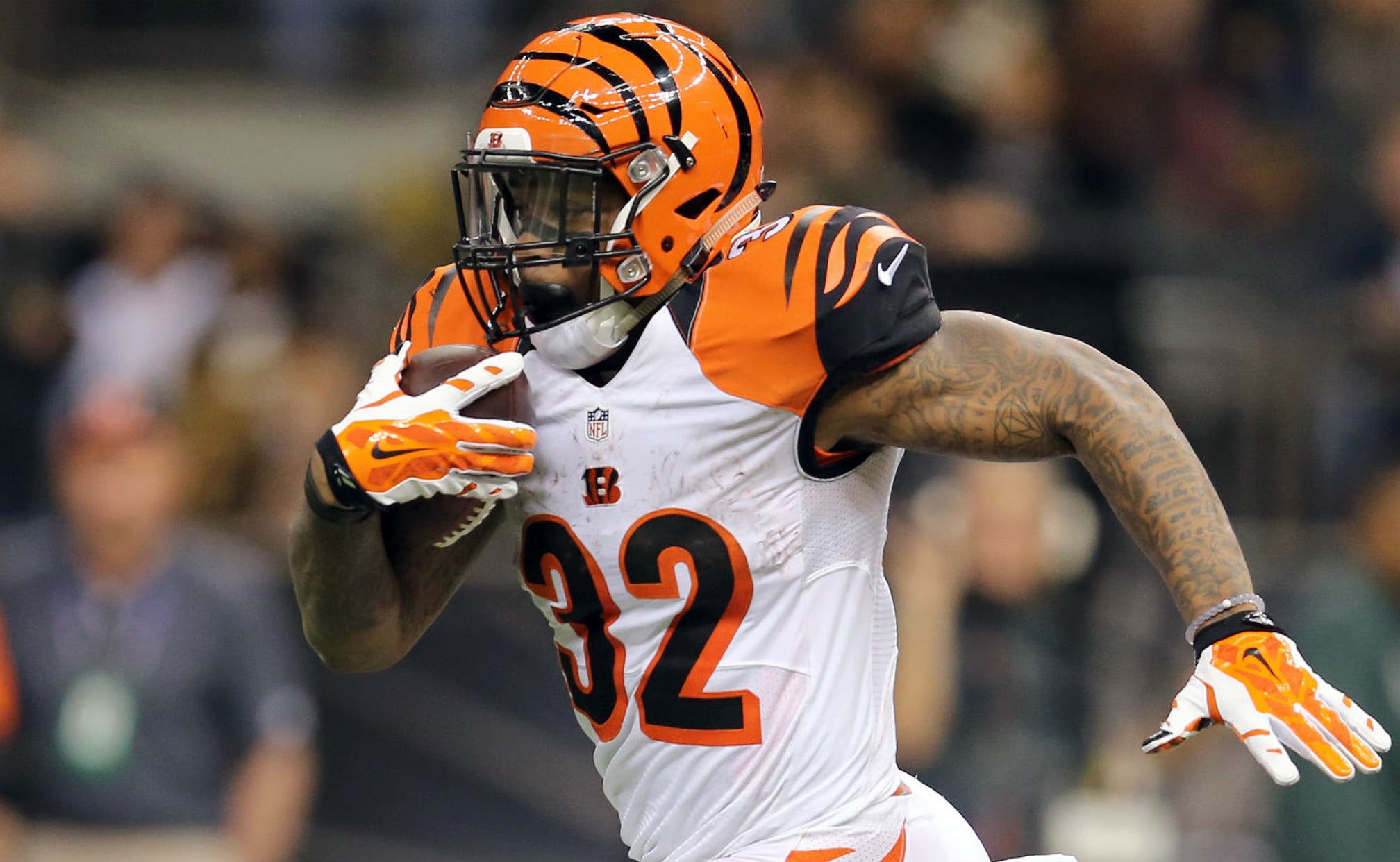 CINCINNATI (AP) -- Jeremy Hill didn't expect to get much of a chance as a rookie because the Cincinnati Bengals had Giovani Bernard entrenched as the starter. With six games left, he's leading all NFL rookies in rushing.

The second-round pick ran for 152 yards during a 27-10 win at New Orleans on Sunday, his second big game in the last three. He also ran for 154 yards against Jacksonville on Nov. 2.

Hill leads all NFL rookies with 556 yards rushing and five touchdowns. He has two of the top 10 games overall in the NFL this season. He joined Paul Robinson as the only Bengals rookies with a pair of 150-yard games -- Robinson did it in 1968, the franchise's inaugural season.

It's far more than he expected.

"Being in the situation I'm in, not being the every-down guy, I really didn't think I would have a chance to get that," Hill said on Wednesday. "I've just been focused on doing what I can to help the team. I never really thought I'd be it the conversation for that type of stuff."

He is now. But the future is uncertain.

Bernard has missed the last three games with shoulder and hip injuries, giving Hill a chance to emerge. Hill has carried 63 times for 361 yards and two touchdowns in his absence, helping the Bengals (6-3-1) win two of the three games.

Bernard returned to practice on a limited basis Wednesday. It's unclear whether he'll be back for a game on Sunday at Houston (5-5).

"He had a tremendous practice today and we'll see where this thing goes because you never know what will happen tomorrow morning when you wake up," offensive coordinator Hue Jackson said after practice.

Jackson sidestepped a question about whether Bernard would be the starter again when he's healthy. He said Hill will continue with an increased role in the offense when Bernard returns.

"I think he deserves it," Jackson said.

The Bengals drafted Hill to give them a power back who can also catch passes. The offense has been wildly inconsistent -- Cincinnati ranks 17th overall in the league -- but the running game has provided some of its best moments.

And Hill has provided its two biggest games.

"What I've been saying since day one is run the football," Hill said. "Everyone knows I can do that. It's just the other little things I've been trying to focus on and get better at -- play fakes, helping Andy (Dalton) in the play-action game, things of that nature."

Left tackle Andrew Whitworth hopes the Bengals keep stressing the run as they go through a tough closing stretch of their schedule -- five of the last seven games on the road. In their most lopsided losses, the Bengals have given up a lot of yards rushing and gotten very few.

"When you're throwing the ball, you can't be as physical," Whitworth said. "It's a mentality of going into a game and saying, `Hey, this is the first thing we're going to do.'

"As a team, it seems the games that we go in (determined) to run the ball and stop the run we play better."

Notes: Linebacker Vontaze Burfict was held out of practice again but worked out on the side. He's missed the last three games while recovering from knee surgery and is unlikely to play on Sunday. ... Defensive end Wallace Gilberry (sore back) and defensive end Margus Hunt (sprained right ankle) missed practice along with cornerback Terence Newman (sore knee). ... Right tackle Andre Smith fully practiced. He's missed the last two games with a sprained left ankle. ... The Bengals practiced at the University of Cincinnati's covered field because of the cold weather. The Bengals are the most northern NFL team without their own covered field.