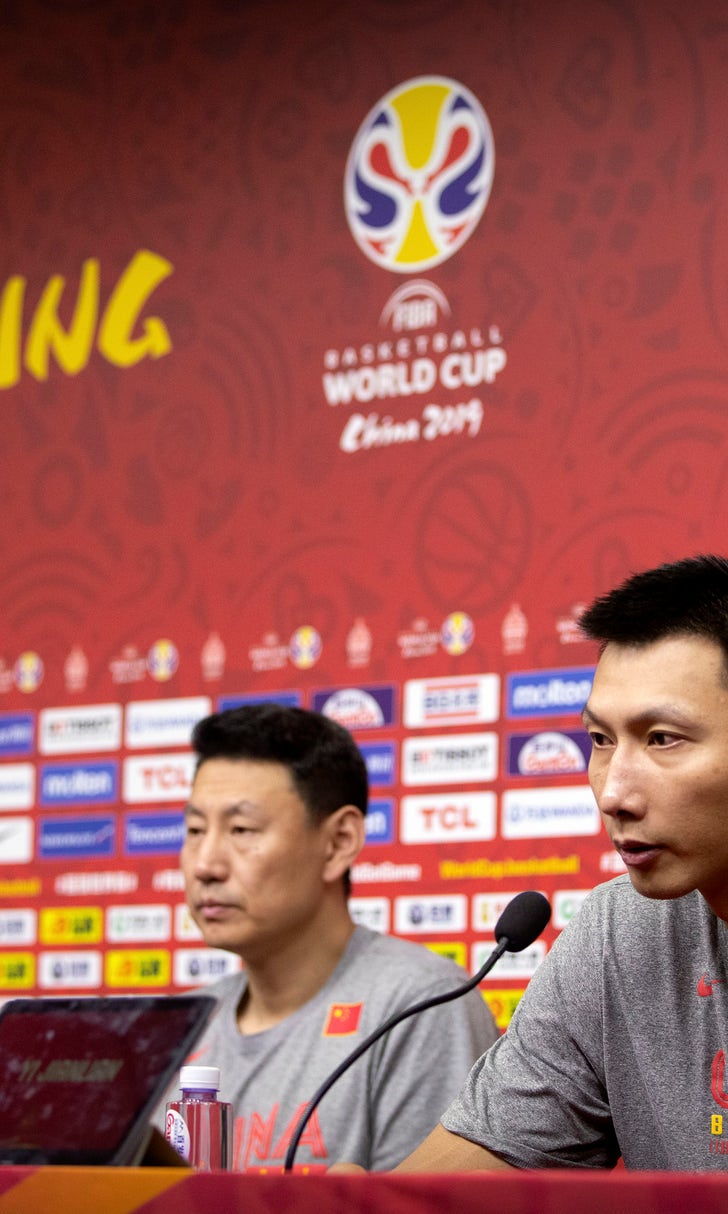 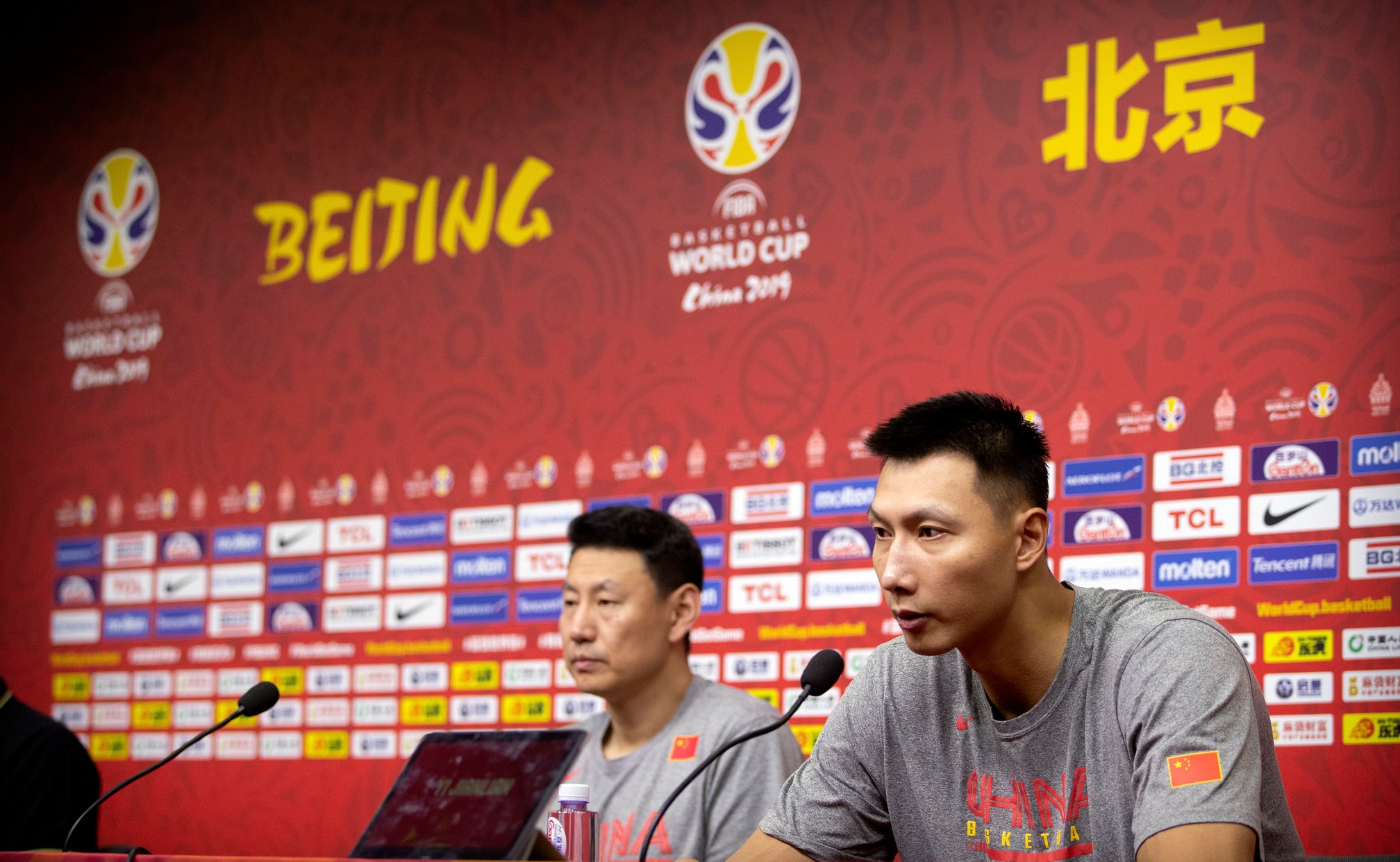 SHANGHAI (AP) — The biggest basketball World Cup is about to begin.

Many of the world's top players — and a couple of the world's top national teams — are not in China for the FIBA World Cup, a 32-team extravaganza that begins Saturday. At stake over the next 16 days: The world championship, along with seven of the 11 remaining available berths in next summer's Tokyo Olympics.

And several teams figure they can be the one to thwart the United States' bid for an unprecedented third straight crown.

"We're here to go for gold," said Sasha Djordjevic, the coach of Serbia — a team that some consider the tournament's gold-medal favorite. "Every game that we play will be the biggest game for us."

The first eight games of the tournament are Saturday, and things will move quite rapidly. The eight-game-a-day pace continues through Sept. 9, with quarterfinal games on Sept. 10 and 11, semifinals on Sept. 13 with the event capped by the gold- and bronze-medal games in Beijing on Sept. 15.

All told, 92 games will be played in eight cities.

"We have nothing to lose," said Japan guard Yuta Watanabe, whose team will face the U.S. in the group stage.

FIBA changed much about the tournament for this edition. The event was moved back a year; the last World Cup was in 2014, and it was bumped to 2019 this time around to avoid going against the FIFA World Cup for men's soccer in the same years. The field was expanded from 24 to 32 and qualifying rules were vastly altered largely to keep NBA and other pro-league players from helping their countries reach the event.

For some nations, that became a huge problem.

"The World Cup is an unbelievable competition," said Canada coach Nick Nurse, who doubles as coach of the NBA champion Toronto Raptors. "Great teams and coaches and scouting and work and preparation that will make anyone better for going through that. So I'm extremely honored and excited and humbled to be here."

Most of the top Americans aren't in the World Cup, a few because of injuries, other candidates cited schedule concerns. Of the 35 leading scorers from this past NBA season who would have been eligible to play for the U.S. team, only two — Kemba Walker of the Boston Celtics and Donovan Mitchell of the Utah Jazz — are wearing the red, white and blue in China.

"I'm more concerned with who is here than who isn't," U.S. coach Gregg Popovich said.

For the international teams, though, there's minimal concern about big-name absences. Greece is led by NBA MVP Giannis Antetokounmpo of the Milwaukee Bucks, Serbia is led by All-NBA center Nikola Jokic of the Denver Nuggets and France features third-team All-NBA center Rudy Gobert.

And the host Chinese are hoping to make a splash as well.

"It's a rare opportunity for all of us," former NBA player Yi Jianlian, now the Chinese captain, said in Beijing earlier this week. "You can feel the special duty when you see the national flag on your chest."

Some other things to know as the World Cup begins:

Teams were drawn into eight groups of four for the opening round, with the two top teams from each group making the round of 16 and the others going into classification games to determine 17th through 32nd place. Games are four 10-minute quarters, so regulation is eight minutes shorter than an NBA game. The 3-point line is a bit closer than in the NBA, especially from the top of the arc — that's 22 feet, 2 inches in FIBA play, or 19 inches closer than the NBA stripe. The top two teams from the Americas, top two from Europe and top regional finisher form Asia, Africa and Oceania will clinch spots to join Japan in the 2020 Olympics; the last four spots in the 12-team field for the Tokyo Games will come down to qualifying next July.

The so-called "group of death" would be Group H, with Australia (which just beat the U.S. in a friendly to snap a 78-game winning streak by the Americans), Lithuania and Canada. All three of those teams are likely good enough to advance, yet only two will get to the round of 16 with a shot at the quarterfinals. Senegal rounds out that group.

The Americans have won 19 consecutive World Cup (formerly known as the world championship) games, and are 14-0 in games in China when using a roster composed of NBA players (8-0 in the 2008 Olympics and 6-0 in other games there in 2006 and 2008). Mason Plumlee is the only player on this year's U.S. World Cup team that was on the gold-medal-winning roster at this event in 2014.

Seven of the eight quarterfinalists from the 2014 World Cup are in this year's field. The U.S. beat Lithuania and Serbia beat France in the semifinals, and the Americans rolled to a 129-92 win in the gold-medal game behind 26 points from Kyrie Irving. France rallied in the fourth quarter to beat Lithuania for bronze 95-93.

FIBA, basketball's global organizing body, says the tournament will be televised in at least 176 countries and territories.

Sports World Reacts To Maradona's Death
Legendary Argentinian soccer superstar Diego Maradona has died at age 60, and the sports world is mourning his passing.
1 day ago
those were the latest stories
Want to see more?
View All Stories
Fox Sports™ and © 2020 Fox Media LLC and Fox Sports Interactive Media, LLC. All rights reserved. Use of this website (including any and all parts and components) constitutes your acceptance of these Terms of Use and Updated Privacy Policy. Advertising Choices. Do Not Sell my Personal Info