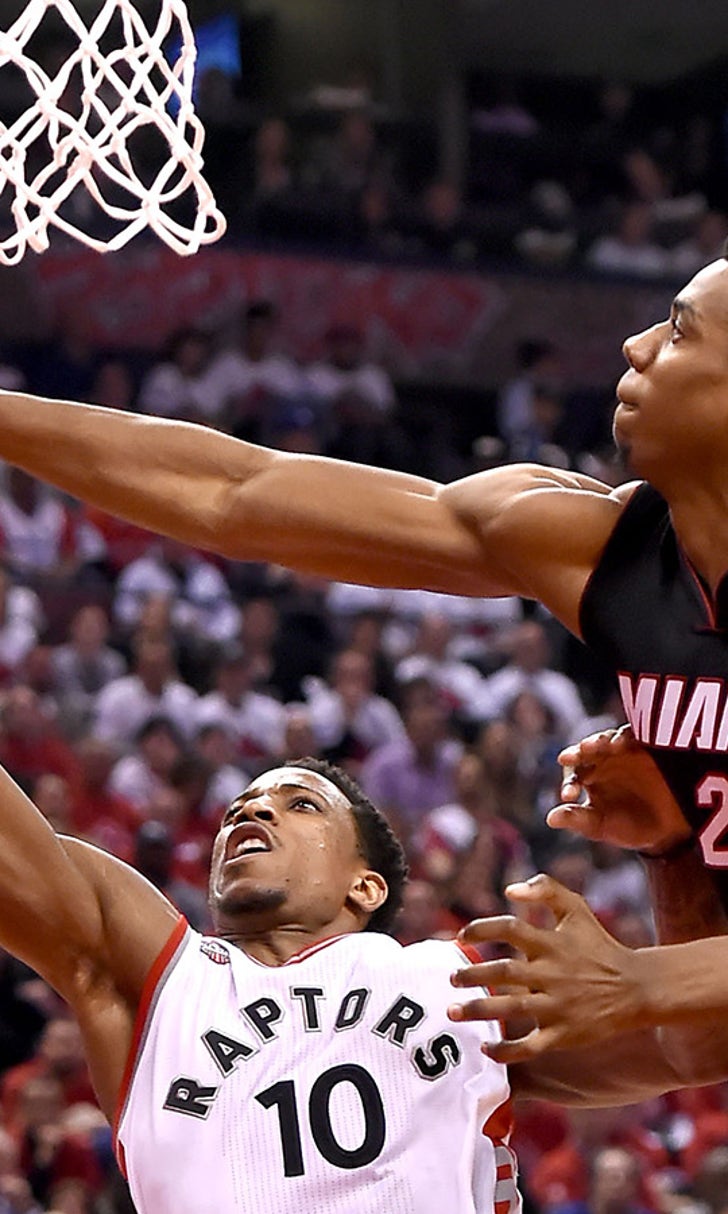 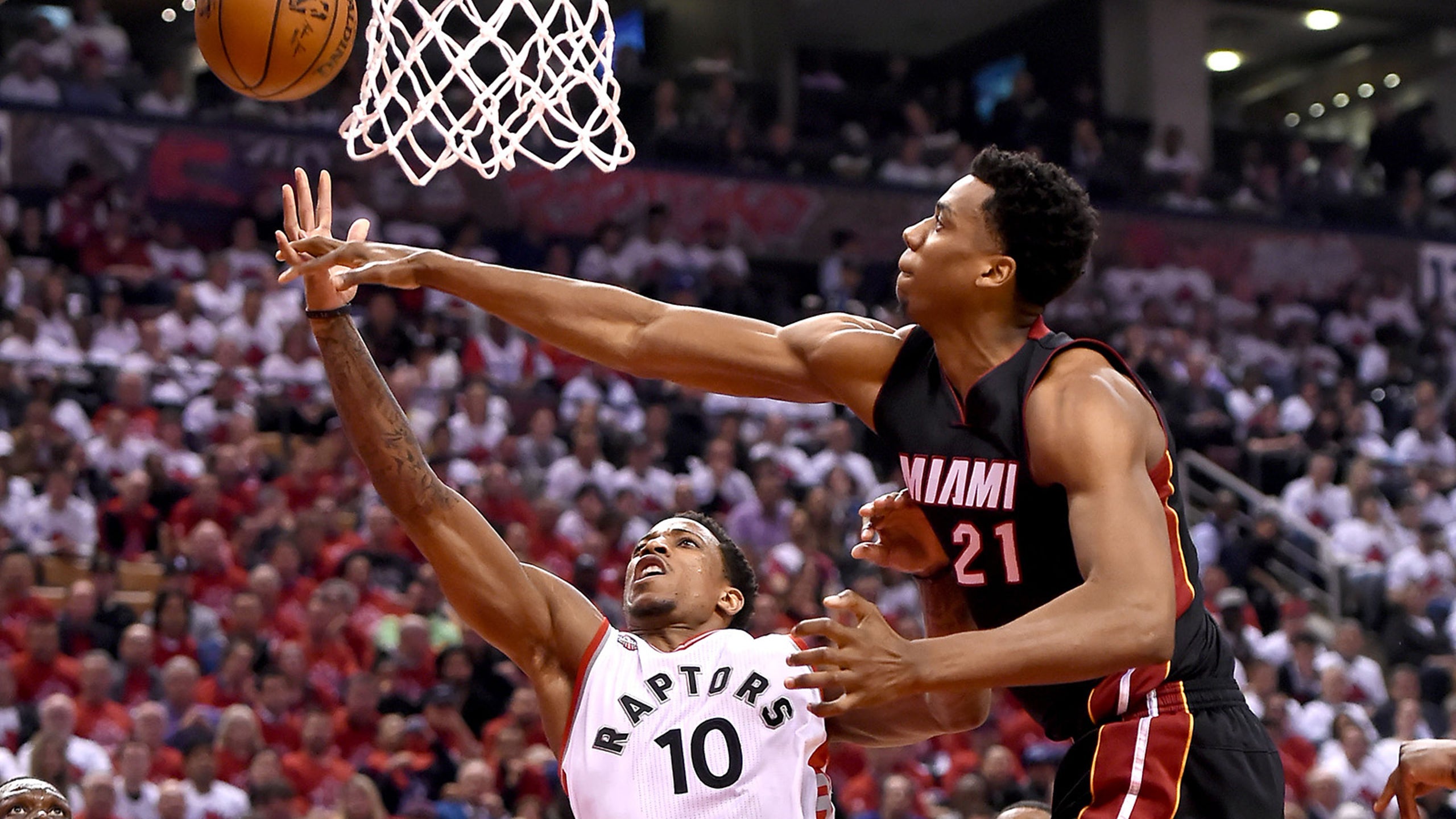 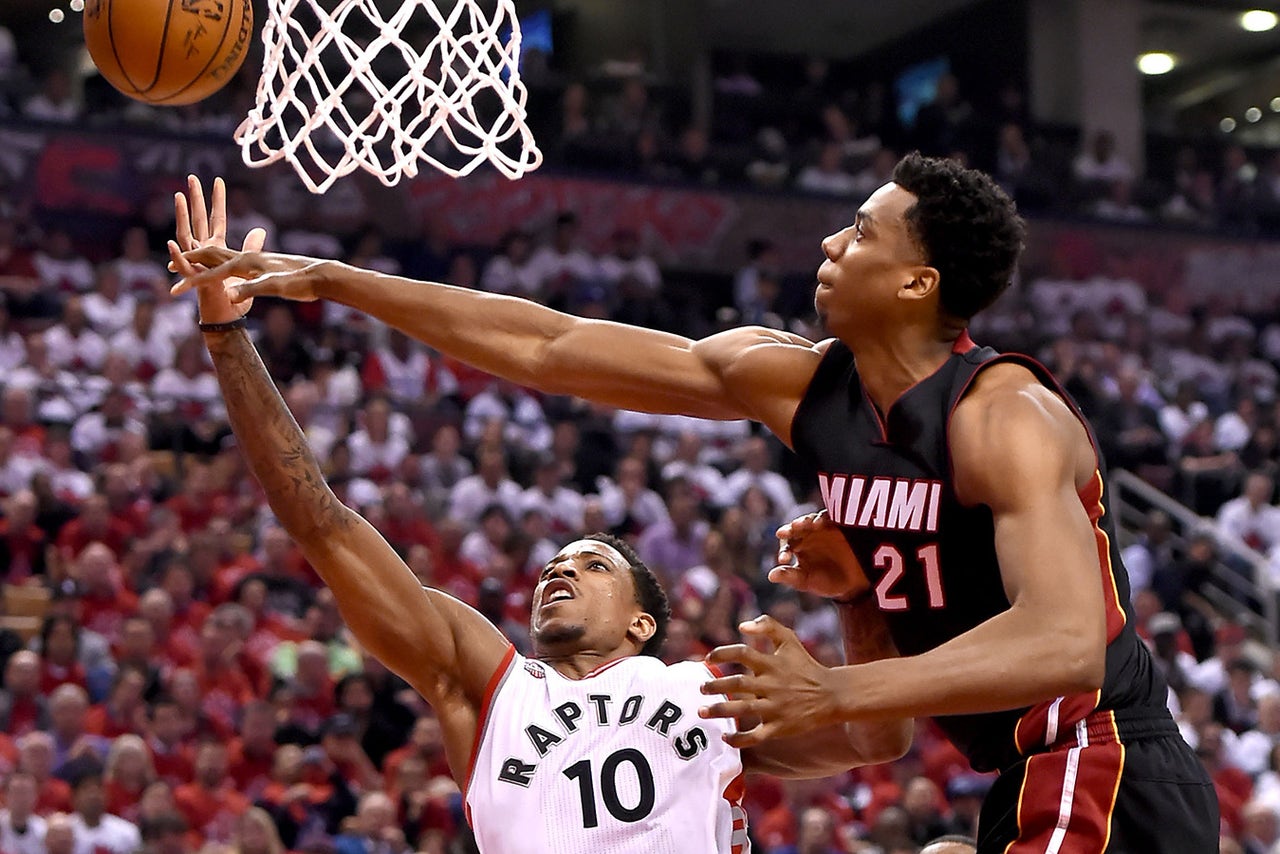 MIAMI (AP) -- Hassan Whiteside of the Miami Heat will not accompany his team to Toronto for Game 5 of the Eastern Conference semifinal series there on Wednesday night.

The Heat were flying north on Tuesday. Before departing, Heat coach Erik Spoelstra said Whiteside will remain home to continue getting therapy on his injured right knee.

Whiteside did not play in Game 4 of the Heat-Raptors series on Monday. He sprained the medial collateral ligament in the knee while taking an awkward fall in Game 3.

The Heat still plan to list him as day-to-day going forward. Game 6 of the series is Friday in Miami.

Miami and Toronto have split the first four games of the series.