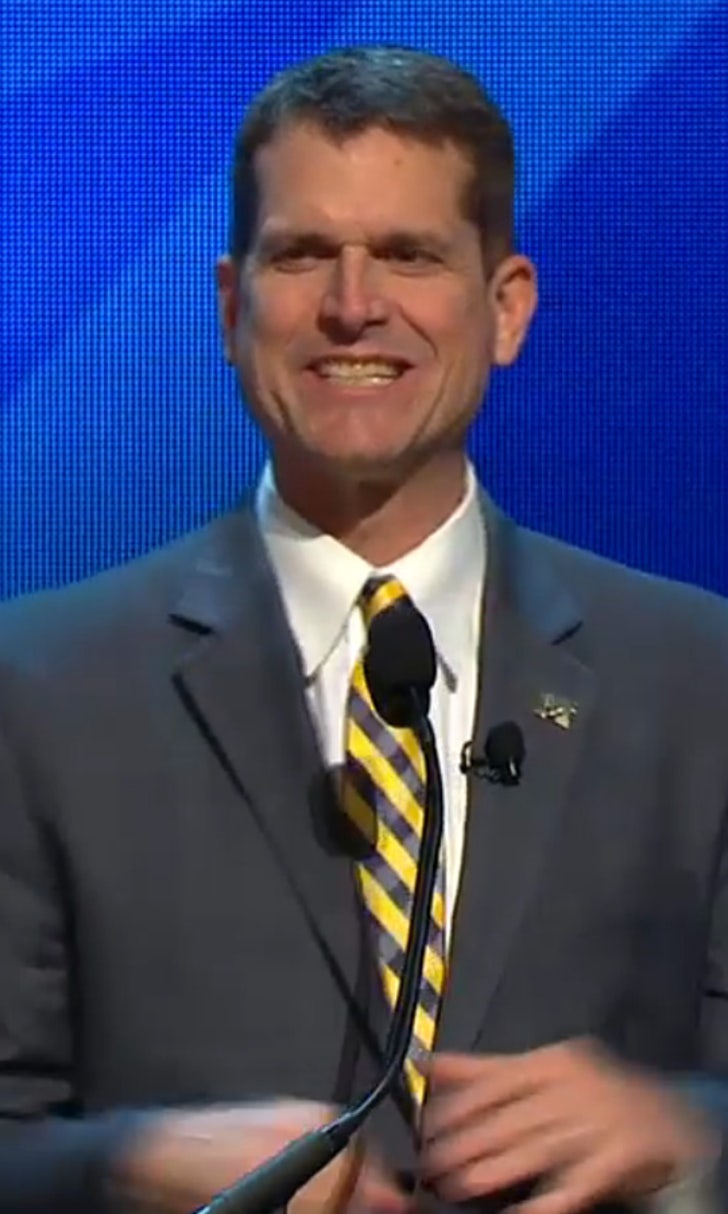 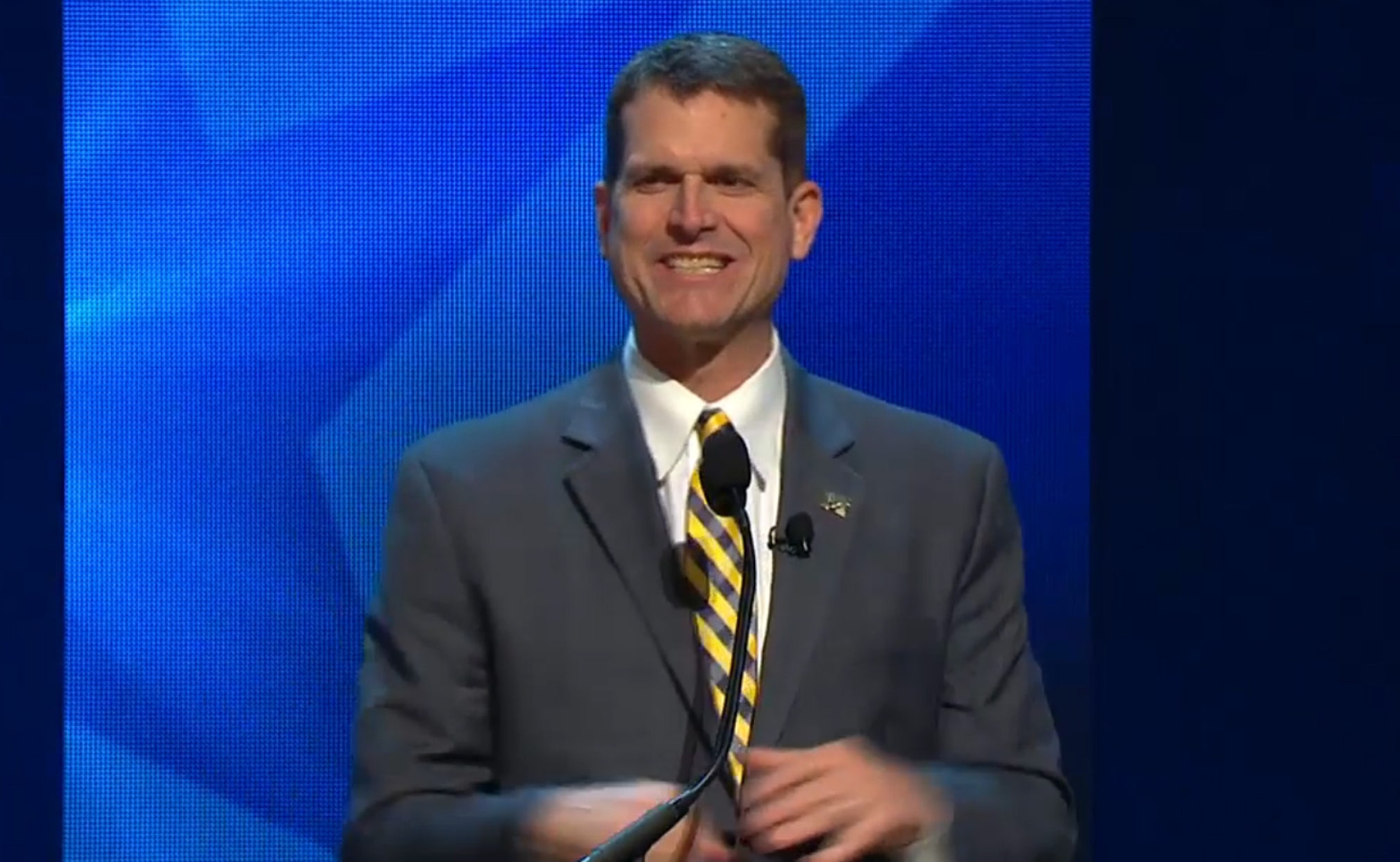 Harbaugh was the real star of the Wolverines' "Signing With the Stars" spectacle that former coach Lou Holtz predicted will be copied in years to come by other schools.

Teams have been turning signing day into an event in recent years, engaging their fans, getting alumni involved and trying to come up with flashy ways to welcome their newest players. Social media, billboards, live streaming online and signing day parties have become fairly common.

But Michigan's signing day set a new standard. And as it was winding down, the top recruit in the country, defensive tackle Rashan Gary of New Jersey, announced he was going to Michigan.

It was quite a day in Ann Arbor.

When Harbaugh strolled onto the stage in a suit, instead of his signature khakis and tucked-in blue pullover, he was welcomed by adoring fans with a standing ovation.

"Who could possibly have it better than us?" Harbaugh asked a maize-and-blue clad crowd packed into a three-tier auditorium.

"Nobody!" the fans shouted back in unison.

Brady was the first in a superstar lineup to join Harbaugh on stage at the event that started Wednesday morning and stretched into the afternoon. How different was it when Brady signed at Michigan a couple decades ago?

Harbaugh has done a lot differently as a recruiter, including spending the night at the house of Quinn Nordin, the nation's top kicker, who had been committed to attending Penn State.

That seemed to work.

Nordin was shown on a videoboard with his family as it was announced he was coming to Michigan.

Jeter, whose company, The Players' Tribune, hosted the standing-room only event, was also given a standing ovation. Jeter claimed he knew Harbaugh would end up back at Michigan after seeing how things were playing out for him with the San Francisco 49ers.

"He's brought excitement back to the university and the program as you can see today," Jeter said.

Flair later fired up the crowd.

The former professional wrestler said in 1968, he signed a letter of intent to play at Michigan, and said he spent a fun week at a fraternity house.

"I made up my mind I was never leaving Ann Arbor," Flair said. "Woooooo!"

Alas, he didn't stay and became a famous entertainer in the squared circle.

Minutes before the two-plus hour show started, fans shouted "Woooooo!" when they saw Flair. Moments later, fans in rose-colored, plush seats chanted, "Go!" and "Blue!" as if it was a football game.

When there was a rare moment of silence, a fan hit a cow bell in rapid succession and when he paused, the fans screamed, "Go Blue!"

Earlier in the day, Harbaugh's brother, Baltimore Ravens coach John Harbaugh, and his dad, Jack, were waiting to load a bus outside Michigan's football facility in the shadow of a statue honoring Bo Schembechler. Jack Harbaugh was an assistant for the late Michigan coach, who was the leader of the program when Jim Harbaugh played quarterback for the Wolverines in the mid-1980s.

The choreographed show started with a slightly subtle tone as a black-and-white photo gallery set to music was shown on a videoboard between a TV-studio like desk and leather furniture awaiting the coach, stars and signees. A rapper and country singer served as warmup acts.

James Earl Jones, a Michigan graduate, touted the institution as the, "best university in the world," in a video montage that revved up the crowd.

Brady believes that will change.

"Our biggest recruiting day was last year when we got coach Harbaugh back," he said. "I've competed against him, and lost."

"Can we get that in writing? Harbaugh cracked.