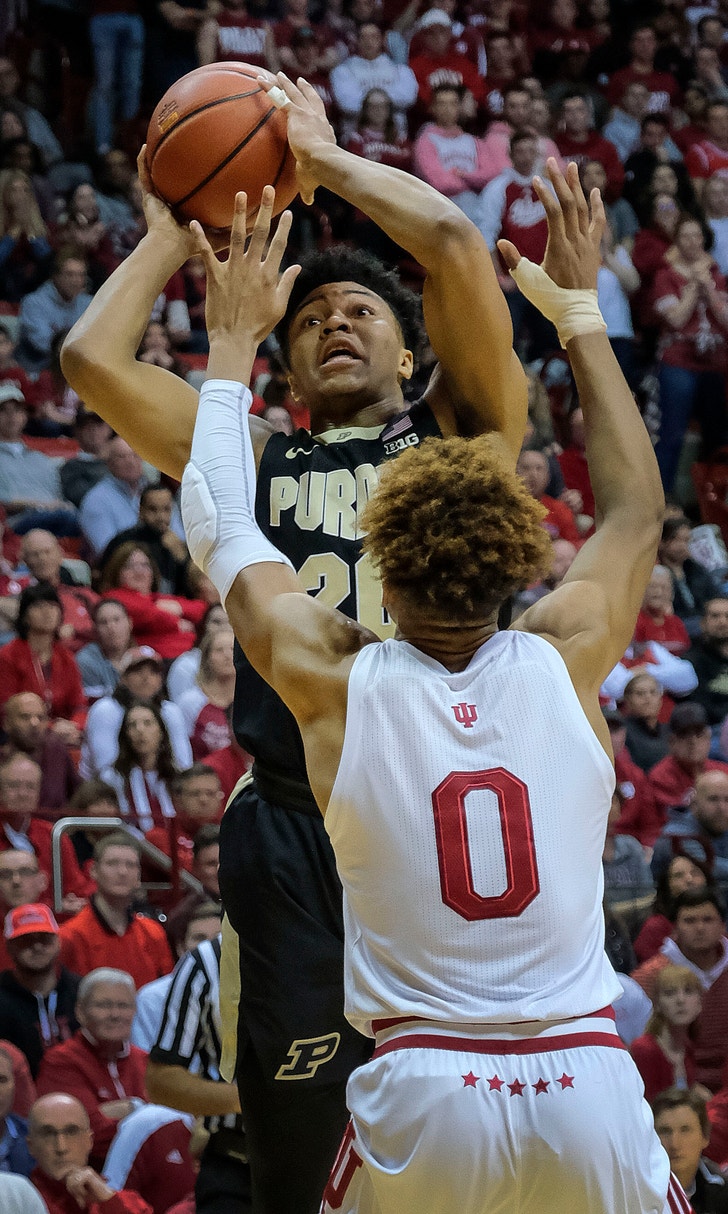 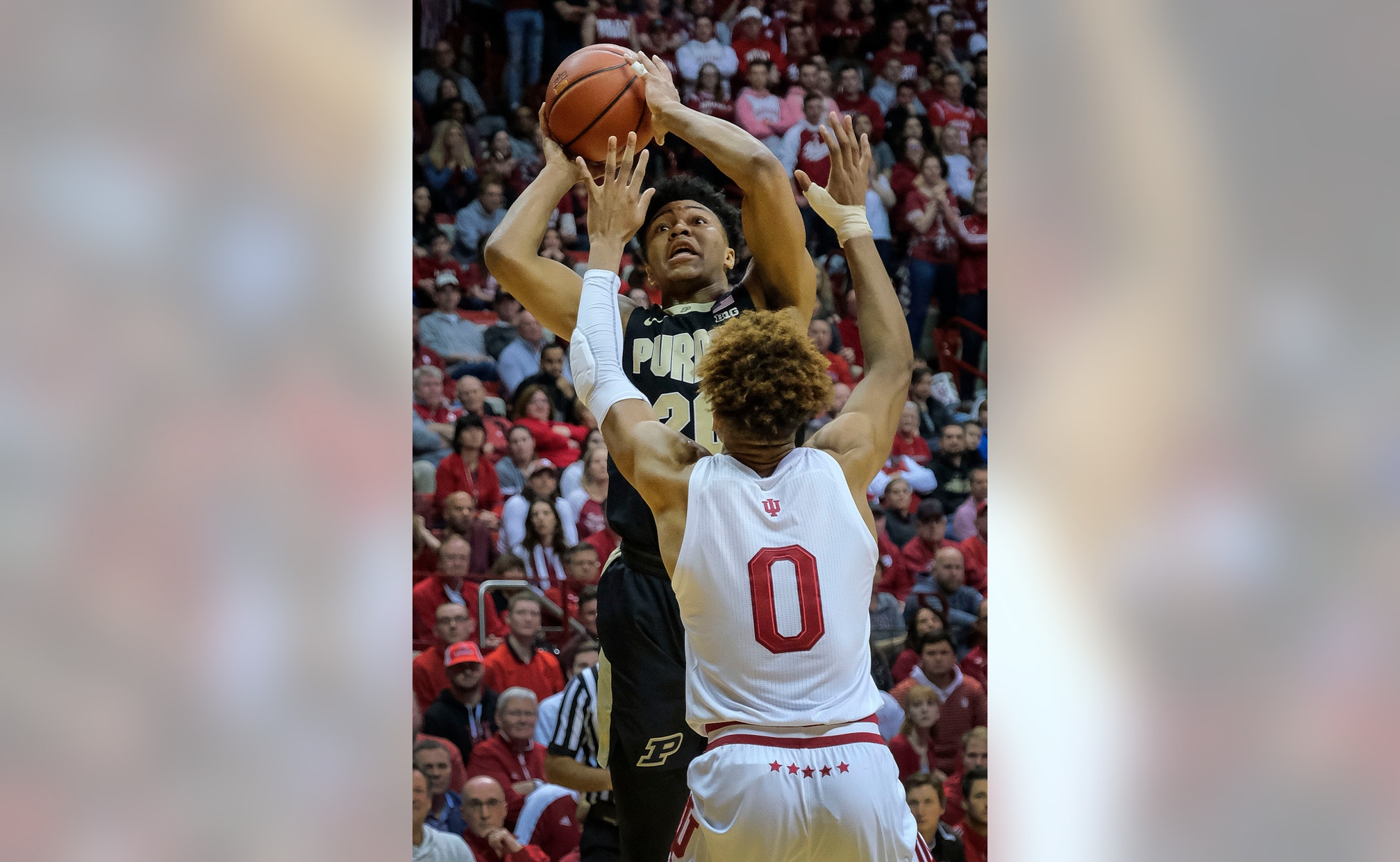 And when he was called for a double-foul in the first half and a technical foul in the second, the scrappy 7-foot-3 center refused to back down.

Instead, he found himself in the perfect spot to make the perfect play with 3.2 seconds left — a tiebreaking tip-in to give No. 15 Purdue a 48-46 victory at rival Indiana.

"It feels great to be public enemy No. 1, that's what it's about," Haarms said after finishing with six points, four rebounds and three blocks. "It's the rivalry. We don't like them, they don't like us. That's what it's all about for us so it's amazing to get a win behind enemy lines."

For Haarms, it was a fitting conclusion to a challenging night for himself and his teammates.

He became the crowd's punching bag when he landed on the ground after locking arms with De'Ron Davis late in the first half. After the refs assessed each player a foul, the Dutchman was jeered on every play he was involved in.

So when Haarms drew his third foul with 13:36 left in the game and picked up a technical as he and Davis continued battling for the loose ball, the crowd again burst into taunts and chants.

He returned 6½ minutes later, to even louder boos, but ready to make a difference and when the chance came, Haarms delivered.

Indiana had a chance to win it at the buzzer but Juwan Morgan's 3-pointer glanced off the rim — ending the lowest scoring game in the series since January 1950 and helping the Boilermakers (19-7, 12-3 Big Ten) win their third straight at Assembly Hall for the first time in school history.

"It's probably as physical of a basketball game that I've ever been a part of," Hoosiers coach Archie Miller said. "Both teams, I thought, really competed hard, and at the end of the day, they make the winning play."

Romeo Langford led the Hoosiers with 14 points despite not taking a shot in the second half. Morgan had nine points and 11 rebounds as Indiana (13-13, 4-11) lost its fourth straight overall.

It was rivalry basketball at its absolute ugliest.

Players repeatedly hit the deck. Rebounds bounced off the floor. The unforgiving rims made the teams appear to be playing in the peach-basket era, and the serenades coming from the crowd kept Haarms locked in long enough to make the winning play.

Purdue: It's a win, but there's nothing to be satisfied with in this game. The Boilermakers were outhustled most of the night, but they took care of the ball when the Hoosiers couldn't. It's the third straight game the Boilermakers have not looked like the same team that was rolling a month ago — and they need to find some solutions before the postseason starts.

Indiana: The Hoosiers brought the effort and energy they need every night. It showed. They scrapped, they worked together and when things got tough, they dug down on defense. If they continue playing this way, Indiana might finally turn the corner.

The Hoosiers' best-known twins, Dick and Tom Van Arsdale, were honored at halftime — with each receiving a framed jersey.

The brothers shared Indiana's Mr. Basketball Award, were named co-MVPs of the Hoosiers in each of their final two college seasons, both received All-American honors in 1965 and went on to play in the NBA before retiring together with the Phoenix Suns in 1977.

Purdue: Edwards, the Big Ten's leading scorer, was 4 of 24 from the field and 0 for 10 on 3-pointers. He also had seven rebounds and four assists and finished with its worst scoring total of the season. ... Purdue shot 31.7 percent for the game and finished with its lowest scoring total this season. ... The Boilermakers have won five straight in the series and 10 of their last 11 overall.

Indiana: Davis had eight points and rebounds. ... The Hoosiers had 17 turnovers and seven assists. ... Indiana shot 27.3 percent overall and finished 5 of 25 on 3s.

Purdue: Wraps up a two-game trip at Nebraska on Saturday.

Indiana: Hits the road to face No. 21 Iowa on Friday.