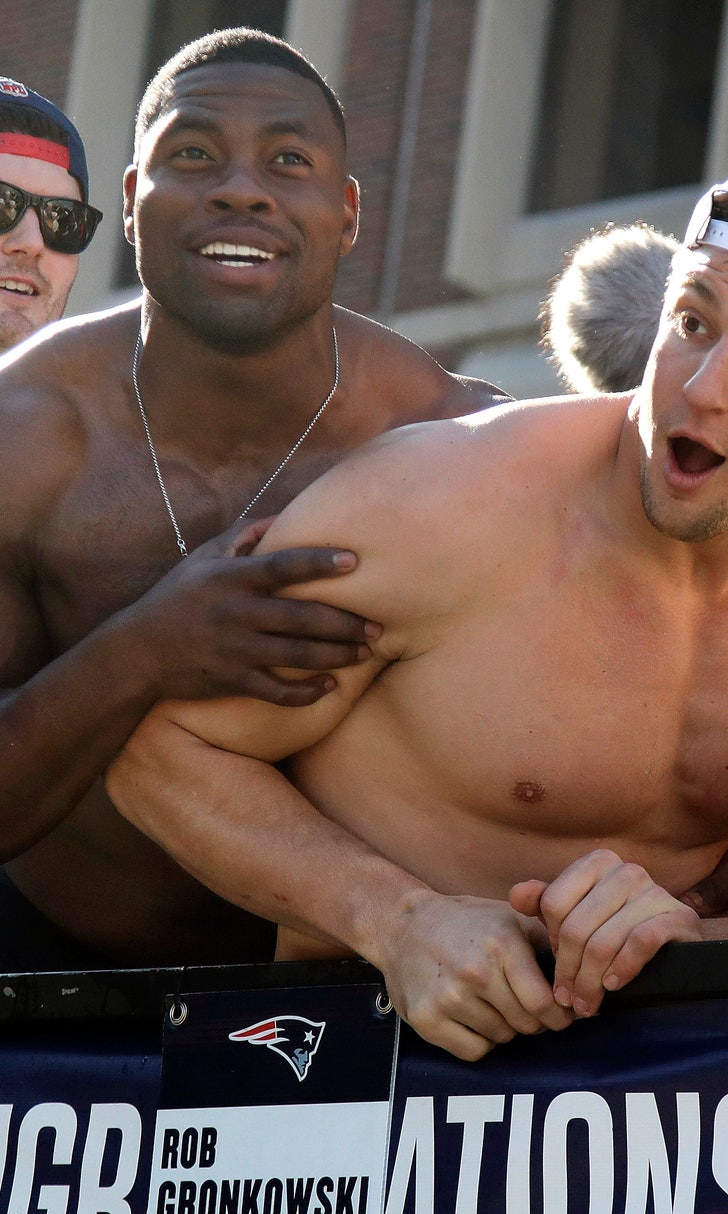 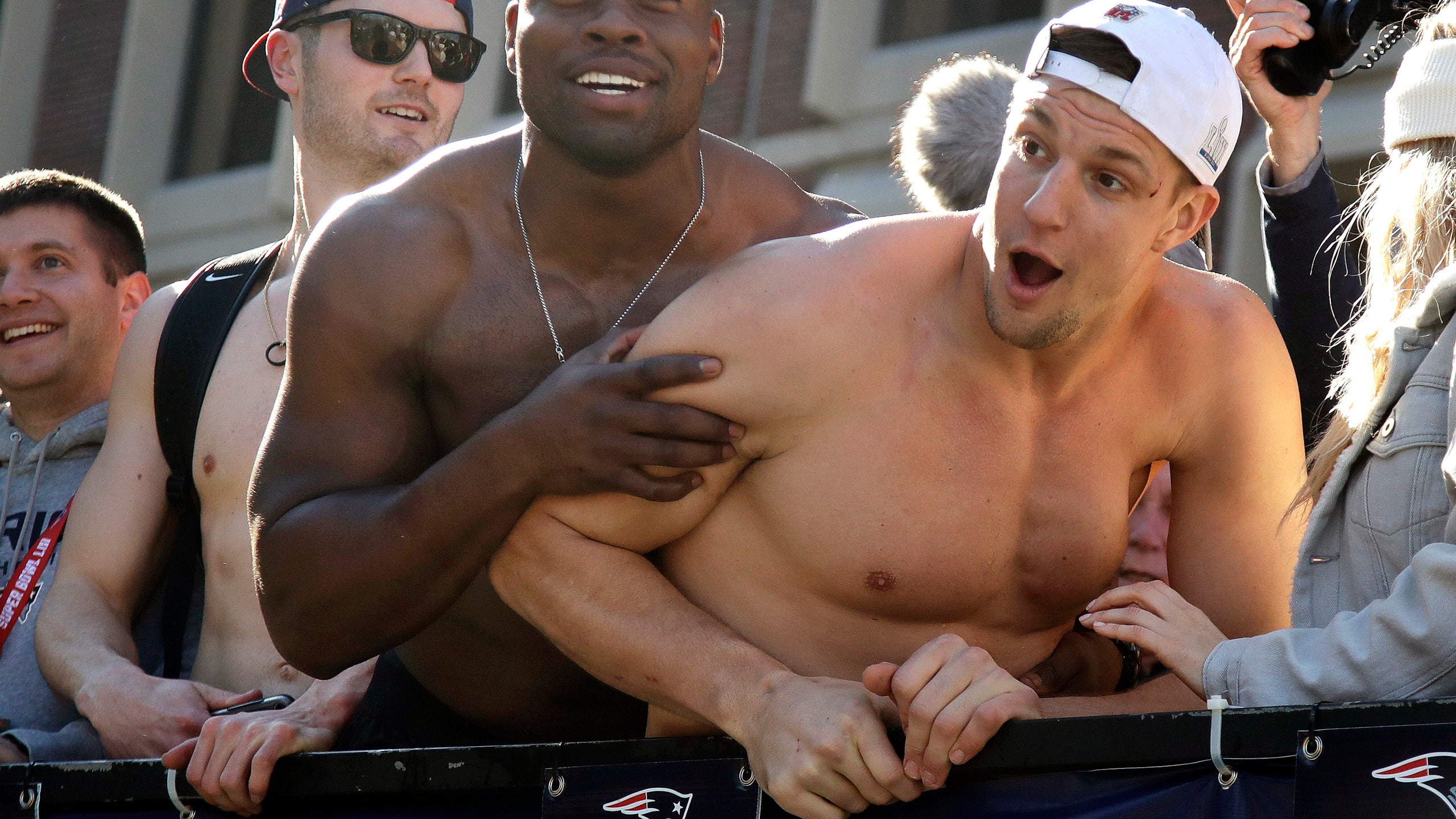 Gronk gets bonked by beer can during Super Bowl parade

Rob Gronkowski, the New England Patriots' star tight end, says he got hit in the face by a can of beer thrown during Tuesday's Super Bowl victory parade in Boston.

Gronkowski told "The Tonight Show with Jimmy Fallon" the can drew blood, and he showed Fallon the small cut it left near one of his eyebrows.

He said: "I'm just chilling, then boom, pop, full beer can right to the face."

The same thing happened to Red Sox manager Alex Cora during October's parade in Boston to celebrate that team's World Series title. That prompted Mayor Marty Walsh to warn Patriots fans not to throw anything at the team.