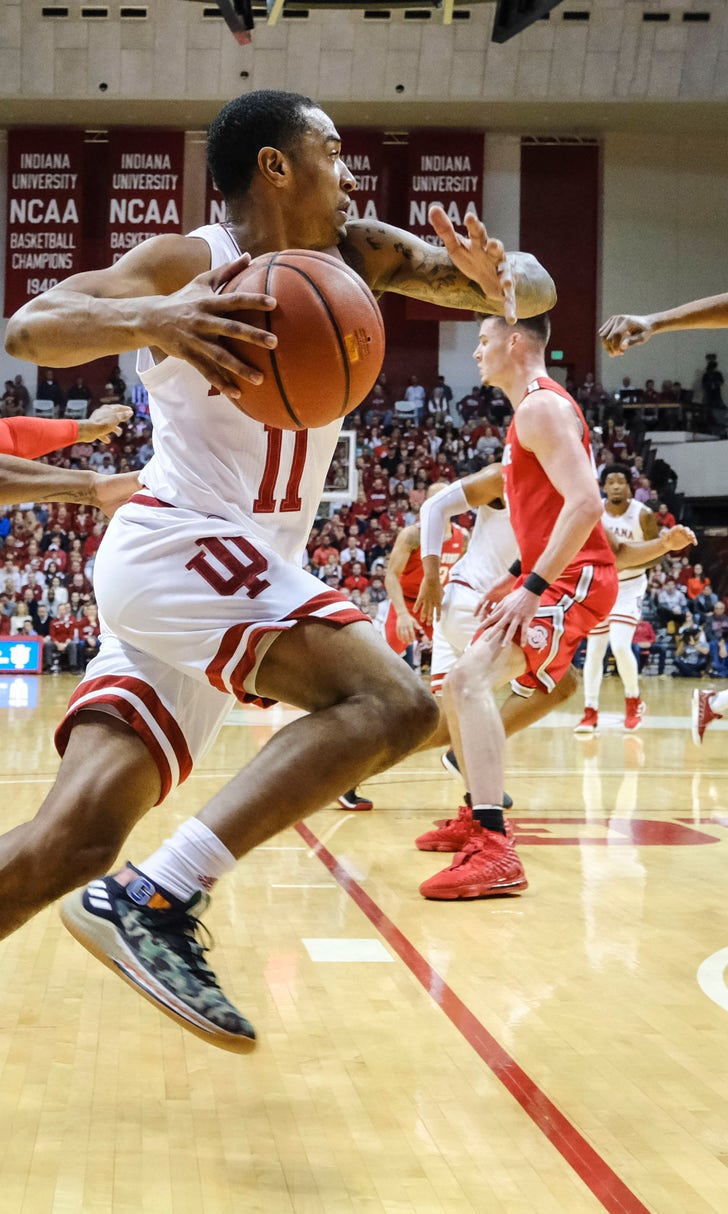 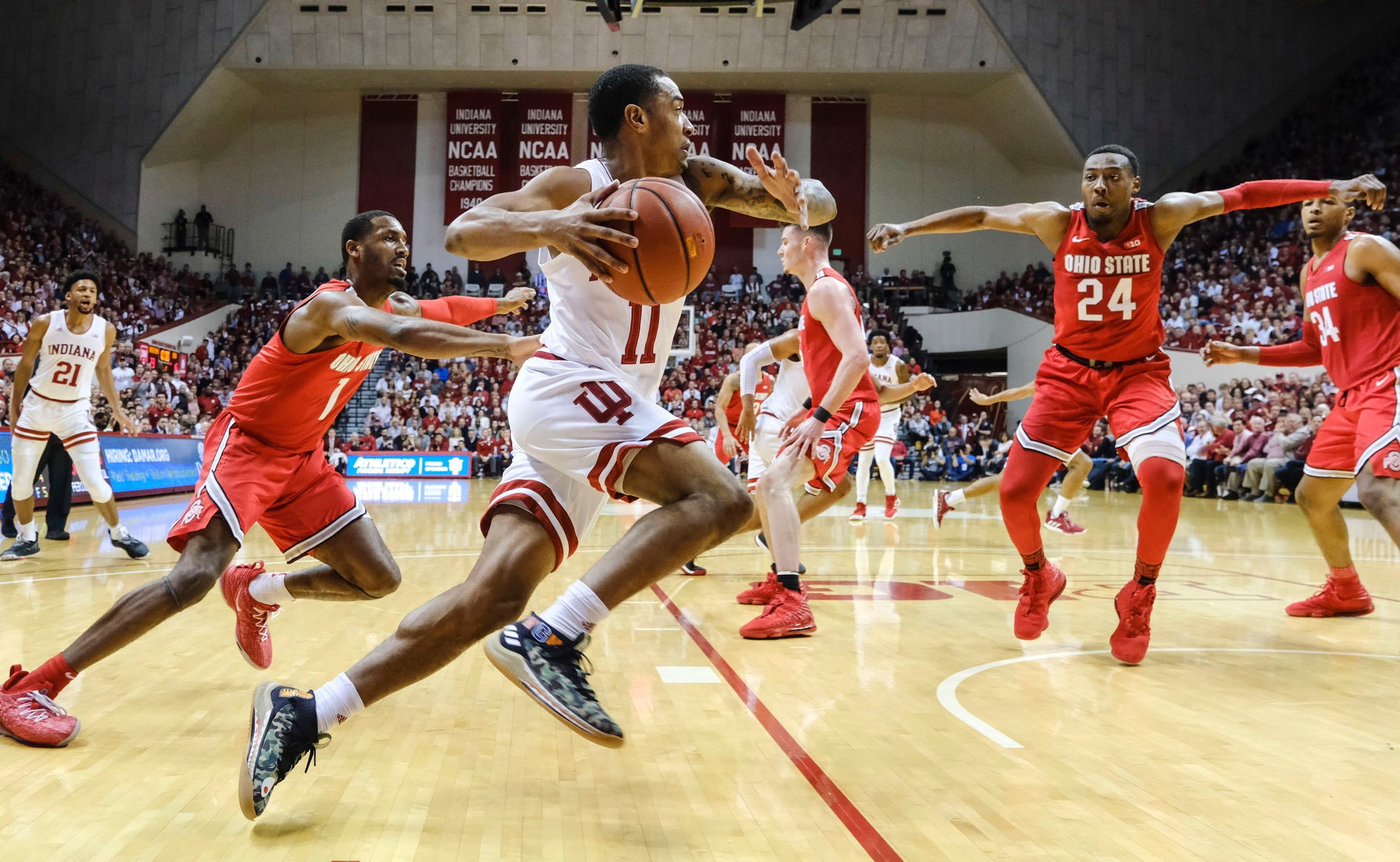 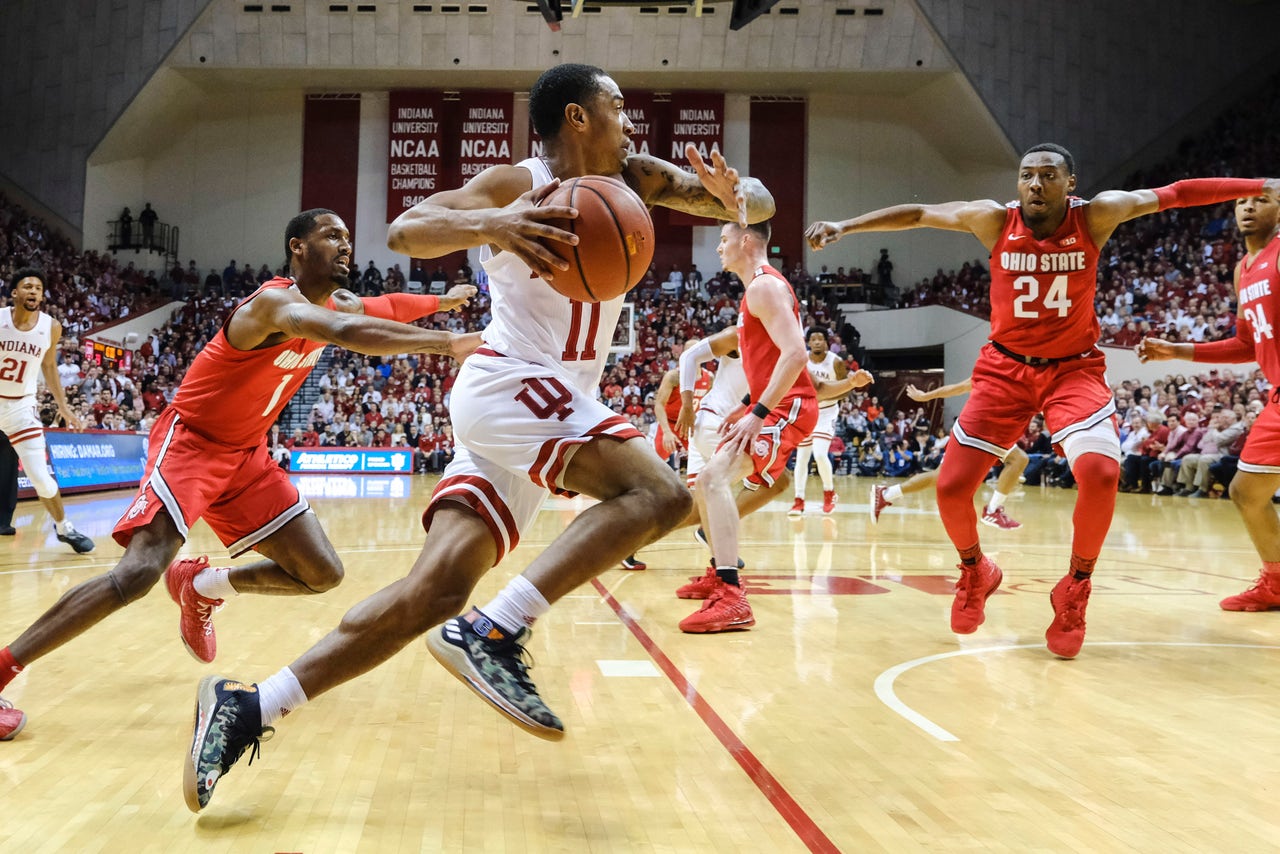 He doubled down with one move: giving Rob Phinisee his first start of the season and bringing Devonte Green off the bench. It worked perfectly.

Phinisee gave the Hoosiers the offensive jolt they needed early by making his first three 3-pointers, and Green delivered the finishing touch with 11 points in the final 10 minutes to send Indiana past No. 11 Ohio State 66-54. The Buckeyes have lost four in a row.

“It always comes down to guard play and to beat the best, you have to have good guard play," Miller said. “I thought we had very good guard play today. Rob got us going on both ends of the floor, and Devonte played well, too."

After Wednesday's lackluster effort against Northwestern, Miller wasted no time making his decision.

On Friday, he told the oft-injured Phinisee, last year's starting point guard, and the streaky Green he was making the move — and both responded as Miller hoped.

Phinisee delivered a shooting flurry and Green provided a lift off the bench with nifty moves and critical baskets. Indiana won its second straight and picked up its second victory over a ranked opponent.

“There's nobody in our locker room who doubts the necessity he (Green) is to our team," Justin Smith said. “He can score, pass, defend. He's a very big part of our team and he's showed that in our two biggest wins this season."

After rallying to a 34-31 halftime lead, the Buckeyes gave it away by missing their first shots of the second half. And when the Hoosiers overcame their own scoring droughts, they somehow scraped together a 14-1 run that gave them a 57-46 lead with 5:49 to play. Green closed it out.

“Tough second half for us," coach Chris Holtmann said. “Give Indiana credit for making timely shots and really defending well. But we have to find a way to figure some things out here quickly.”

Ohio State: The Buckeyes haven't scored 60 or more points since Dec. 21. On Saturday, they finished with 16 turnovers and were 2 of 14 on 3s in the second half. No wonder their 11-1 start seems like a distant memory, and if they can't find a quick fix, more losses could be looming.

Indiana: The Hoosiers played with the passion and energy Miller expects. Phinisee was a big part of it all with his quick decisions and court vision. But if the Hoosiers don't improve at the foul line, where they were 20 of 36, every game will be an adventure.

Ohio State: The Buckeyes were 7 of 12 on 3s in the first half. ... Ohio State scored only 16 points in the paint, shot 21% from the field in the second half and finished with 16 turnovers. ... Kaleb Wesson had 10 rebounds and his brother, Andre, had seven. ... D.J. Carton scored 10 points but had seven turnovers.

Indiana: Green was 5 of 8 on 3s and had five rebounds. Joey Brunk had seven points and five rebounds. ... Forward Damezi Anderson sat out with an illness. ... Indiana celebrated alumni reunion day by welcoming dozens of former players, managers and coaches, including former star Alan Henderson. ... Phinisee did not speak to reporters following the game because he was getting treatment after appearing to injure his hip or midsection.

Ohio State: “There have been times where I think he's been playing a little bit too fast,” Holtmann said, referring to Carton. “But like I said, we just have to work with him as coaches. He's got a great attitude. He'll figure it out."

Indiana: “Ï thought we got our head out of the mud," Miller said. We got our heads and our attitude ready to go today. We probably played as good a defensive game as we've played all year."

Ohio State will try to pick up program win No. 1,700 in Columbus on Tuesday against Nebraska.

Indiana will try to extend its winning streak with a trip to Rutgers on Wednesday.