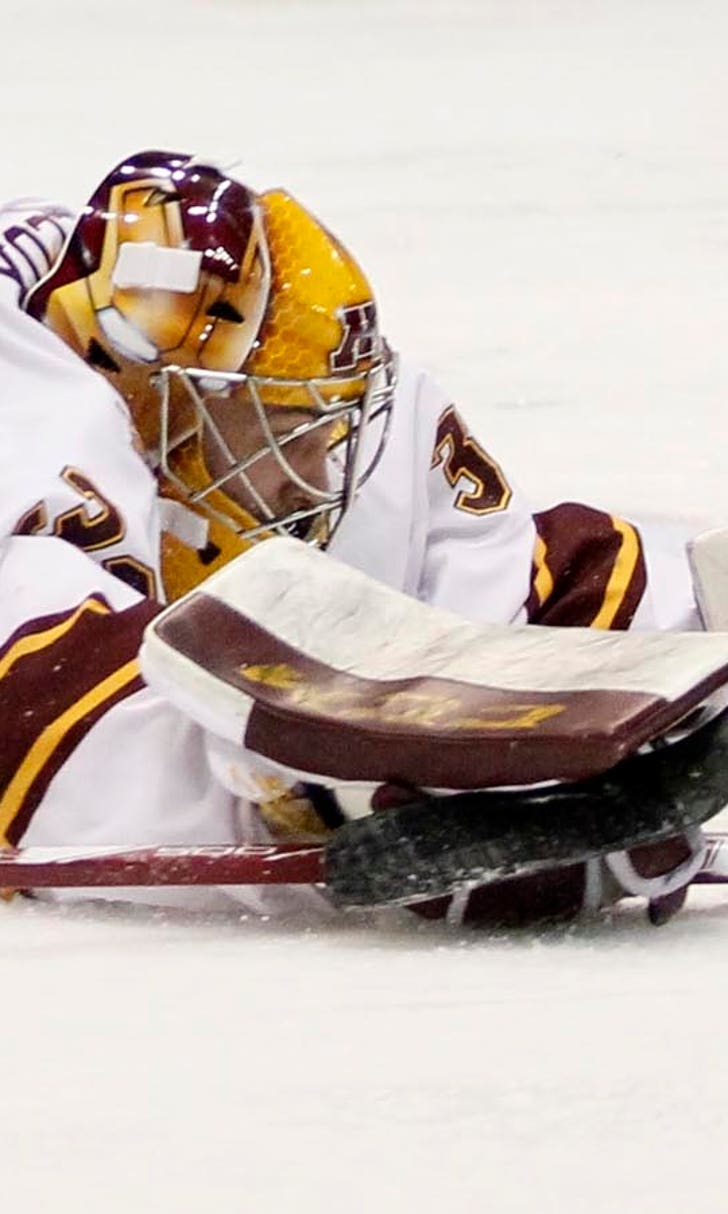 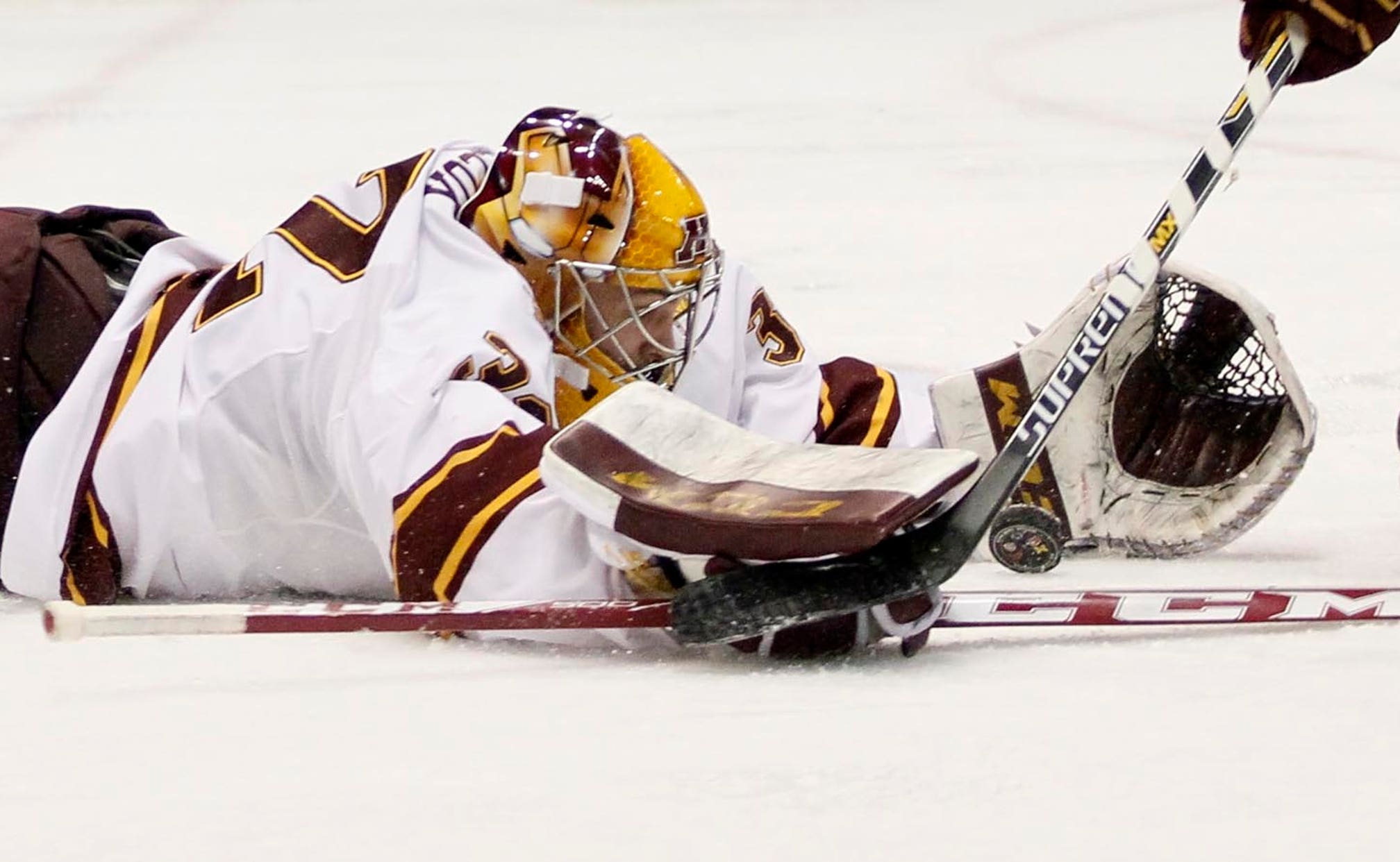 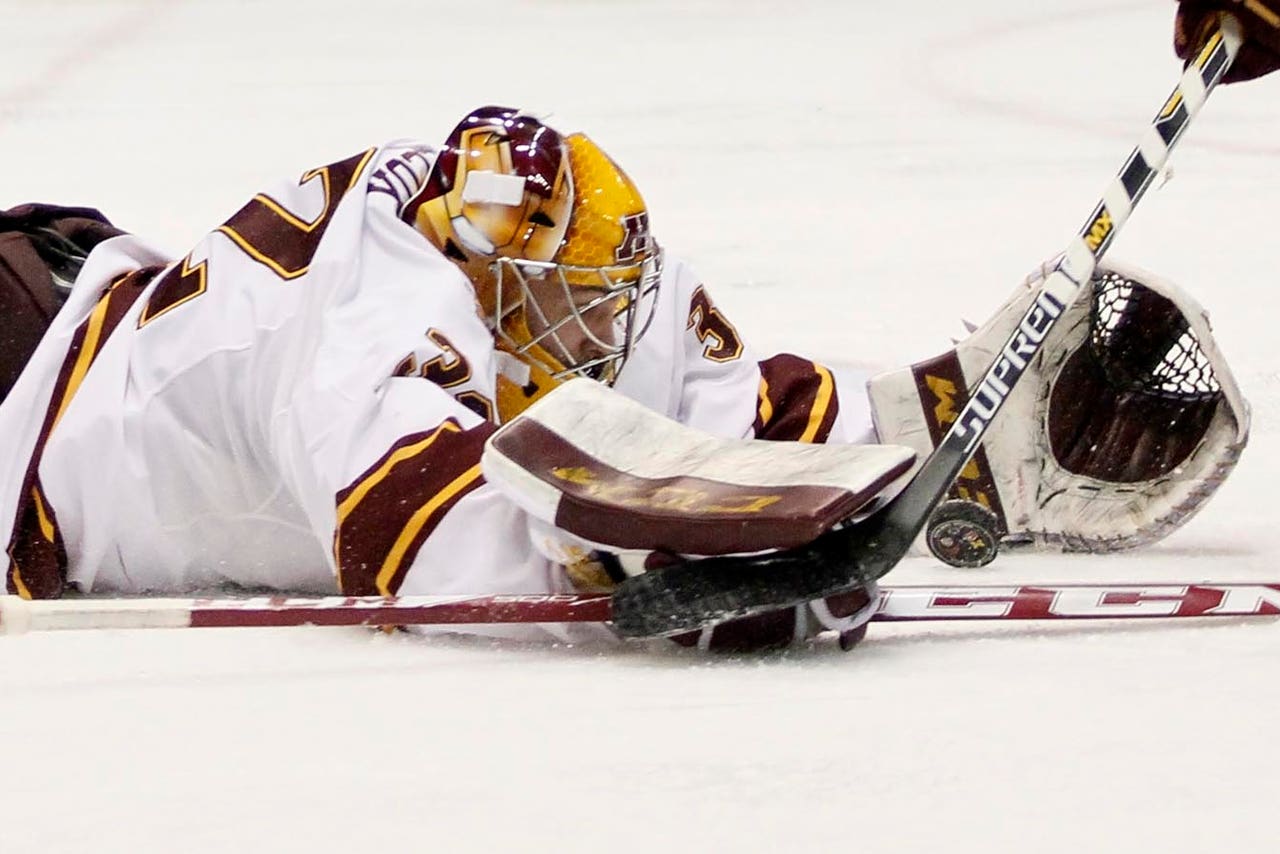 The No. 1 Minnesota Golden Gophers men's ice hockey team cruised to a 3-0 win over the No. 5 Ohio State Buckeyes in the semifinals of the Big Ten tournament on Friday afternoon at Joe Louis Arena in Detroit, Mich.

Gophers senior forward Sam Warning found the back of the net with an assist from senior forward Travis Boyd midway through the second period to get the Gophers started off. Sophomore forward Vinni Lettieri added another tally in the third period with help from senior defenseman Ben Marshall and sophomore forward Taylor Cammarata. Boyd tapped in an unassisted empty net goal to seal the win for Minnesota.

The Gophers will advance to the conference final against the Michigan Wolverines, who neatly handled Michigan State, 4-1, in Friday's other semifinal. The Big Ten's best face off Saturday night at 7 p.m. CT.