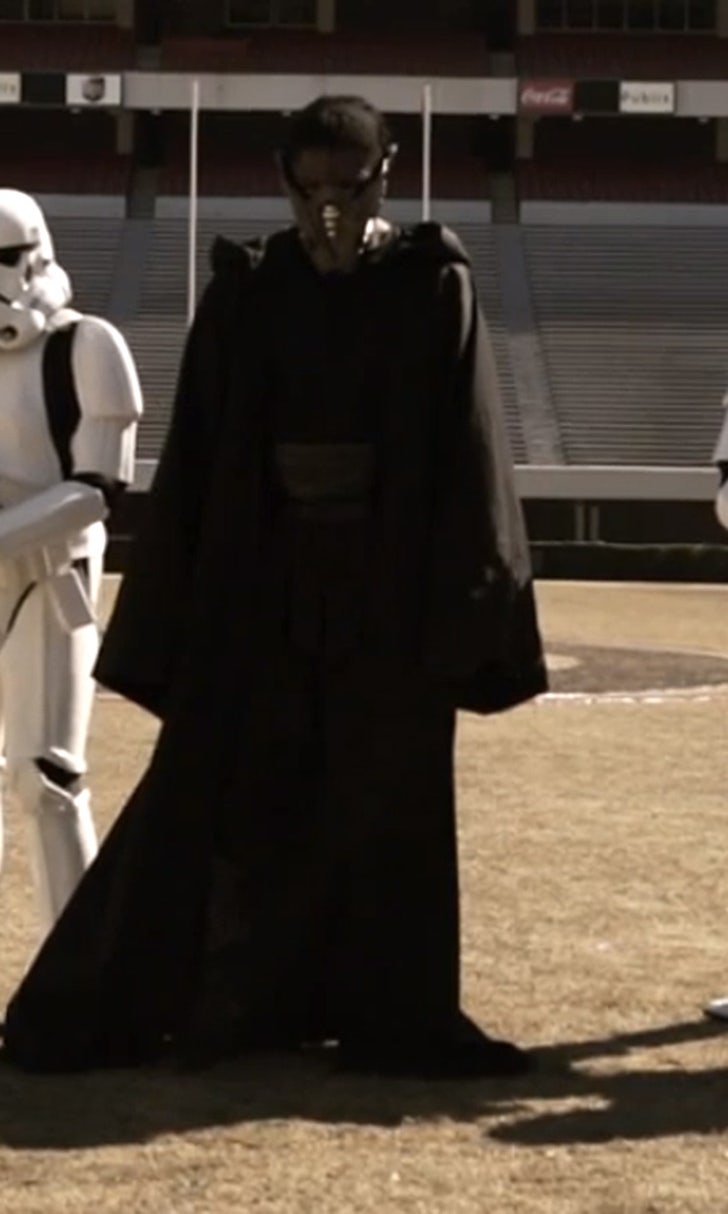 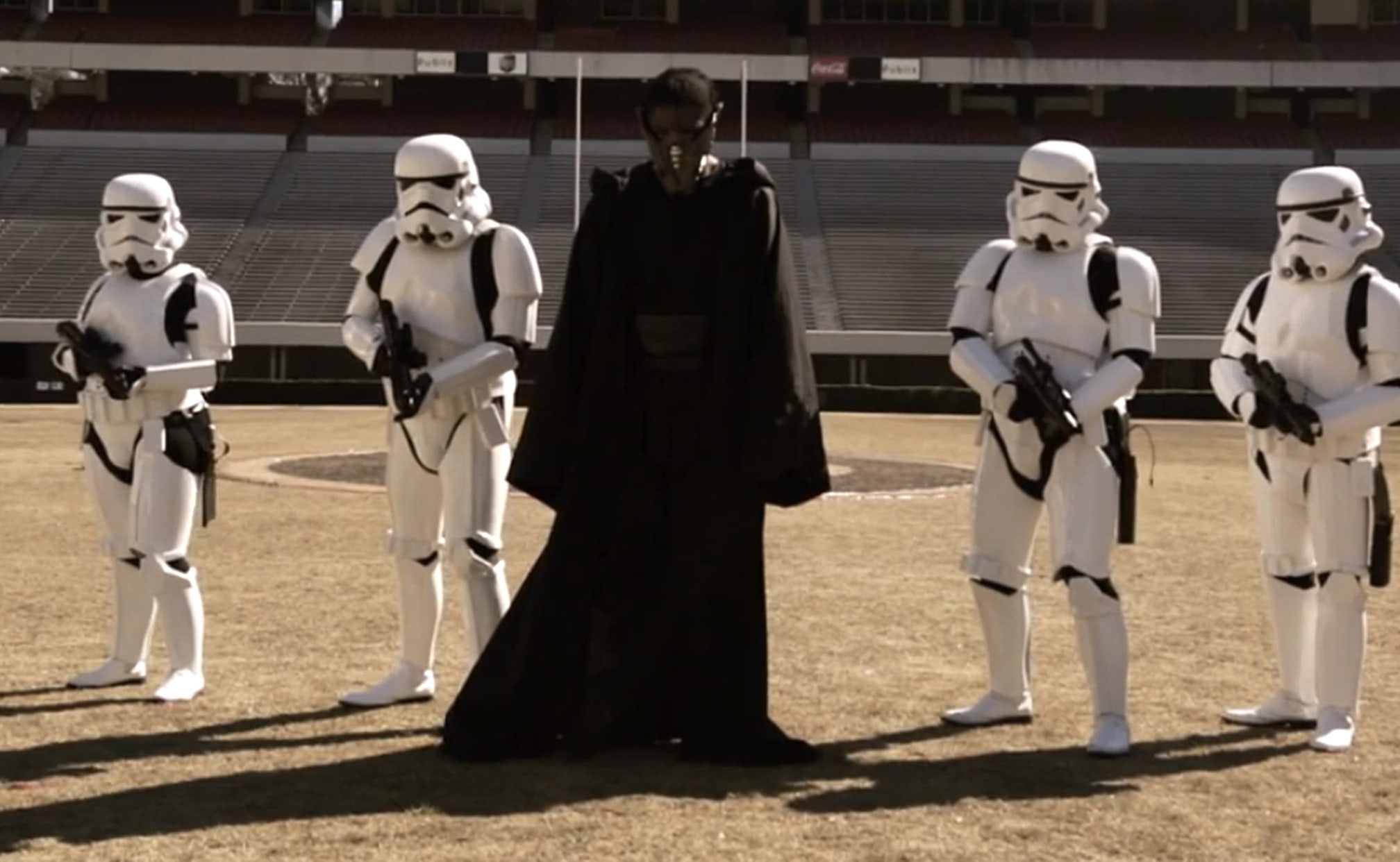 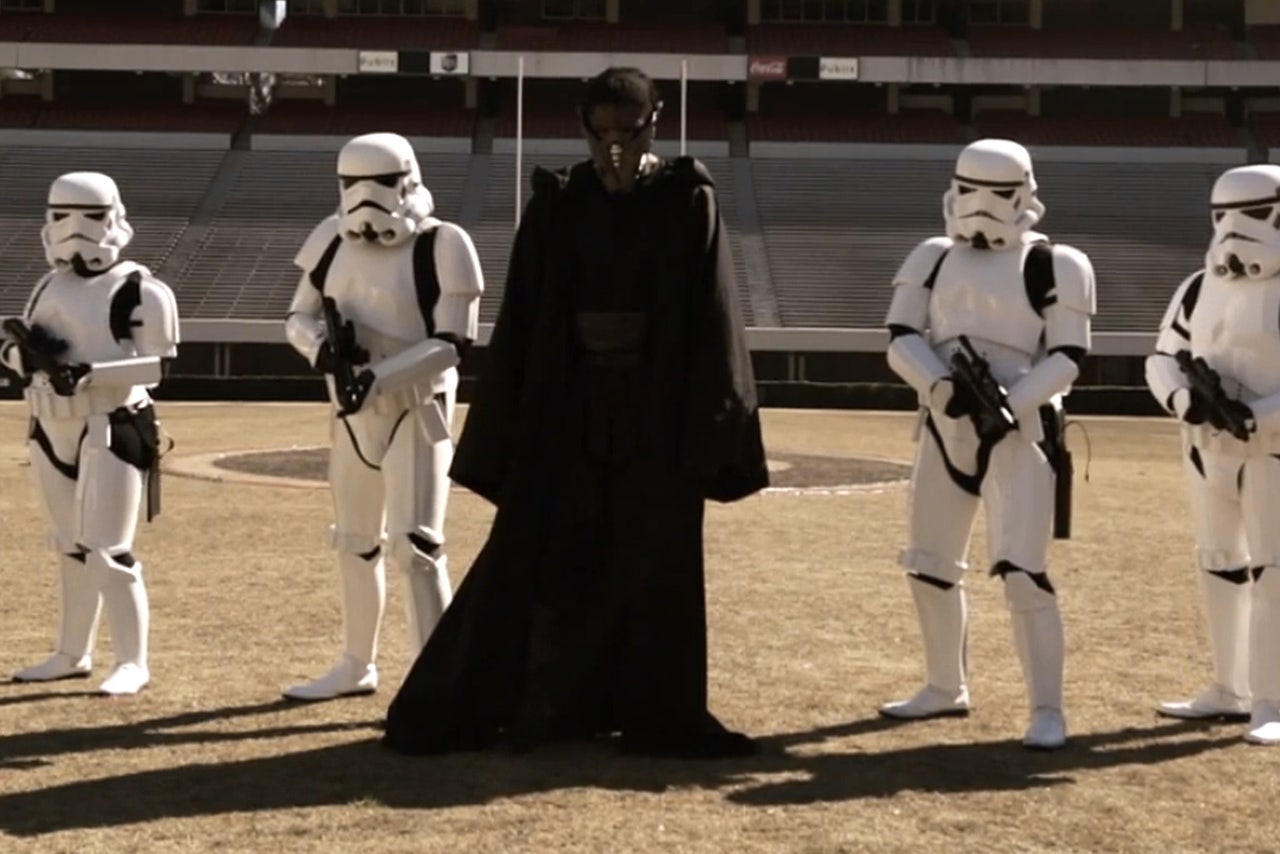 Georgia wide receiver Chris Conley has made his own Star Wars movie, filming scenes throughout campus, including a light saber duel on the field at Sanford Stadium. Conley, an avid Star Wars aficionado who sometimes chooses to dress as a jedi on campus, wrote, directed, choreographed the fight scenes, and stars as the villain in the film, a Bane-like, red-eyed Jedi in a mask named Khari Vion.

The 26 minute film, entitled "Retribution," also features cameos from Georgia coach Mark Richt, running back Todd Gurley, and the Georgia mascot. If you've ever dreamed of light saber duels inside an SEC stadium -- and let's be honest, who hasn't? -- this is basically your dream come true. The movie's very well done and represents a true rarity -- a summer story about a Georgia football player on Outkick the Coverage that doesn't involve a Georgia football arrest or suspension.

Check out the movie. You can watch while you're pretending to work.