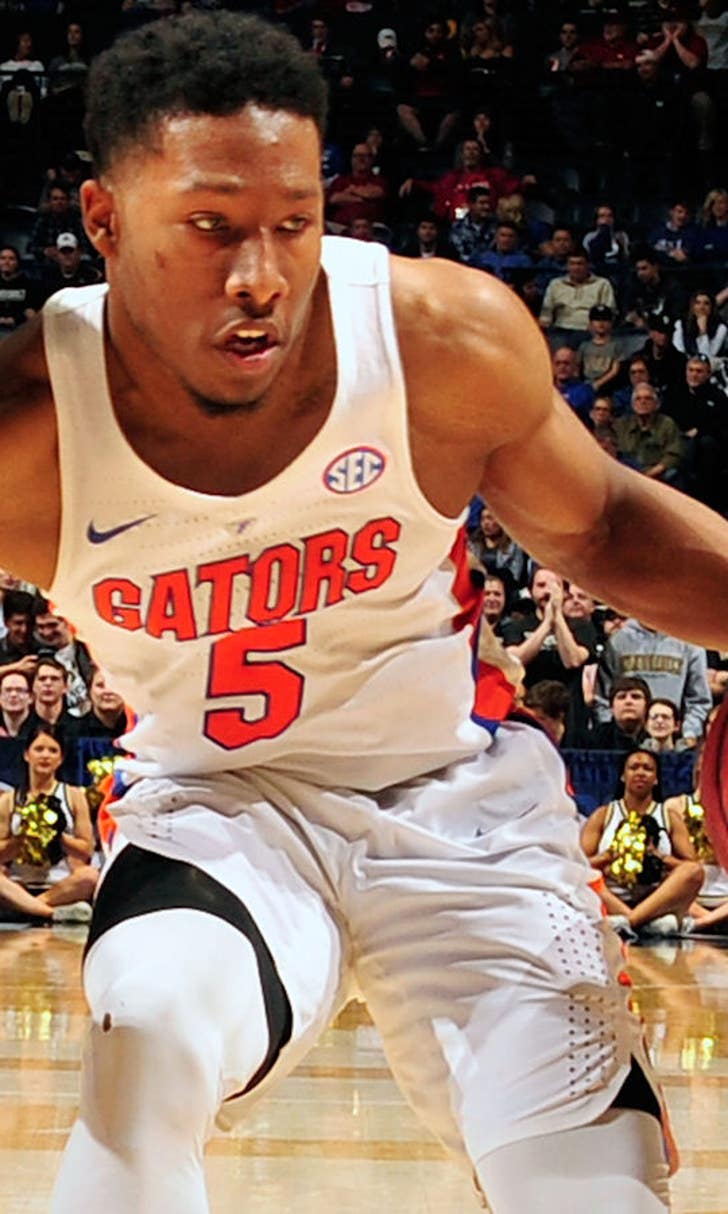 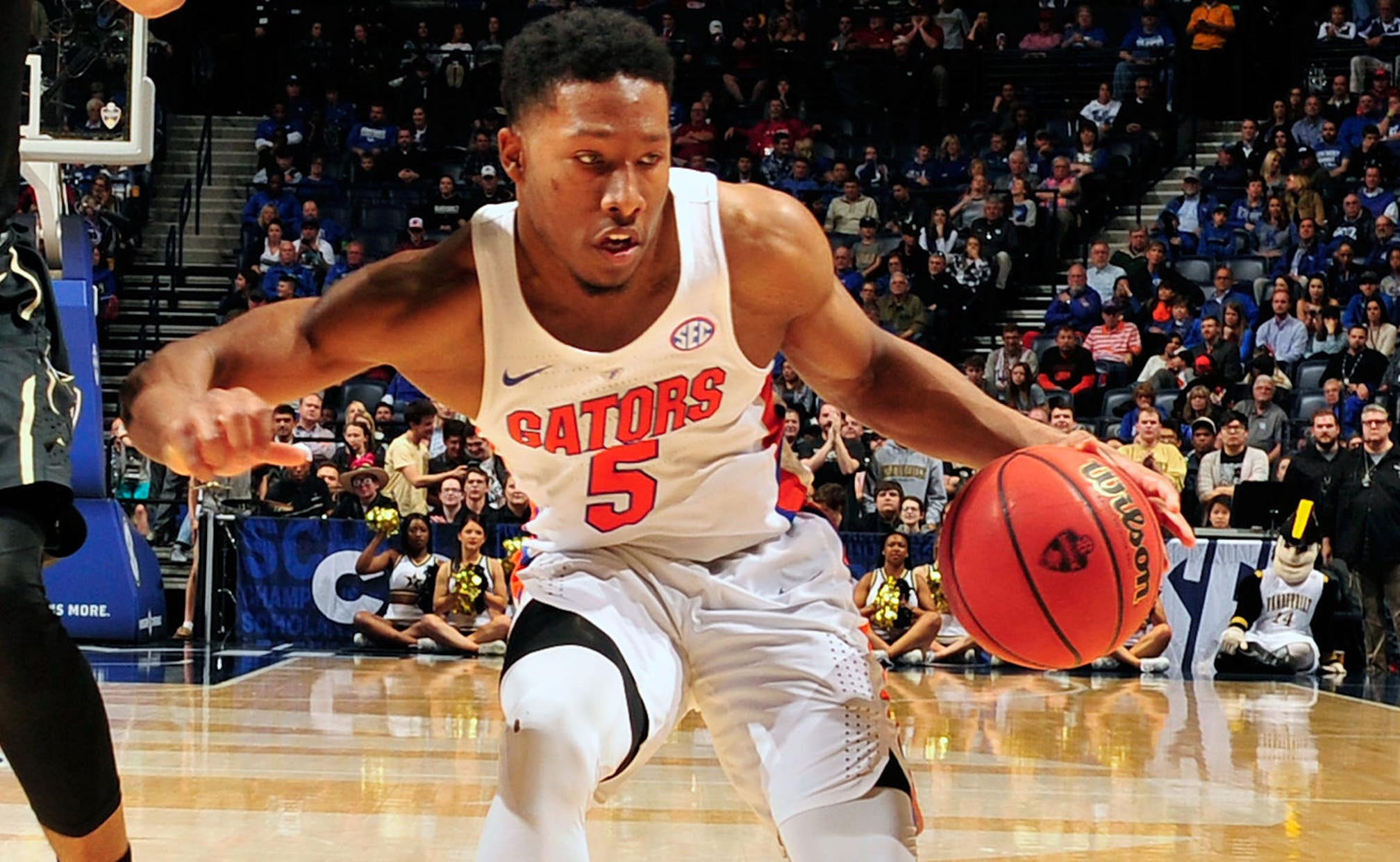 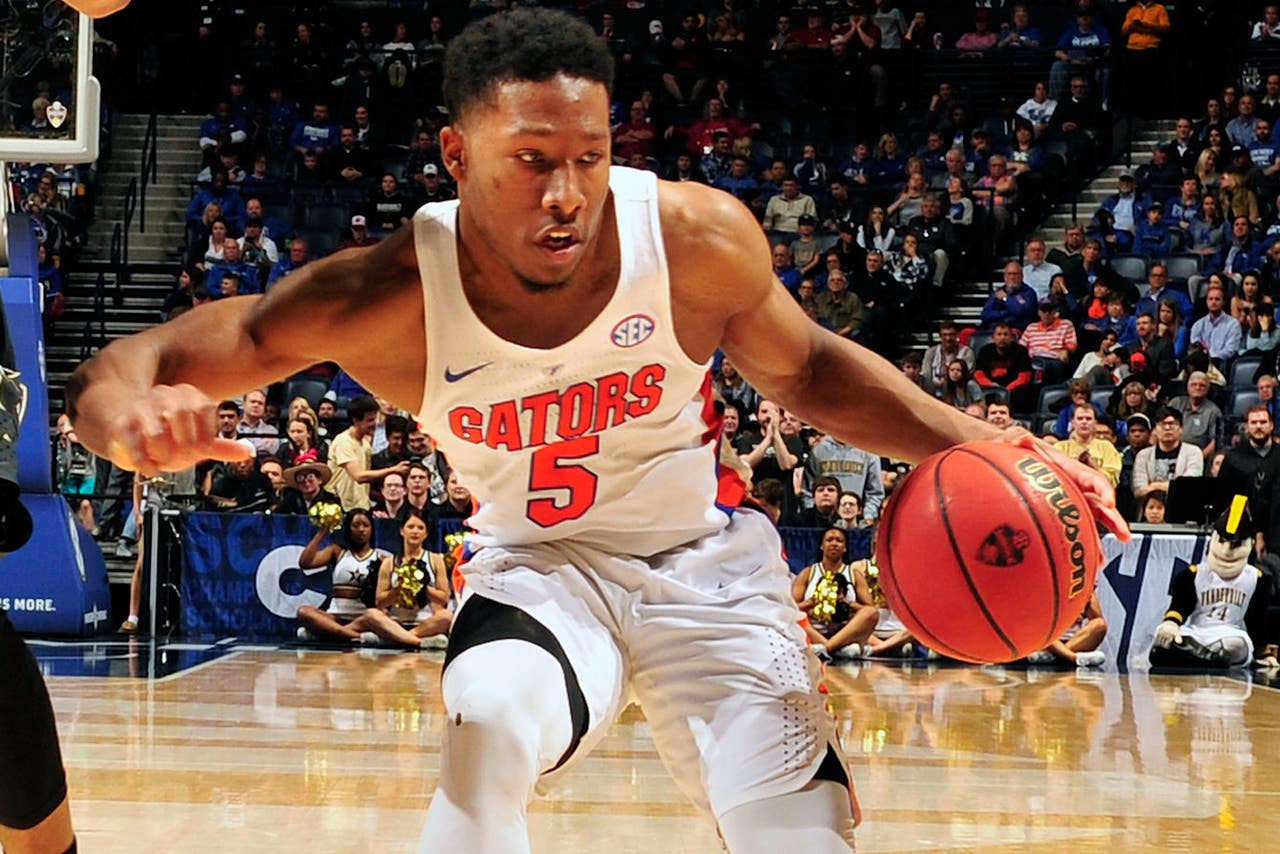 The Florida Gators check in at No. 8 in the AP preseason basketball poll.

Duke was in good position to be ranked No. 1 in The Associated Press poll before landing Marvin Bagley III. Once the nation's top recruit decided to reclassify for this season, the Blue Devils became the voters' clear choice.

Led by Bagley and senior guard Grayson Allen, Duke was the preseason No. 1 for the second straight season a ninth time overall, matching rival North Carolina for most all-time. The Blue Devils received 33 of 65 first-place votes from a national media panel in the AP Top 25 released on Wednesday.

Kentucky rounded out the top 5, followed by Villanova, Wichita State and Florida. Defending national champion North Carolina is No. 9 and Southern California is 10th.

West Virginia was No. 11, followed by Cincinnati, Miami, Notre Dame, Minnesota, Louisville, Xavier, 2017 national runner-up Gonzaga and No. 19 Northwestern, which is ranked in the preseason poll for the first time.

North Carolina was ranked No. 6 in the 2016 preseason poll before going on to beat Gonzaga for its sixth national title.

Duke had three players leave school early, but coach Mike Krzyzewski restocked the Blue Devils with another stellar recruiting class. The class is led by Bagley, an athletic 6-foot-11 forward was widely considered the No. 1 recruit of the 2018 class before reclassifying.

Duke, which lost to Final Four-bound South Carolina in the second round of the 2017 NCAA Tournament, is ranked No. 1 for the 129th time, five behind all-time leader UCLA. The Blue Devils were first the preseason No. 1 in 1978-79 and finished seventh in last year's final poll.

"It is an honor to be picked No. 1 in your sport," Blue Devils coach Mike Krzyzewski said. "At this time of the year, it truly is a prediction, so you haven't earned No. 1 yet. More than likely, past teams that have played at Duke have put this team in a position where people might say, `How is that team going to do?' or `They have a lot of talent' and all of the sudden, you're No. 1. Certainly, it's an honor and we'll look forward to trying to achieve and earn that ranking at some time during the season, hopefully at the end."

The Atlantic Coast Conference had the most ranked teams with five, while the Big 12 and Big Ten had four each. The Big East and Pac-12 each had three.

Kansas extended the nation's longest consecutive poll streak with its 162nd straight Top 25, a run that started on Feb. 3, 2009. Arizona is next with 98.

Arizona, USC and Louisville enter the season clouded in uncertainty after assistant coaches from all three schools -- along with Auburn -- were arrested in a federal investigation into bribing players. Louisville will play under interim coach David Padgett after coach Rick Pitino was fired in the wake of the scandal.

The first regular-season poll will be Nov. 13. The season will have an early 1-2 matchup the next day, when Duke plays Michigan State in Chicago in the Champions Classic. No. 4 Kansas plays No. 5 Kentucky in the second half of the doubleheader.

Is OSU's Season in Jeopardy?
A COVID-19 outbreak in Columbus could spell trouble for the Buckeyes' season. The Big Noon Kickoff crew breaks it down.
4 days ago

CFP Rankings: What You Need To Know
The first College Football Playoff rankings were released on Tuesday, and the Alabama Crimson Tide are in the top spot.
November 24

College Football's Top Plays: Week 12
From thrilling Top 25 matchups to an Oscar-worthy flop and Michigan's OT escape, check out Saturday's best moments!
November 22
those were the latest stories
Want to see more?
View All Stories
Fox Sports™ and © 2020 Fox Media LLC and Fox Sports Interactive Media, LLC. All rights reserved. Use of this website (including any and all parts and components) constitutes your acceptance of these Terms of Use and Updated Privacy Policy. Advertising Choices. Do Not Sell my Personal Info