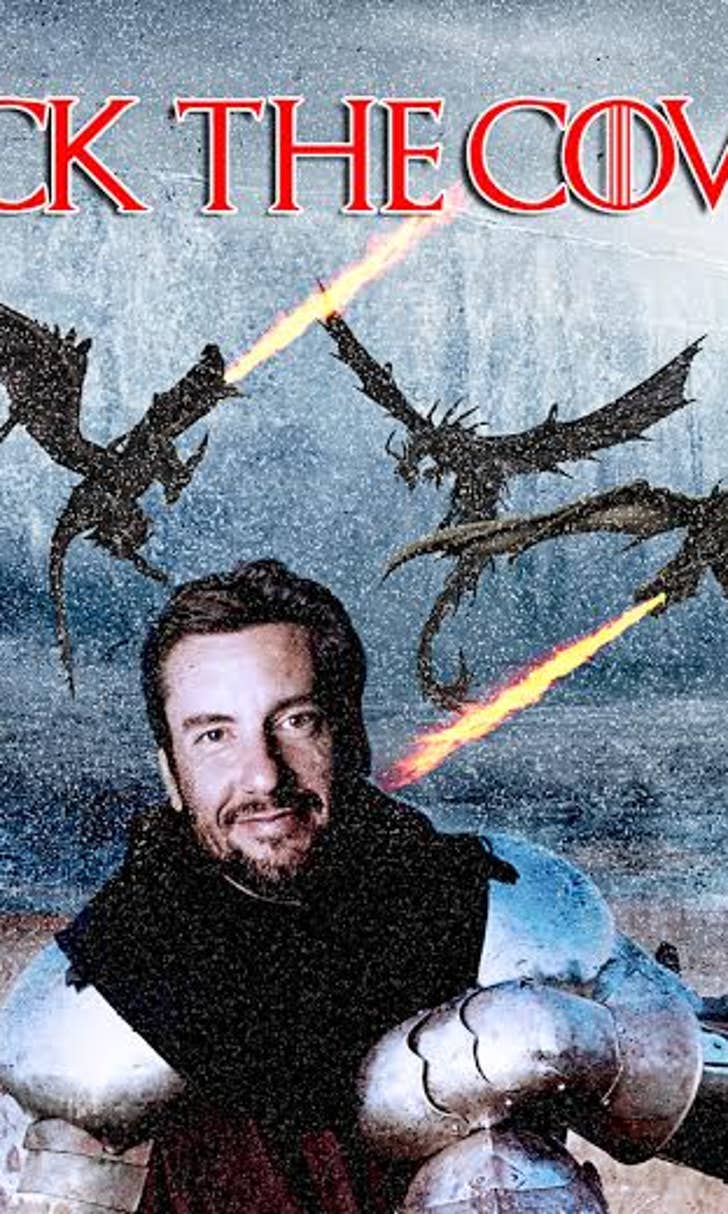 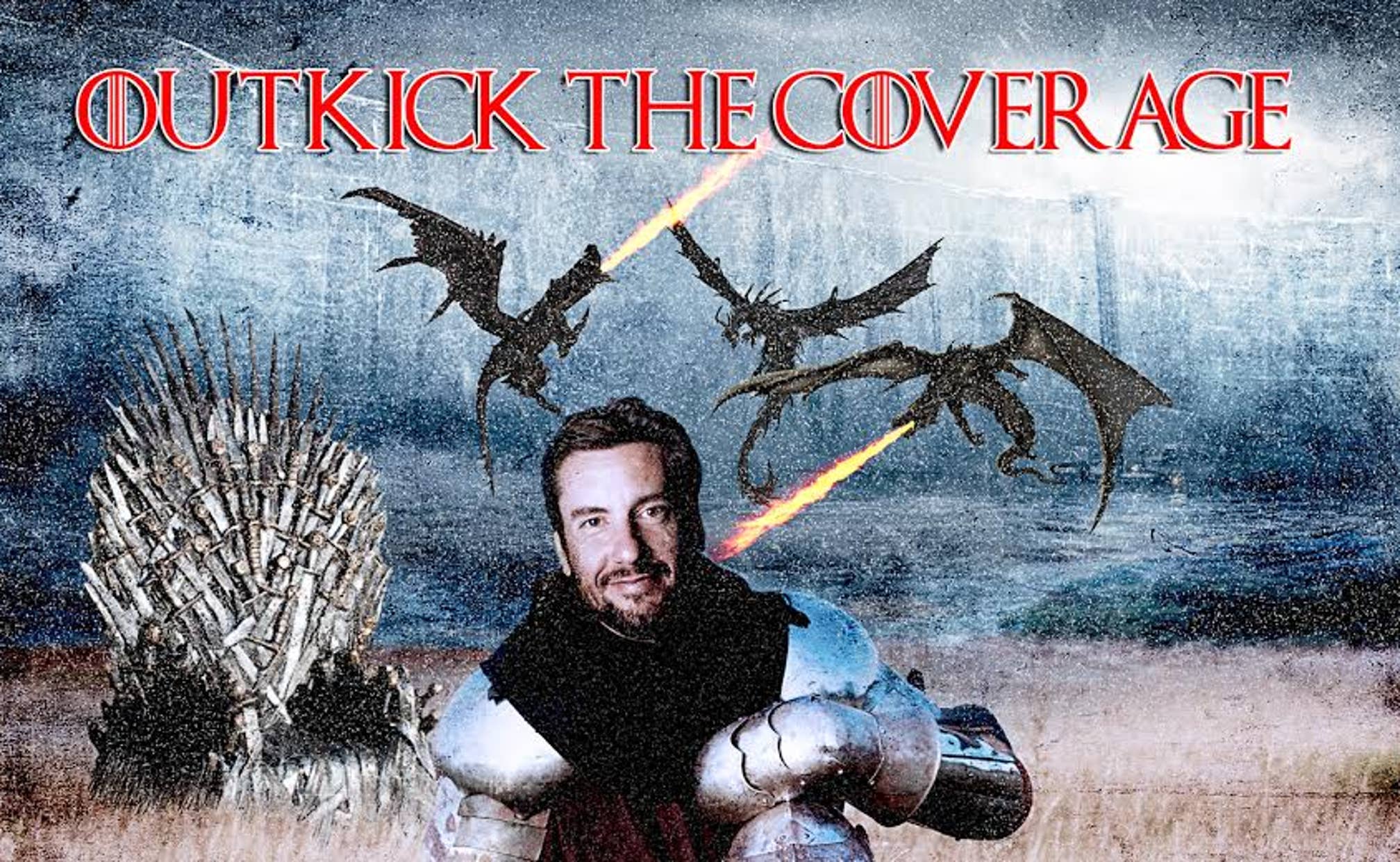 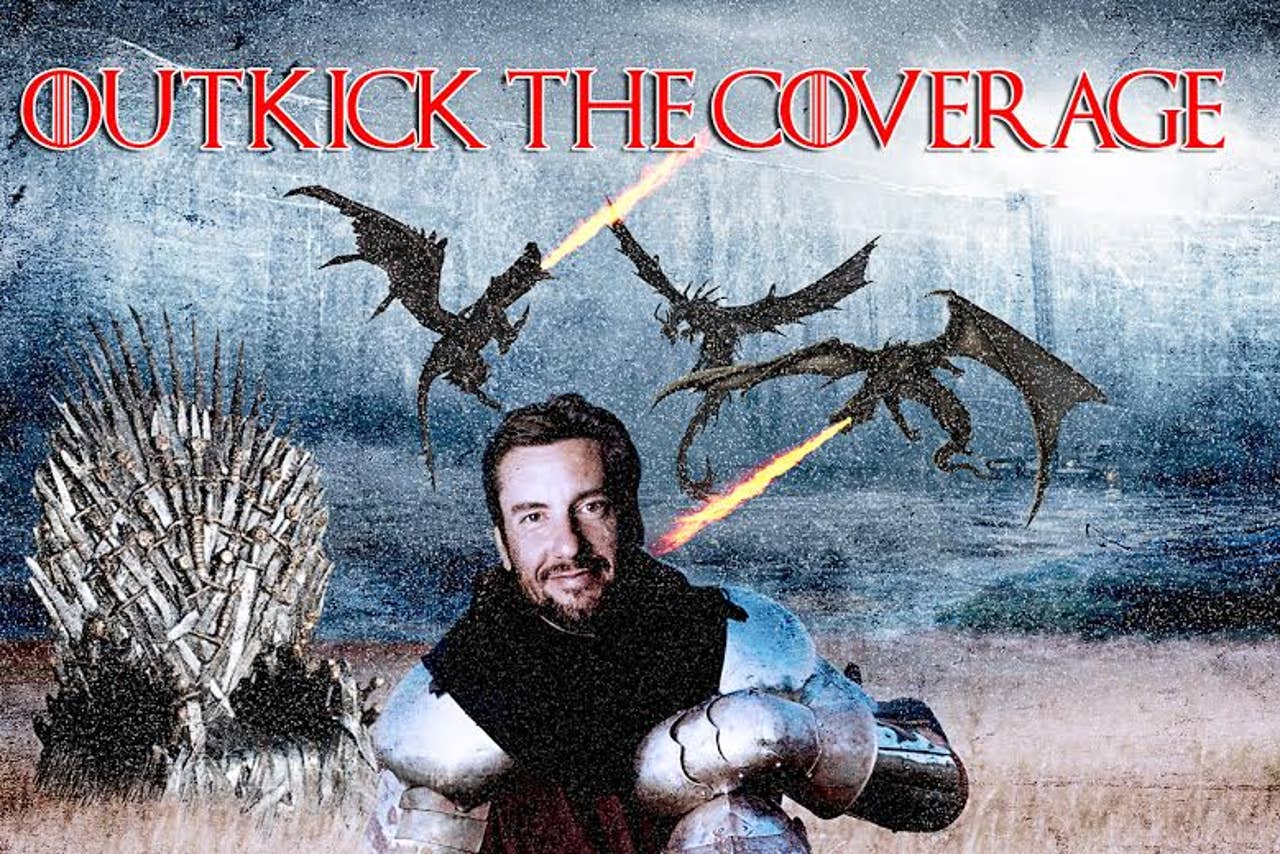 Last year on father's day Tyrion killed Tywin Lannister so given that it's Mother's Day I wondered if we might get a twisted maternal surprise on "Game of Thrones."

Turns out we did, kind of.

Read on for the fun that was episode five of "Game of Thrones."

1. Daenerys feeds one of the men who heads up a wealthy family to her dragons to make up for the men in the gold masks' surprise attack on her soldiers.

One of the dragons breathe fires on the man and then as he burns the dragons rip his body in two.

As deaths go this seems pretty awful. I mean, the dragons have to let you burn you to death before they shred you in two? That's just death showboating, the dragon basketball equivallent of hanging on the basketball rim and pointing.

The hundred year old blind man, Aemon Targaryen, who has spent most of his life as the maester at Castle Black, says, "A Targareyen alone in the world is a terrible thing."

Immediately thereafter Jon Snow walks into the room and the camera follows him.

Yep, the clues continue to pile up this season that Snow is a Targaryen.

3. Jon Snow, the Abraham Lincoln of "Game of Thrones," proposes allowing the wildlings through the wall to settle the north.

This is despite the fact that there has been eight thousand years of battle between the wildlings and the northern communities.

Snow's theory is sound, he doesn't want the wildlings to become an army of white walkers.

But all I could think is this -- if there were white walkers in Mexico, would we have immigration reform in this country? I think we would.

4. I know this will shock y'all, but Ramsey Bolton likes sadistic sex.

I know, I know, the guy who cut off Theon's penis and torturned him for an entire season -- so much so that I could barely watch these episodes -- is in to some freaky sexual acts.

I thought he'd be a missionary and then cuddle kind of guy myself.

Anyway, we haven't had many sex scenes at all this year, and we certainly haven't had any pleasurable sex scenes. Ramsey's mistress is standing naked discussing Sansa Stark. Ramsey threatens to toss her aside if she bores him, she bites his lip and they have violent "Fifty Shades of Grey" sex.

This is after Ramsey's mistress surprises her as she stands staring up at the window where Jaime Lannister -- you know, the guy you like now but used to hate because he tried to murder children and has three kids/nieces and nephes -- shoved Bran to his near death after Bran stumbled upon him having sex with Cersei. (By the way, is Bran still in the tree learning how to fly? How are we not seeing him at all this season? And whatever happened to the youngest Stark kid? I can't even remember.)

This is a great moment to point out that Arya Stark would have immediately walked up and stabbed Theon right in the heart.

We know that both brothers are still alive, but hardly anyone on the show knows this. They all believe that Sansa is the last Stark. In reality we still have two Stark brothers, and another Stark sister. As well as Jon Snow.

Is anyone else convinced that Theon is going to have his own Darth Vader moment where he turns on Ramsey/the Emperor and ends up dying in Sansa's arms after killing Ramsey?

I'm so convinced this is going to happen now I don't even need to see it. Theon will have some form of redemption. (Probably during Stannis's attack on Winterfell). Otherwise this entire story angle -- and the amount of time spent on it -- makes zero sense.

7. Ramsey Bolton is the product of Lord Bolton's raping his mother underneath the dead bady of her hanged husband.

And how about the fact that every single one of you thought, you know what, it makes total sense that Ramsey Bolten was conceived when his dad raped his mom underneath the hanging body of her husband?

I mean this doesn't even shock anyone.

In fact, it's downright predictable.

Can you think of any other show you've ever watched where this information wouldn't be considered shocking? I can't.

8. Stannis discusses with Sam how to fight an army of the dead.

Because every single person in "Game of Thrones" knows every single other person's parents, Stannis know's Sam's father.

I have no idea how many people live in the seven kingdoms, but it seems like 100,00 total. Because everyone seems to know everyone else.

9. Daenerys decides to marry a random dude who was afraid she was going to feed him to the dragons.

Talk about a swing in fortunes, one moment you're on your knees begging Daenerys not to feed you to the dragons -- while admitting that you're afraid to die -- only to find out that instead of getting fed to the dragons you're going to marry a smoking hot, rich queen instead.

This is the biggest change of fortunes in "Game of Thrones" since Oberyn went from slaying the Mountain to getting his skull crushed like a grapefruit.

By the way, where the hell is the Mountain? Has he totally vanished? Did I miss him dying? He's still alive, right?

10. A dragon flies over Valyria as Ser Jorah and Tyrion slowly boat through the ruins of the kingdom.

This is a breathtaking scene as both men recite an ancient poem about Valryia burning.

The missing dragon making an appearance is so majestic that you probably didn't notice someone dropping into the water behind them either.

For the next several minutes "Game of Thrones" turns into the "Walking Dead," as these zombie like creatures attempt to grab Ser Jorah and Tyrion. Miracously, the boat doesn't tip -- why didn't the stonemen just tip the boat, I have no idea -- and Tyrion, whose hands remain tied, falls into the water

Just as all goes to black and. like you, I thought we were headed for the ultimate cliffhanger ending, the screen returns from black and we're on a beach. Tyrion and Jorah are both alive!

Both men claim that they weren't touched by the stonemen. Tyrion certainly looks like he was grabbed by the foot. But, as the camera zooms in on him, we all see Ser Jorah's hand already turning to stone.

And the foreboding music as we head to the actual end of the episode confirms that fact.