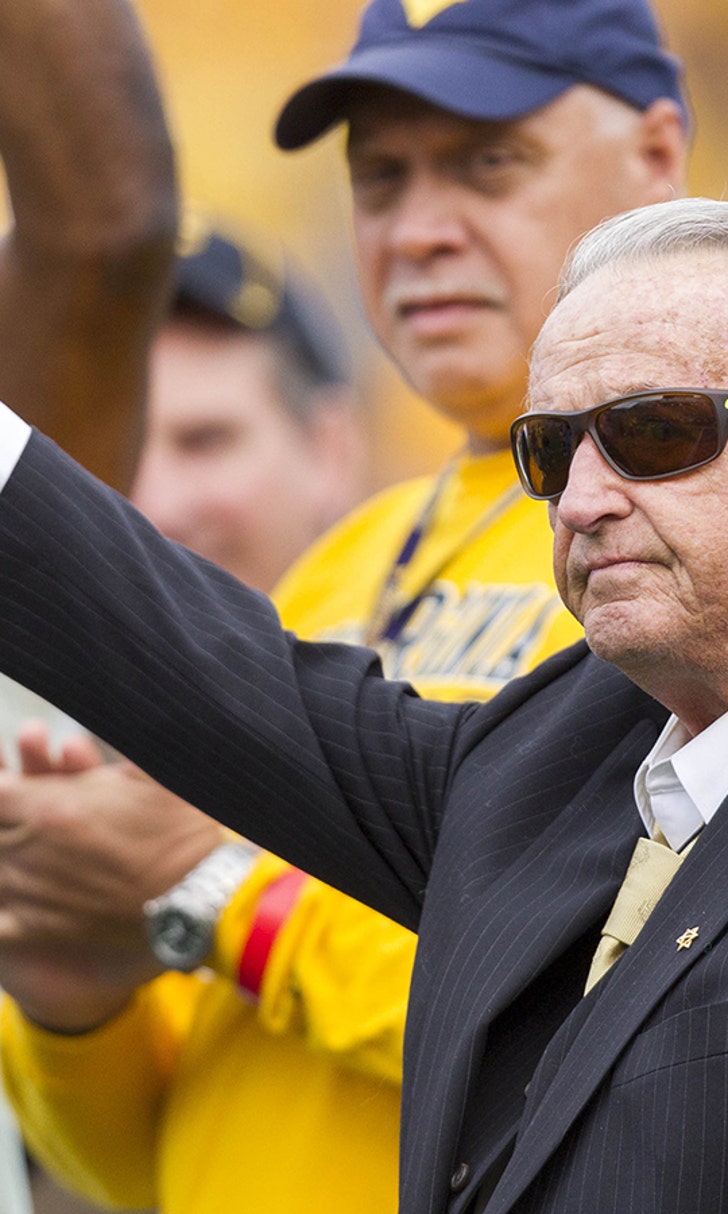 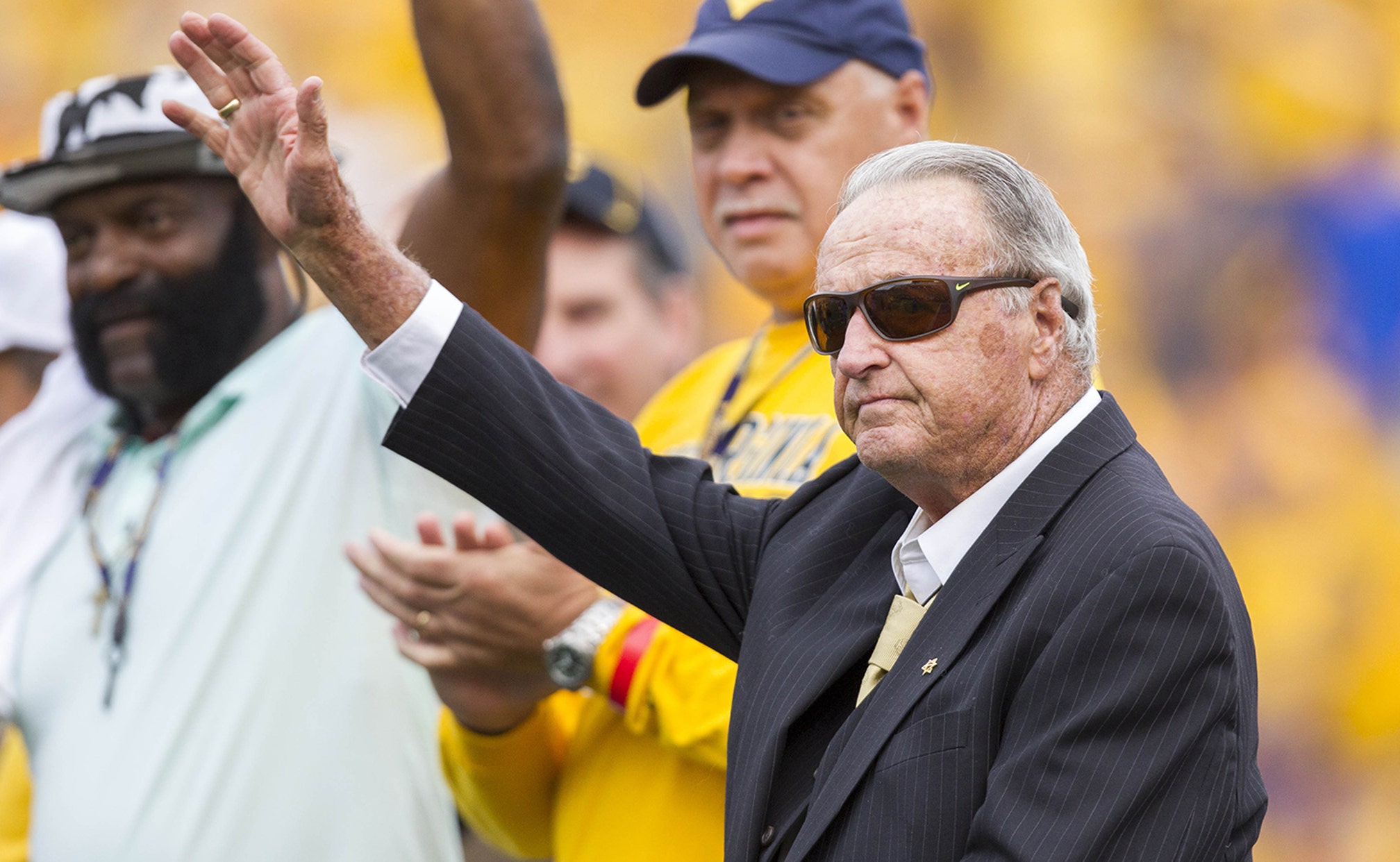 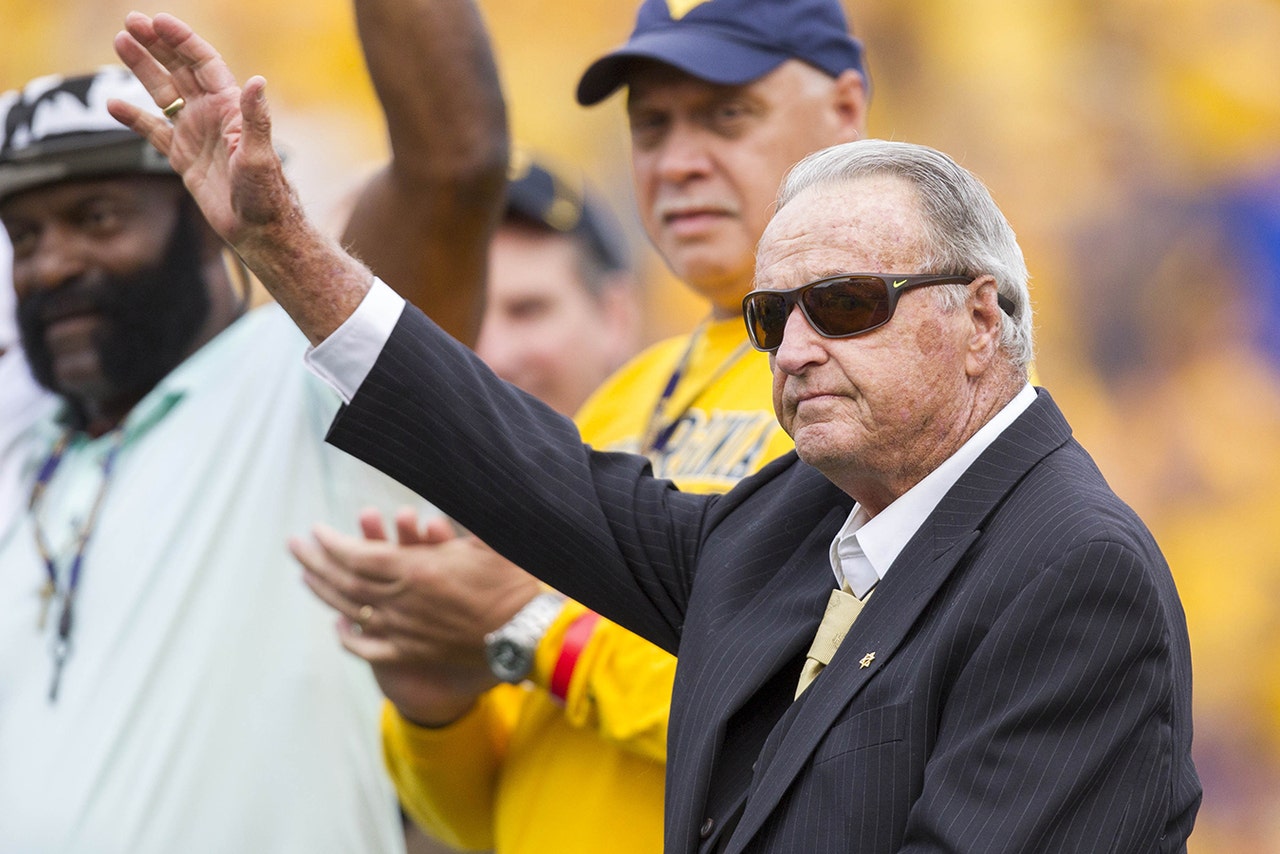 OMAHA, Neb. (AP) -- Former Florida State coach Bobby Bowden is 88 and still keeps a busy schedule of speaking engagements. On Wednesday he was in Omaha -- his fourth city in a week -- to receive the Tom Osborne Legacy Award for his contributions to college football and leadership in the community.

He spoke at a Rotary Club luncheon and appeared at the Outland Trophy Banquet. In between, Bowden sat down with The Associated Press to discuss the program at Florida State, where he won more than 300 games and two national championships from 1976-2009, in addition to Alabama's latest title and his memories of beating Osborne's Nebraska team for the 1993 title.

AP: What did you think of your successor, Jimbo Fisher, leaving Florida State to take the Texas A&M job?

Bowden: I did not think he would go. I know he wanted a football building, training table, a place to take care of injuries. He saw that he can get everything he wants at Texas A&M -- everything. Money? He didn't have to worry about that. He didn't have (a new building) at Florida State, but they were going to get it for him. It was going to take a while.

AP: How is he going to like the SEC West?

Bowden: Ooh wee. Now he's going to have to play Alabama, Auburn, LSU, Mississippi State. It's going to be a tough road to plow. You know what my feeling is? He is capable. It's not like me looking at him and saying, `Jimbo, you can't do it.' In three or four years he might be right there among them.

AP: Are you pleased with FSU's hiring of Willie Taggart

AP: I understand he called you right when he got the job.

Bowden: He sure did. ... If I can help him in any way, I'll sure do it. He's a kid who is raised in Florida and he watched the `Bobby Bowden Show' every Sunday.

AP: What's your take on Nick Saban and Alabama winning five national titles since 2009 and Saban winning his sixth?

Bowden: He's making himself the best ever. Is he right now? It's not for me to say. But, dadgum, when he finishes his career, there might not be anyone even close. He just tied my favorite coach, Bear Bryant.

AP: How well did you know Bryant?

Bowden: I knew him more than he knew me. I coached at Samford, which is 50 miles from Tuscaloosa. Bear went to Tuscaloosa in 1958. I went to Samford in 1959. He was winning national championships and I was learning. I would go and talk to Gene Stallings. Those coaches really taught me a lot of football. I feel I learned most of my football going to Tuscaloosa.

AP: That's a mouthful, saying Saban is in position to be the best ever.

Bowden: You got a lot of Alabama people who think he's the best ever now. I hate to give up the other guy (Bryant), but every time he wins one, it makes me see it more and more.

AP: You've said you like the College Football Playoff's four-team format and that you don't think it should go to eight. That said, does unbeaten Central Florida have a legitimate gripe about not having the opportunity to be in the playoff?

Bowden: Yeah, I think they do, although the system doesn't allow it. But if I were them I'd be yelling just like them, celebrating an undefeated season and a national championship -- though it won't be recognized by the NCAA.

AP: What do you think of Scott Frost going from UCF to Nebraska?

Bowden: I thought that was a great move. Oooh, I was so impressed with what he did. Golly. Here is Auburn, they beat the No. 1 team in the nation (Georgia and Alabama), then Frost beats them. That ain't supposed to happen, but it happened. I was so glad when he decided to come here.

AP: You're receiving an award named after Tom Osborne. What does that mean to you?

Bowden: I wouldn't have come if it weren't him. I think so highly of him. He and I thought a whole lot alike -- off the field. I've always admired him.

AP: You won national titles in 1993 and 1999. What do you remember about that 18-16 Orange Bowl win over Osborne that gave you your first one? (The game ended with officials putting one second back on the clock, allowing Nebraska to attempt a field goal that it missed.)

Bowden: I'll never forget it. No. 1, the game is over and we finally won a national championship. So all our people start going out on the field. I went to shake hands with Tom. Before I get to him, the official comes up and says, `Coach Bowden, sorry, we have to add another second.' I said where is the ball? He told me. I'm thinking their kicker can't kick it that far. So just a few minutes later, the official comes up and says, `Coach Bowden, I'm sorry, we have to move it up 5 yards.' Now we're in his range. Oh, God, they ain't going to let us win it. And he missed it.

AP: Did you know that loss is credited with being the impetus for Nebraska's run of three national titles over the next four years?

Bowden: I hope it was. Great job. Just a fantastic job. And that hadn't been done until right now. All of the talk is Alabama and what Saban has done. You realize 20-30 years ago Tom Osborne did the same thing, won three out of four. Unheard of.

Saban Negative After Initial Positive
There is a chance the legendary Alabama coach will be on the sidelines on Saturday after all. Here's the latest.
2 days ago

The Biggest Game Of The Year
The second and third ranked teams in the nation meet on Saturday with a lot on the line. Find out the latest from FOX Bet.
3 days ago

SEC heavyweights ready for main event
The Georgia-Alabama clash in Tuscaloosa could decide the SEC title, and it's one of the key games on a stacked Super 6 slate this week.
3 days ago
those were the latest stories
Want to see more?
View All Stories
Fox Sports™ and © 2020 Fox Media LLC and Fox Sports Interactive Media, LLC. All rights reserved. Use of this website (including any and all parts and components) constitutes your acceptance of these Terms of Use and Updated Privacy Policy. Advertising Choices. Do Not Sell my Personal Info