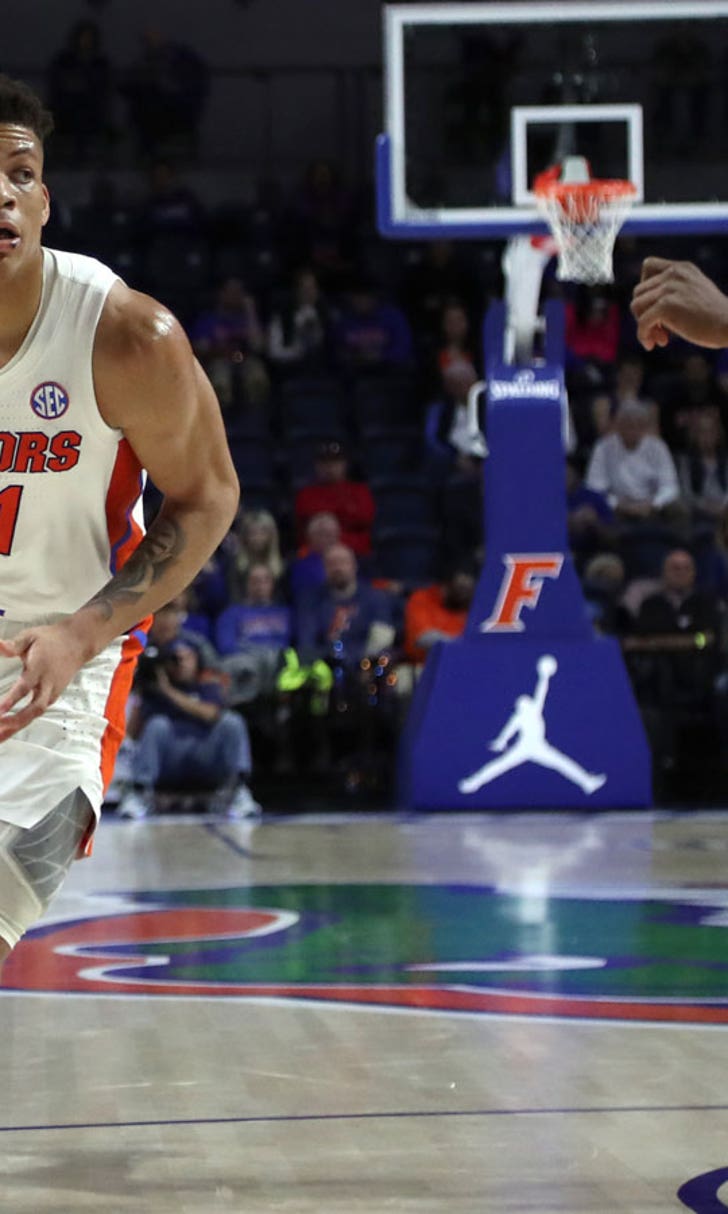 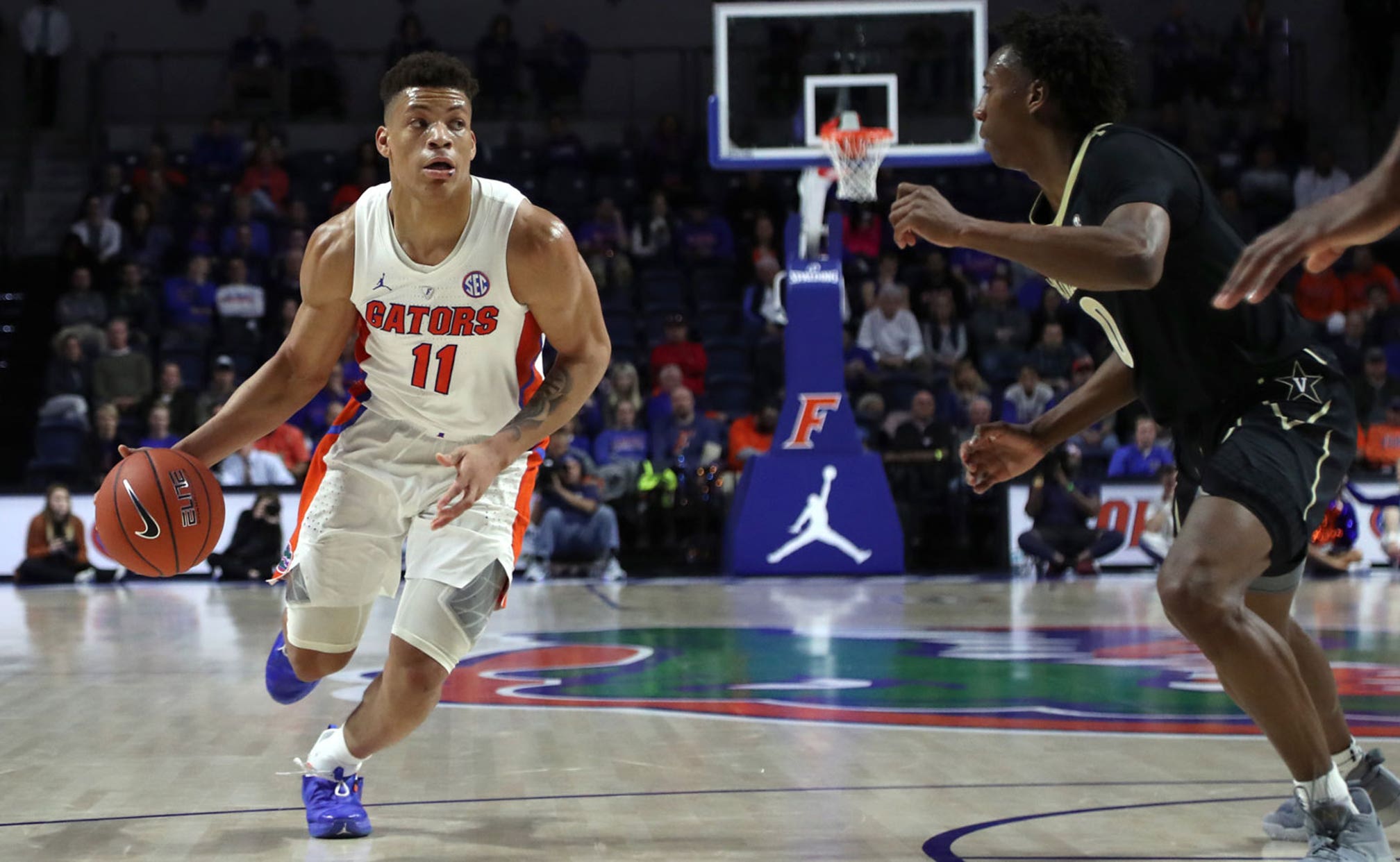 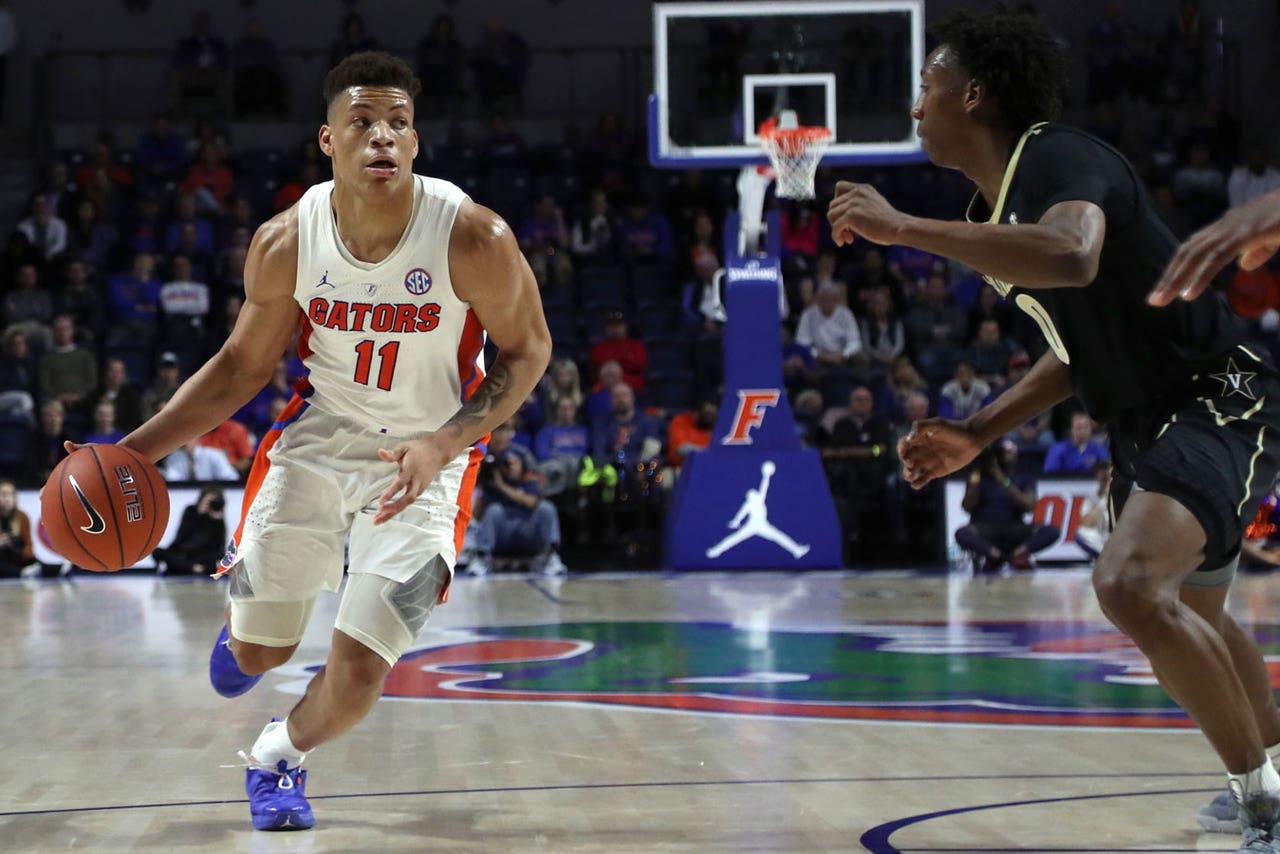 GAINESVILLE, Fla. (AP) — Through an inconsistent season, Florida coach Mike White has been searching for his team to make winning plays down the stretch.

Freshman guard Keyontae Johnson and the rest of the Gators delivered against reeling Vanderbilt.

Johnson had 15 points, nine rebounds and came up with a big steal in the closing minutes, lifting Florida to a 66-57 win over Vanderbilt on Wednesday night.

With Florida holding a 57-52 lead, Johnson intercepted a pass with 2:05 remaining, was immediately fouled and made both free throws to put the Gators up 59-52.

"Those are the type of plays you need to make down the stretch to win close games," White said. "We haven't always done that. Not that we were great offensively, but we made enough of those plays defensively, to finish stops."

"This was really important," Johnson said. "We had great practices with great energy so we're trying to carry it over to the game and keep competing as a team together."

"Everybody had to do their part and it showed tonight," Hudson said.

Aaron Nesmith led Vanderbilt (9-15, 0-11 SEC) with 26 points. But it wasn't enough for the Commodores to avoid their 12th straight loss. Vanderbilt led 33-31 at the break but was unable to carry that momentum into the second half, shooting just 26.9 percent from the field and 7.7 percent (1 of 13) from 3-point range after halftime.

"In the first half, we had a big spurt, and we came out in the second half turning it over," Vanderbilt coach Bryce Drew said. "It seemed like a little gas came out of us."

Florida led by as many as 10 points in the first half, going up 22-12 on a layup by Isaiah Stokes. But Vanderbilt answered with a 10-0 run, tying the score on Matt Ryan's third 3-pointer of the first half.

Vanderbilt went up 30-25 on a four-point play by Nesmith with 1:56 remaining. But a pair of inside baskets from Stokes, including a putback with a second remaining, allowed Florida to pull within two at halftime.

The Gators battled through foul trouble for much of the first half, with starters Kevarrius Hayes and Andrew Nembhard sitting long stretches after each picked up two first-half fouls.

"We weren't as sharp as we normally are," Hudson said. "Coach (White) wanted to get us back to how we normally play, just play sharp. We were playing kind of lackidaisical, especially at the end of the half. His point was just to be sharp and focus on defense."

Florida: The Gators kept their slim NCAA Tournament hopes alive by pulling away in the closing minutes. Florida will likely need to win five of its final seven games to remain on the bubble in a tough stretch that includes two games against No. 19 LSU and one against No. 5 Kentucky.

Vanderbilt: The Commodores remain mired in a season-long funk. Vanderbilt's 12-game skid is its longest losing streak since losing 14 in a row over the 1934-35 and 1935-36 seasons.

Florida will hit the road to face Alabama on Saturday. The Gators split in two games against Alabama last season and won the last meeting between the schools in Tuscaloosa 73-52 behind 27 points from Hudson.