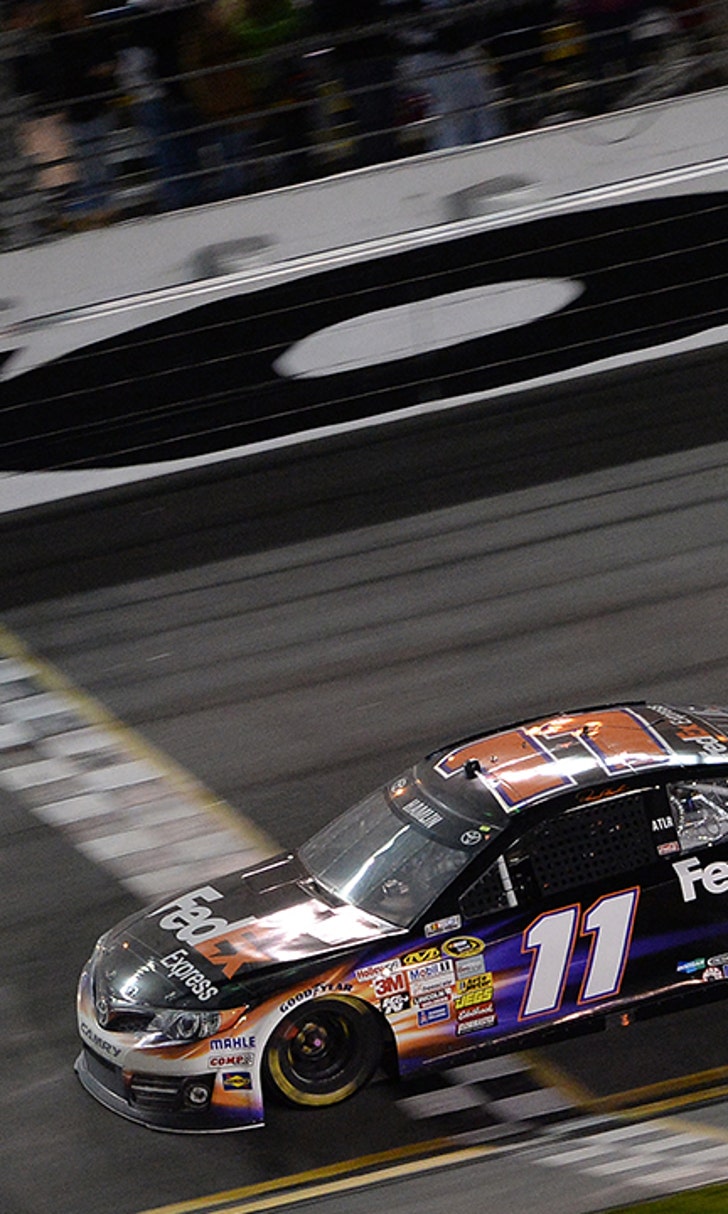 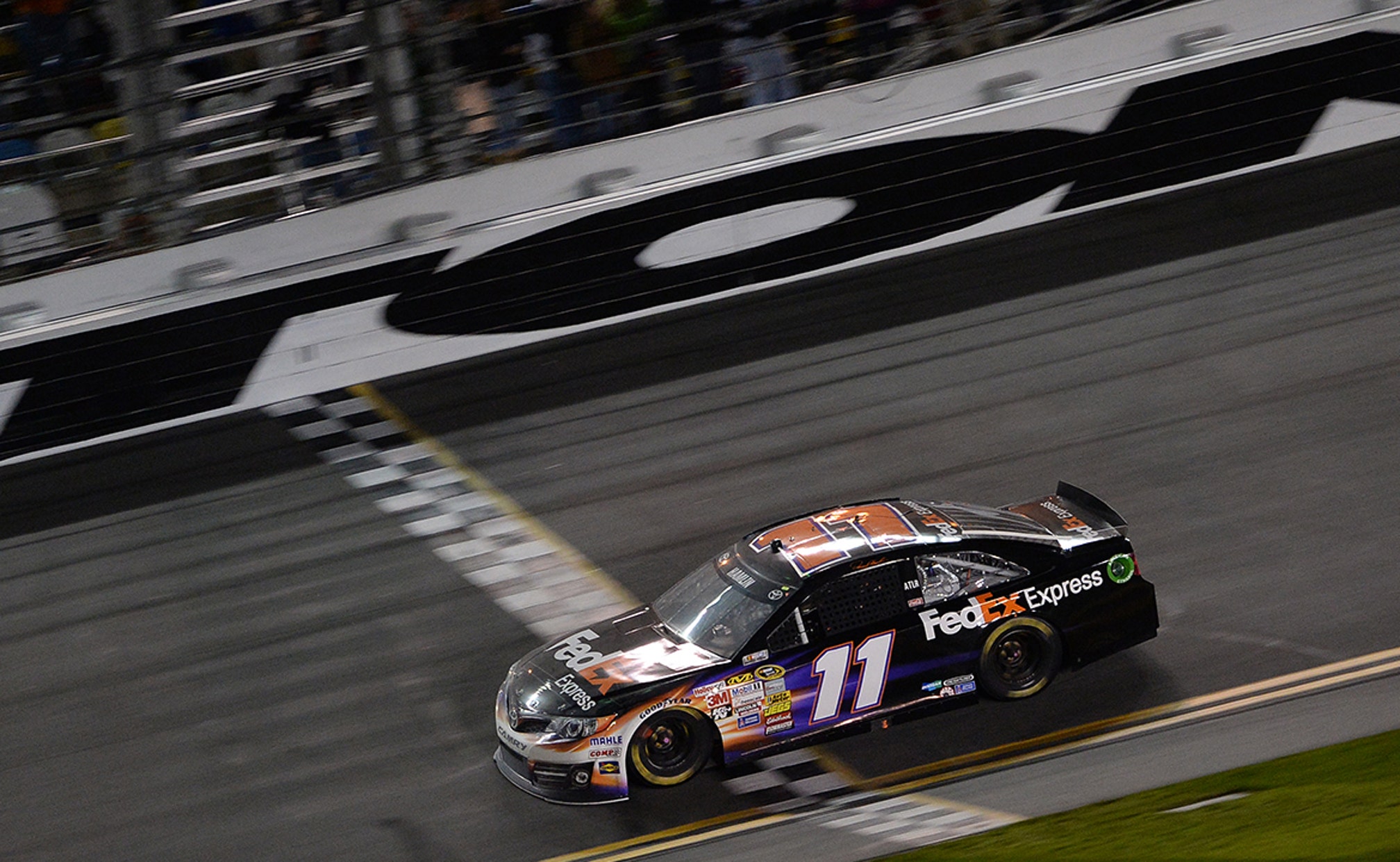 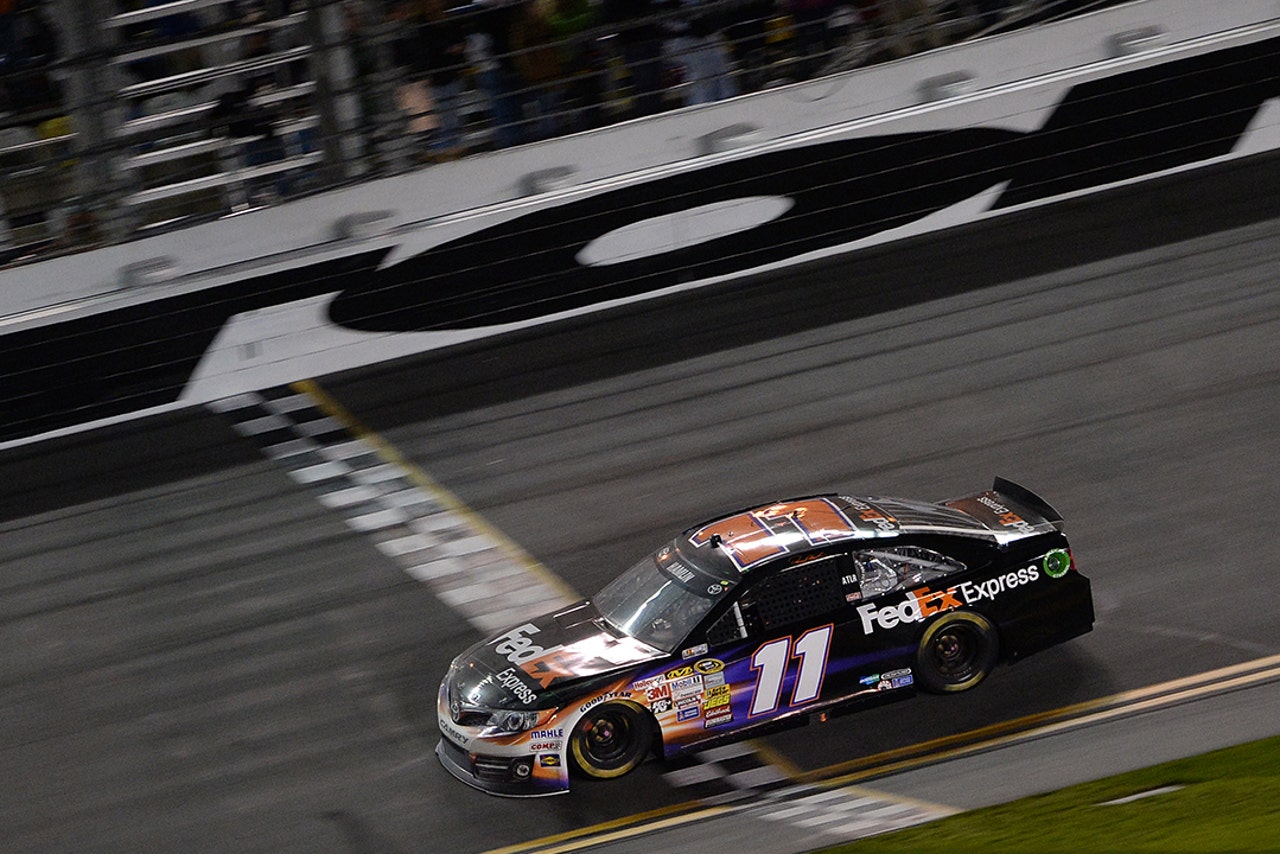 Happy Fourth of July weekend, NASCAR fans! Much like fireworks, cookouts and parades, racing at Daytona International Speedway is an American tradition.

So, before you set out for your weekend plans, make sure you have your FOX Fantasy Auto Racing rosters set for Saturday night's 400-mile race around the 2.5-mile superspeedway.

Typically, when the lights come on and the cars hit the track at the "World Center of Racing" for the July event, the action picks up and the sparks tend to fly. Despite a strong car in the draft and a perfect strategy, things can go very wrong, very quickly for even the best of drivers.

Remember, these are simply suggestions, so pick your team wisely and best of luck. If you haven't done so yet, be sure to sign up for FOX Fantasy Auto Racing, create your team and start playing today!

To kick off the season, Hamlin won the Sprint Unlimited exhibition race for the second time. The Joe Gibbs Racing driver continued his Daytona success by winning the second Budweiser Duel, before finishing second in the Daytona 500.

When the series hit the second restrictor-plate race of the year at Talladega Superspeedway, Hamlin was celebrating in Victory Lane.

As the Sprint Cup Series heads back to Daytona for Saturday night's Coke Zero 400, Hamlin should once again be the driver to beat.

Looking to rebound after three rough weeks with finishes of 26th or worse, the driver of the No. 11 Toyota has a great shot at scoring his second win of the season and locking himself into the Chase Saturday night.

When it comes to Daytona International Speedway, there are few active drivers better than Tony Stewart. A four-time Daytona July winner, Stewart has won pretty much everything but the season-opening Daytona 500.

Smoke tends to turn things on when the Sprint Cup season hits the summer stretch, and that usually leads to good things for the annual Fourth of July weekend race at Daytona.

In the last two July races, Stewart has finished first and second. Expect that trend to continue Saturday night as the three-time former series champion looks to secure a spot in the Chase with his first win of the season.

A two-time Daytona winner, Kevin Harvick's strong season should continue Saturday night under the lights. The 2010 winner has one win, two top-fives and three top-10s in the last four July races at the 2.5-mile superspeedway.

Among the best restrictor-plate racers in the series today, Harvick is always a threat at Daytona and Talladega. Looking for his third win of the season, the driver of the No. 4 Chevrolet for Stewart-Haas Racing has a great shot at doing just that Saturday night if they can avoid trouble on the track and on pit road.

When Jamie McMurray won the 2007 July Daytona race, some saw it as a fluke victory by a driver not among the best on the restrictor plate tracks.

However, since that narrow victory over Kyle Busch, McMurray has proven to be among the most underrated restrictor-plate racers in the Sprint Cup Series.

The driver of the No. 1 Chip Ganassi Racing Chevrolet won the 2010 Daytona 500 and has a total of four wins, nine top-fives and 12 top-10 finishes in 47 restrictor-plate races at Daytona and Talladega.

Although McMurray won the Sprint All-Star Race earlier this season, he's still looking to lock himself into the Chase by scoring a points-paying victory. That could easily come Saturday night at Daytona.

The 2014 Daytona 500 winner, Dale Earnhardt Jr. could become only the sixth driver in NASCAR history to sweep both the February and July races at Daytona International Speedway.

The perennial fan favorite won his only July Daytona race in 2001 in dramatic and emotional fashion. Yet, the driver of the No. 88 Hendrick Motorsports Chevrolet has finished outside the top five in the last three July Daytona events.

Earnhardt Jr. led a total of 54 laps in the season-opening Daytona 500, and is looking to make up for a disappointing outing at the season's other restrictor-plate race at Talladega.

Whenever the series hits the high-banks of Daytona, Earnhardt Jr. is typically a threat. That should continue in Saturday night's race as well.

As always, these are simply suggestions, so do your research, pick wisely and best of luck. If you put more faith in the Las Vegas odds, check out this week's 'Let it Ride' segment from NASCAR Race Hub.