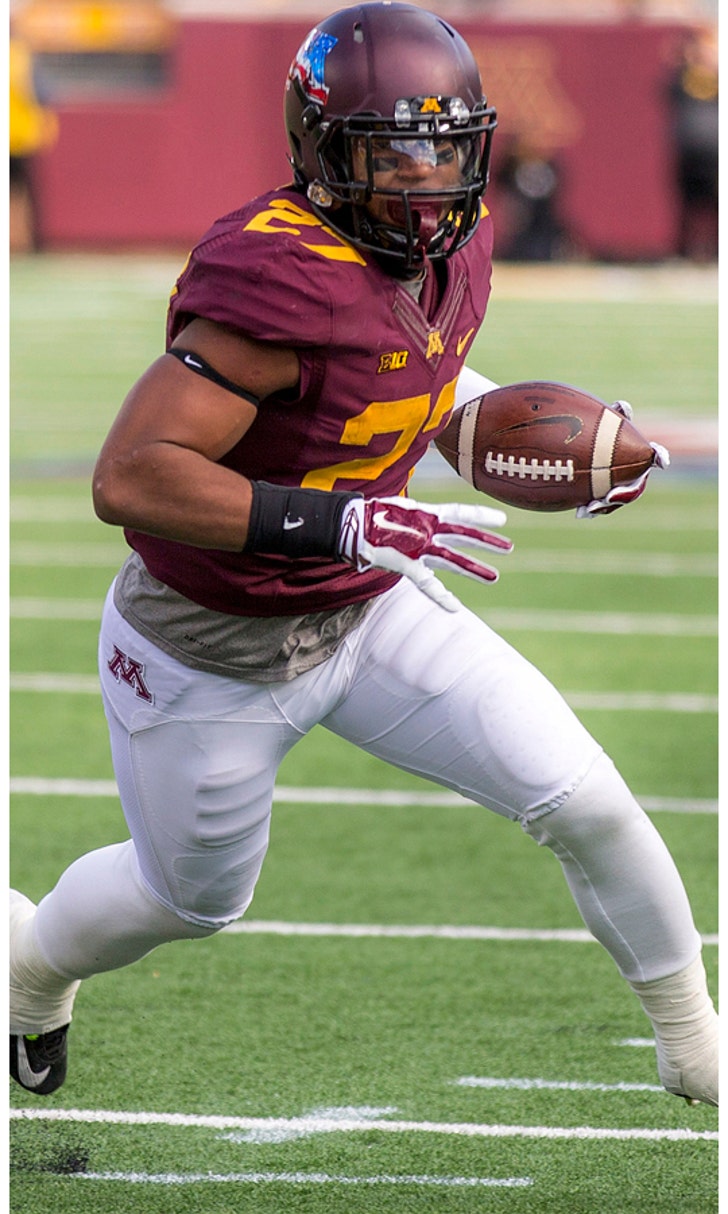 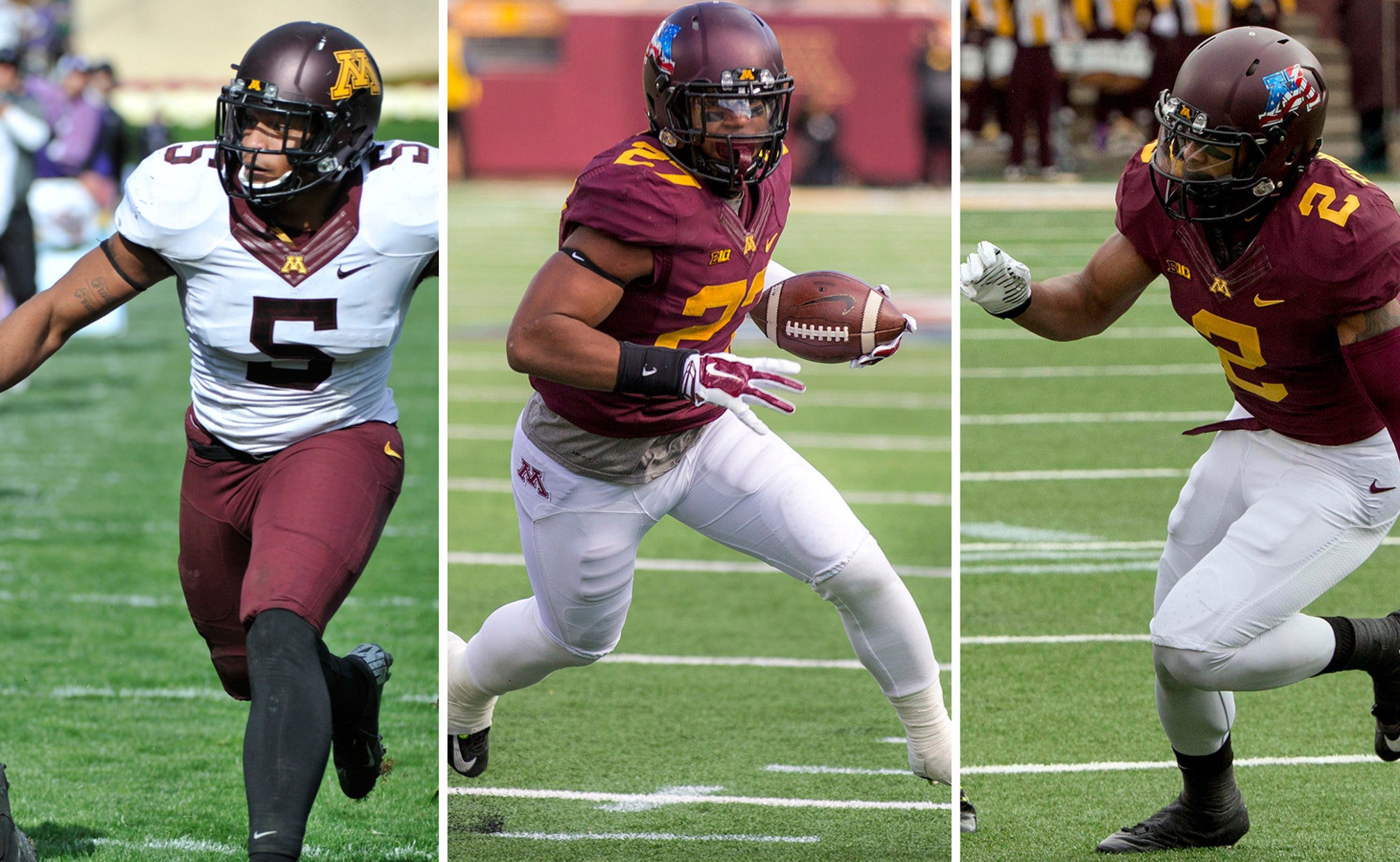 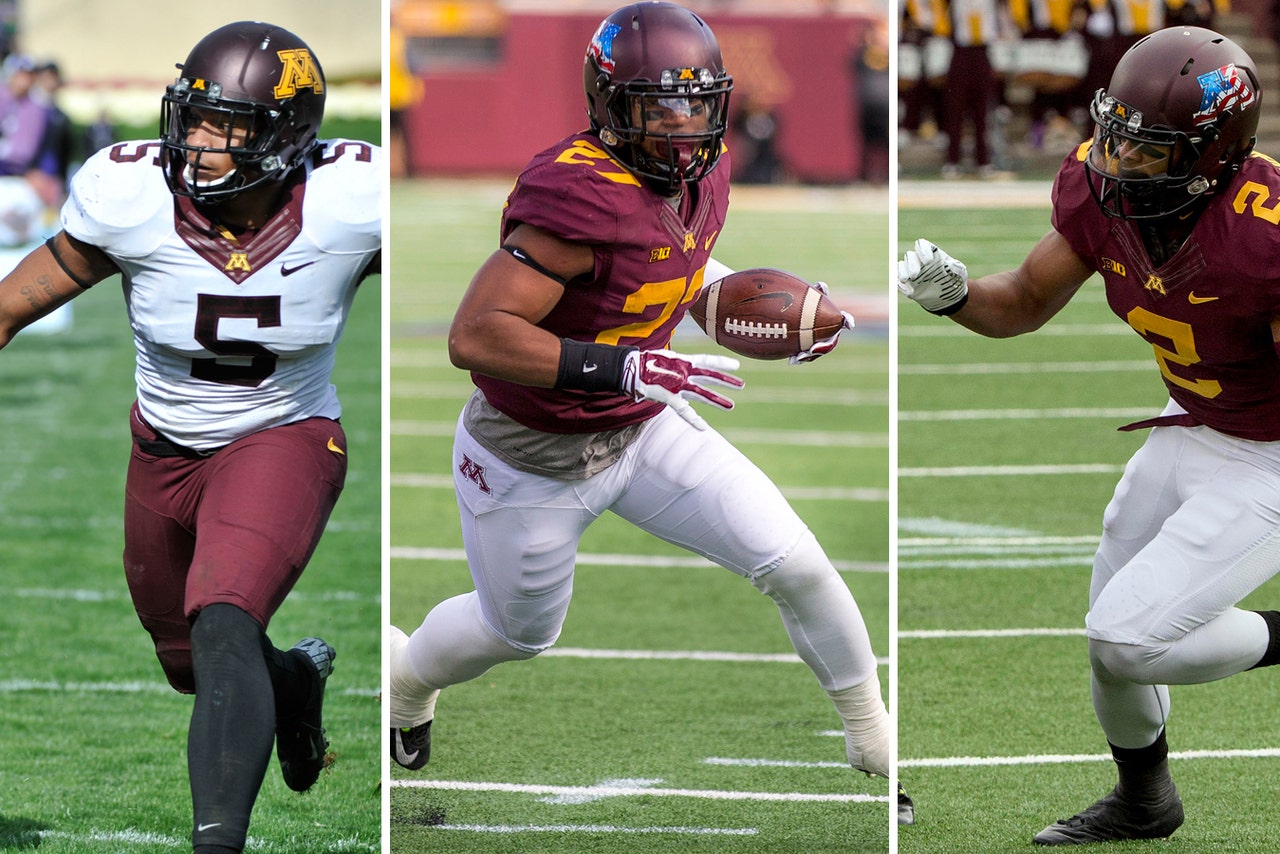 The third and final day of the 2015 NFL Draft was a good one for the Minnesota Golden Gophers.

Three Gophers players were taken on Saturday, headlined by linebacker Damien Wilson in the fourth round. Wilson, who led Minnesota with 119 tackles in 2014, was taken by the Dallas Cowboys with the 127th overall pick.

Wilson played two seasons for the Gophers after transferring from Jones County Community College. He earned All-Big Ten First-Team honors as a senior.

"Damien is an athletic player who runs extremely well side-to-side," Gophers coach Jerry Kill said in a statement. "He makes plays. I feel like his biggest attribute is chasing the football and the speed that he possesses."

Eleven selections later, Wilson's cousin, Gophers running back David Cobb, went to the Tennessee Titans two picks into the fifth round, at 138th overall. Cobb set a Minnesota single-season rushing record as a senior last year when he racked up 1,626 rushing yards as well as 13 touchdowns, which was tied for the third-most in a season in Gophers history.

Cobb began his junior season third on the depth chart but eventually emerged as Minnesota's starting running back. He had 1,202 rushing yards as a junior and built off of that during his impressive senior season.

"David is a guy who everybody wants to evaluate by speed, but I evaluate him by production," Kill said. "He is a big back who has great vision. He can break tackles and is a physical blocker. He is a well-rounded back and is going to be a steal for Tennessee."

The final Gophers player taken Saturday was safety Cedric Thompson, who went 150th overall to the Miami Dolphins in the fifth round. Thompson started 32 career games at safety for Minnesota and finished second on the team with 83 tackles, along with two interceptions and two forced fumbles. He becomes the second Gophers safety drafted in as many years after Brock Vereen was taken by the Chicago Bears in the 2014 draft.

Thompson overcame a tough childhood in California to thrive as a Division I safety and was an Academic All-Big Ten selection in his sophomore and senior years. Thompson turned some heads at Minnesota's pro day earlier this year with many NFL scouts in attendance.

"You won't find anybody who wants to succeed more than Cedric," Kill said. "He has great speed, is very athletic and can play a physical game. He can also be a great special teams player, and I think that is important. I think he will be a great fit for the Dolphins."

Former Gophers tight end Maxx Williams was the first Minnesota player taken this year. He went in Friday's second round, landing with the Baltimore Ravens with the 55th overall pick.

The four Gophers players drafted are the most Minnesota has had since 2006, when Laurence Maroney, Anthony Montgomery, Greg Eslinger and Mark Setterstrom were drafted.