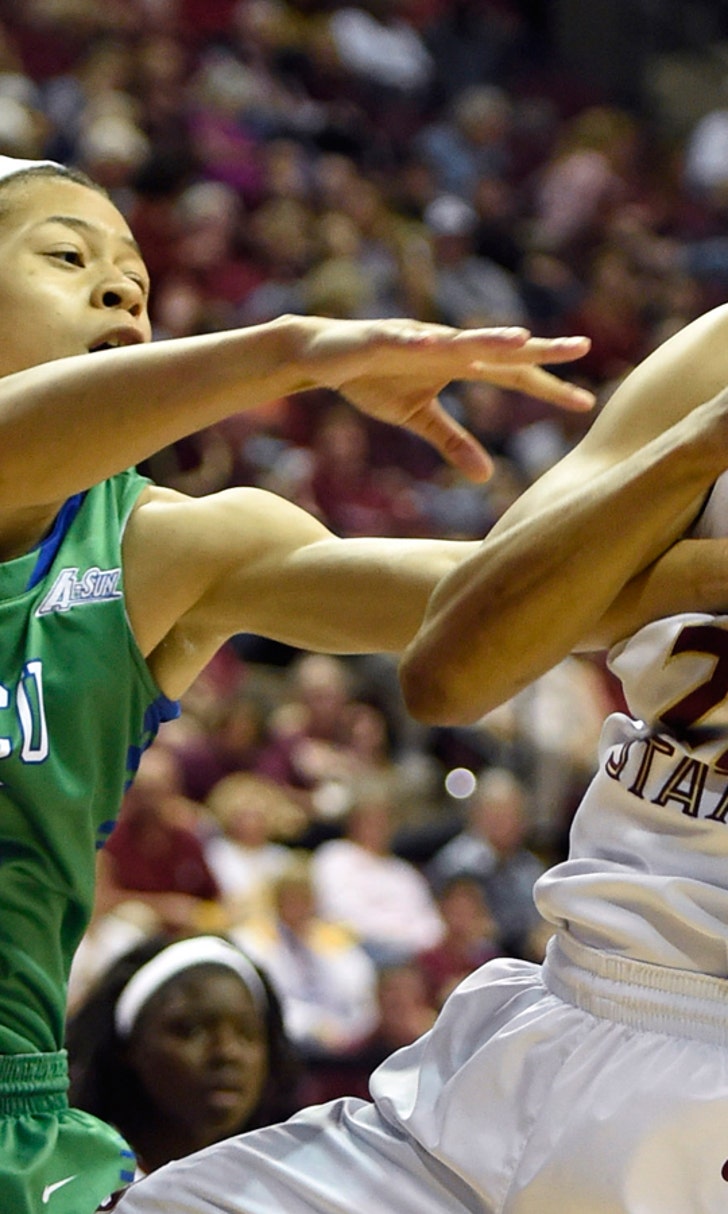 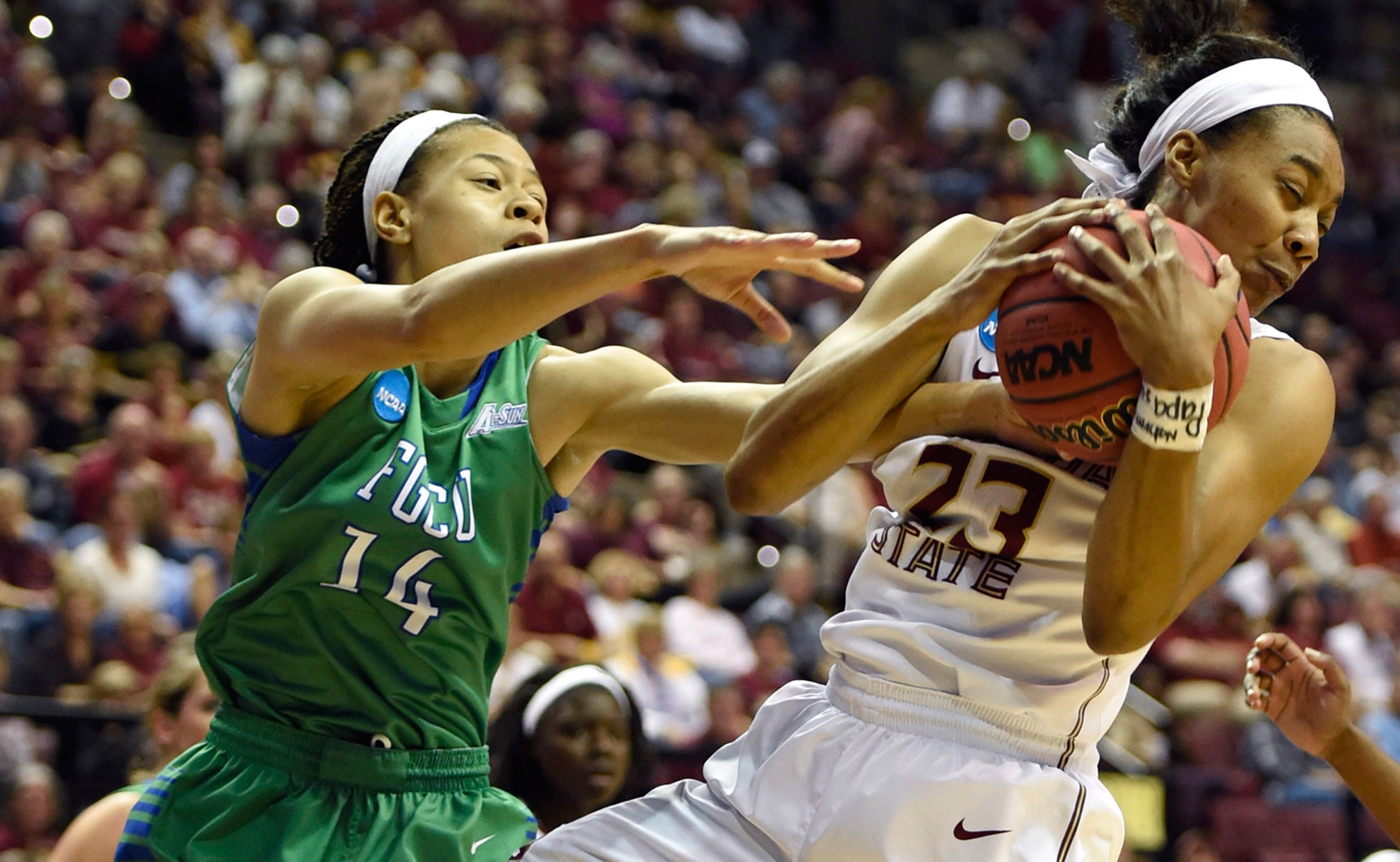 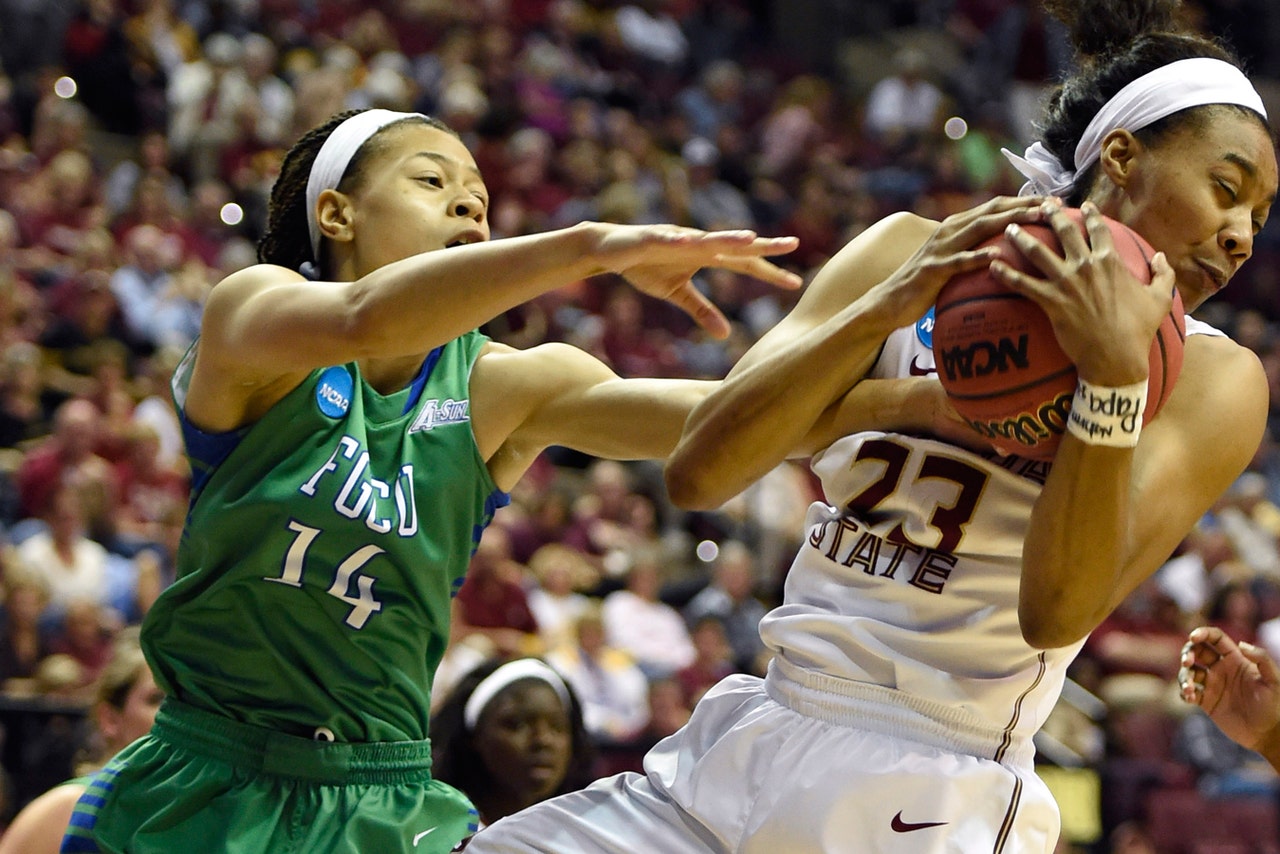 TALLAHASSEE, Fla. (AP) -- Florida State was too big, too fast and too deep for Florida Gulf Coast.

"They blitzed us pretty good at the beginning," FGCU coach Karl Smesko said. "There are times when I see Florida State where they are the second-best team in the country. There were parts of today's game where they were playing at about that level."

The usually high-scoring Eagles were held to their fewest points of the season and outrebounded 46-23, suffering their first loss in 27 games.

"Our speed was the difference with our length," Florida State coach Sue Semrau said. "I've got so many talented players. Sometimes there are players who are better in certain situations. They've accepted that role."

"It feels good to be moving on," Semrau said. "Now we really got to get our mind set on what's ahead."

Freshman Taylor Gradinjan was FGCU's only player in double figures with 12 points.

FGCU shot just 30.9 percent overall and 25 percent on 3-pointers. The 47 points were a season low.

"When we got those types of shots, it wasn't our day to make it," he said.

Whitney Knight, FGCU's leading scorer and Atlantic Sun Player of the Year, struggled from the field, making just three of 12 shots. She finished with nine points.

"They pressured defensively," Knight said. "It got to us in the beginning."

The Seminoles opened the game with a 17-2 run, hitting their first three 3-point attempts that included a pair by Brittany Brown. They began the second half in similar fashion, a 15-3 run capped by a Brown jumper that gave Florida State a 51-31 lead with 11:49 left.

Florida Gulf Coast (31-3) pulled within 26-20 midway through the first half, but never got closer.

Adut Bulgak's 13 rebounds helped the Seminoles to their big advantage on the boards.

The Seminoles shot 46.3 percent led by Thomas' 6-of-8 shooting. The freshman also led Florida State in scoring with 17 points in Saturday's first-round 91-49 win over Alabama State.

Both FCGU and Florida State appear to be loaded again for next season.

Florida State advances to the Sweet 16 at Greensboro, N.C. to face the Arizona State-Arkansas-Little Rock winner.