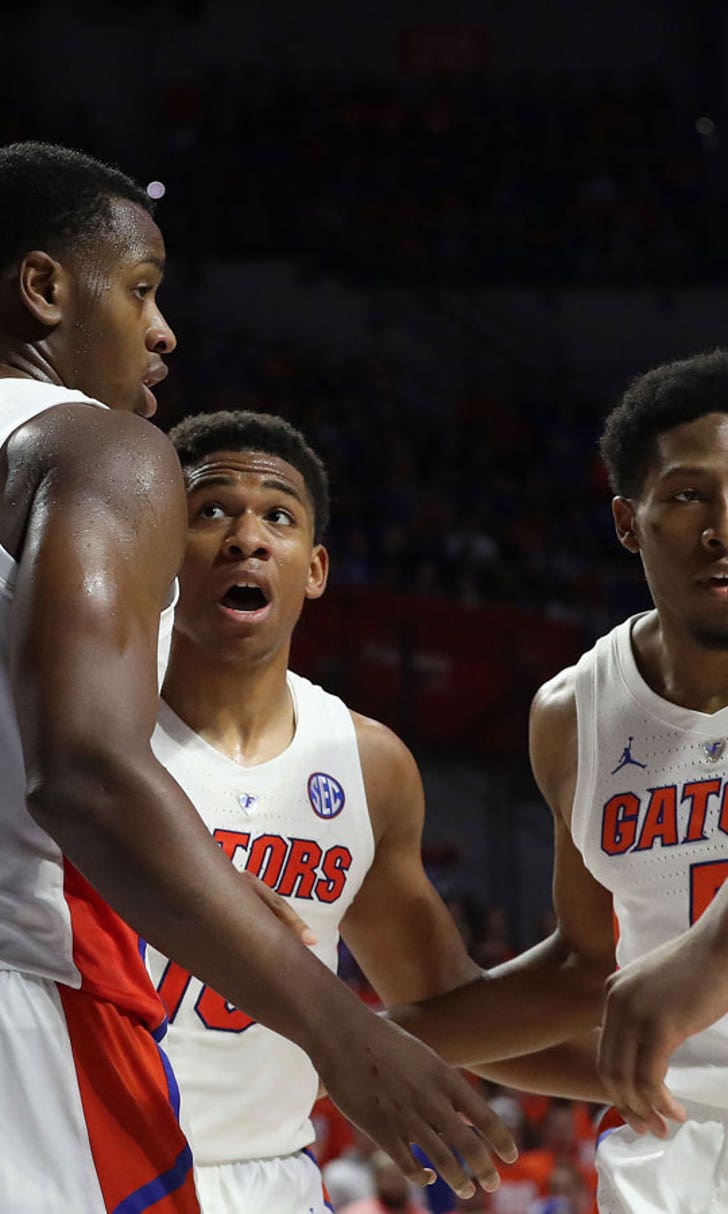 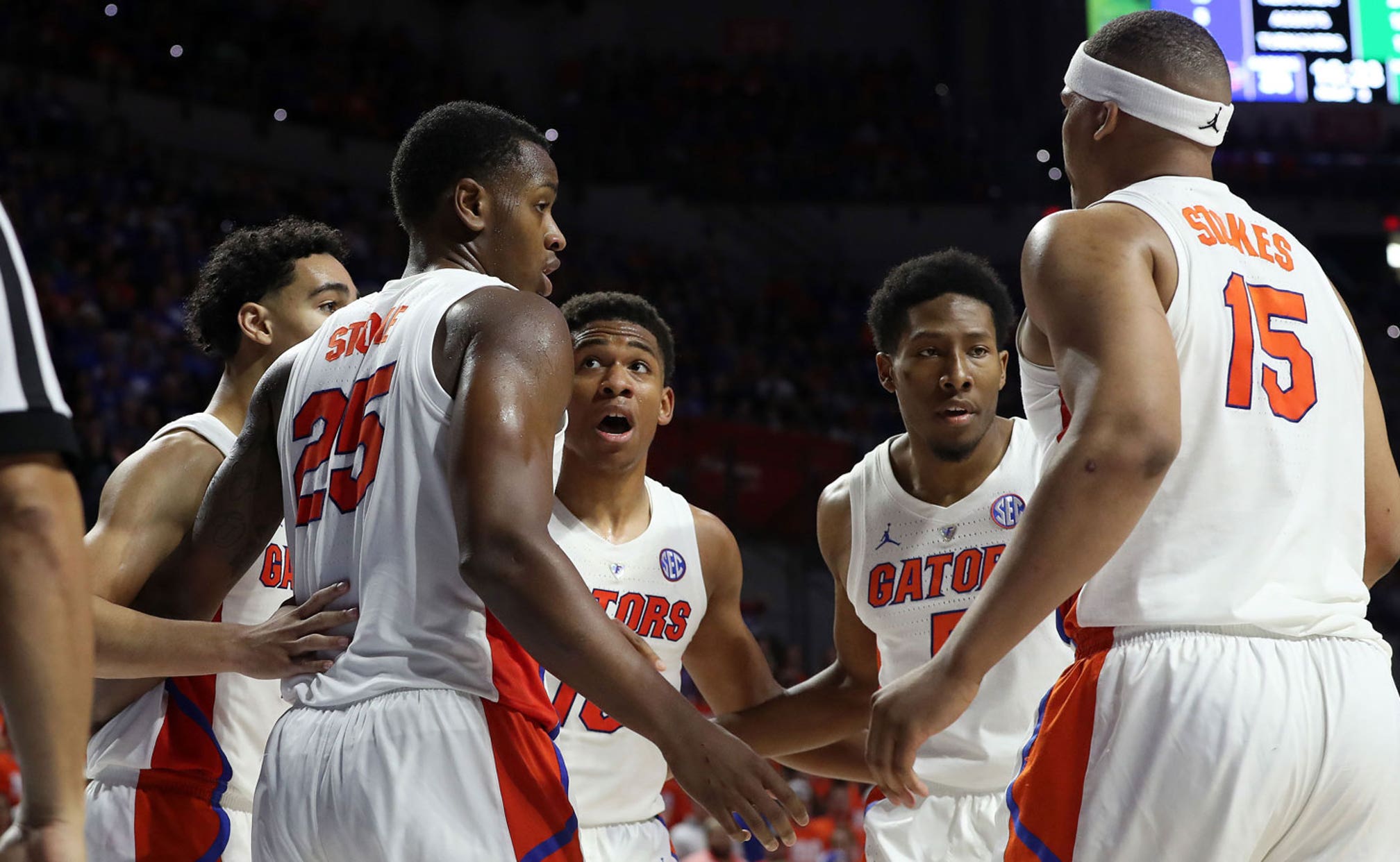 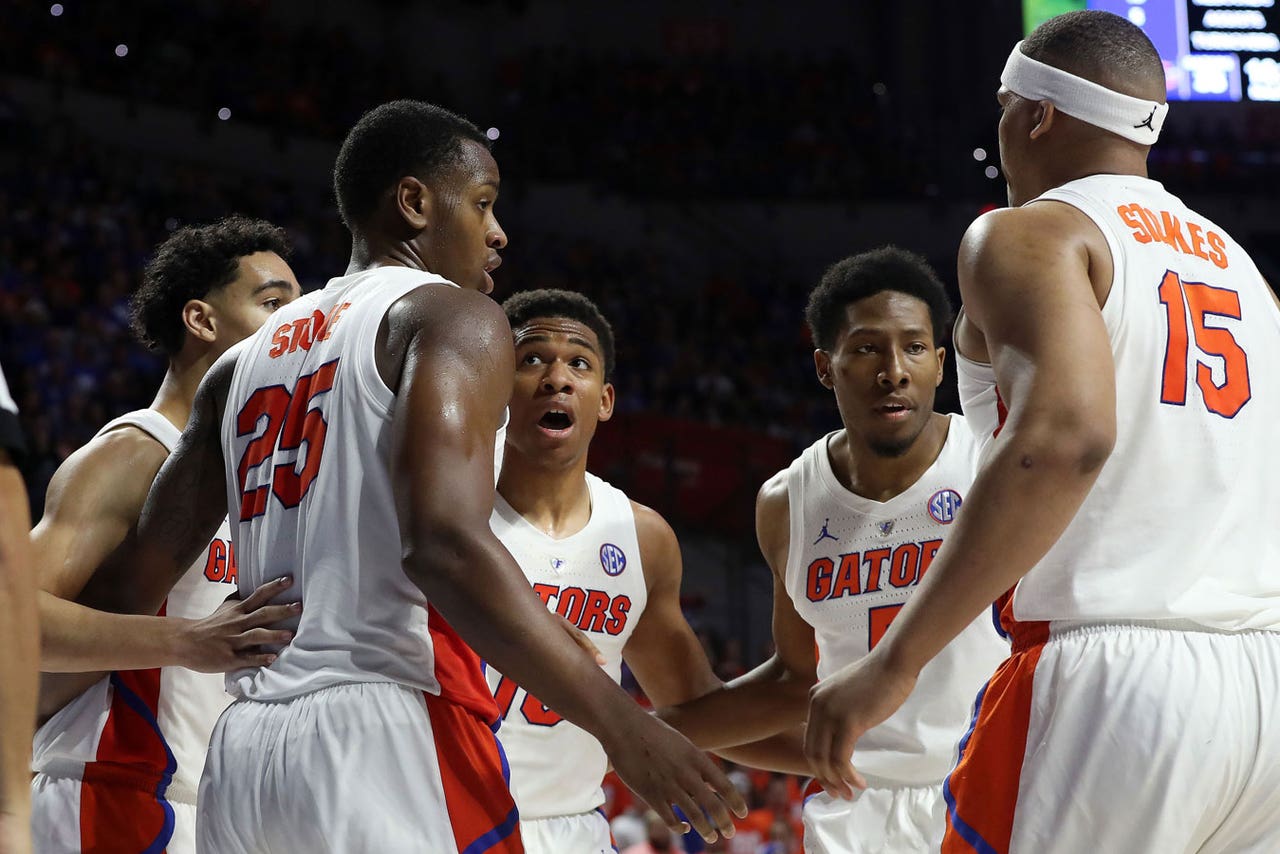 GAINESVILLE, Fla. (AP) — Not even Florida coach Mike White, who tends to be negative and nit-picky after victories, had anything bad to say about this one.

The Gators scored the first 21 points, delivering one of the most complete stretches of basketball in White's four seasons, and handled Butler 77-43 Saturday.

"We played as well as this team's played — by far," White said. "Hopefully we play that well again this year. That's the standard these guys set today."

The Gators (8-4) overwhelmed the Bulldogs (9-4) from the opening tip and provided Florida fans with a second lopsided performance in the span of a few hours; the football team drubbed Michigan 41-15 in the Peach Bowl earlier in the day.

The basketball teams played just five weeks ago, with Butler winning 61-54 in the Battle 4 Atlantis in the Bahamas. The rematch turned out to be a mismatch.

Florida made nine of its first 12 shots, including 2 of 3 from 3-point range, and jumped ahead 21-0 on Jalen Hudson's banked-in 3-pointer with 11:59 to play in the half. The Gators were equally efficient on the defensive end, notching four blocks and four steals.

Butler didn't help its cause by missing its first 11 shots and turning it over five times in the opening nine minutes.

"Butler's better than that," White said. "I'm not sure we're this good. With that being said, the aim is to be this good. I'm a little bit surprised."

Jordan Tucker finally ended the opening drought with a straightaway 3-pointer with 11:02 to play in the half. The Gators answered on the other end with Andrew Nembhard's trey, another sign everything would go Florida's way at home.

Keith Stone, who scored seven points in the 21-0 spurt, finished with 12 to go along with six rebounds and two assists. It was Florida's longest run since a 21-0 spurt against Virginia in the 2017 NCAA Tournament.

"We still have a long season to go," Stone said. "We will have another performance like this. I know we will or something similar to it."

Stone was one of five Florida players to score in double figures. Noah Locke also had 12 points for the Gators. KeVaughn Allen and Hudson added 11 apiece, and Keyontae Johnson chipped in 10 points, eight rebounds and two blocks.

"This isn't a finality," Bulldogs coach LaVall Jordan said. "As they say, failure is not final. It's a step in the growth process, and they taught a great lesson tonight in toughness."

The Gators, who have a three-game winning streak for the first time this season, pushed the lead to 37 on Dontay Bassett's 3-pointer with 10:30 to play.

Butler: The Bulldogs trailed 43-18 at the break, by far their largest halftime deficit of the season. The unexpected start was far from the norm for one of the Big East's top defensive teams and a perennial NCAA Tournament invitee. Jordan called timeout and made several substitutions in hopes of slowing down Florida, but nothing worked.

Florida: The Gators spread the ball around better than usual, with 11 of 13 players scoring. It's the kind of ball movement and unselfish approach White would like to see more often.

Florida gets a week off before opening its Southeastern Conference slate at home against South Carolina next Saturday.