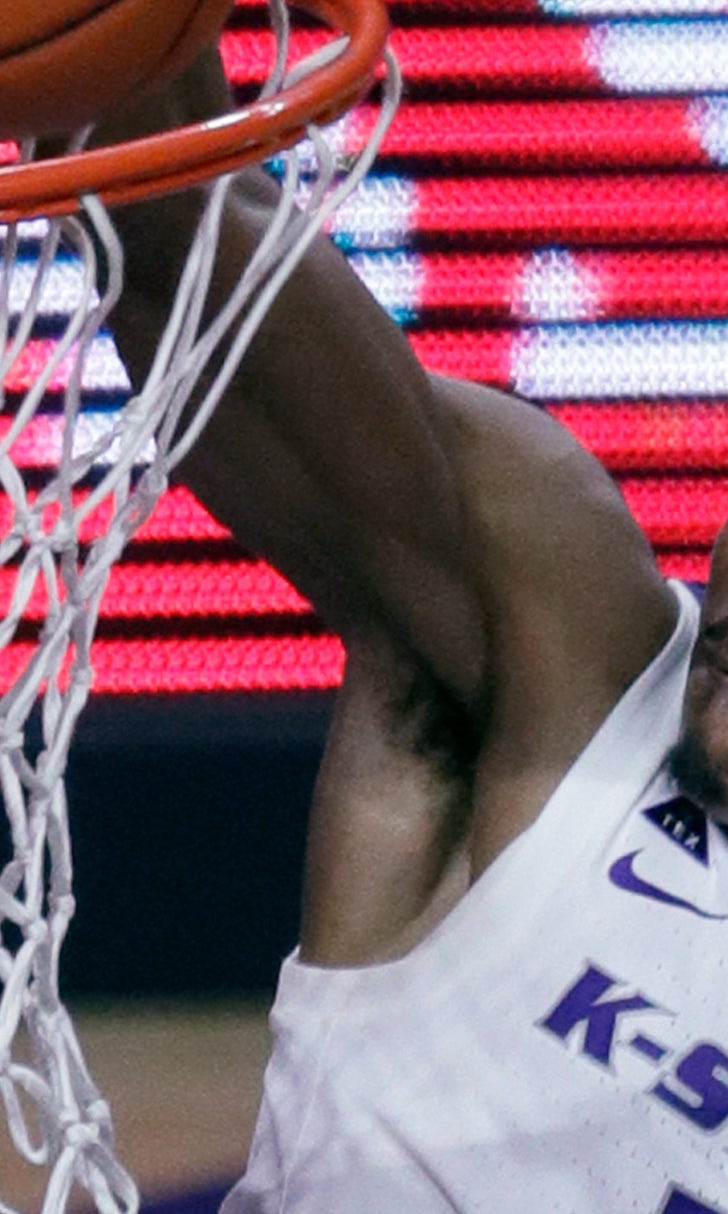 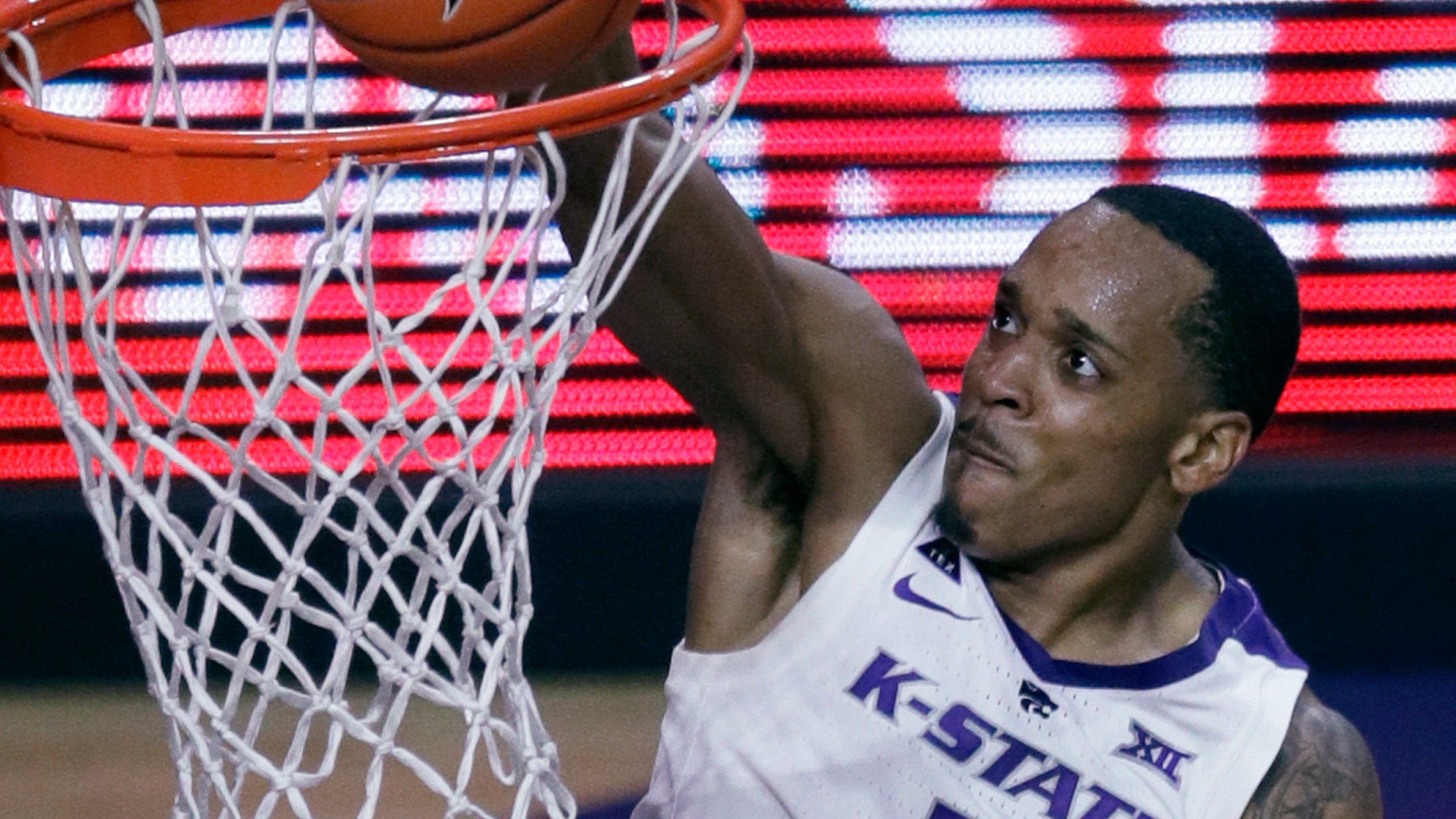 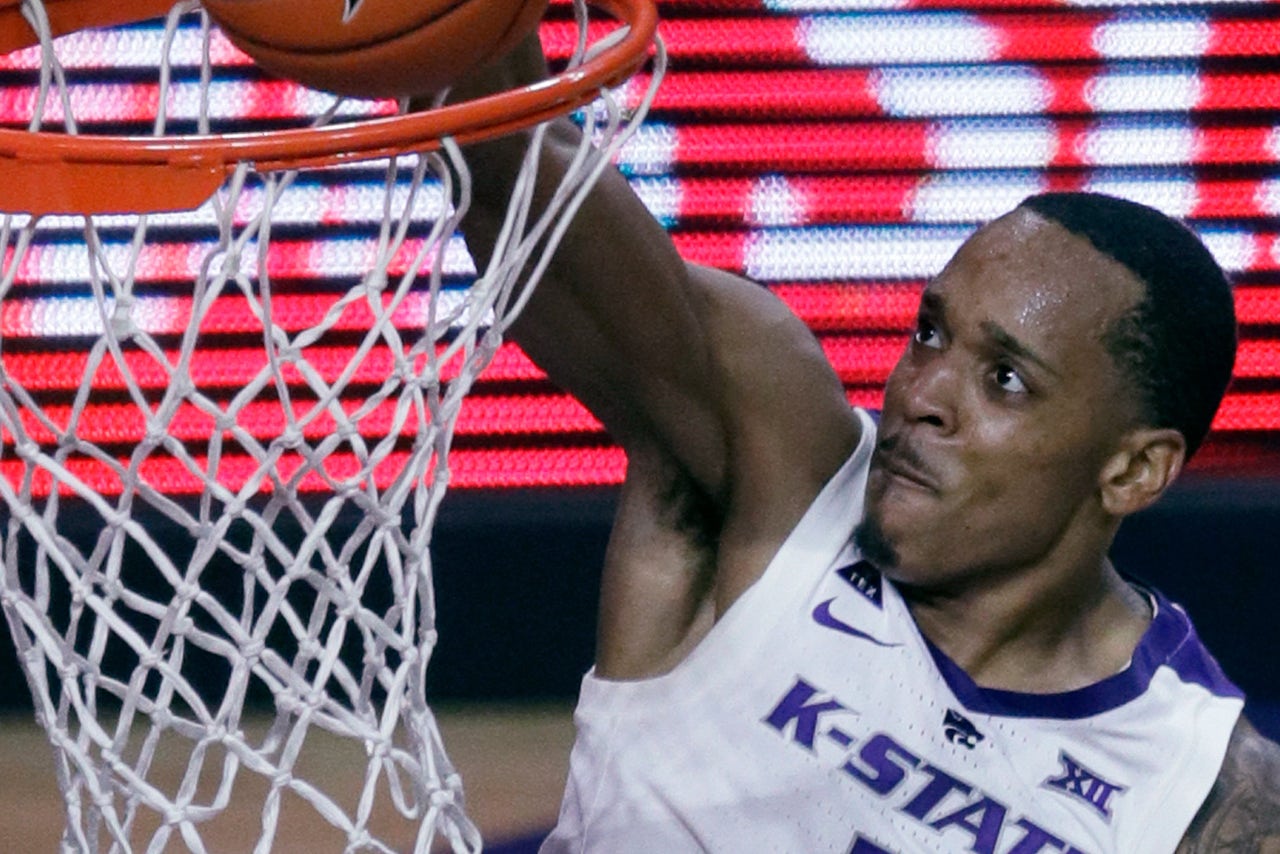 MANHATTAN, Kan. — Cartier Diarra had just put a tidy exclamation mark on Kansas State's victory over No. 13 Kansas when he was asked about his decision to throw down a windmill dunk in the closing minutes.

"My teammates have been telling me, you have a 45-inch vertical. Use it," Diarra said, a grin breaking out. "I really thought about under the legs but I wasn't sure I'd fully ..."

"Oh, God," Bruce Weber mumbled next to him.

Yet the Wildcats coach couldn't help but smile, too. Because with that win over the rival Jayhawks on Tuesday night, his team consolidated its spot atop the Big 12 standings — a position that only became more entrenched when Baylor lost to Texas the following night.

Now, a team that a couple of months ago had just lost to Tulsa, had its best player in a walking boot and couldn't seem to get on track offensively has rattled off seven straight league wins for the first time since 2010. The Wildcats (17-5, 7-2) are still just a half-game up on Iowa State, but they have already won in Ames for what is arguably the best conference win this season.

So perhaps they should be forgiven for that celebratory windmill dunk, or even an under-the-legs attempt by their sprightly sophomore guard, when they capped off their win over Kansas.

There's a lot to feel good about in Manhattan these days.

"Honestly, it's cool," Diarra said, "but it's a lot of basketball to play. We just got through the first half. Now we're taking it 0-0. We got Baylor (on Saturday), they're up there with us. To really secure first place, we have to take care of these next games."

Yet the road to ending the Jayhawks' streak of 14 consecutive Big 12 championships isn't quite as daunting as one might think. Yes, the Bears have been hot of late, but a trip to Waco backed by a game at Texas give the Wildcats a pair of winnable road opportunities.

They return home against Iowa State before cellar-dwellers West Virginia and Oklahoma State.

In other words, the Wildcats are approaching a stretch of five consecutive games in which they are likely to be favored, all leading up to their return trip to Allen Fieldhouse.

"The more space, the better in the Big 12 because you never know what's going to happen," said senior forward Dean Wade, who's been crucial to the turnaround after getting out of that walking boot.

Of their seven straight Big 12 wins, six have come with Wade on the floor.

One of the nation's stingiest defenses has continued to shut down opponents, but Wade's inside-outside ability — the same ability that made him the preseason player of the year — has jump-started what had been a horrific offense. He went 9 for 9 from the floor and poured in 24 points in a win over Oklahoma State, and his 3-point shooting spurred the victory over the Jayhawks.

Leading scorer Barry Brown Jr. has found open paths to the basket, where his ability to put the ball on the floor is most useful. Leading distributor Kamau Stokes finally has someone to pass to and Xavier Sneed has found more open looks on the perimeter.

The result is a team that looks like a Big 12 title contender.

The Wildcats last won the Big 12 in 2013, sharing it with the Jayhawks that season. But the last time they won a regular-season conference title outright was the 1976-77 season, when Jack Hartman was still roaming the sideline and half the league was composed of different members.

Which also speaks volumes about Weber, whose seat was considered to be heating up just a couple of years ago. But after a stunning run to the Elite Eight last year, Weber returned his entire lineup this season, causing many prognosticators to peg the Wildcats as the biggest threats to Kansas.

"It's not going to get any easier," Weber said, "but do we have the maturity? Be happy, be giddy, watch the highlights (Tuesday night), but get your butt to class, get rest and treatment, and then get ready for Baylor on Saturday."