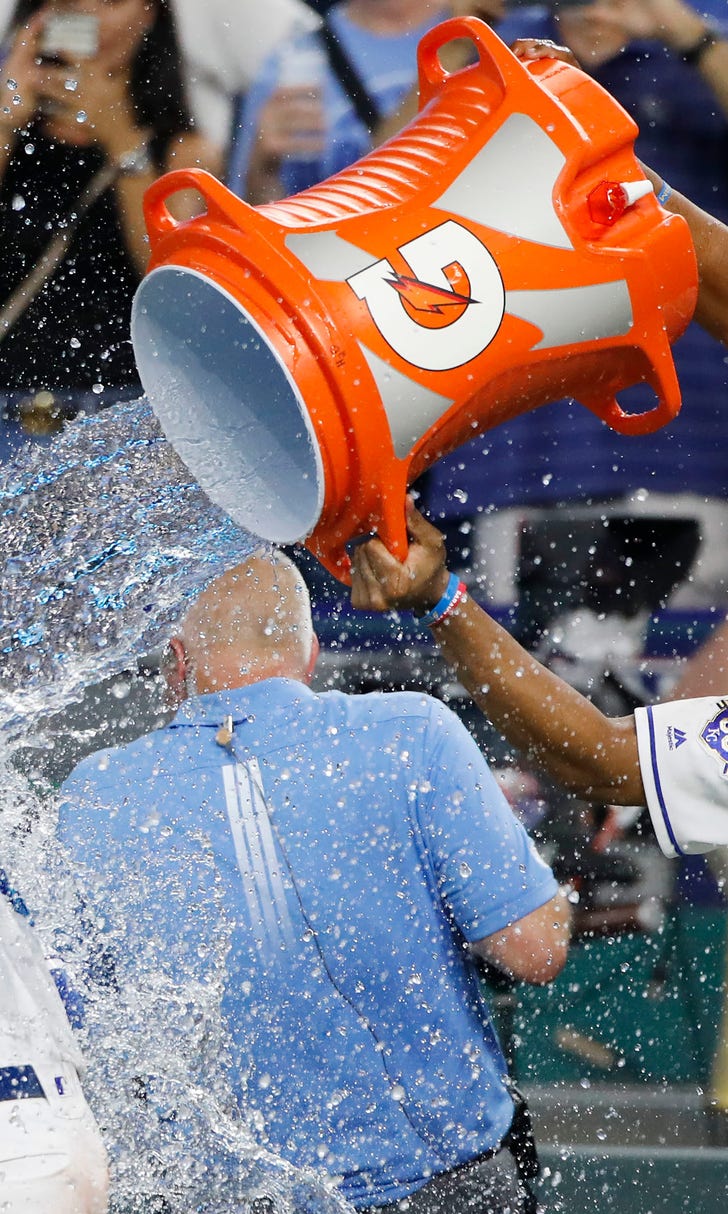 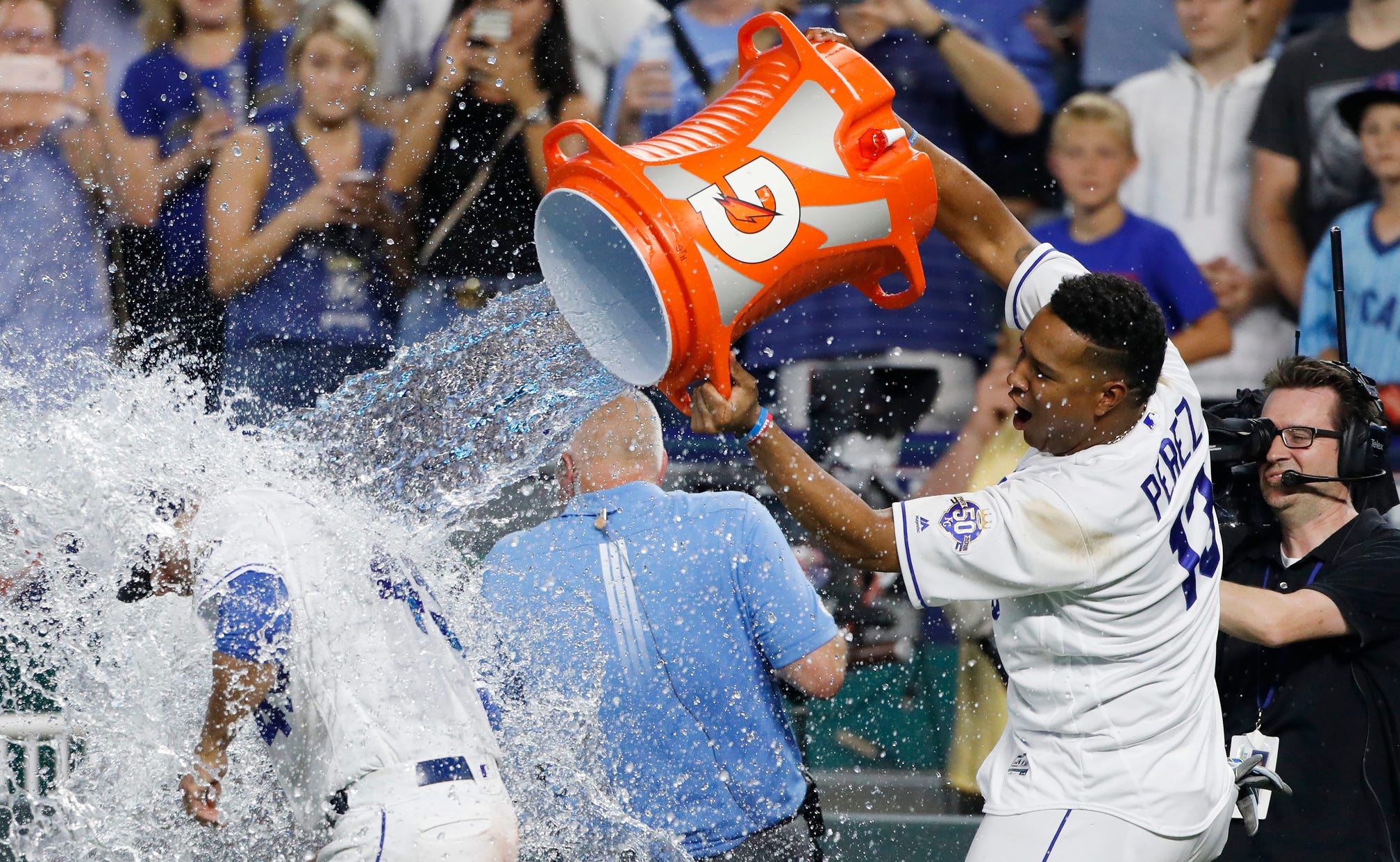 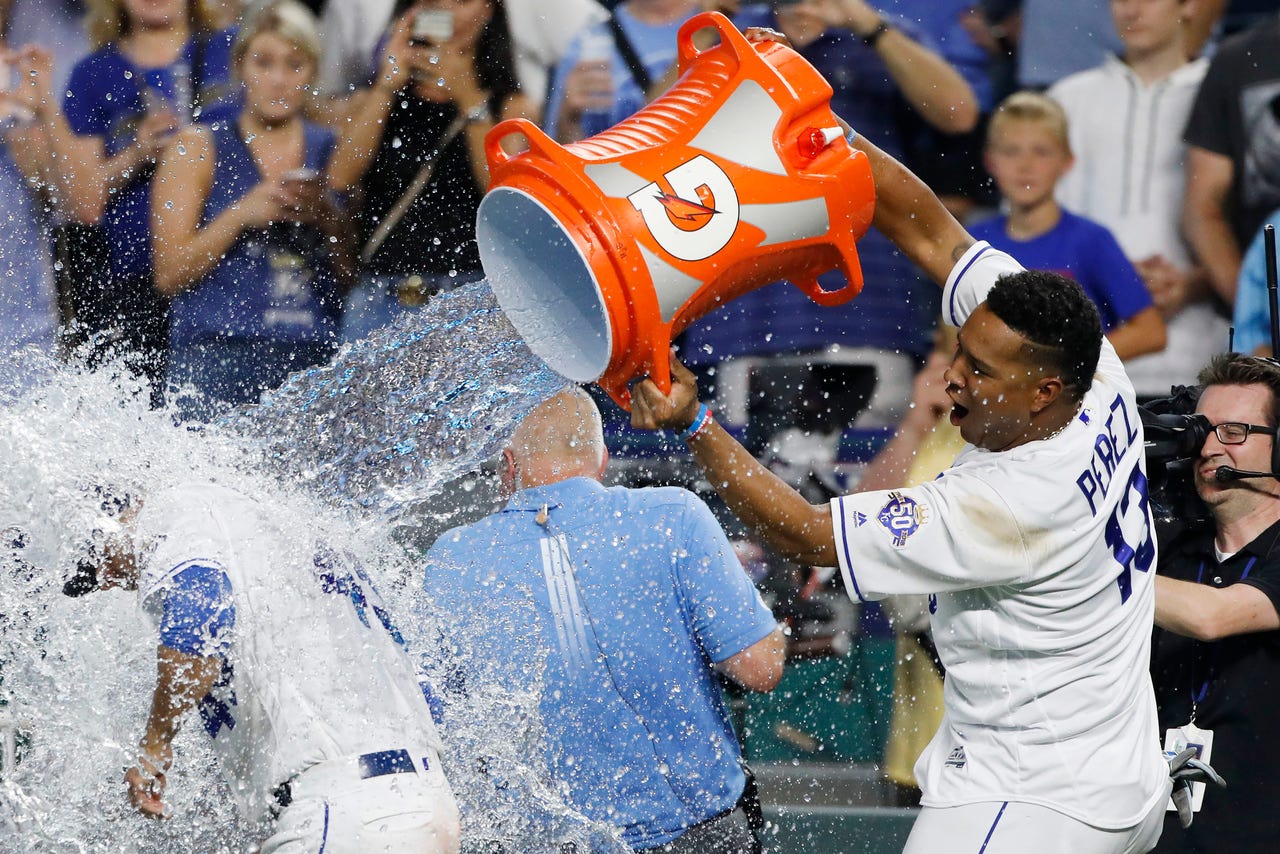 Anthony Rizzo drilled Fillmyer (1-1) with a line drive on the left heel on his third pitch, but Fillmyer stuck around and didn't allow another hit until David Bote and Tommy La Stella singled with one out in the seventh inning.

"Did I see it?" Fillmyer said. "I felt it. It felt like a hockey puck off the boot. Coming up, I played a lot of hockey. I knew I had to walk it off a little bit. It shook right off and felt pretty good after that. I didn't try to think about it to let it bother me."

Royals manager Ned Yost let the right-hander stay in to face left-handed Kyle Schwarber with two out and two on in the seventh, even though lefty Tim Hill was warming in the bullpen. Fillmyer got Schwarber to pop up.

Mondesi belted a 2-0 pitch from Jose Quintana for a three-run homer in the seventh. It was Mondesi's fourth home run and his first since July 15, a span of 42 at-bats.

Butera hit a two-run, two-out double with the bases loaded in the second inning and added a sacrifice fly during a four-run eighth.

Jorge Bonifacio, who entered hitting .103 in his past 16 games, Brett Phillips and Hunter Dozier each had two hits and a walk and combined to score seven runs. Bonifacio had an RBI double in the eighth, while Phillips contributed an RBI triple.

Quintana (10-8) dropped to 3-10 in 25 starts against the Royals. He was removed after Mondesi's homer, giving up five runs on six hits and two walks.

"Quintana pitched well up until the seventh there when he gave up those runs," Cubs manager Joe Maddon said. "Two walks got him in trouble. Butera gets it down the line. Other than that, you like to believe you're going to score more than zero runs and we didn't."

Royals: RHP Ian Kennedy (left oblique strain) said he felt no discomfort the day after throwing a 25-pitch bullpen. He is scheduled to throw a 30-35 pitch bullpen Friday while mixing in more offspeed pitches.