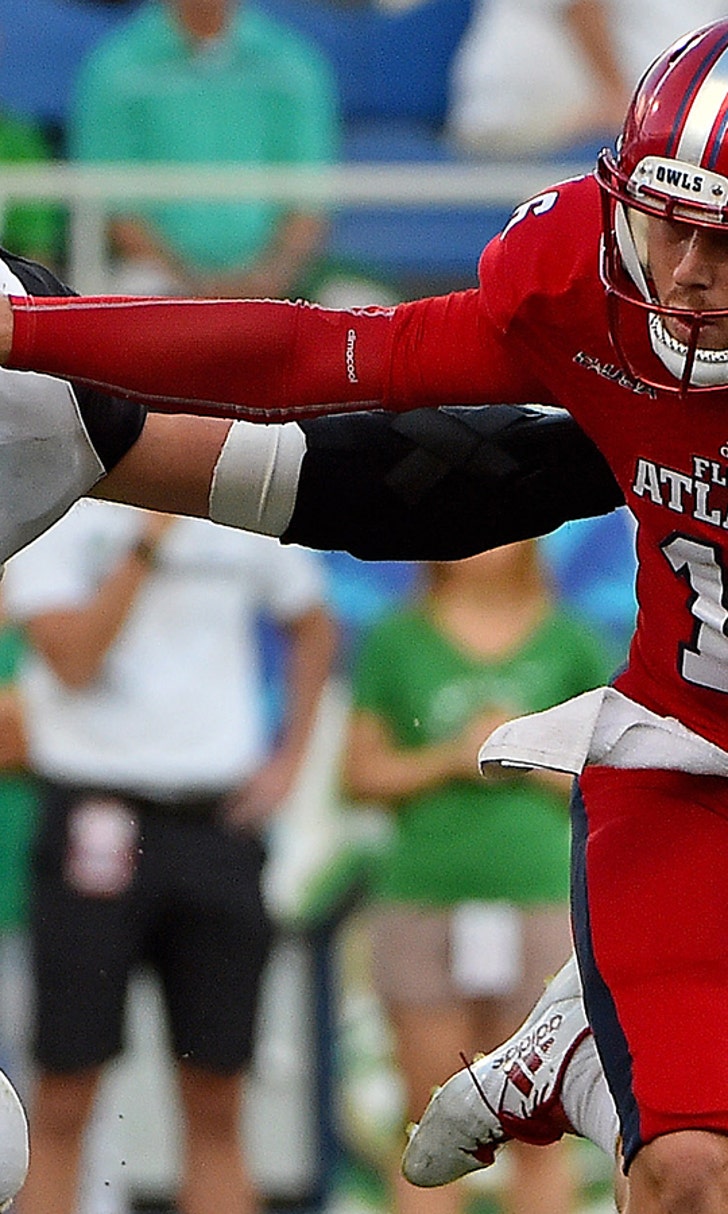 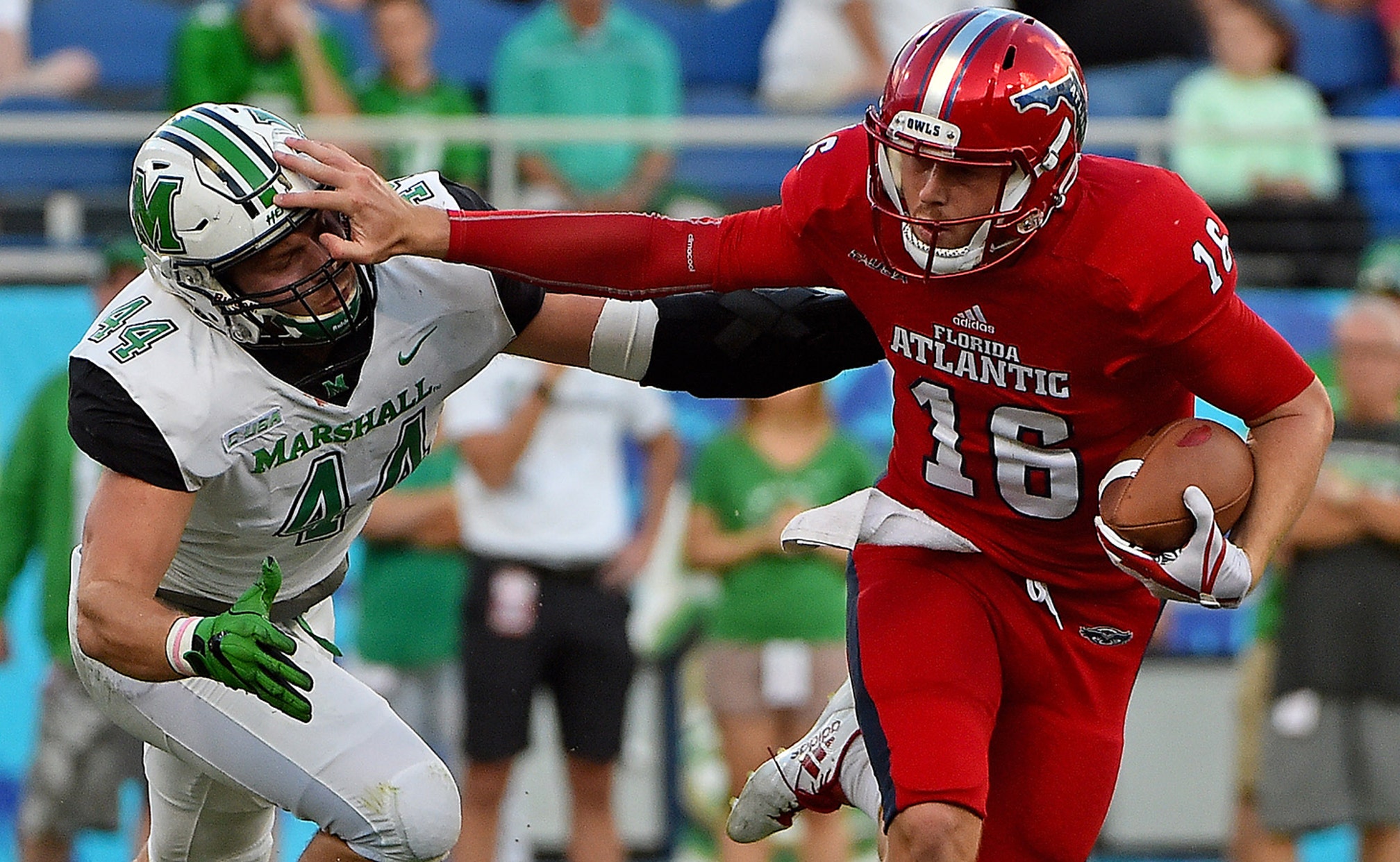 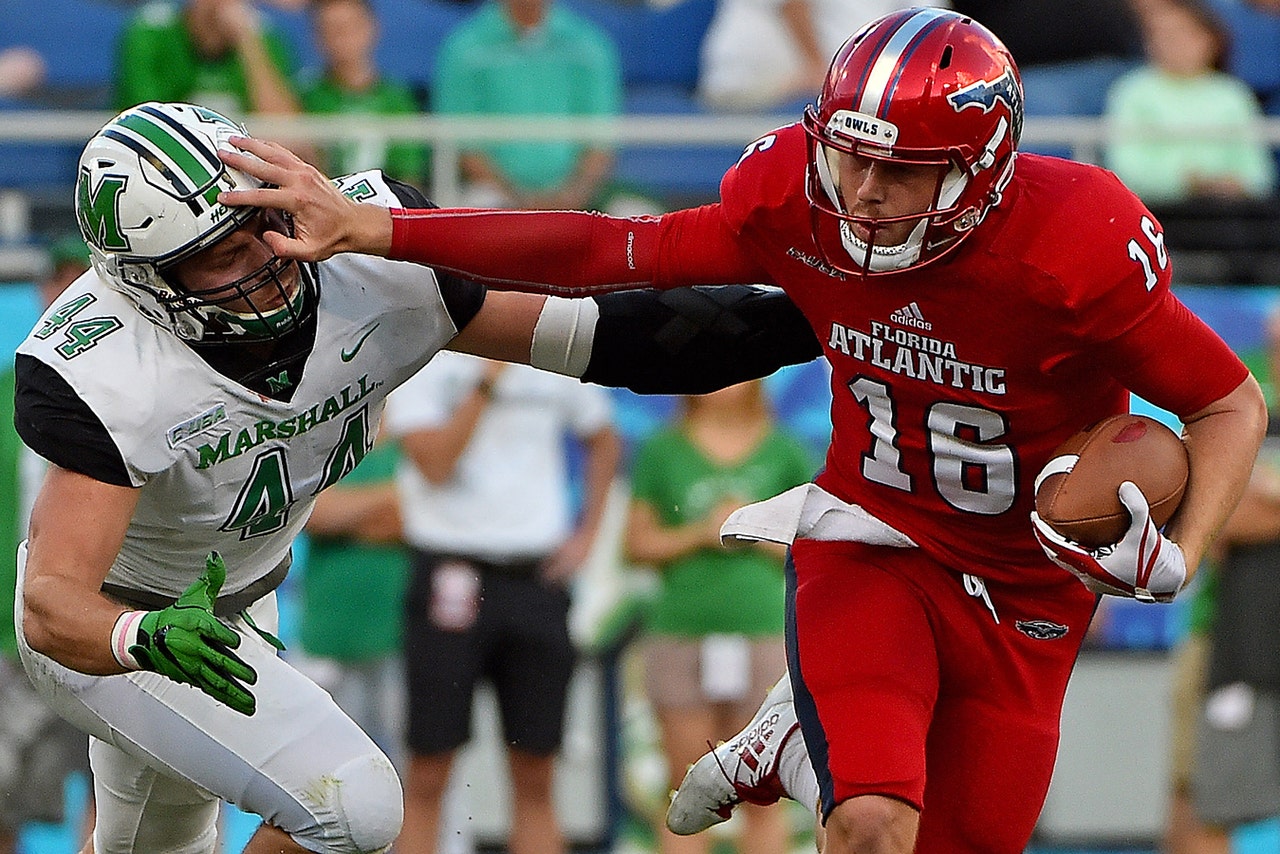 BOCA RATON, Fla. (AP) — Devin Singletary had 275 total yards and two touchdowns, Jalen Young made three of Florida Atlantic's four interceptions, and the Owls beat Marshall 30-25 on a rainy Friday night to become bowl eligible for the first time since 2013.

FAU went ahead 23-16 on a trick play late in the third quarter. Singletary was uncovered out of the backfield and his first career touchdown grab went for 60 yards on a double-pass from receiver Kamrin Solomon. Early in the fourth, Young made his second interception of the game on an overthrown pass and Singletary scored from 13 yards out on a third-and-goal run.

Chase Litton pulled Marshall to 30-23 with 5:13 remaining after avoiding pressure to find Ryan Yurachek in the corner of the end zone on fourth-and-10. Marshall got the ball back but Young sealed it with another interception.
Singletary had 203 yards rushing and 72 yards receiving for FAU (6-3, 5-0 Conference USA), which is off to its best start in conference play in program history.

Williams caught a pass over the middle on the first possession of the second half and raced for a 59-yard gain to set up Yurachek's 5-yard touchdown grab. Kaare Vedvik recovered his own onside kick and the Thundering Herd's offensive drive was highlighted by Williams' 20-yard catch on fourth-and-3. Keion Davis capped it with a 1-yard touchdown run for a 16-all tie.