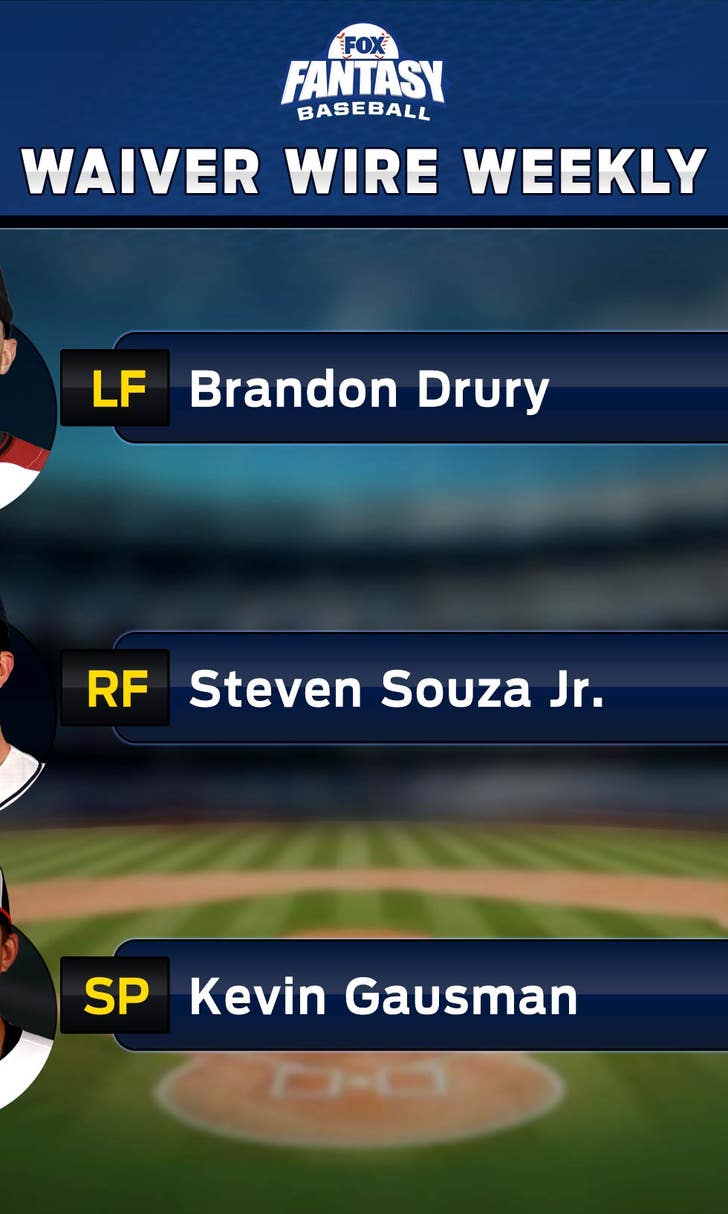 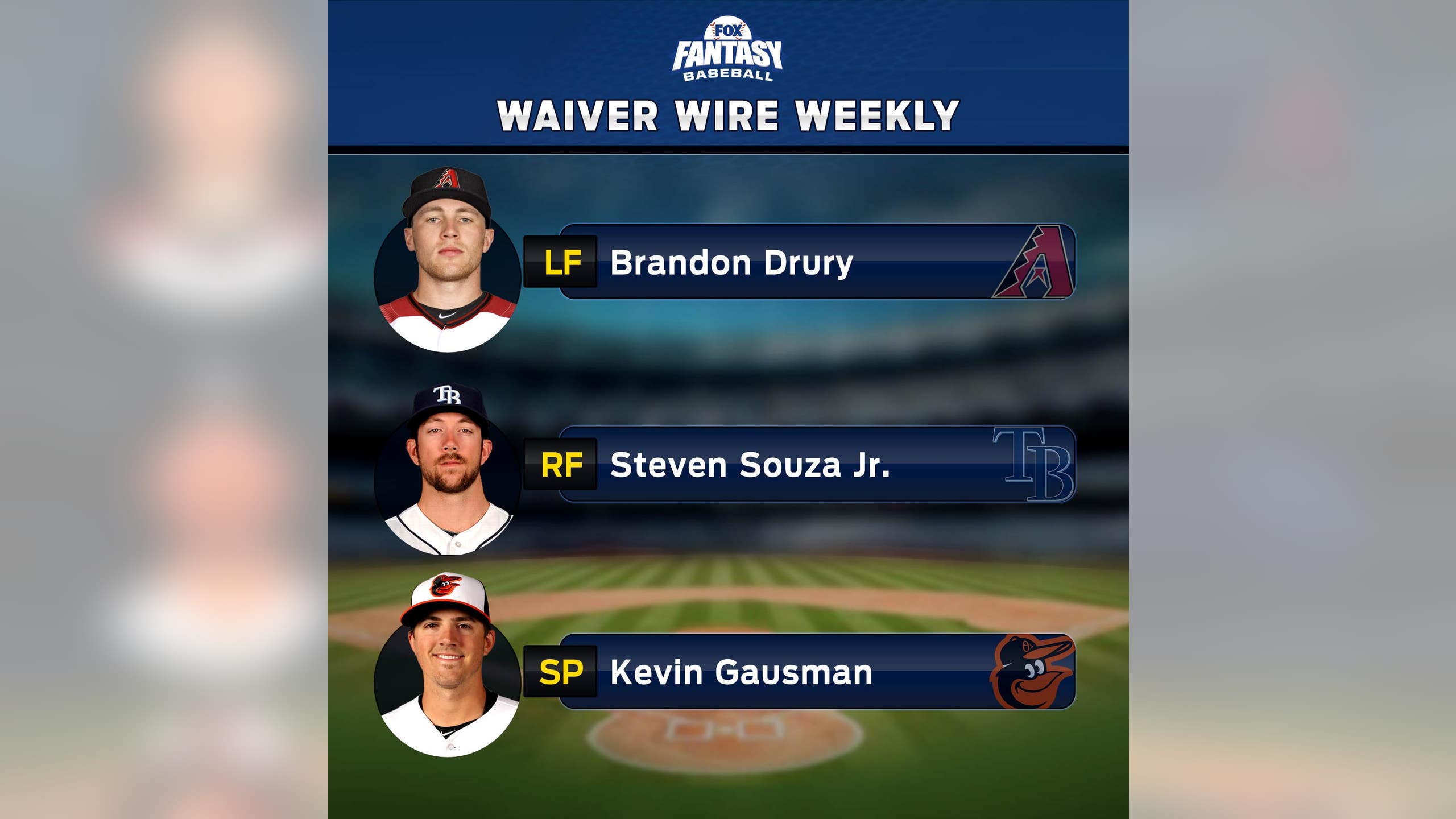 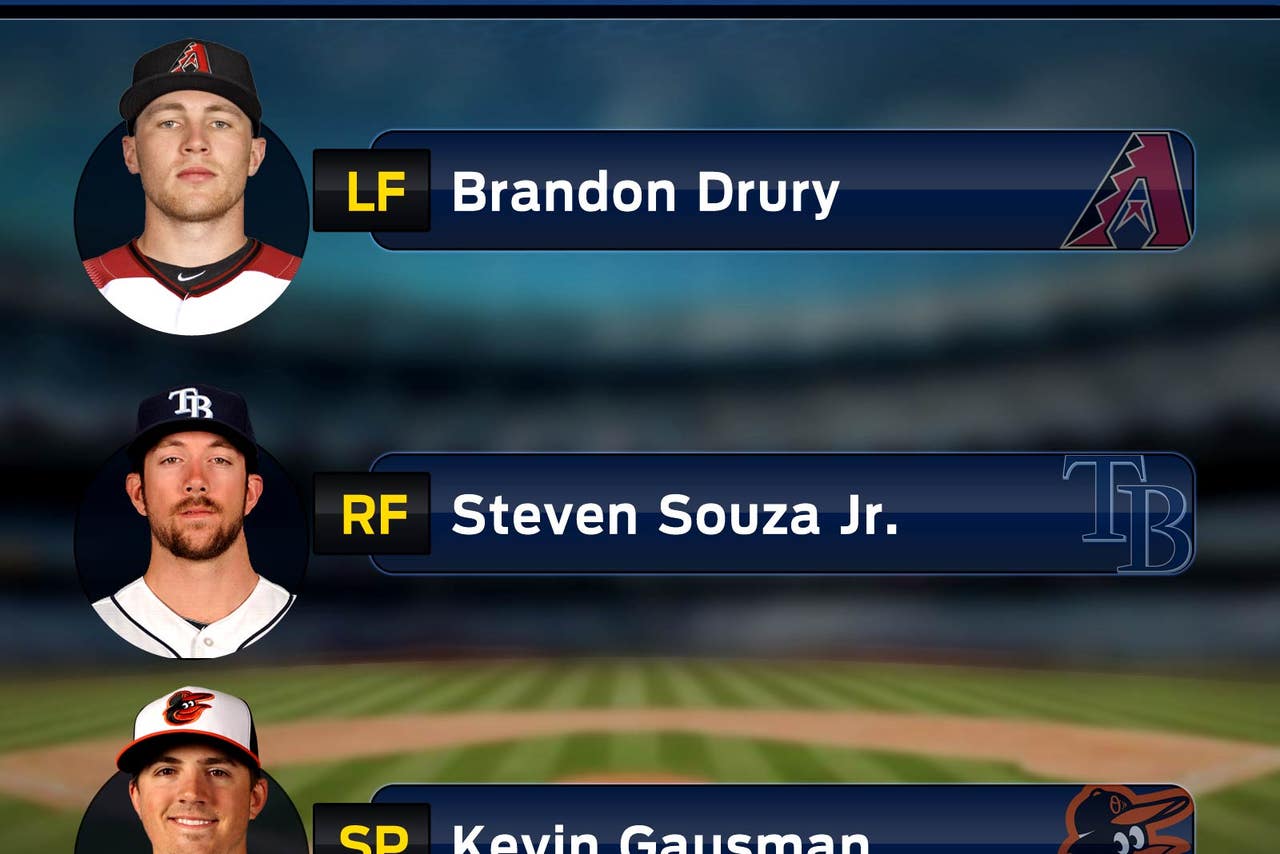 It's hard to fully recommend someone hitting .167 on the season, but it's tough finding an everyday catcher on the waiver wire. Maybe there's some hope that the Padres will lower their asking price on Norris and he'll be dealt to a better offensive team (in a better park) soon. Treat him like a stash.

Yes, he still has 70 games of suspension left to serve...but that means he's still in line to play 60 games at the end of the year. For a player with his kind of game-changing speed, Gordon is worth stashing for your end-of-season playoff run. It's just one roster spot, after all.

With David Peralta out with a forearm/wrist injury, Drury has a clear path to playing time. He's been hitting so well (.303/.325/.569) that it seems likely the D-Backs will keep a spot carved out for him in the everyday lineup. It's hard to tell how real the power is, although Drury did hit 23 HR in the minors as a 21-year-old. In a hitter's park with some good bats around him, he's a nice short-term add, if nothing else.

We've recommended him in this space before, but his ownership remains pretty low. Marte started off the season ice cold, but he's warming up as of late (11-for-31 in his last 7) and there's reason to think he'll start using his legs more soon (20 SB in AAA last year). He's now hitting .303 on the year.

He still strikes out a ton, but Souza has the kind of power you should covet. He's up to 8 HR this year, and he hit 16 last season in just 373 at-bats. His OBP will never be great, but he's inserted in the heart of the lineup for the Rays and he has the speed to easily hit double-digit steals (28 in AAA last year).

After another quality start (6 IP, 9 K), it's time to go get Gausman. He's averaging nearly a strikeout per inning, and he only has five walks issued in four starts. He's been serviceable the last few years, but at age 25 (to my surprise), it looks like he's figuring it out and will be aided by a good offense.

A lot of fantasy players will see McGee's big ERA (5.40) and shy away, but most of that is the result of one bad performance early in the season. McGee has 8 saves this season and has only allowed one earned run in his last six appearances. His job is safe, and he should be owned in a much higher percentage of leagues.