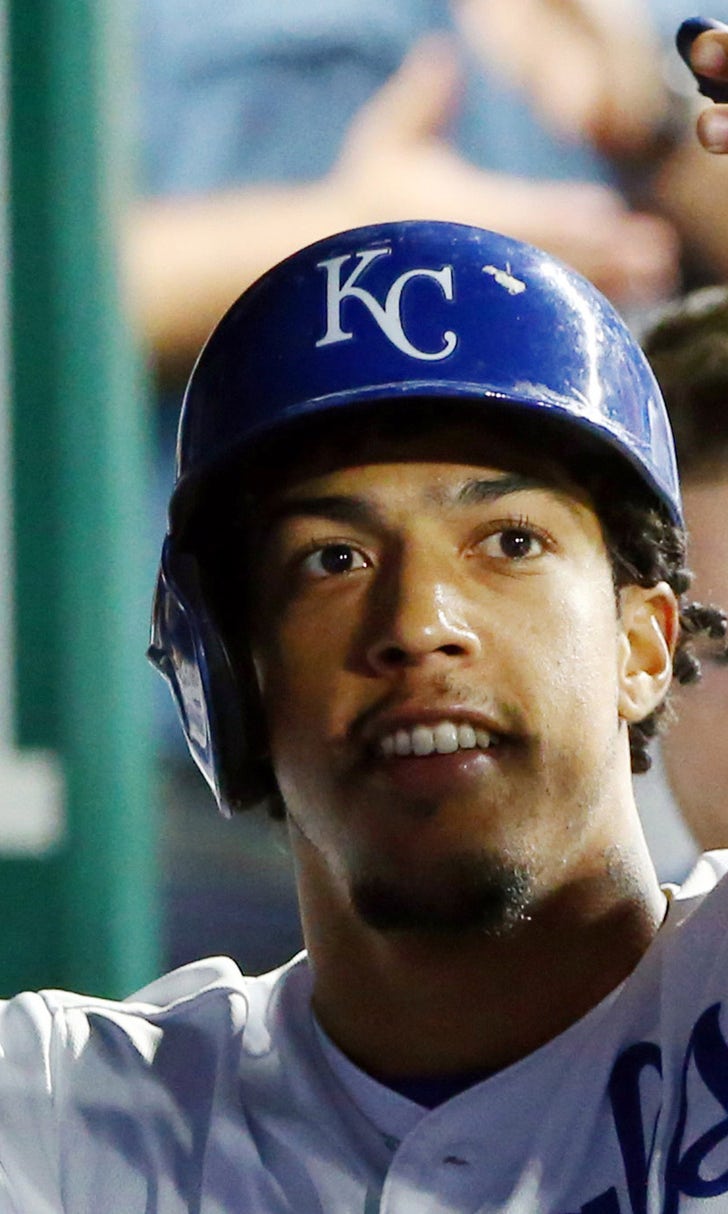 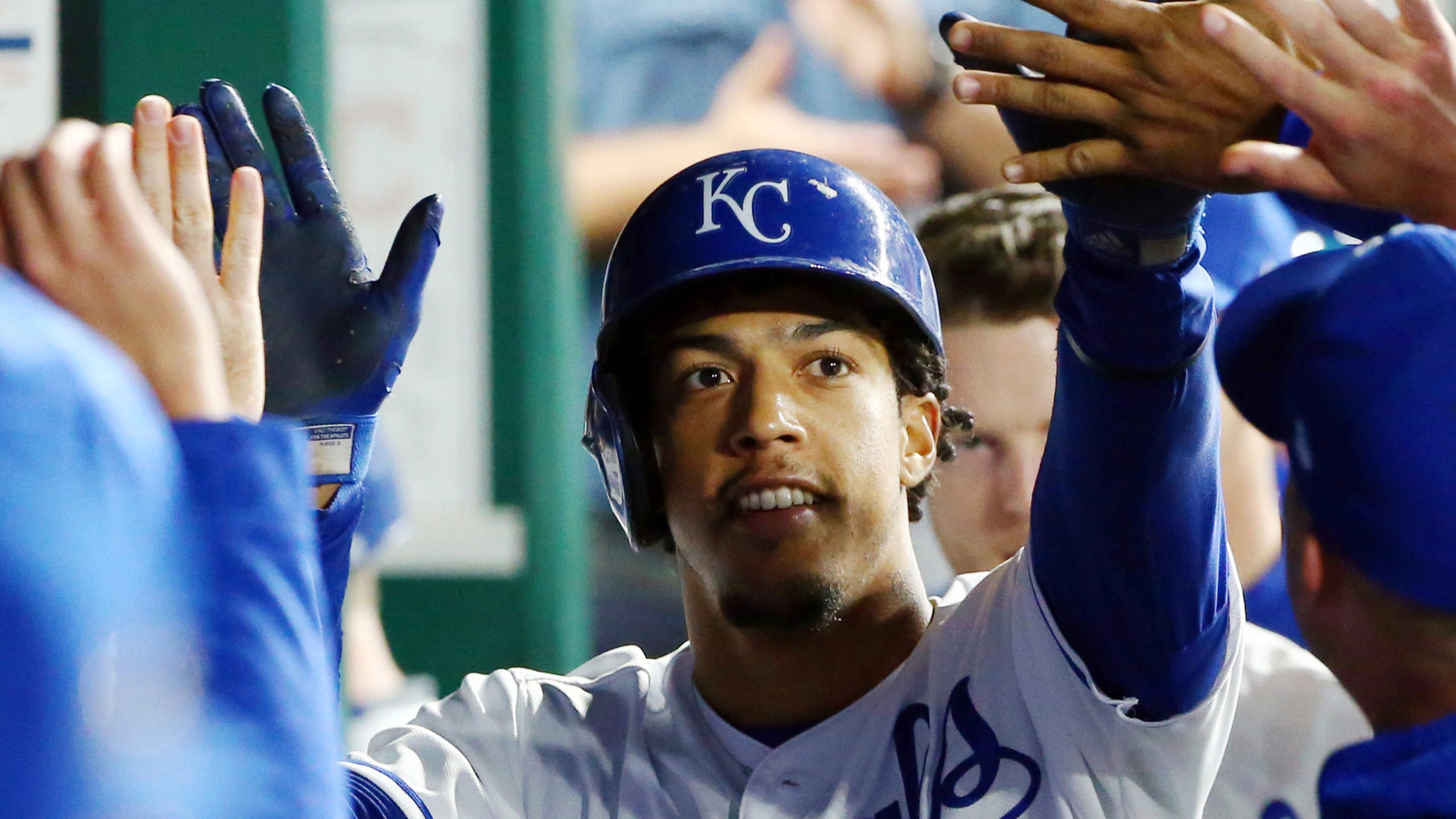 previous story
Cards' Fowler rejuvenated with eyes on a bounce-back campaign in 2019
next story
Cora on Cafardo's death: 'That's real. Life is real.'

Expectations set high for Royals' Mondesi: 'He can be like a superstar' 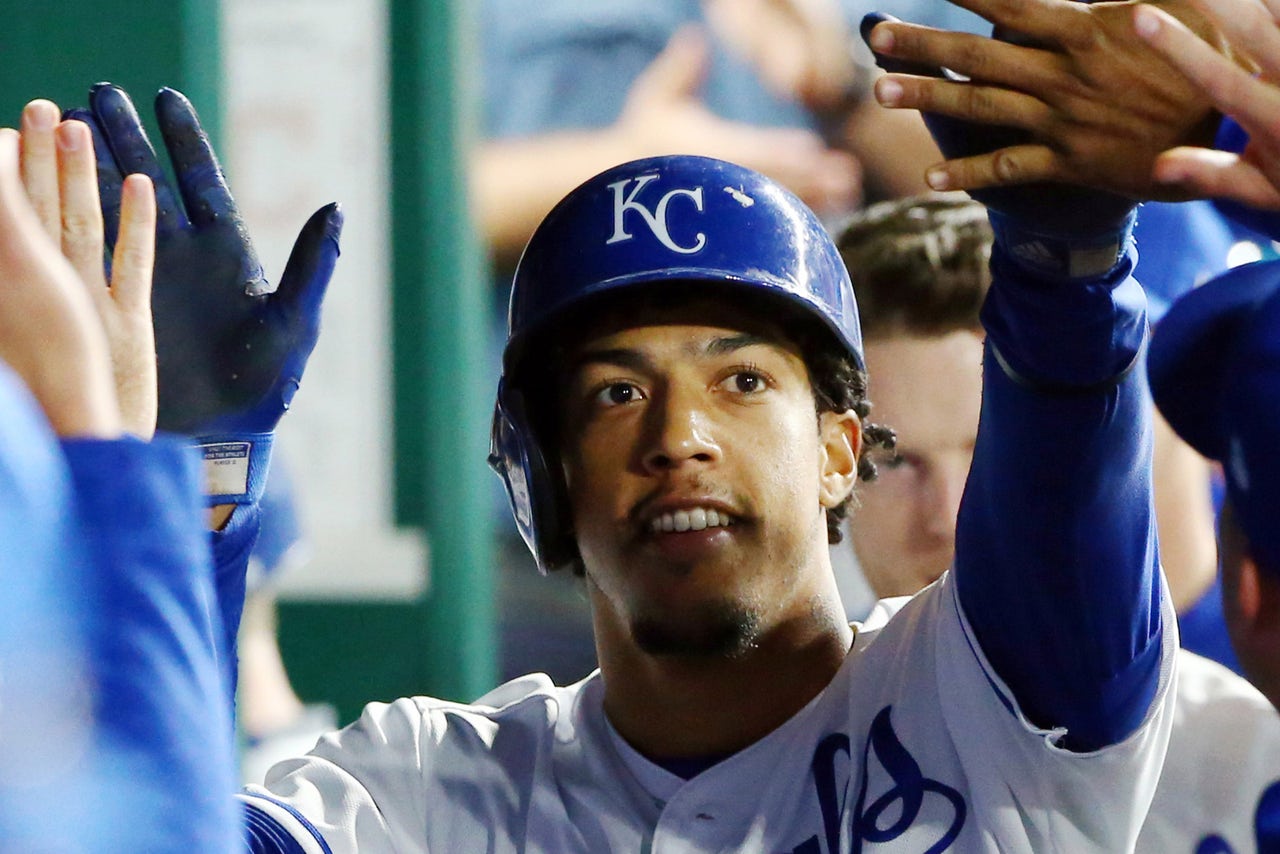 SURPRISE, Ariz. — The Kansas City Royals have been waiting patiently for Adalberto Mondesi to develop into the player they thought he could be. The time could be now.

The starting shortstop job will be his on opening day with Alcides Escobar departing for Baltimore on a minor league contract.

"Mondesi is a tremendously talented young man," Royals manager Ned Yost said. "We all saw it last year, but he's just scratching the surface of what he's going to be able to accomplish. It's going to be fun I think not only as an organization, but as a city and a fan base to watch him grow."

"No pressure," Mondesi said. "I know what I can do. Thank God I've got all those tools. So I just need to be ready and things are going to happen on the field. Whatever happens is going to happen. I don't have like limits, so I can just go out and play. I know I can do a lot of things."

Mondesi is the only player in history to make his major league debut in the World Series. New York Mets right-hander Noah Syndergaard struck him out as a pinch-hitter on four pitches in the third game of the 2015 World Series. His father, Raul Mondesi, was the 1994 NL Rookie of the Year and played 13 big league seasons but never appeared in a World Series game.

The 20-year-old Mondesi has battled injuries and there was a 50-day suspension for a performance enhancing drug in May 2016. He was the opening day second baseman in 2017, but was overmatched at the plate. After hitting .103 and striking out 16 times in 39 at-bats, he was sent back to Triple-A Omaha.

The Royals believe he is ready now.

"He can be like a superstar," teammate Jorge Bonifacio said. "He's a super talented guy. He can do everything on the field."

Said starting pitcher Ian Kennedy, "He's got power and speed and everything else. He's a game changer, how he can steal bases and how he can swing the bat and hit a homer at any time. He can lay a bunt down. He's a unique player. I'm curious to see how he develops."

Escobar played in all 162 games in three seasons and seldom missed a game.

"I came in with the same mentality, be healthy and just be ready to play every day," Mondesi said.