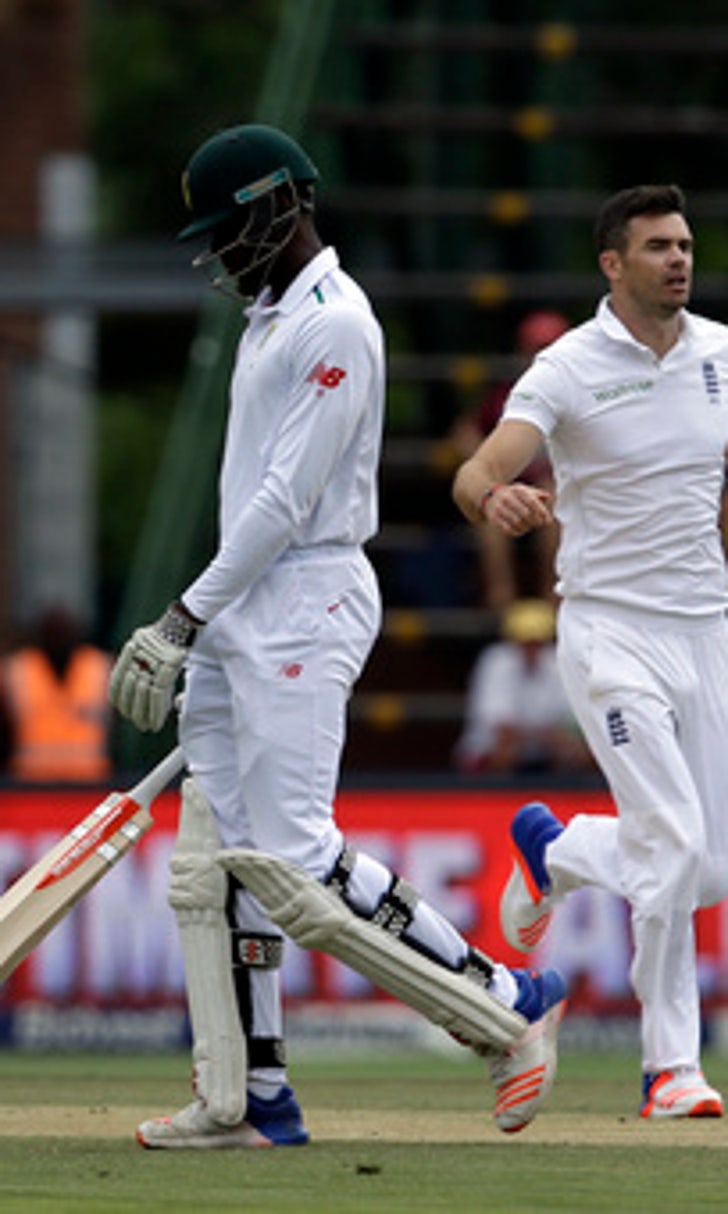 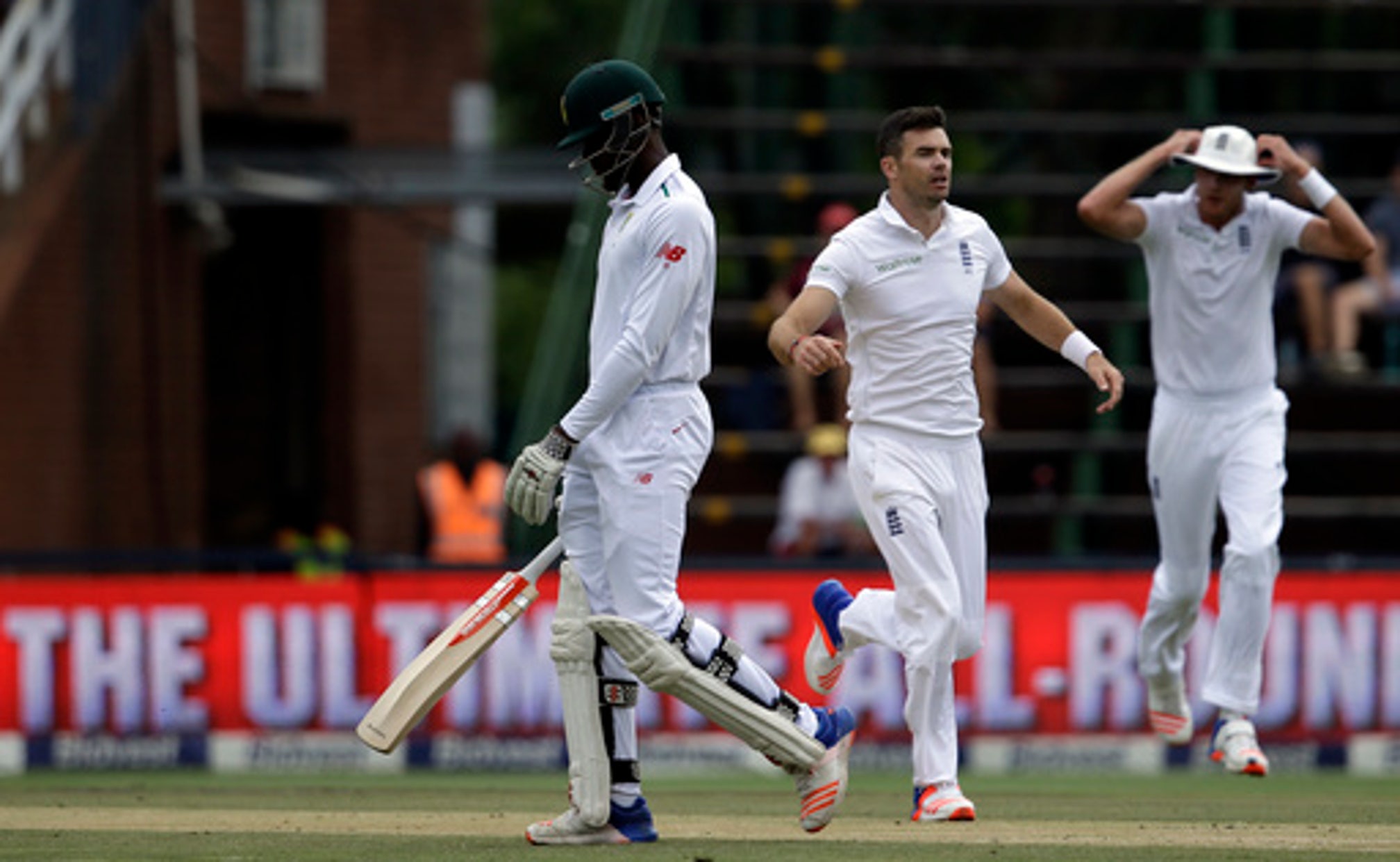 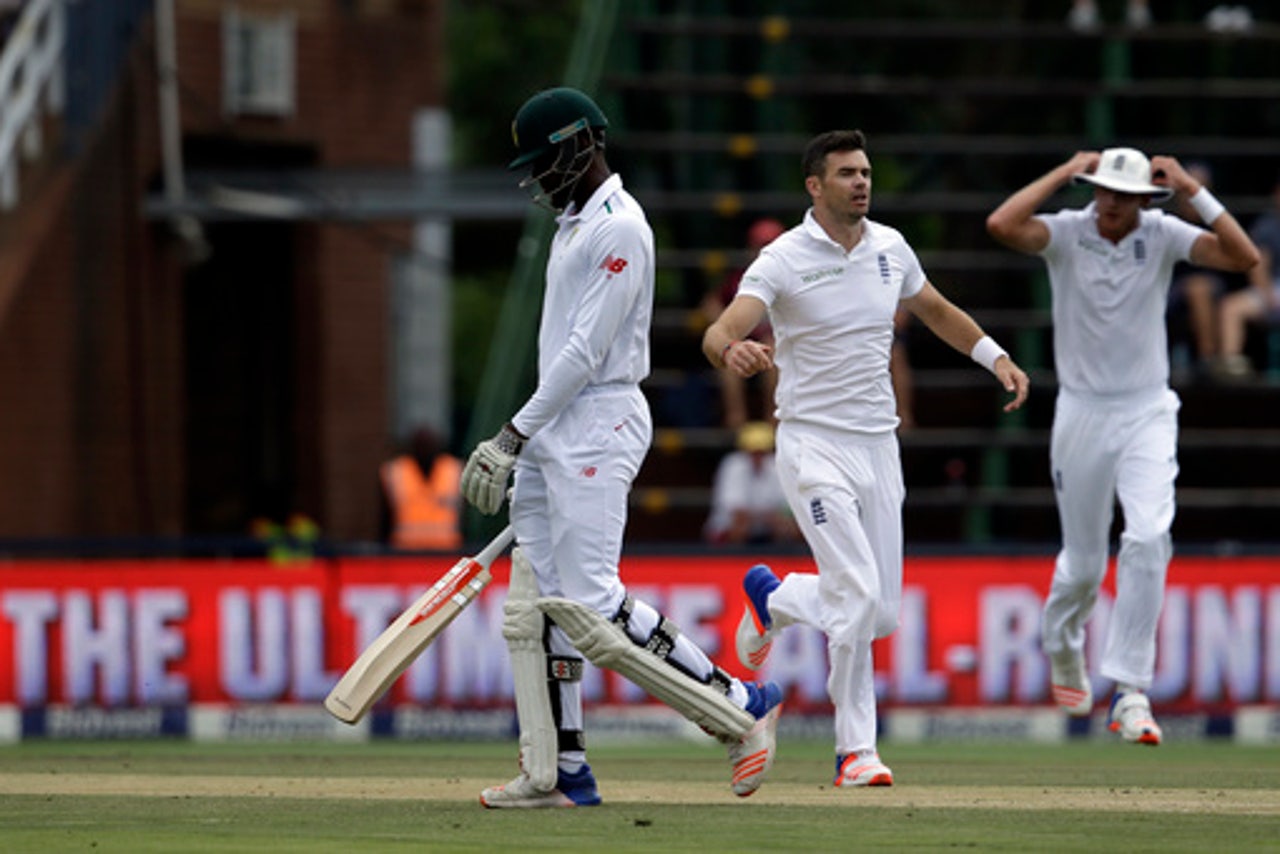 JOHANNESBURG (AP) Hardus Viljoen took a wicket with his first ball in tests, removing Alastair Cook as South Africa had England at 27-2 in the third test on Friday.

Responding to South Africa's first-innings 313 all out, England lost both openers by lunch on the second day. The tourists still trailed by 286.

Kagiso Rabada dismissed Alex Hales for 1. Fast bowler Viljoen then had immediate success at his home ground as the England captain edged down the leg-side. Dane Vilas took the catch diving full stretch to his right. Cook made 18.

Earlier, Ben Stokes took 3-53 and ended South Africa's innings with his first ball of the day. England needed a little over 10 overs to bowl out the Proteas.

Leading 1-0, England can win the four-game series with victory at the Wanderers. Although South Africa's 313 appeared below par, the pitch in Johannesburg is a tricky surface to bat on.

South Africa's overnight batsmen Chris Morris and Kagiso Rabada were dismissed within four balls of each other, and England was briefly frustrated by a last-wicket, 32-run partnership between debutant Viljoen (20 not out) and Morne Morkel.

England wicketkeeper Jonny Bairstow finished with six catches in the innings to equal the record at the Wanderers, but he dropped an edge from Morkel that could have given him the outright record.

Stokes was brought on to complete a James Anderson over after Anderson was taken out of the attack for running on the pitch. Stokes got Morkel out straight away, this time to an edge that was taken by captain Alastair Cook at first slip.

No South African reached 50, with opener Dean Elgar's 46 the top score for the top-ranked Proteas after they opted to bat first.

South Africa was thankful, also, for two partnerships from the lower order.

Morris made 28 and Rabada 24 and they combined for 56 for the eighth wicket, the second best partnership. Morkel and Viljoen added handy runs for the last wicket.

Broad broke the Morris-Rabada stand when he tempted Morris into a drive and had him caught behind for Bairstow's fifth catch. Next over, Anderson drew a nick from Rabada and Bairstow claimed his sixth catch.

Viljoen hit an on-drive for four off the first ball he faced in test cricket, and added three more boundaries in his unbeaten 20.

Anderson should have wrapped up South Africa's innings but for Bairstow's drop off Morkel. Next ball, Anderson was removed from the attack for running on the pitch in his follow through. Stokes replaced him, and needed just one delivery to wrap it up.

Making Themselves At Home
Derek Carr caught fire in Las Vegas' NFL debut as the Raiders stayed undefeated. Drew Brees and the Saints? Not so much.
1 hour ago 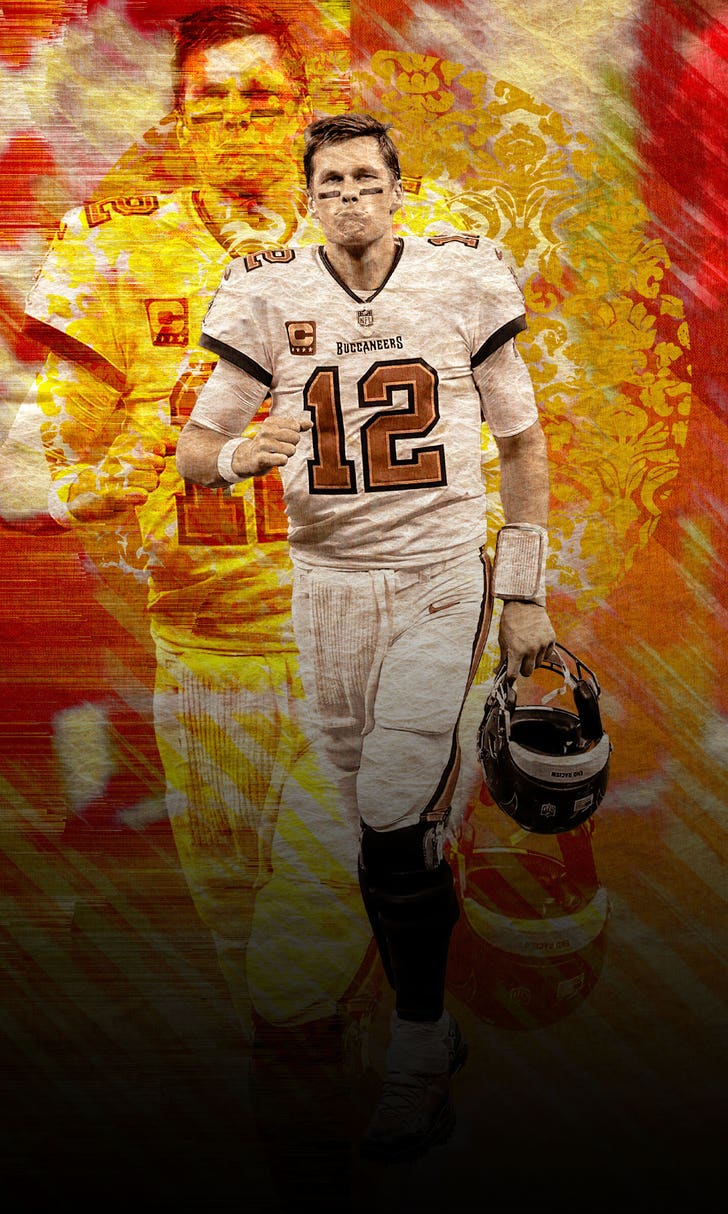 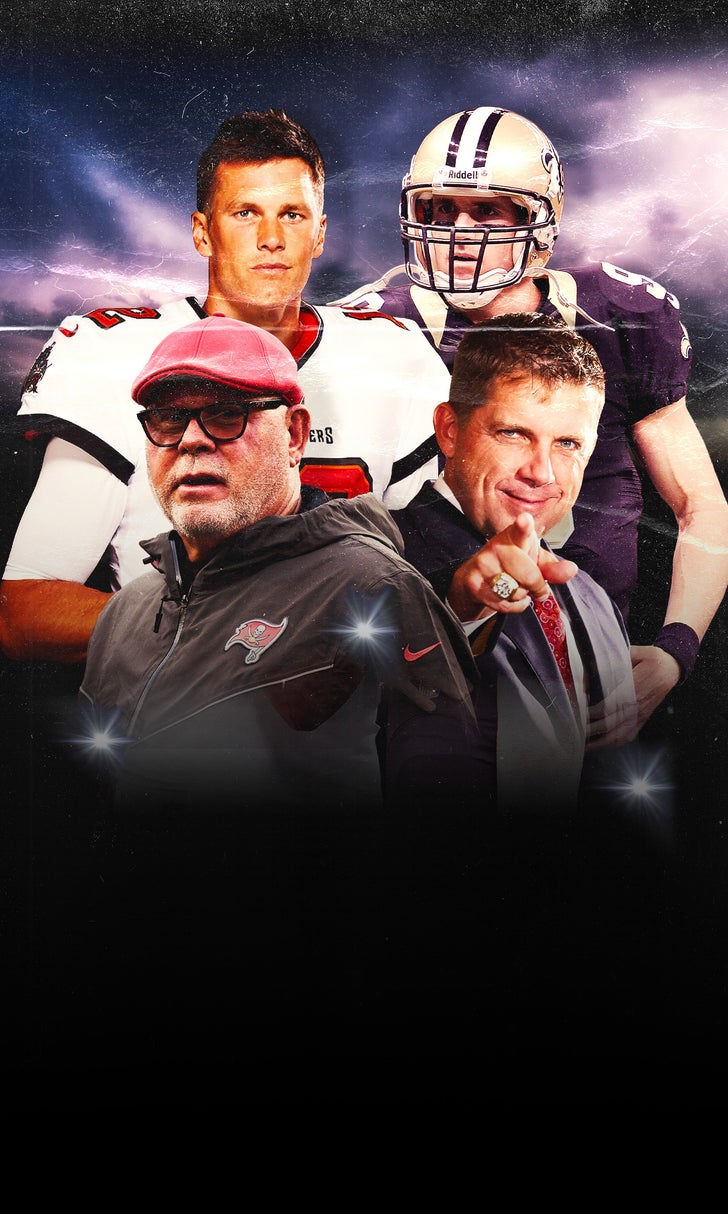