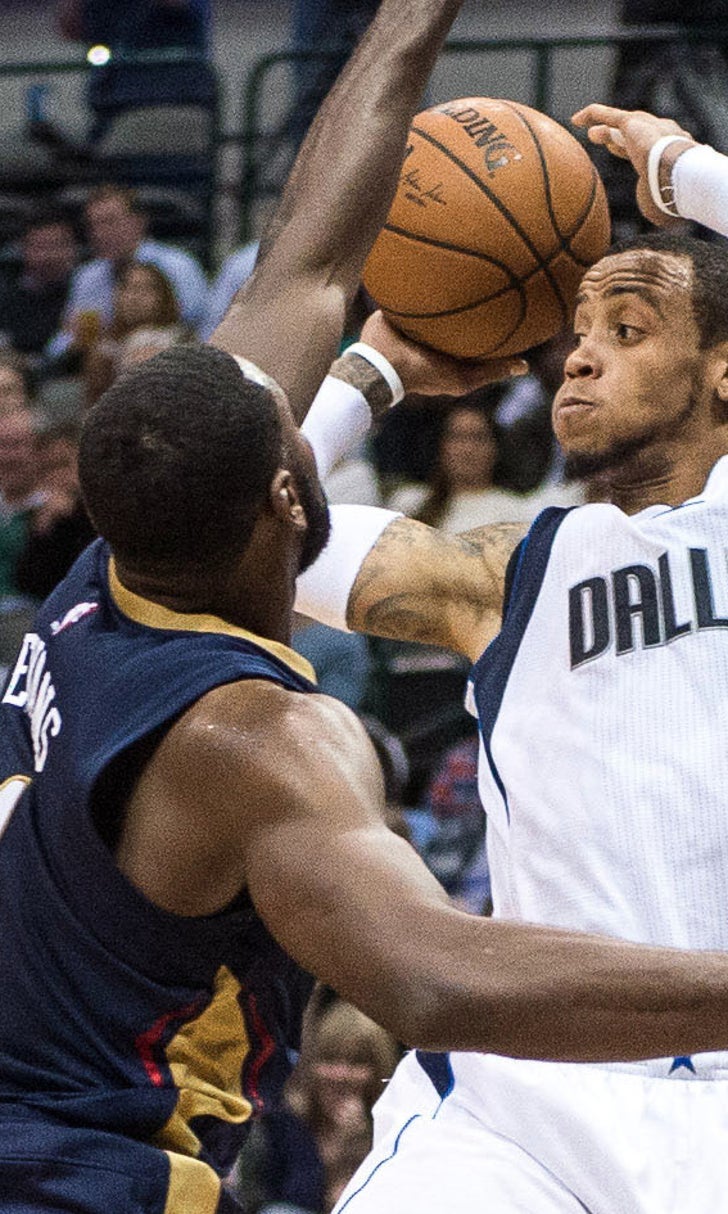 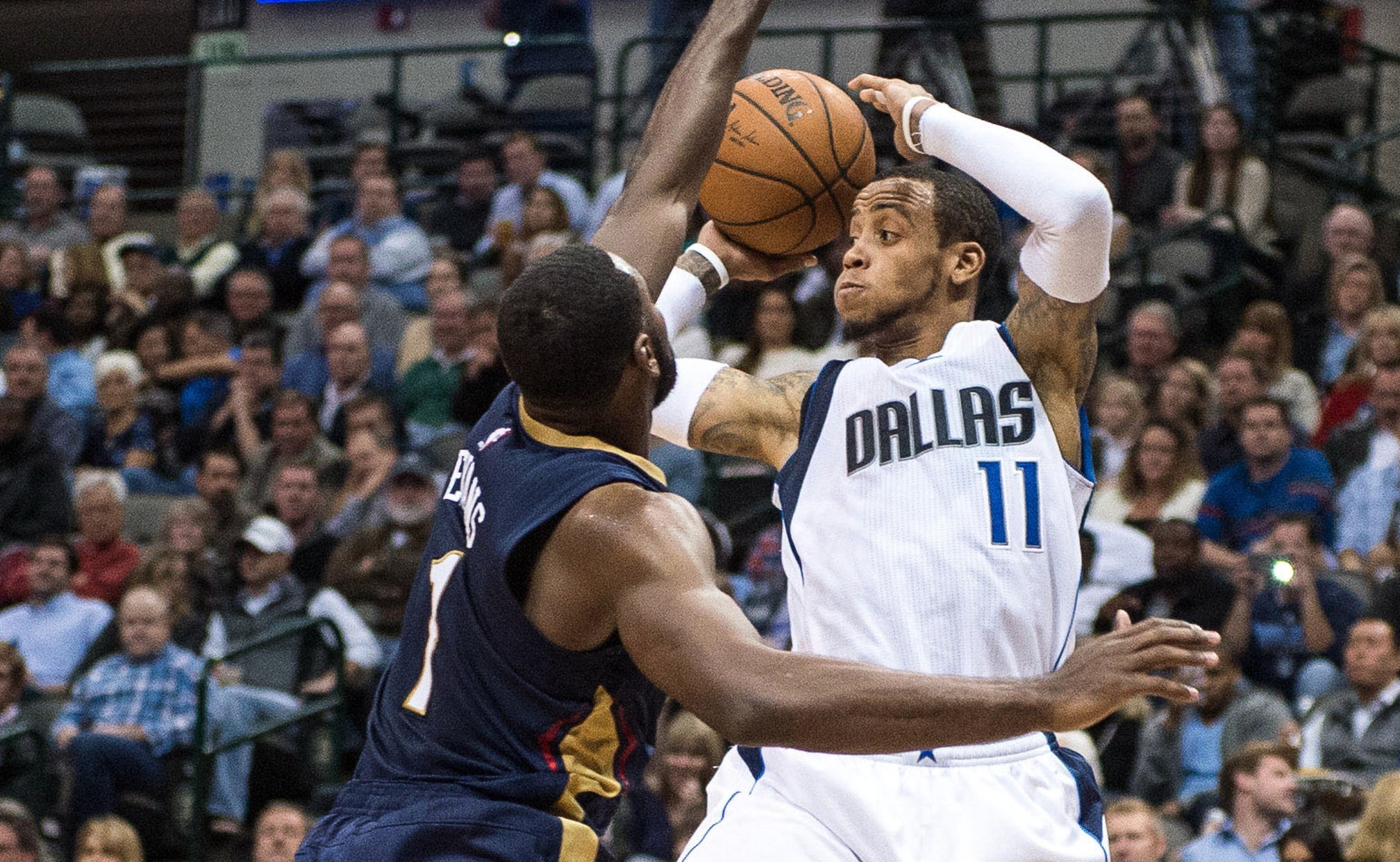 previous story
Texas Tech breaks away from Fresno State in 2nd half
next story
Cromartie active for Cardinals, Long set for Rams

DALLAS (AP) -- Monta Ellis quickly made up for a poor performance.

A night after scoring only 2 points, his fewest in a game since 2006, Ellis scored 26 points and the Dallas Mavericks outlasted the New Orleans Pelicans 112-107 on Wednesday night.

"Coach put the ball in my hands and my teammates have confidence in me to make plays around this time," Ellis said. "I was looking to make plays, and tonight I had it going in the fourth quarter."

Pelicans coach Monty Williams said, "We tried to switch it, and he would drive around our guys."

New Orleans had a chance to tie the game in the final 6 seconds, but Ryan Anderson's 3-point attempt bounced off the rim. Dallas' Richard Jefferson grabbed the rebound, was fouled and made both free throws to seal the win.

Ellis was a game-time decision Tuesday because of a sore elbow. It didn't seem to be a problem Wednesday, when he made 11 of 19 field goal attempts, including both 3-point shots.

"He wants the ball when the heat's on, and he's unafraid," Mavericks coach Rick Carlisle. "After (Tuesday), everybody was asking about his elbow, and the majority of the guys in this league would have sat this one out after going 1 for (11)."

Davis jammed a toe in the fourth quarter, but stayed in the game. He and Williams both indicated that Davis should be fine going forward.

Harris had only seven points until the final minute of the third quarter, and then scored 13 in a 6-minute span to help the Mavericks turn a one-point deficit to a six-point lead. Ellis took over from there.

"Monta was great tonight," Williams said. "Then Devin Harris had 20 off the bench. I thought his 3s, we had a hand up. He just hit tough shots."

Harris had started three games in November when starting point guard Jameer Nelson was out because of back spasms. Nelson didn't play Wednesday because of a sore right shoulder. J.J. Barea started while Harris remained in a reserve role.

Pelicans: Gal Mekel, a Maverick last season, was back in Dallas as New Orleans signed him as a free agent Friday. ... The Pelicans shot 27 percent from the field (6 for 22) in the first quarter, but turned around to hit 60 percent (12 for 20) in the second. . Holiday's previous 30-point game was last Dec. 30, when he scored 31 against Portland.

Mavericks: Dallas is 10-1 when Nowitzki scores 20 points or more. . Ellis entered the game with a team-high 20.3 points per game. . Four Mavericks also reached 20 points 8 days earlier in a double-overtime victory at Chicago. The last time there were four 20s in a regulation game was Jan. 25, 2011, against the Clippers.

New Orleans outrebounded Dallas 45-29. Omer Asik had a game-high 15 rebounds. Carlisle said, "That's a major problem, and we've got to keep working on it. They had two monsters in there tonight with Davis and Asik. There's 26 between the two guys."

With both teams having played Tuesday, it could have been expected to see some tired players. Unexpected were the three air balls by the Pelicans in the first half. Mekel and Luke Babbitt barely hit the bottom of the net with field goal attempts. One of Austin Rivers' free throw attempts was short, but it was also wide right.