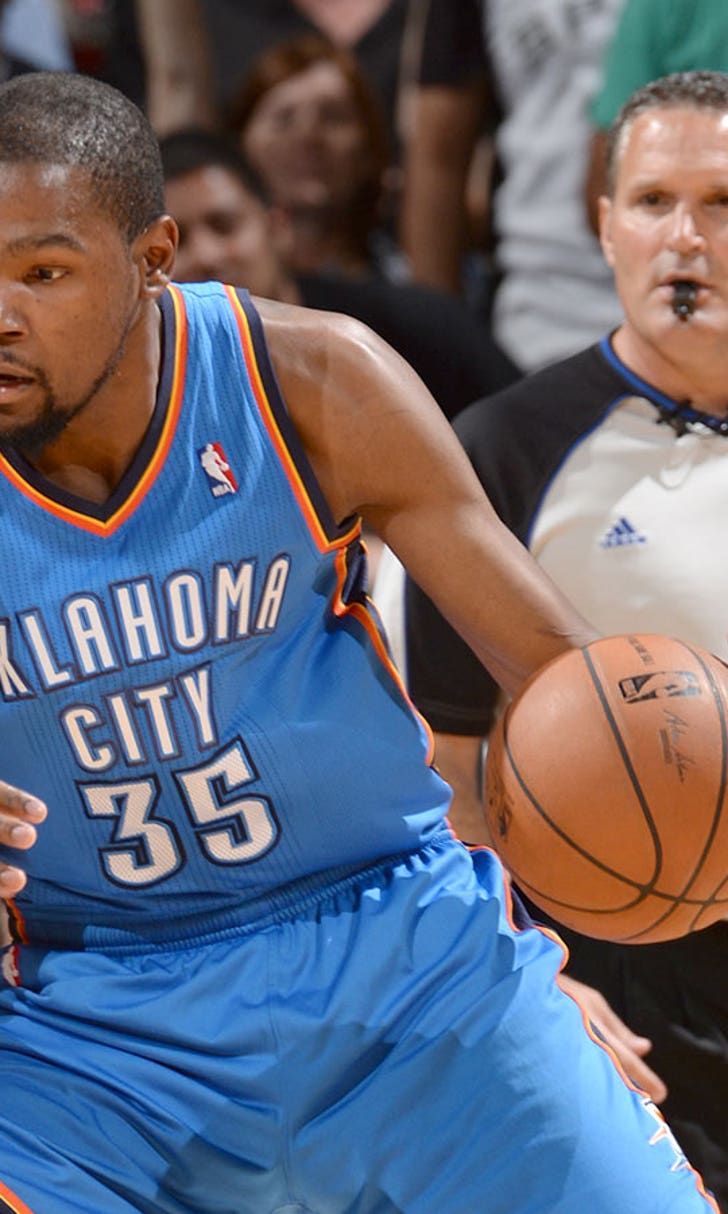 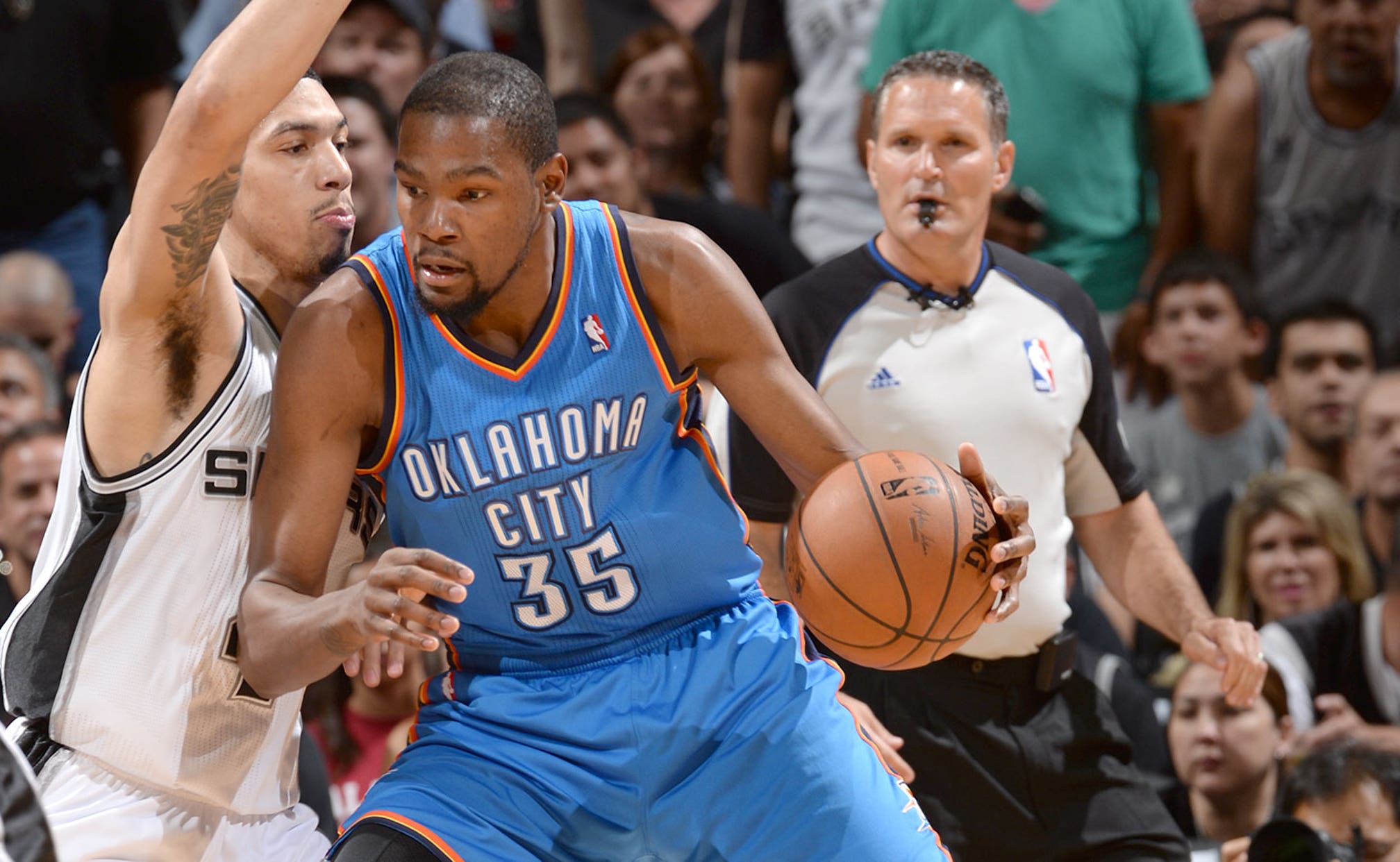 Durant will own an undisclosed percentage of the company, his first such partnership since he joined the Roc Nation agency founded by Jay-Z last year. Orange Leaf, based in Oklahoma City, has 321 stores in 40 states, four in Australia and 69 under construction.

Reese Travis, CEO of Orange Leaf, thought he was on the right track when he chose to pursue Durant as the company's first brand ambassador.

Because of his negotiations with the Oklahoma City star, Travis was invited to attend the MVP award ceremony and once he heard Durant's acceptance speech, he knew he was doing the right thing.

"It was moving," Travis said. "It was a speech that Kevin Durant delivered in the way that only Kevin Durant can deliver. It was heartfelt, it was authentic, it was unique to Kevin. As I'm sitting there thinking of everyone that's special in my life, every MVP I had in my life -- my wife, family, my kids -- something like that -- when I walked out of that room, there was a sense of pride that we were in the process of creating a partnership with Kevin Durant."

Durant has been in demand like never before since delivering his tearful 25-minute speech in May during which he thanked his teammates, support staff, coaches and his mother, Wanda Pratt. Since winning the MVP award, he has re-signed with Nike, Sprint and BBVA Compass, added deals with Orange Leaf and Sparkling Ice and was named the cover athlete for NBA 2K15.

Michael Yormark, Roc Nation's president and chief of branding and strategy, said more partnerships are in the works, and his goal is to get Durant more deals than any NBA player. He said much of the extra attention has been a direct result of the way he handled being named MVP.

"I think the speech created a sense of urgency with many of the brands that we were talking to, to move forward in a meaningful way and develop a relationship with Kevin," Yormark told The Associated Press. "Obviously, the speech was beyond magnificent, and we were talking with many brands during that period of time. I think that speech created that sense of urgency, and in many cases, truly convinced those people we were talking to that this was the right guy, the right athlete, the right brand to build a relationship with."

The Nike deal was Durant's biggest catch. He had a lucrative offer from Under Armour, but Nike surpassed it, and Durant remained with the company that has made his popular KD shoes.

Orange Leaf has grown quickly since its founding in 2008, and Durant and Roc Nation introduced the possibility of ownership.

"The equity component creates a unique dynamic for him," Yormark said. "As we continue to build his portfolio off the court, these are the types of opportunities we want to explore. These brands he's working with are brands we want him to have relationships with for the next 10 years, the next 20 years."