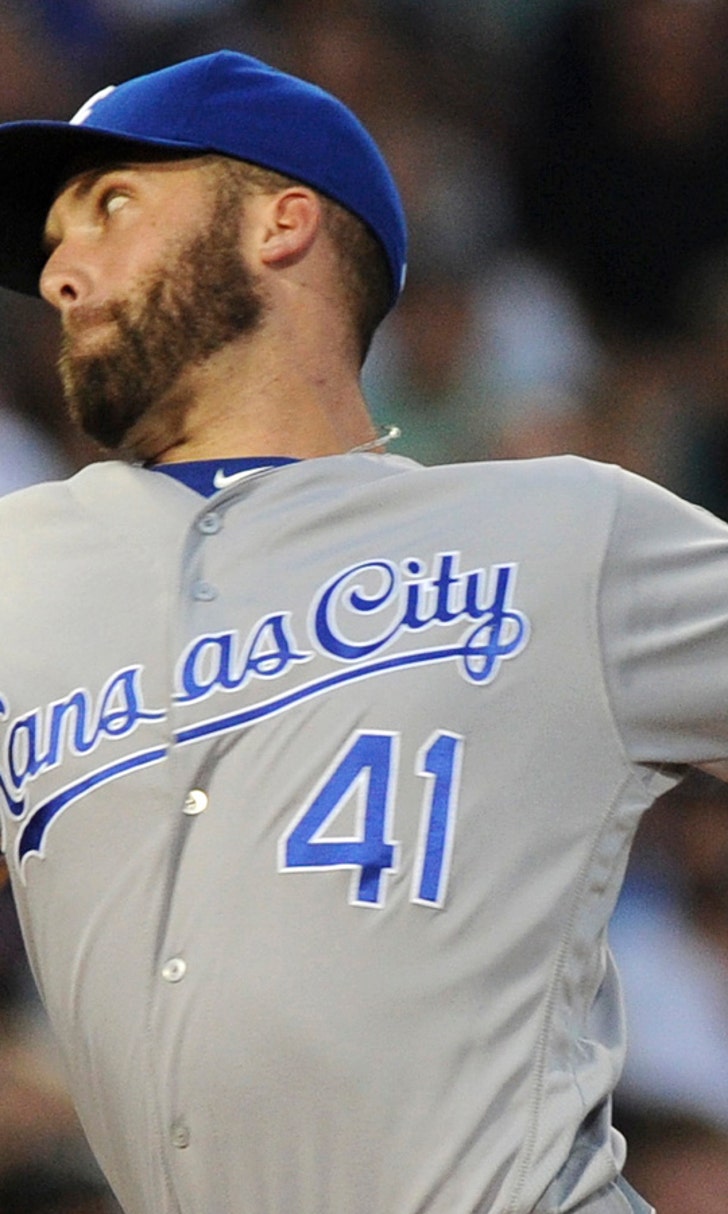 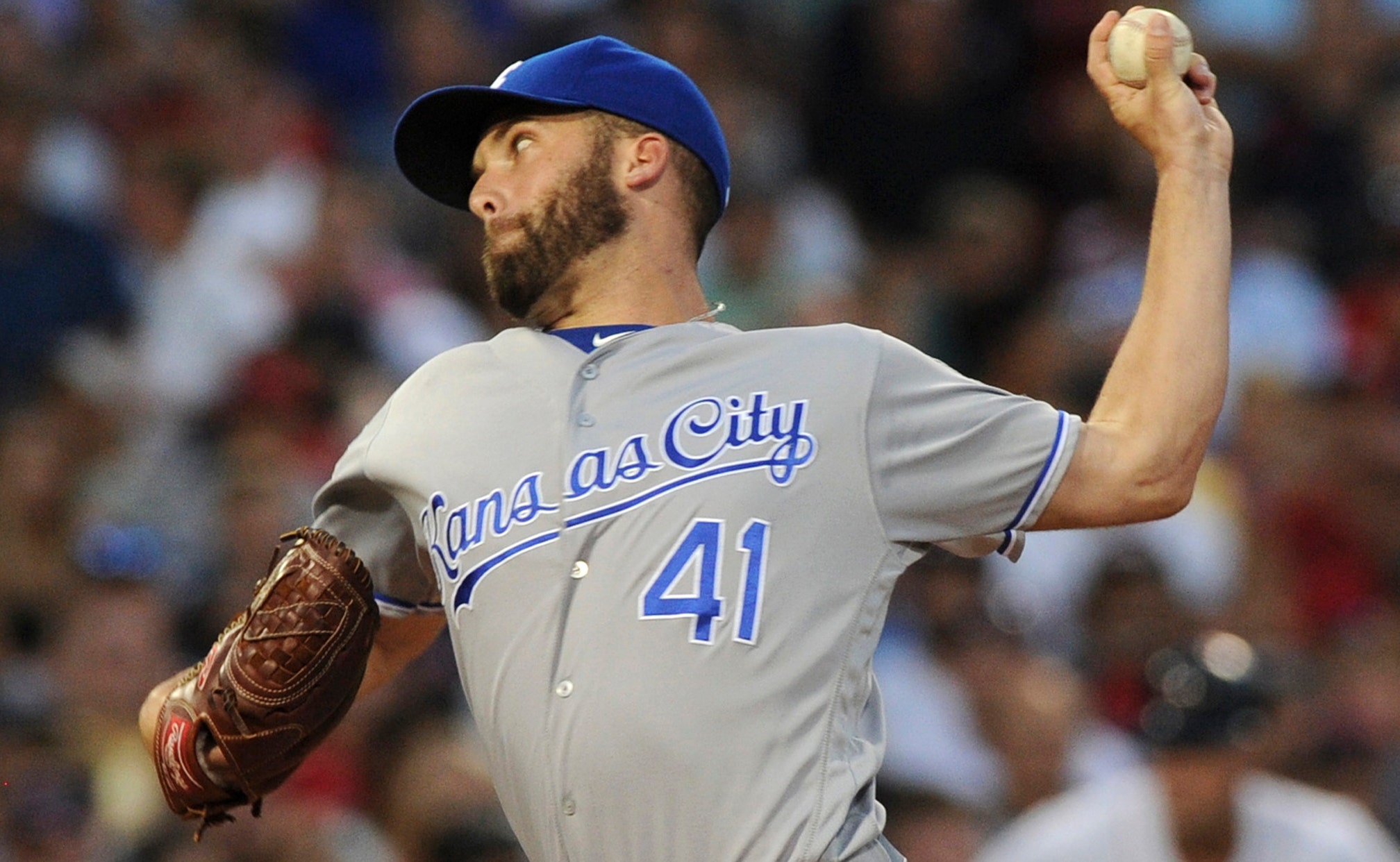 previous story
Marlins shut down by Clayton Richard in shutout loss to Padres
next story
Victor Martinez ejected, then throws helmet from dugout 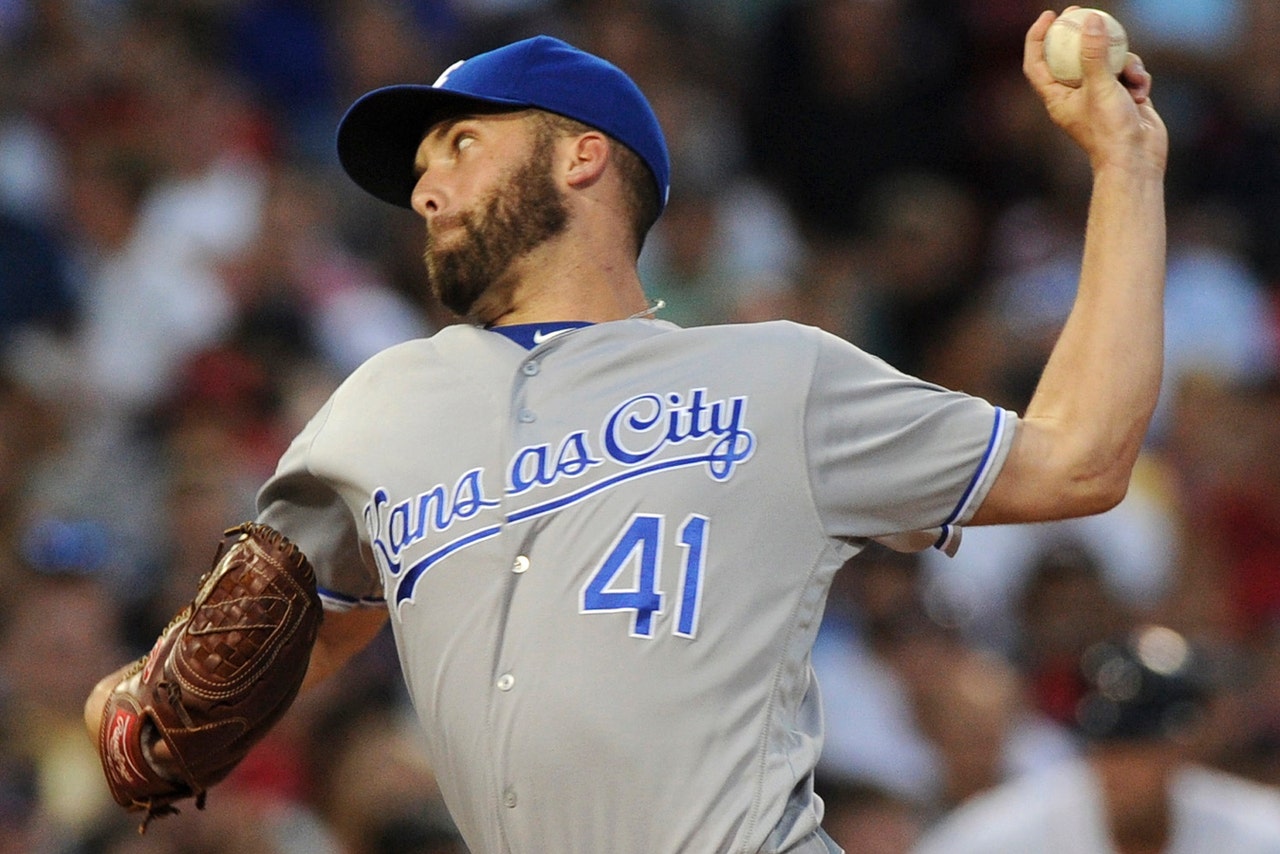 It's just the way it did that bothered him.

Duffy was hit for three homers and seven runs in five innings as the Boston Red Sox ran away for an 8-3 win over the Kansas City Royals on Saturday night.

"Good stuff, but just had trouble putting it where he wanted to," Royals manager Ned Yost said. "He was kind of wild in the zone a little bit."

Salvador Perez hit two solo homers for the Royals, who lost for just the fourth time in 20 games.

Duffy had allowed two or fewer runs in five straight starts -- and six of seven -- before Boston took care of that string with two each in the first and second innings.

Boston's Dustin Pedroia had four hits to extend his streak to 11 straight at-bats before bouncing into a double play with a chance to tie the major-league record.

Pedroia's streak, which stretched over three games, ended in the eighth inning. The big league mark of hits in 12 straight official at-bats is shared by Walt Dropo for Detroit in 1952, Pinky Higgins of the Red Sox in 1938 and Johnny Kling of the Cubs in 1902.

Xander Bogaerts homered and drove in three runs, and Mookie Betts and Hanley Ramirez hit consecutive homers for the Red Sox, who snapped a three-game losing streak with their 11th win in 16 games.

David Price (13-8) won his fourth straight start, giving up two runs in six innings to lower his ERA to 3.97, the lowest it's been since after his first start of the season.

Two batters in, the Red Sox jumped ahead 2-0 on Bogaerts' 16th homer, a drive that completely left Fenway Park over the Green Monster after Pedroia singled.

In the bottom of the second after the Royals had tied it, Jackie Bradley Jr. and Pedroia had consecutive RBIs doubles, pushing Boston in front 4-2.

Perez homered and Alcides Escobar had an RBI double in the top of the inning.

Pedroia got his 10th consecutive hit with a run-scoring single to make it 5-2 in the fourth. His 11th was a ground single to center in the sixth. He then bounced in the double play in the eighth.

Betts hit his 29th, a solo shot, in the fifth and Ramirez followed with his two pitches later to nearly the same spot, two rows into the Monster seats about three fans apart. After watching Ramirez's drive land in the seats, Duffy just smiled in disbelief as he waited for a new ball from home plate umpire Adrian Johnson.

Royals 3B Cheslor Cuthbert made a diving grab of Aaron Hill's grounder in the fourth and bounced a throw to first, with Eric Hosmer nabbing to get the out.

Red Sox: LHP Eduardo Rodriguez (2-5, 5.11) is expected to start for the first time since leaving his Aug. 16 start with tightness in his left hamstring. The lefty was scratched the night before his scheduled start last Sunday.