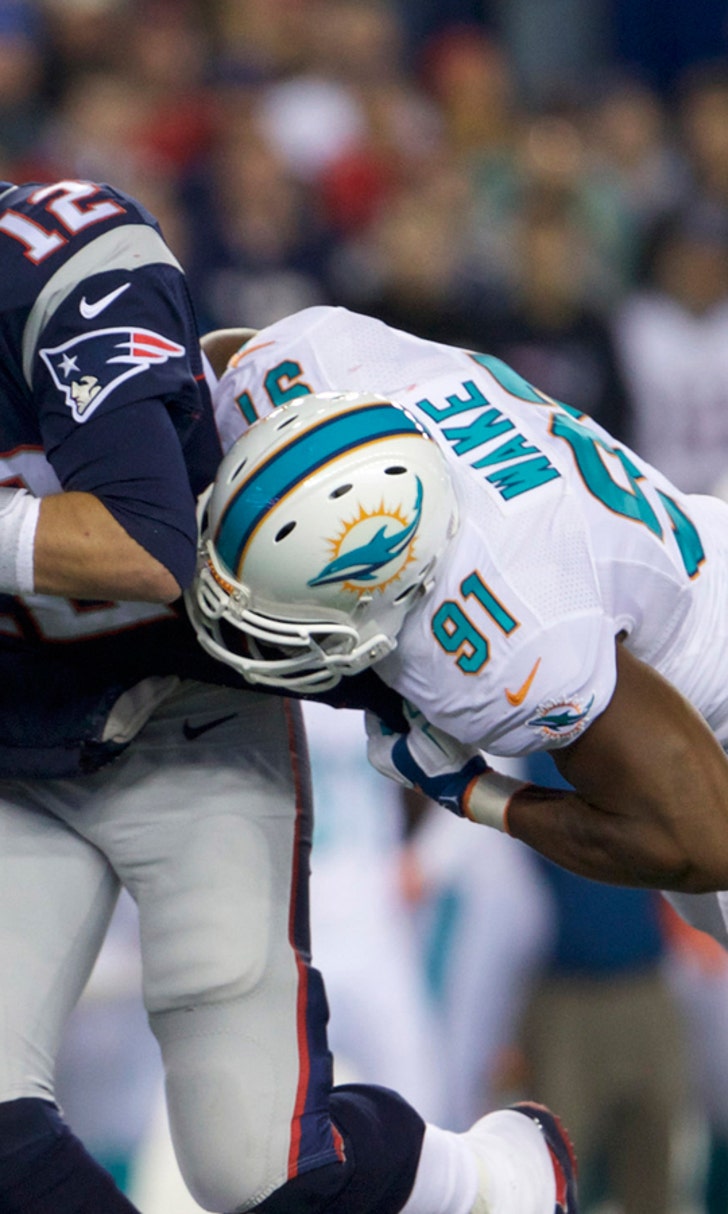 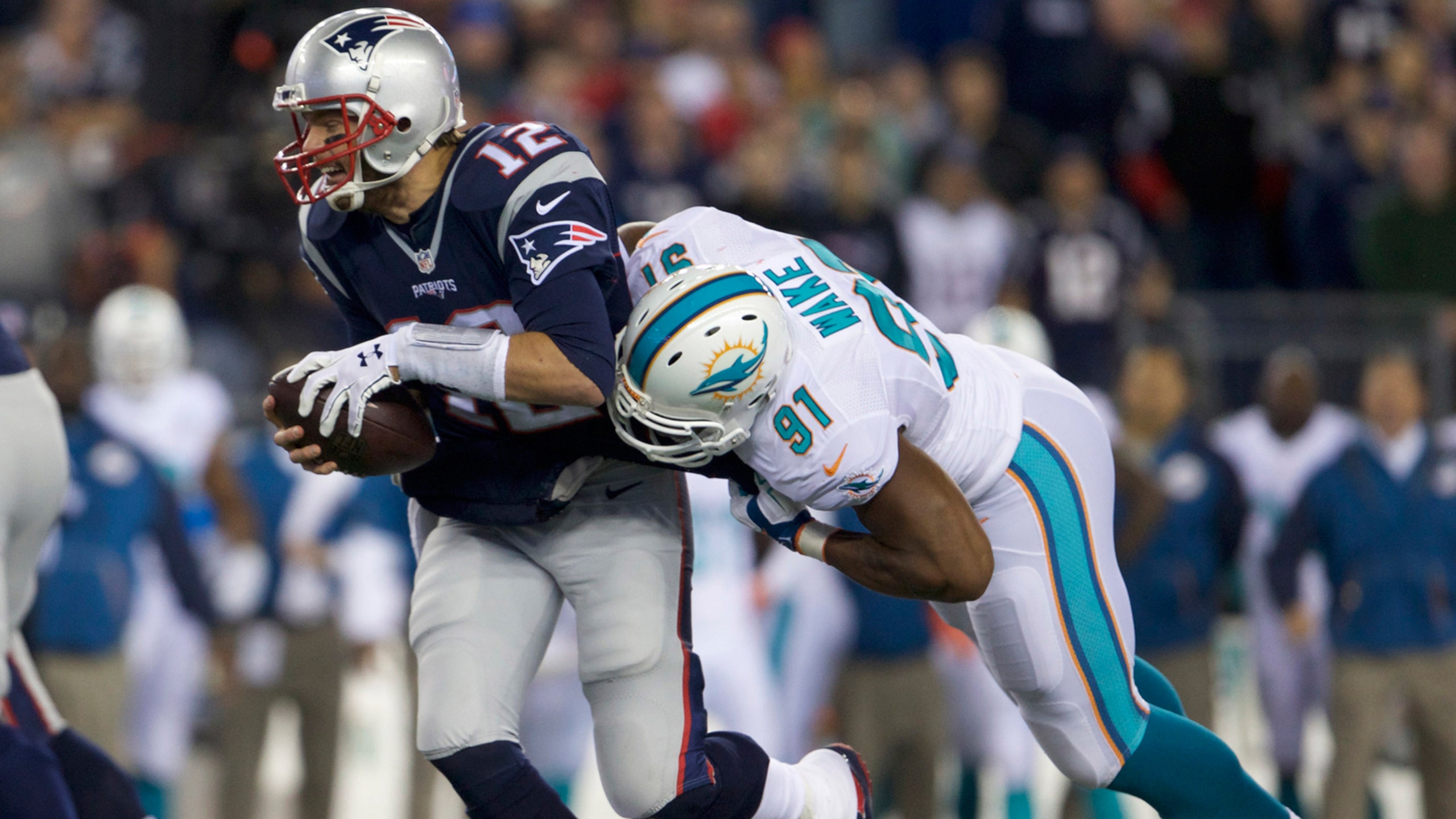 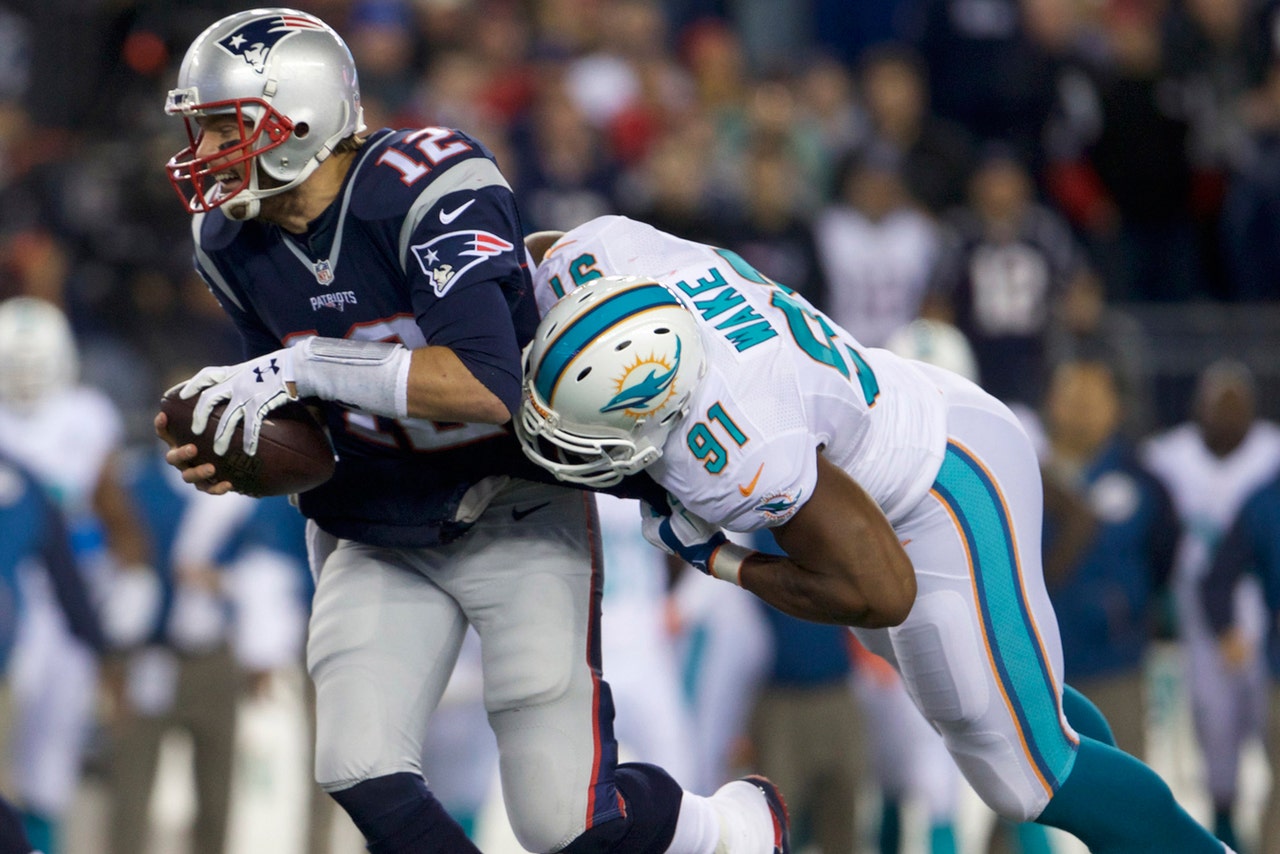 FOXBOROUGH, Mass. (AP) -- Dolphins four-time Pro Bowl defensive end Cameron Wake was carted off the field after injuring an Achilles tendon during the second half of Miami's game against the New England Patriots on Thursday night.

Wake went down to the turf after chasing Tom Brady in the third quarter. He stayed down for a couple minutes and was helped off the field. Wake first went to the trainer's table before leaving on a cart.

It could be a devastating loss for Miami's defense. If Wake ruptured his Achilles, he'll miss the rest of the season.

Wake had one sack on Brady and seven in the past three games after getting none in the first four. He has 70 career sacks in seven seasons.