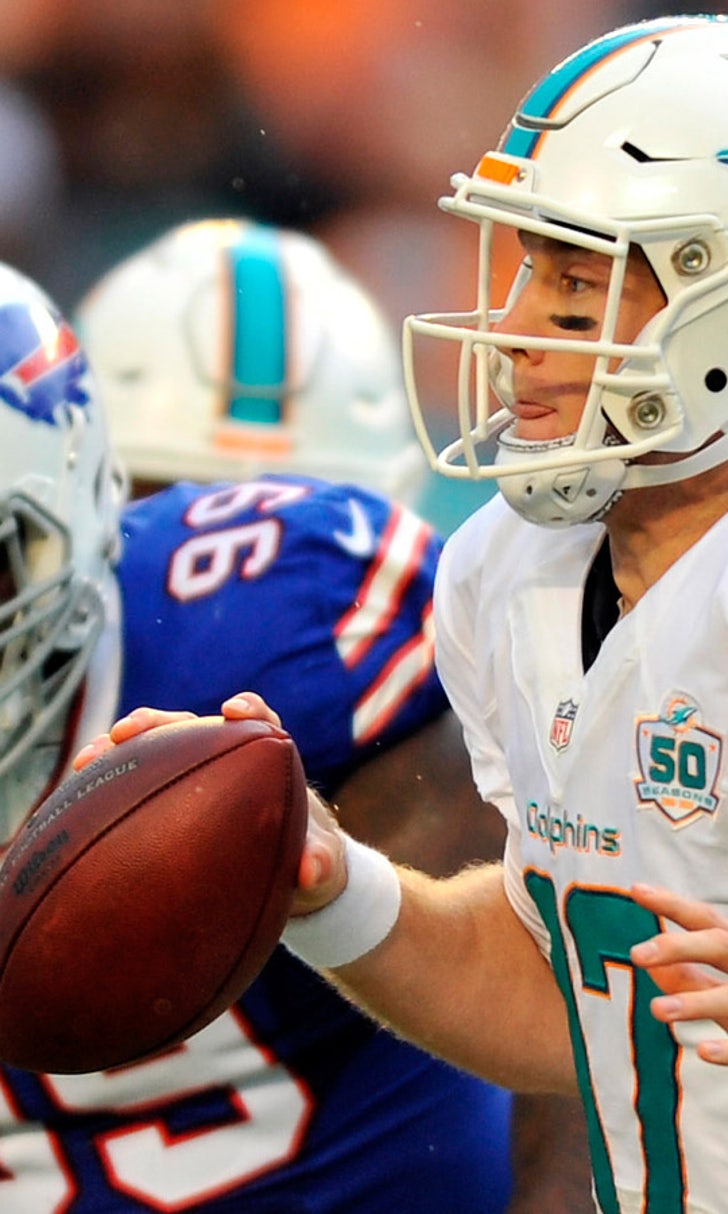 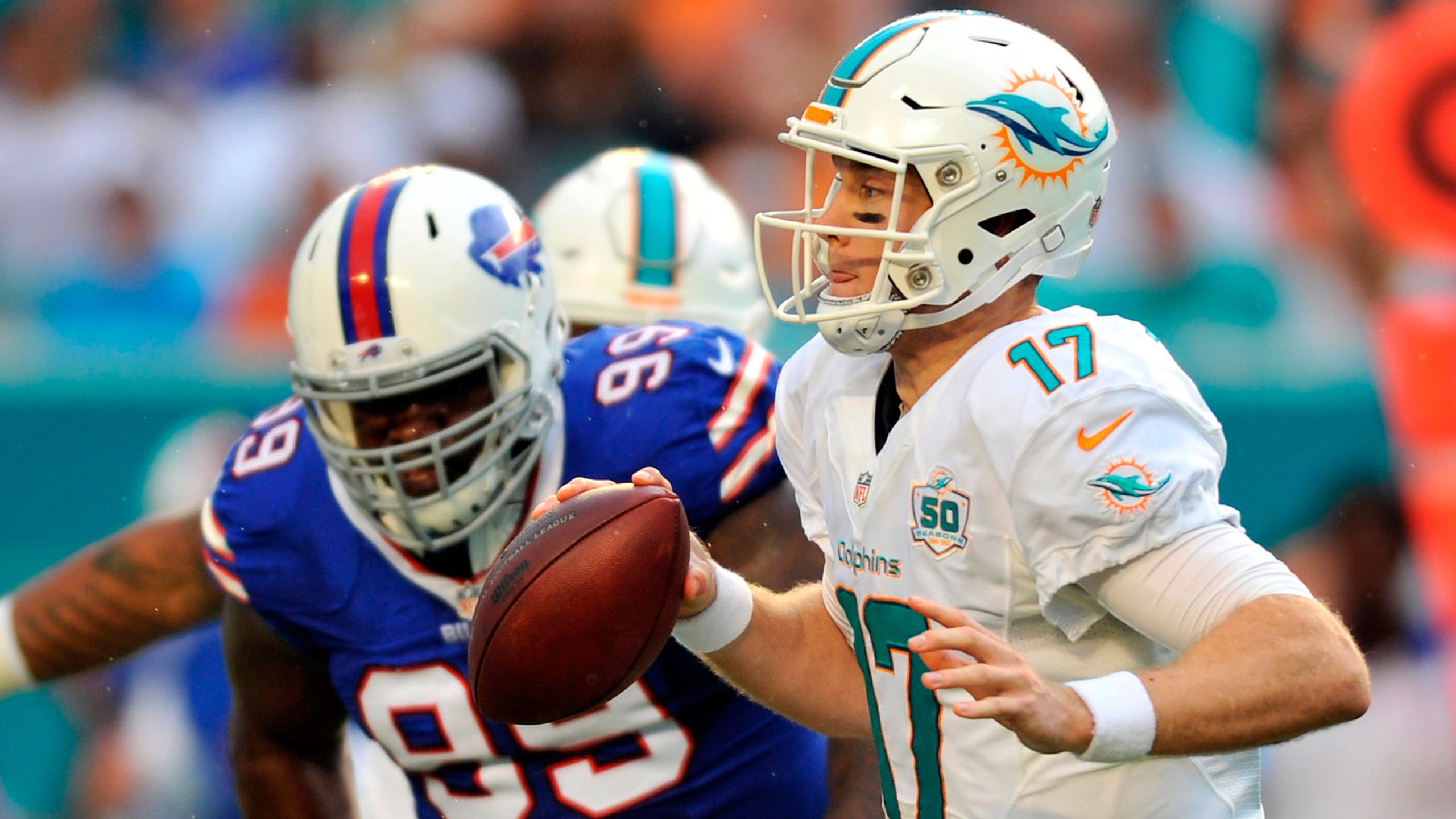 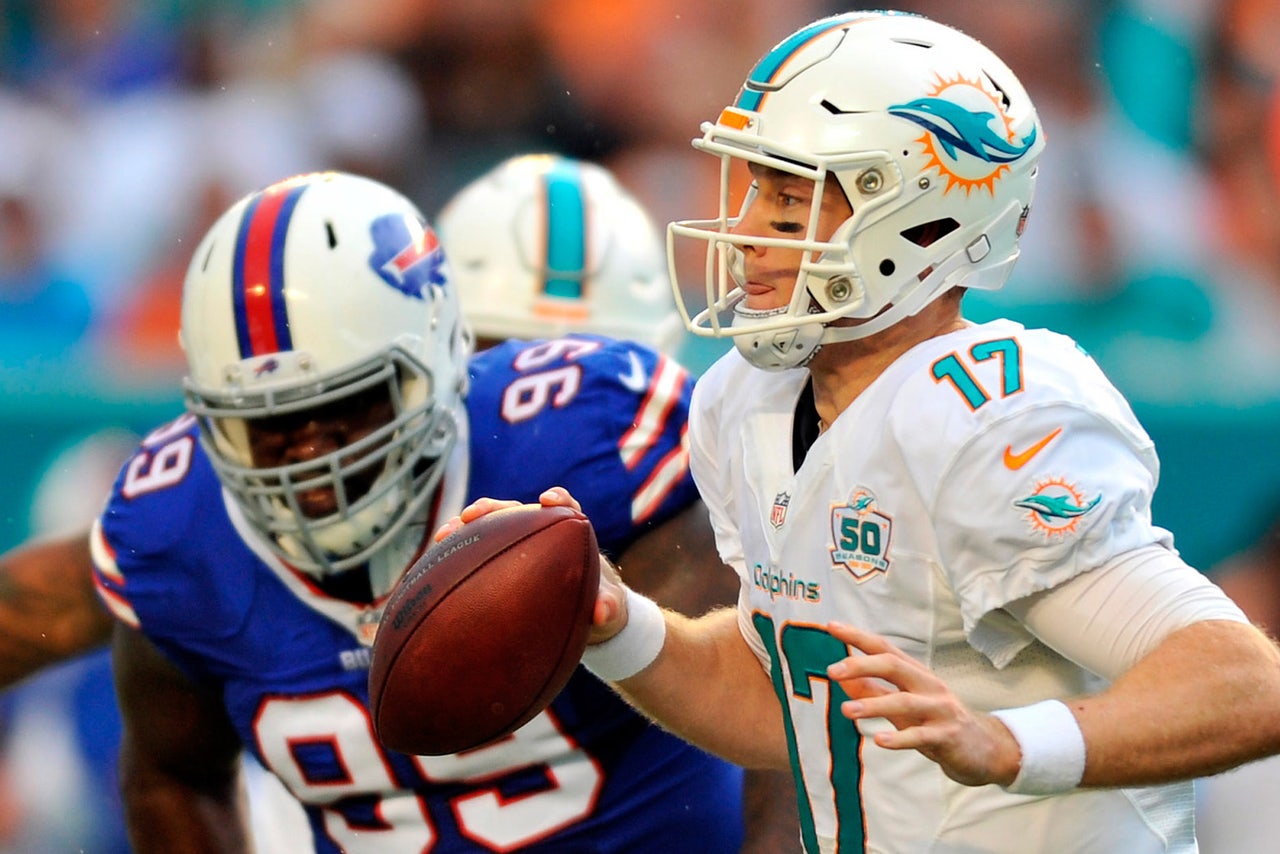 DAVIE, Fla. (AP) -- Miami center Mike Pouncey has a simple explanation why the Dolphins believe their game against Buffalo will be significantly different than the teams' first meeting when the Bills pounded them 41-14.

A lot has changed in Miami since Week 3.

"I think we're competing more and I feel like our team's going to be more ready to go," Pouncey said. "We feel like they came into our home and beat us up pretty bad, so it's going to be a good matchup and we're going to be ready to play this weekend. We've got to keep ourselves out of third-and-long situations because everybody on that defensive line is a Pro Bowl player."

Pouncey will anchor an offensive line that will be without starting right tackle Ja'Wuan James, who is out with a foot injury. The center stressed the importance of re-establishing the running game that carried Miami to two convincing wins over Tennessee and Houston in interim head coach Dan Campbell's first two games at the helm but disappeared last Thursday night in a 36-7 loss at New England.

Campbell confirmed that James will be rested for a few weeks and Jason Fox will step in at right tackle, adding that Fox actually played well at New England overall. Negative plays early on against the Patriots, either by penalty or a loss of yardage, forced the Dolphins to abandon the rush sooner than desired and against the Bills they know that can't happen again.

Defensively, the Dolphins will try to move forward without four-time Pro Bowl defensive end Cameron Wake, who was lost for the season to a torn Achilles' tendon. With the Bills expecting to get mobile quarterback Tyrod Taylor back, along with shifty running back LeSean McCoy and wide receiver Sammy Watkins, that will put more pressure on defensive end Olivier Vernon.

"I'll probably get more attention now but that's not going to stop what everybody else has got to do," Vernon said. "Other guys are going to be stepping up and making plays, too, and one thing we do have on the D-line is depth so we'll be all right.

NOTES: Backup quarterback Matt Moore is recovering from minor surgery to repair a broken nose he suffered during a practice two weeks ago and did not practice, but is expected to return to practice Wednesday. Campbell joked that Moore is "very vain and he wanted plastic surgery," adding that it happened on a hand-off with his helmet on when he took an elbow to the nose. ... James, linebacker Jordan Kovacs (knee) and rookie wide receiver DeVante Parker (foot) also did not practice. ... Rookie running back Jay Ajayi, who is eligible to play after coming off of the Injured Reserve Designated To Return List, said he hopes he will be active Sunday.

Trade Deshaun Now
Colin Cowherd is always thinking. On Monday, he thought up five reasons the Houston Texans should move off their superstar quarterback.
8 hours ago