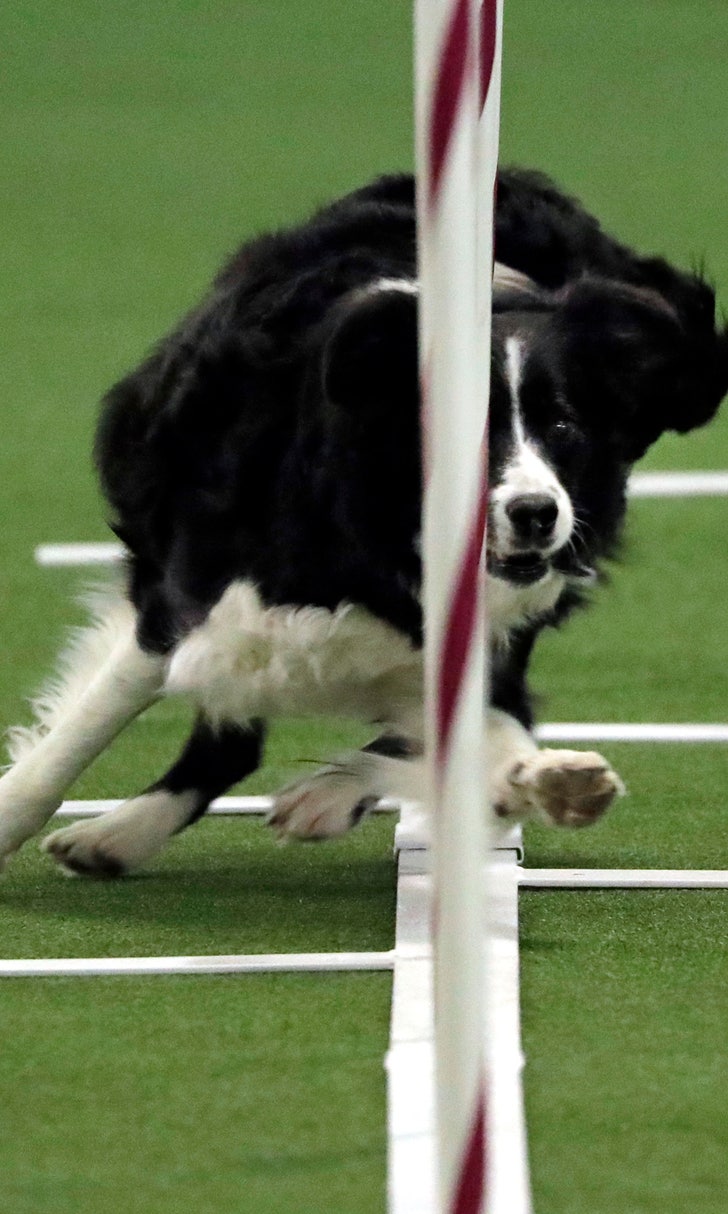 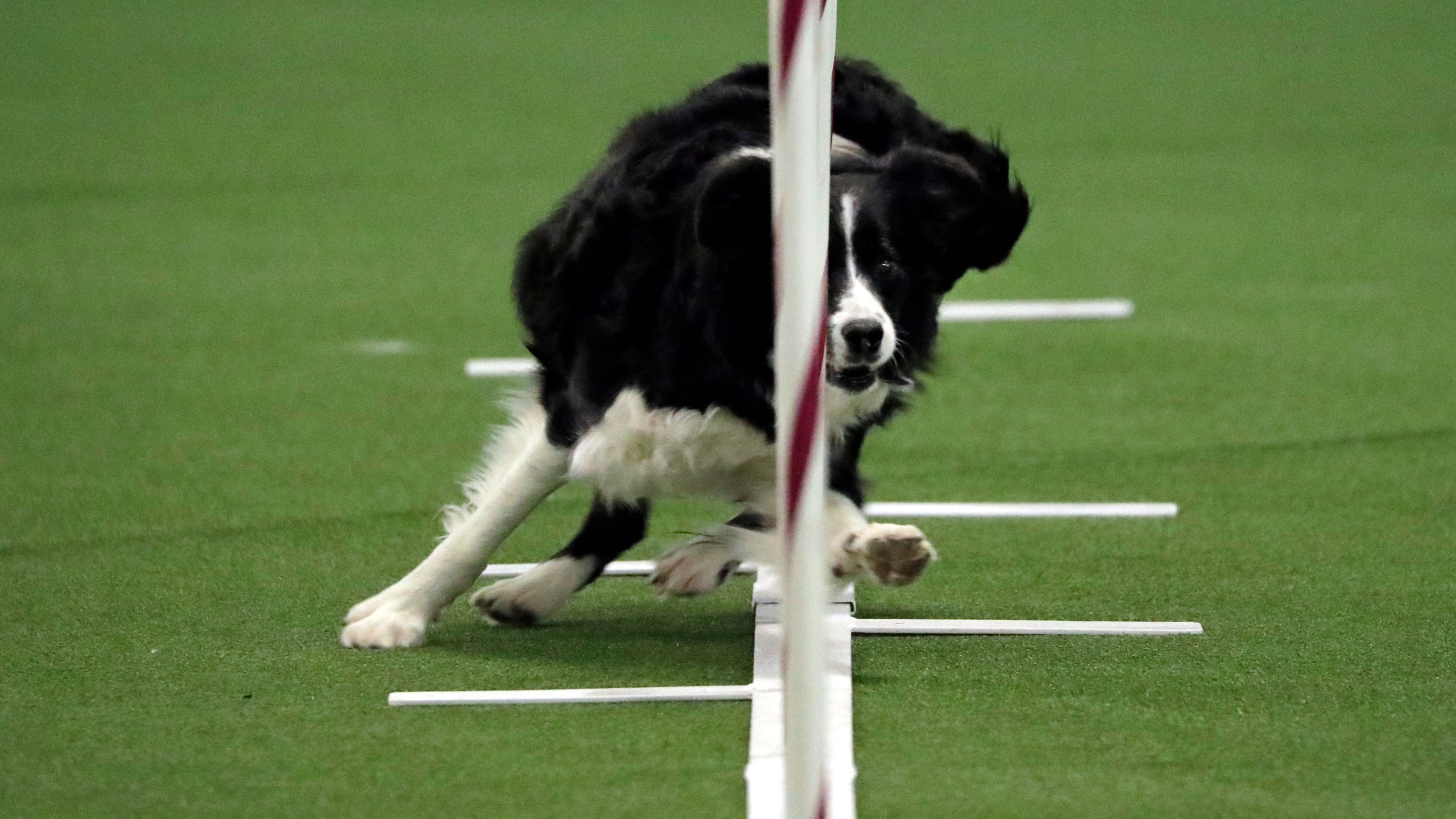 A border collie named Verb won the Westminster Kennel Club's agility contest Saturday night, tearing through an obstacle course like it was a walk in the dog park and leaping into owner Perry DeWitt's arms at the end.

"He is the epitome of a good partner," said DeWitt, a professional dog trainer from Wyncote, Pennsylvania. She said she gets nervous before they compete, but 5-year-old Verb doesn't.

"He keeps it together all of the time," she said.

As Verb came out on top of the pack of 330 canine contestants, an Australian cattle dog mix called Plop got a special award for the top mixed-breed dog after turning in a performance that mixed gusto with speed.

"I could not be prouder of him," said owner Lisa Topol, a New York City advertising executive. "This is a shelter dog. . People don't give them the credit that they deserve. And he's a champion."

The agility contest, which ushered in the club's storied annual dog show, featured accomplished canine athletes as big as a 98-pound Bernese mountain dog and as small as a Chihuahua.

They navigated jumps, ramps, tunnels and other objects on a route packed with tricky turns. Owners or handlers guide them with voice and hand signals. Scoring is based on a dog's speed and accuracy.

But those aren't the only qualities that win the crowd, if not the championship. Tongue-lolling Rudy the bulldog charmed the final-round audience, as did Libby, a Parson Russell terrier that took a wrong turn onto the steep, peaked "A-frame" ramp, then calmly turned around and walked back down.

Border collies and Australian shepherds have won every time since agility was added to the annual show in 2014.

Traditionally bred to herd livestock, "they're used to turning on a dime" and can translate that skill to the agility course, Tom Gooding of Schenectady, New York, explained while waiting to compete in an early round with his Aussie, Lili Ann.

But the 50 finalists also included such relative rarities as a keeshond, a Bedlington terrier, a lowchen, and an Irish red and white setter.

As a Bernese mountain dog, Zurri isn't the typical picture of an elite agility dog. She comes from a breed historically known more for pulling carts than maneuvering through an obstacle course.

So just stepping into the ring - heck, even stepping out of the car - at Westminster for the first time felt like success to owner Cheryl Brickach.

"A Berner doing agility is sort of like bringing a Clydesdale to the Kentucky Derby," laughed Brickach, "but that doesn't matter."

What does, she says, is showing that the big, sturdy breed can be athletic and competitive in the popular sport. And seeing that Zurri's tail is always wagging as she runs the course.

"And it's kind of a pinnacle of dogdom to be at Westminster," added Brickach, of Bristol, Rhode Island.

Jackie Soccodato tried agility as an outlet for her energetic shih tzu/silky terrier puppy, Buster. Competing at Westminster six years later, she felt the sport works for both of them.

"It gives me a goal. It gives him a goal," said Soccodato, of New Rochelle, New York. And it's "a great way to bond with your dog."

Like any athletes, the dogs have different strengths. Plenty, a golden retriever, takes to the weave poles, where dogs zigzag through a line of posts.

Kie, a miniature schnauzer that made the final round, isn't wild about the weave poles but digs the dog walk, a ramp-and-plank assembly, owner Jim Murphy of Nashville said.

Darby, a Boston terrier, is into the A-frame. Her least favorite thing?

"She doesn't like staying at the start line," chuckled owner Nicole Davilli of Virginia Beach, Virginia.

Cats also had their day Saturday on the show's sidelines. A companion "Meet the Breeds" event, sponsored by the American Kennel Club and The International Cat Association, showcased both dogs and cats.