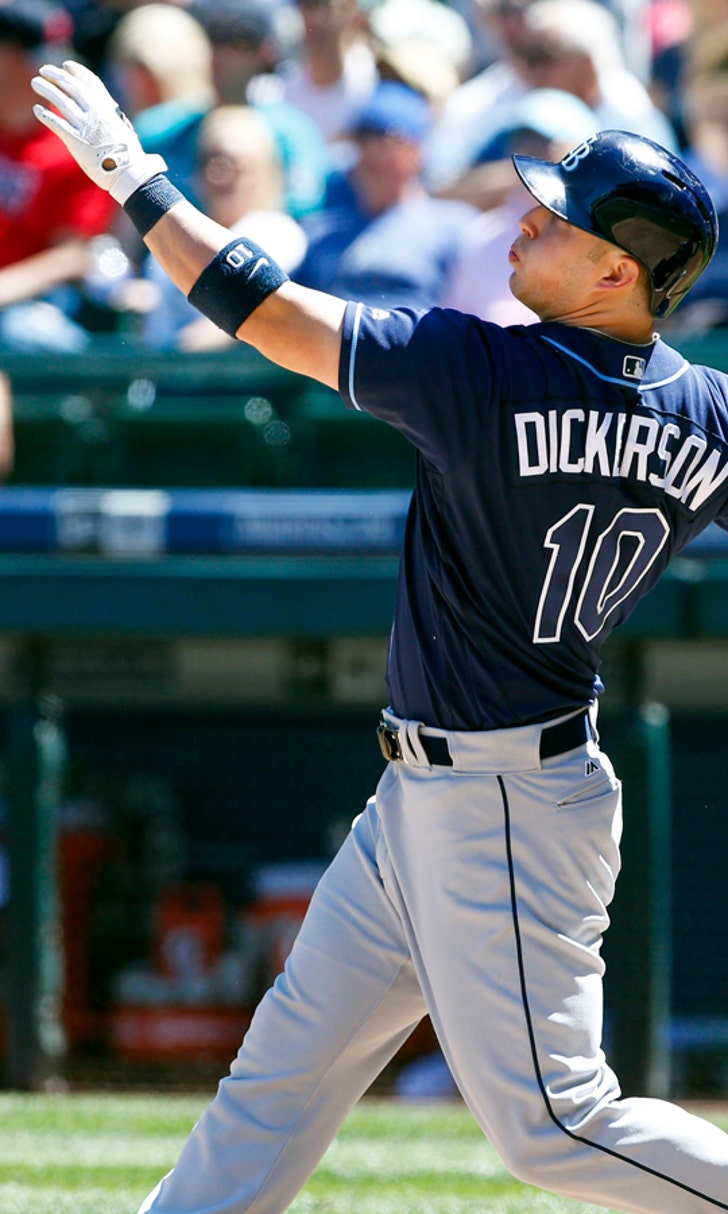 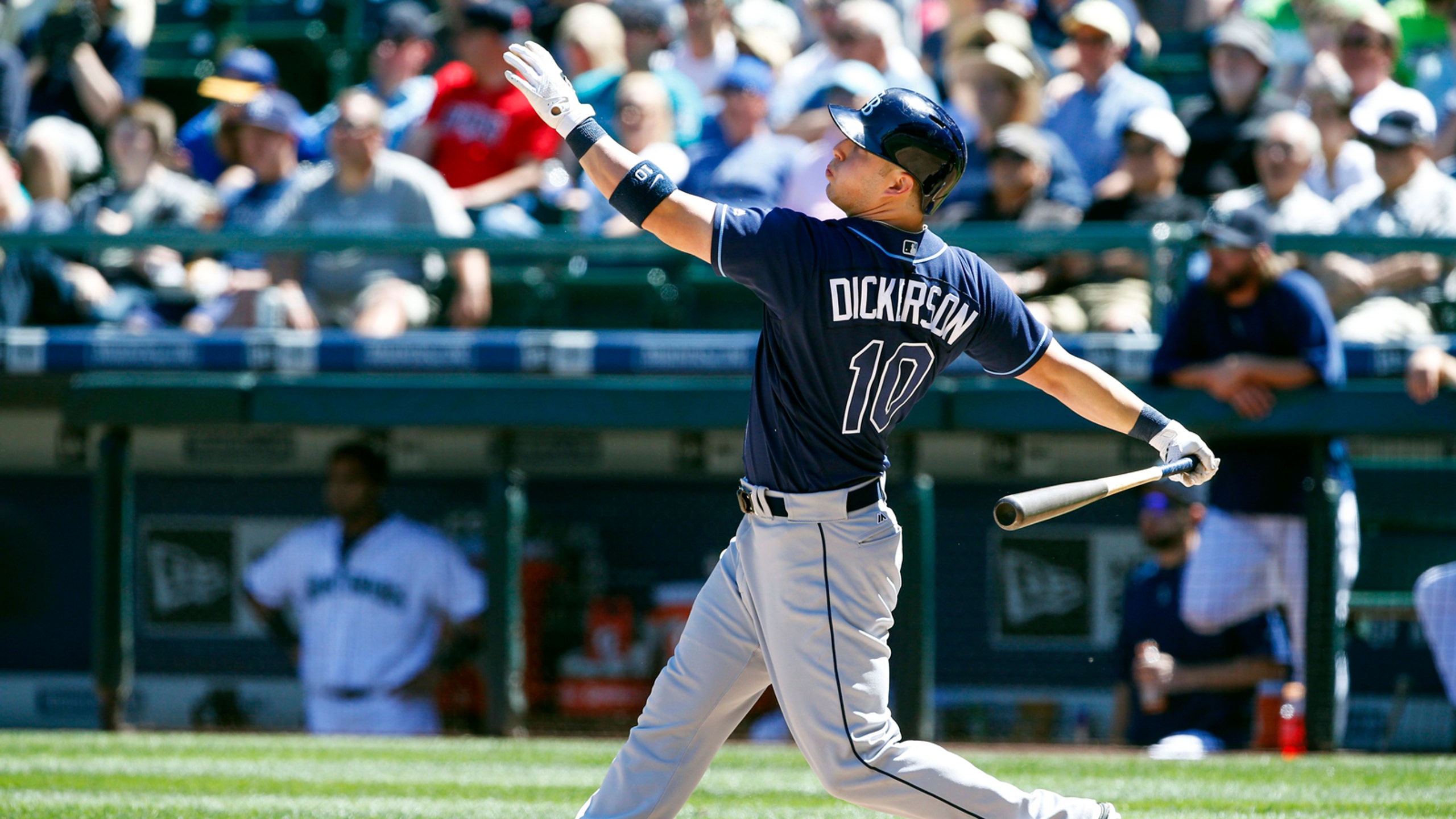 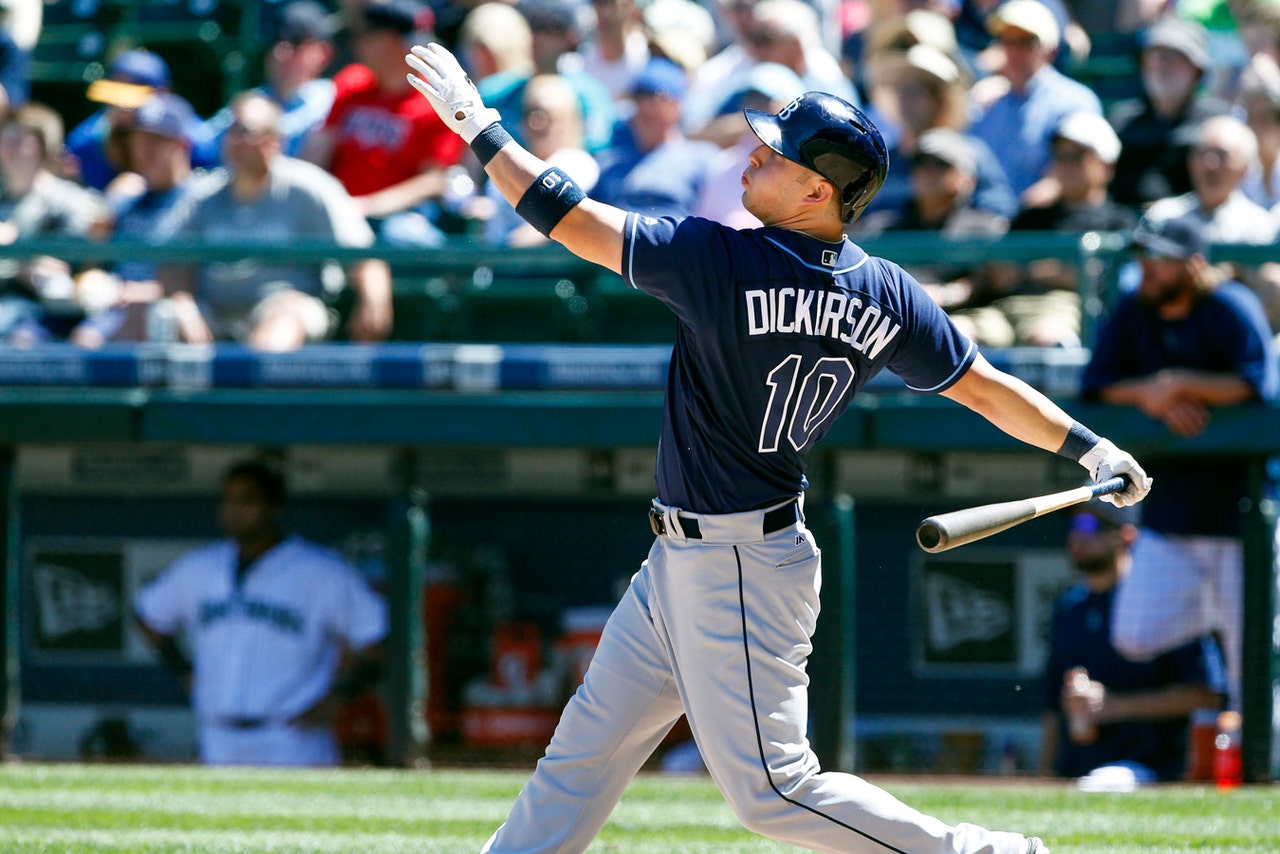 SEATTLE (AP) -- Chris Iannetta led off the bottom of the 11th inning with a homer to give the Seattle Mariners a 6-5 victory over the Tampa Bay Rays on Wednesday and a sweep of the three-game series.

Iannetta jumped on a 3-2 pitch from Steve Geltz (0-1) for his third homer for Seattle, which was unable to hold an early 4-0 lead.

The Mariners escaped a one-out, bases-loaded jam in the 10th. Steven Souza Jr. reached on a one-out walk off Vidal Nuno, advanced on a passed ball and moved to third on Logan Morrison's bloop single to left.

Steve Johnson (1-0) relieved and walked Steve Pearce to load the bases. Kevin Kiermaier fouled out to third and Hank Conger bounced into a force at second.

The Rays tied it 5-5 on Kiermaier's one-out solo homer in the ninth.

With Mariners closer Steve Cishek unavailable after a four-out save Tuesday night, Nick Vincent came on in the ninth to protect a 5-4 lead. After Pearce struck out, Kiermaier lined a 2-0 pitch over the wall in right for his fourth home run.

Nelson Cruz's seventh-inning sacrifice fly snapped a 4-4 tie after the Rays had erased a 4-0 deficit on Corey Dickerson's first career grand slam in the sixth.

Robinson Cano opened the Mariners seventh with a double to right-center and advanced on a wild pitch. Cruz then lofted a fly to left and Cano scored easily ahead of the throw.

After Brandon Guyer doubled with one out in the sixth, Brad Miller and Evan Longoria drew consecutive walks off Walker, who had walked just three over 32 innings in his first six starts.

Dickerson then lined the first pitch over the center-field wall for his eighth homer.

The Mariners capitalized on starter Chris Archer's wildness for a three-run first. Norichika Aoki singled and Ketel Marte walked. After Cano struck out, Archer walked Cruz and Kyle Seager to force in a run. Seth Smith then followed with a two-run single up the middle.

Cruz opened the third inning with his sixth homer to make it 4-0.

Rays: 2B Logan Forsythe, who missed Tuesday's game with a bruised left shoulder after being hit by a pitch on Monday, was not in the starting lineup on Wednesday, but was improving. "He's still sore, but actually much better today," manager Kevin Cash said before Wednesday's game. "I'm hopeful for Friday. I'm actually hopeful that it heats up out in the sun and he can be ready late in the ballgame if we need him."

Mariners: Reliever Joaquin Benoit, on the 15-day DL since April 22 with right shoulder inflammation, was scheduled to throw Wednesday, manager Scott Servais said. "Benoit is going to throw a bullpen here today and if that goes OK, we could do a sim (simulated) game this weekend," Servais said. ... Reliever Charlie Furbush, on the DL all season with biceps tendinitis, also had a bullpen workout on Wednesday.

Rays: After a day off, Tampa Bay returns home for a three-game series against Oakland, before heading back out on an eight-game road trip. Right-hander Jake Odorizzi (0-1, 3.10 ERA) starts Friday for the Rays against Rich Hill (4-3, 2.39 ERA). Odorizzi has five straight no-decisions, tying a club record.

Mariners: Right-hander Nathan Karns (3-1, 3.38) starts Friday for Seattle to open a three-game home series against the Angels. Karns has pitched at least six innings in each of his past three starts, allowing four earned runs in 19 1/3 innings with 20 strikeouts..