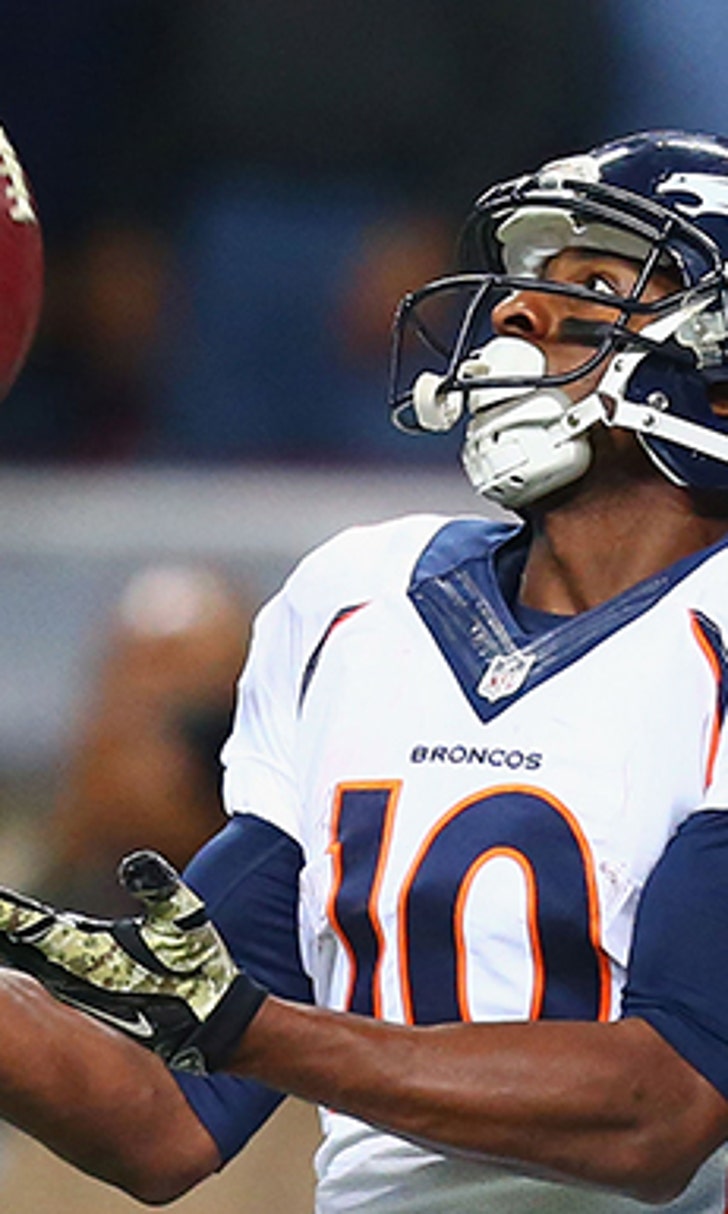 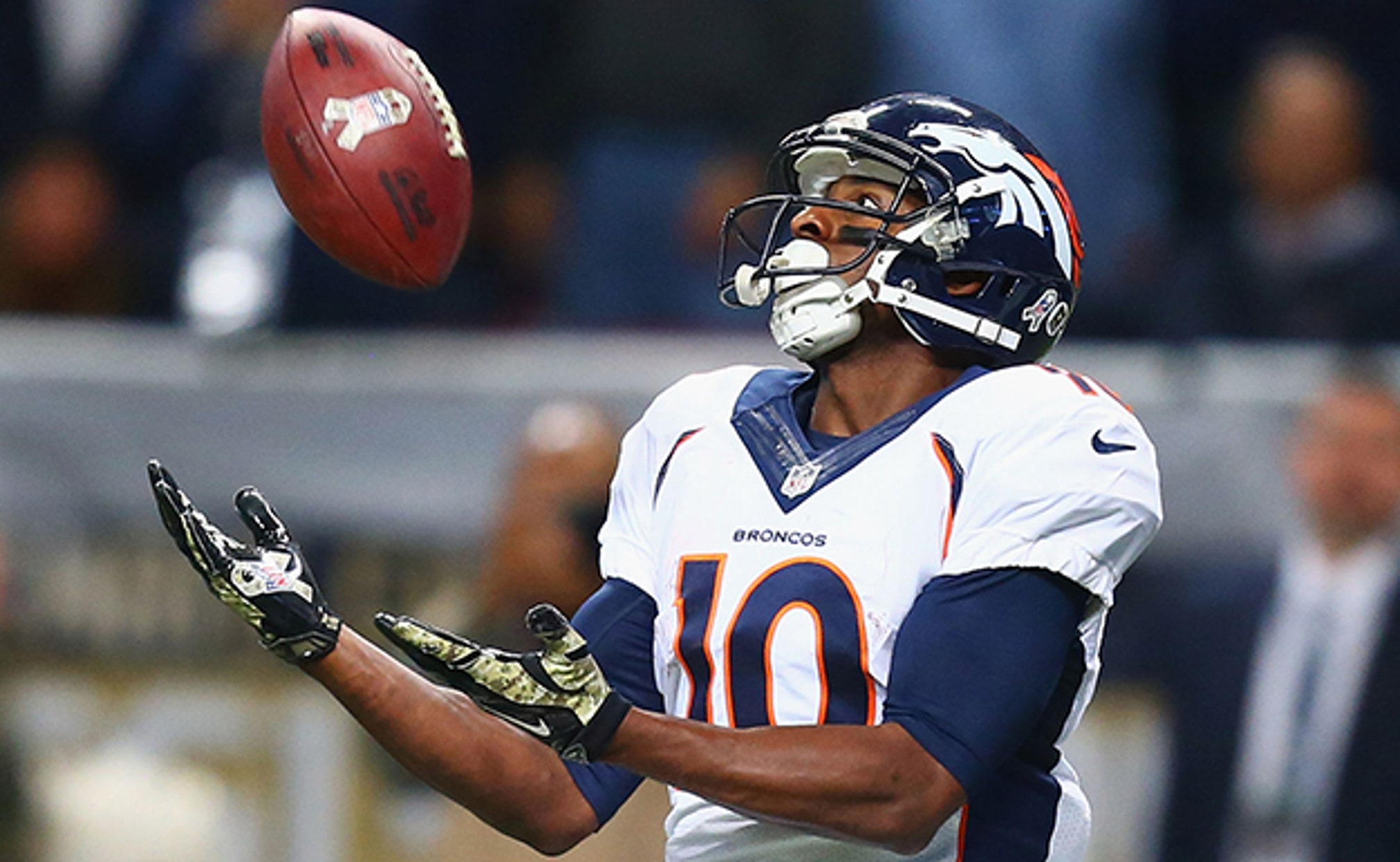 Despite Wikipedia claims, Emmanuel Sanders is alive and well

Emmanuel Sanders would like readers of Wikipedia to know that he is not dead.

The Broncos wide receiver was knocked out of Sunday's game against the Rams after taking a vicious hit from St. Louis safety Rodney McLeod while trying to bring in a pass.

Sanders ended up with a concussion, but some Wikipedia users had altered his page to reflect something much more severe.