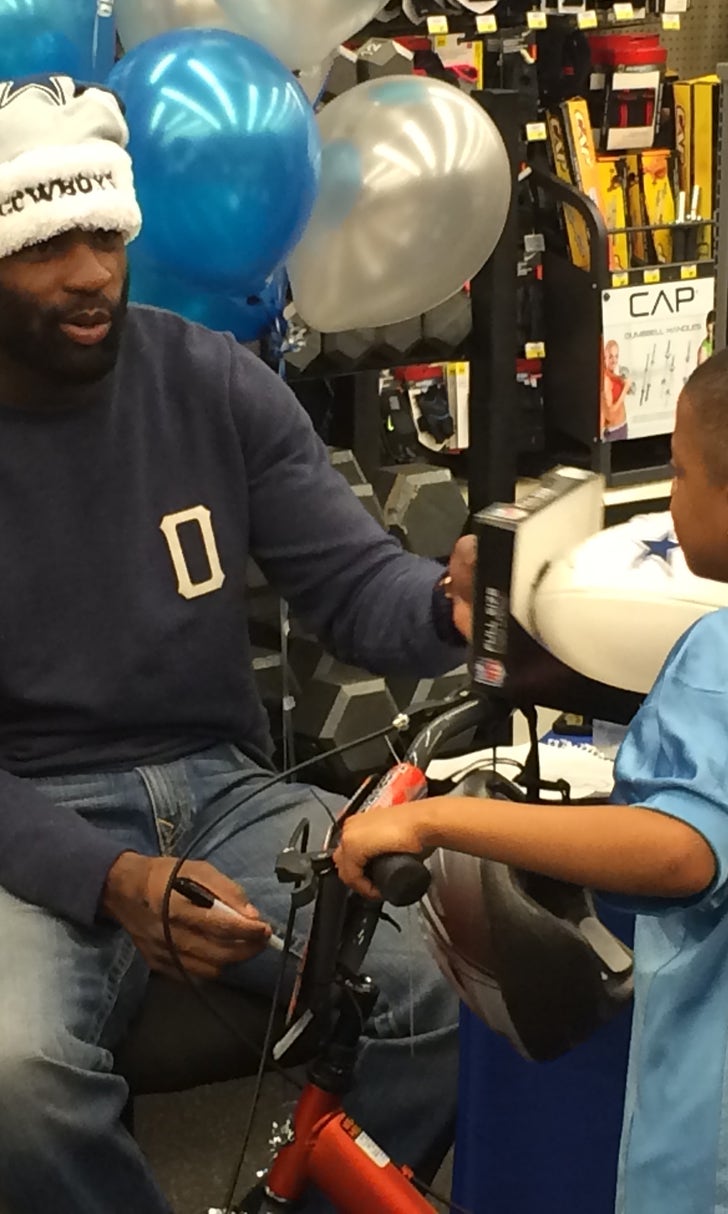 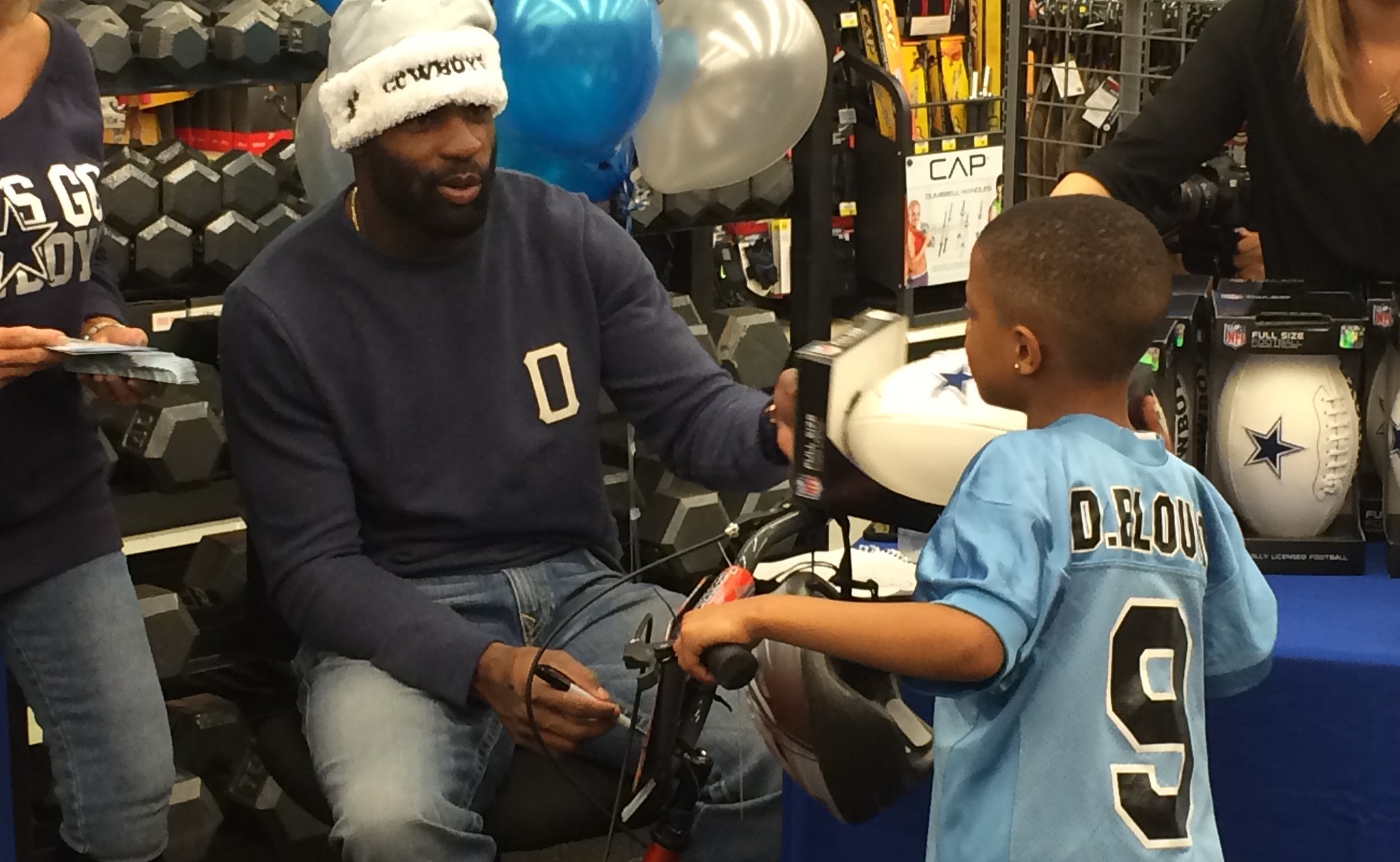 DeMarco Murray gives away bikes on Sunday off 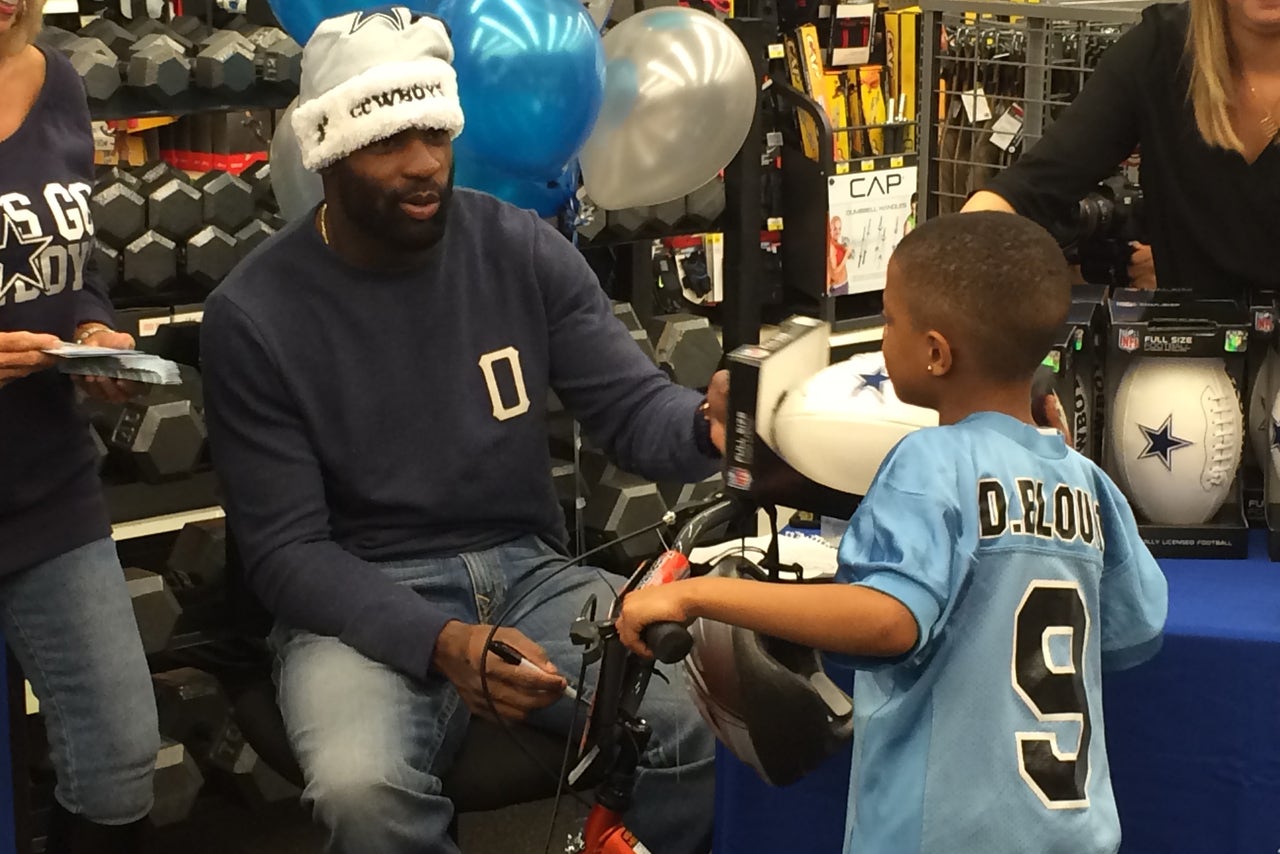 As the Seattle Seahawks engaged the Philadelphia Eagles Sunday afternoon in a 24-14 win that gave the Dallas Cowboys a piece of first place in the NFC East at 9-4, running back DeMarco Murray was handing out 50 bicycles to kids involved in Big Brothers Big Sisters, the nation's largest donor- and volunteer-supported mentoring organization.

"I've been so blessed, and I want to give back as much as I can," the league's leading rusher said.

Murray was at a Grapevine Academy Sports and Outdoors store to kick off the inaugural Holiday Handoff program for the DeMarco Murray Foundation.

In addition to new bikes, the 25 boys and 25 girls each received an autographed football, a photo with Murray, $50 gift cards from Albertsons supermarket, and tickets to Sparkle, a holiday celebration donated by the Hilton Anatole in Dallas.

Murray founded his eponymous foundation in 2013 "to better the lives of Dallas-area youth by providing educational support, opportunities and resources whenever possible." The foundation raised $100,000 in its first year, and Murray seeks to triple it for 2014.

"I'm proud and appreciative of what we've been able to accomplish with the foundation the past two years," said Murray, "and I'm glad we could do something to help bring smiles to kids' faces this holiday season."

For the past two seasons, nobody has gained more rushing yards than Murray's 2,727, and smiles would come to Cowboys fans around Christmastime if he padded his 1,606-yard lead en route to the team's first playoff berth since 2009. Yet, in the middle of a playoff chase, the fourth-year running back from Oklahoma finds time to give back to North Texas.

For more information about the DeMarco Murray Foundation, visit www.demarcomurray.org. 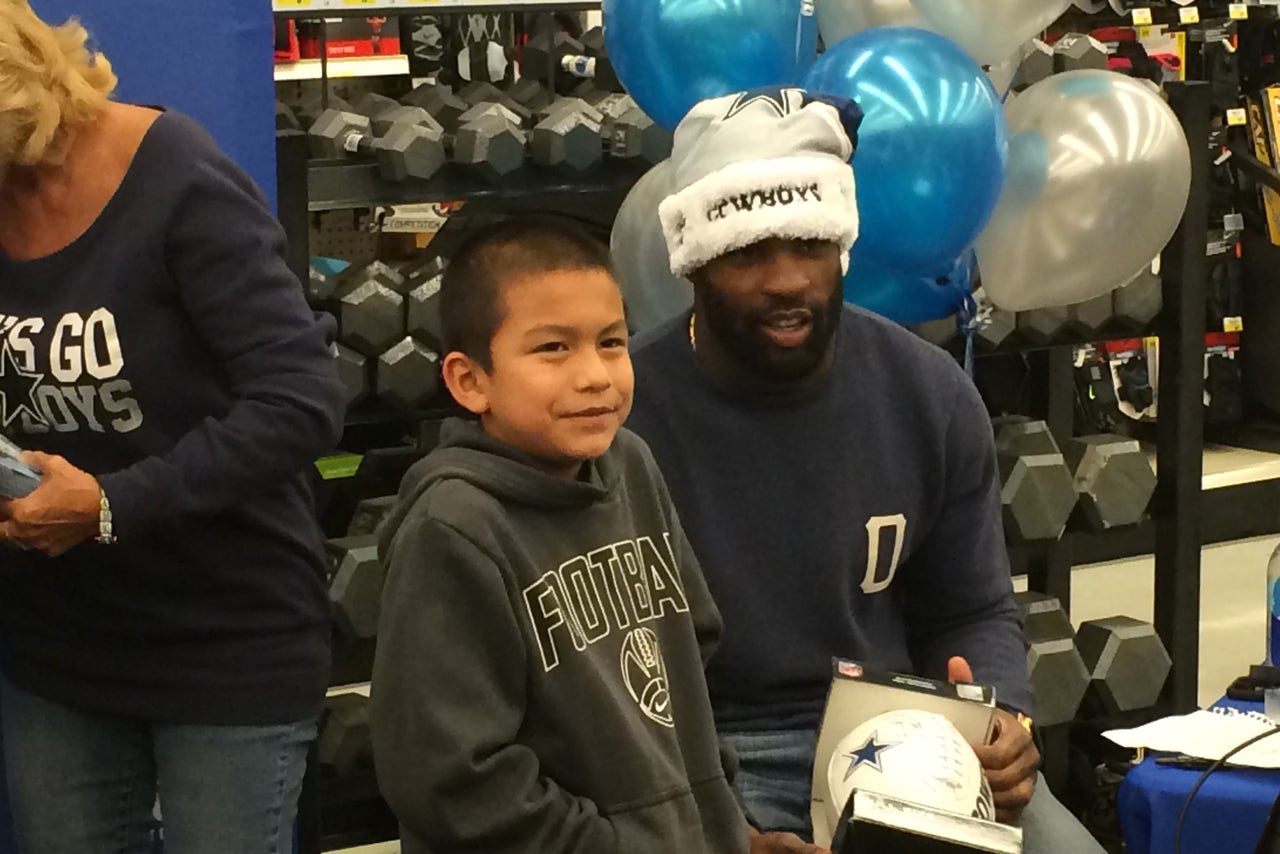 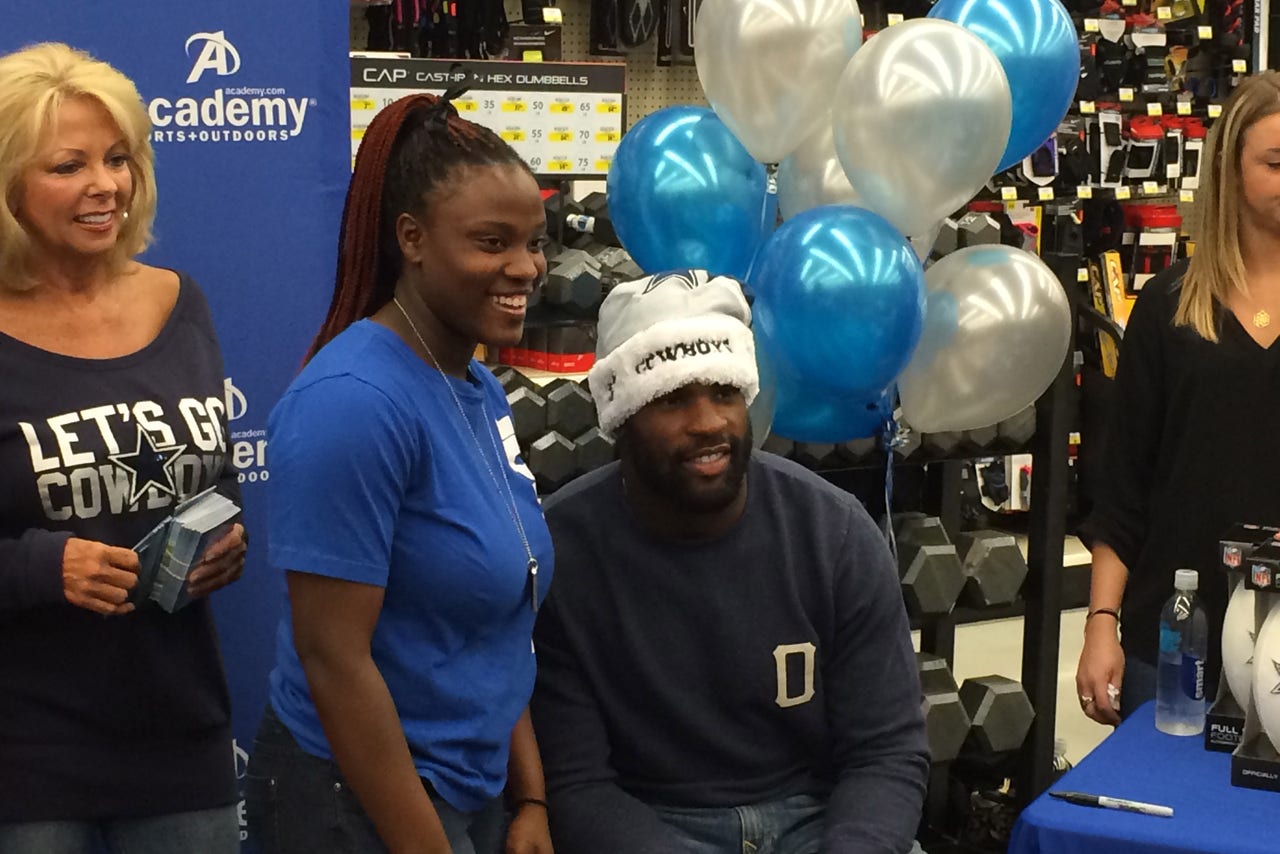 - College football teams that wish there was a playoff