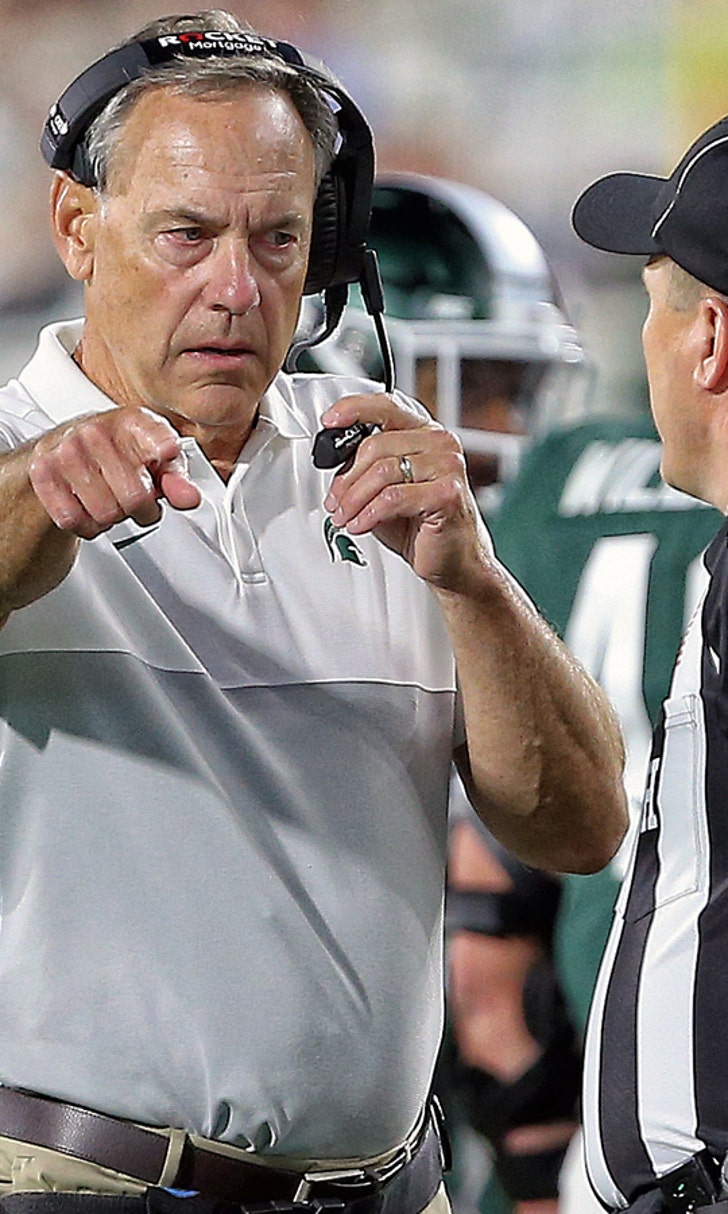 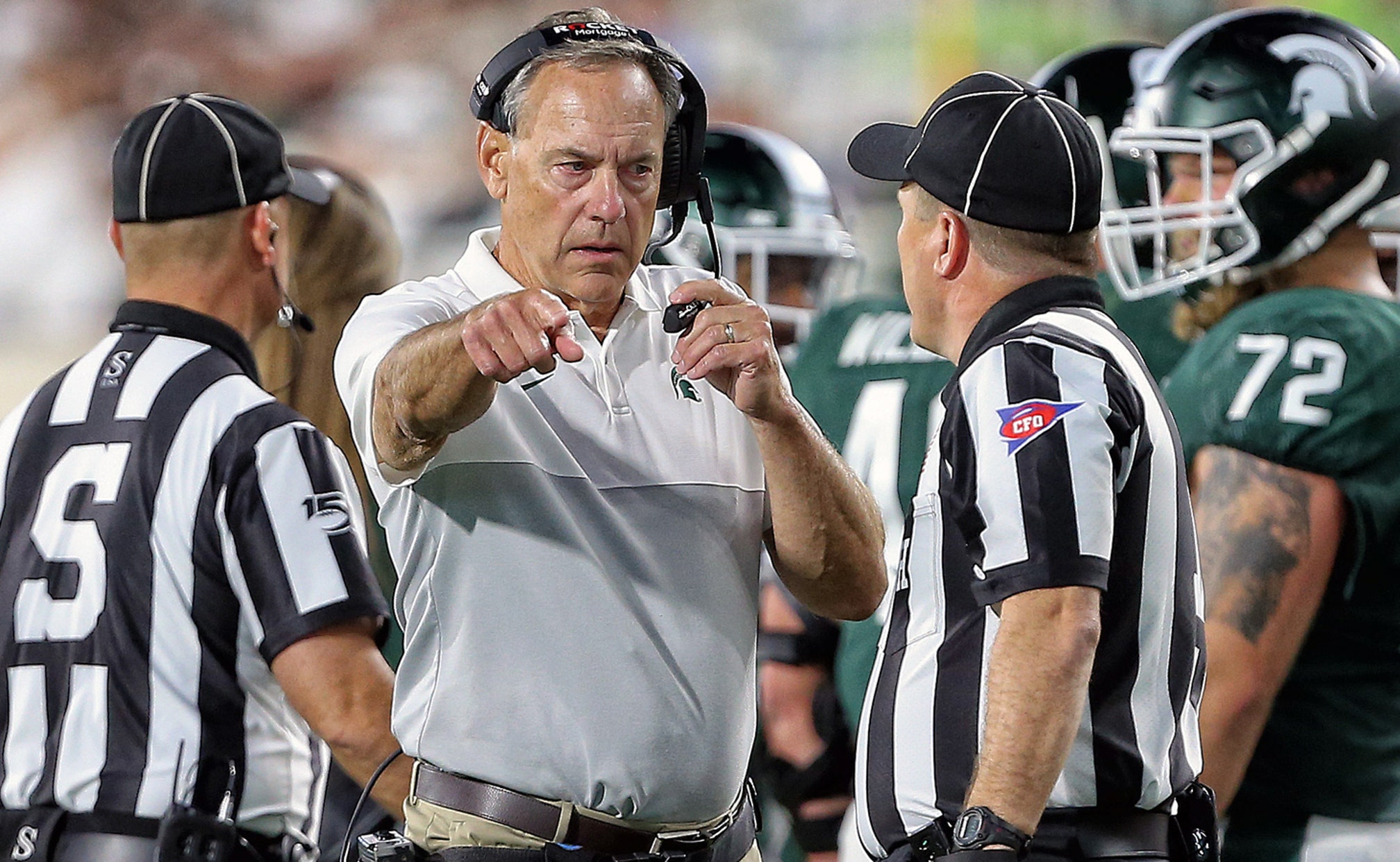 Dantonio calls out Spartans for a variety of shortcomings in opener 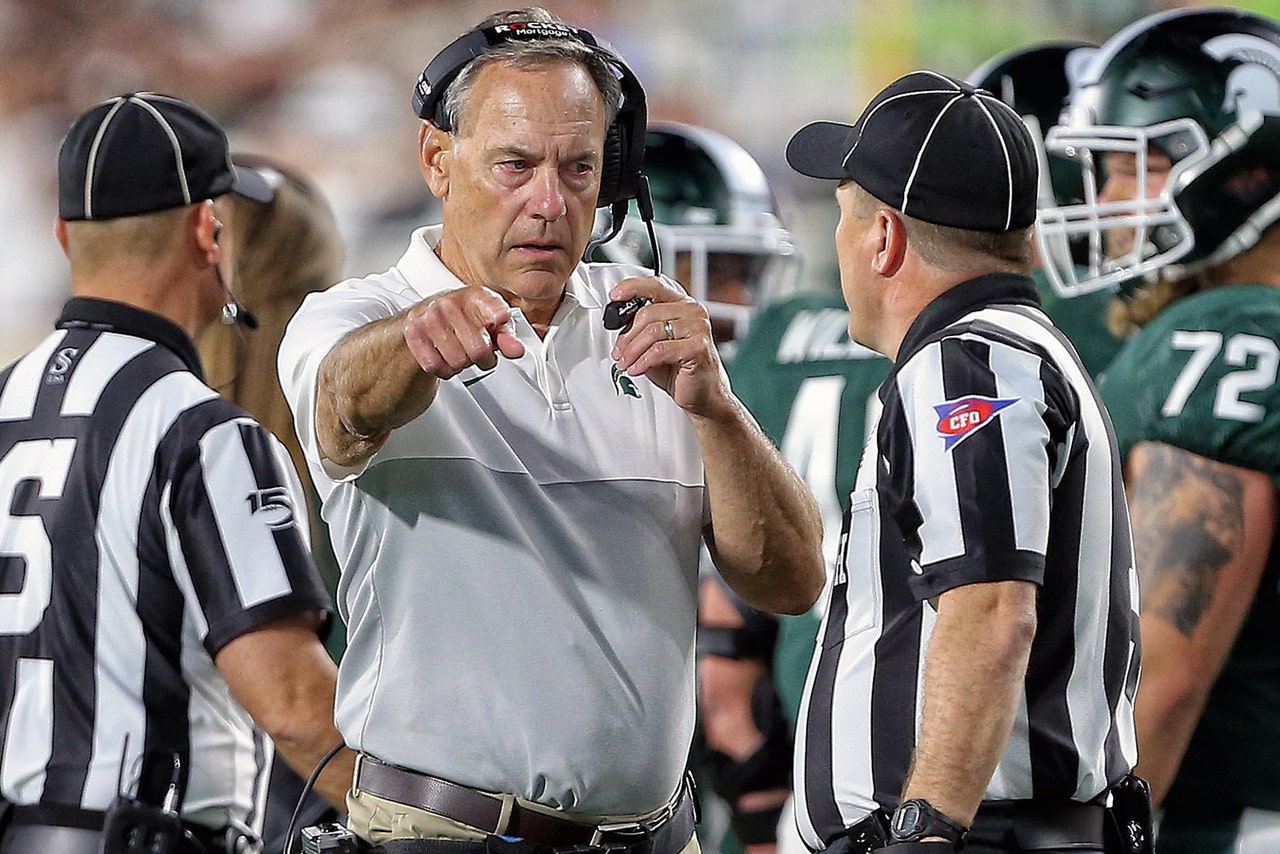 EAST LANSING, Mich. (AP) -- One more win would give Mark Dantonio a share of the school record.

The Michigan State coach is in no mood to celebrate.

"Football is a game of effort, toughness and knowing what to do. Half of our team figured that out, half of it didn't," Dantonio said Tuesday. "We will make sure that other half gets it figured out this week."

That statement set the tone at Dantonio's weekly news conference. Four days after the Spartans opened the season with a 28-7 win over Tulsa, he was clearly still concerned about the mistakes on offense that prevented Michigan State from a more decisive victory. Dantonio didn't raise his voice or lose his temper, but he was blunt when calling his team out for a variety of shortcomings.

"I'm going to call it as I see it up here right now -- going to send a message to our football team. We have a long season ahead of us. We can play much better than that," Dantonio said. "I was disappointed in the effort when I see guys running routes that are not at full speed. I see guys blocking at the point of attack, throwing a shoulder in there, not addressing a defender. Can't happen."

Michigan State held Tulsa to minus-73 yards rushing, but the Spartans scored only one offensive touchdown, and that was on the first drive of the game. Michigan State had 14 penalties for 122 yards. In the second quarter, the Spartans started three drives inside the Tulsa 40-yard line and settled for a field goal each time.

"When we see something that's not going correctly, going to try and adjust and make corrections," Dantonio said. "I'm not going to come in here and sandbag it or anything like that. I don't think I ever have. We need to get busy. You guys can all tweet that out."

Michigan State dropped one spot to No. 19 in the latest AP Top 25. The Spartans host Western Michigan on Saturday night, and Dantonio is one victory shy of Duffy Daugherty's school record of 109. The record was not Dantonio's biggest concern Tuesday.

"I believe that's something that a lot of people have worked to do," Dantonio said. "When we get there, we'll get there."

Michigan State's offense was an issue coming into the season. Dantonio shifted roles around on his offensive staff, making Brad Salem the coordinator.

"It was disappointing, because I thought we had a great fall camp, played very well in the scrimmages," Salem said. "Lights came on, we gotta go. And we know that."

The tension surrounding the offense's performance was evident Friday when there was some grumbling from the crowd at Spartan Stadium. In addition to all the times they settled for field goals, the Spartans were also stopped twice on fourth-and-short in the first half.

After the game, Dantonio was critical of his team, but he seemed even more displeased Tuesday. He said he expects the Spartans to be plenty motivated against WMU.

"I got to send a message, OK?" he said. "Sometimes I get a little irritable before I walk into these press conferences. I take it with me. Sometimes I get irritable walking out, OK? Take that with me, too."