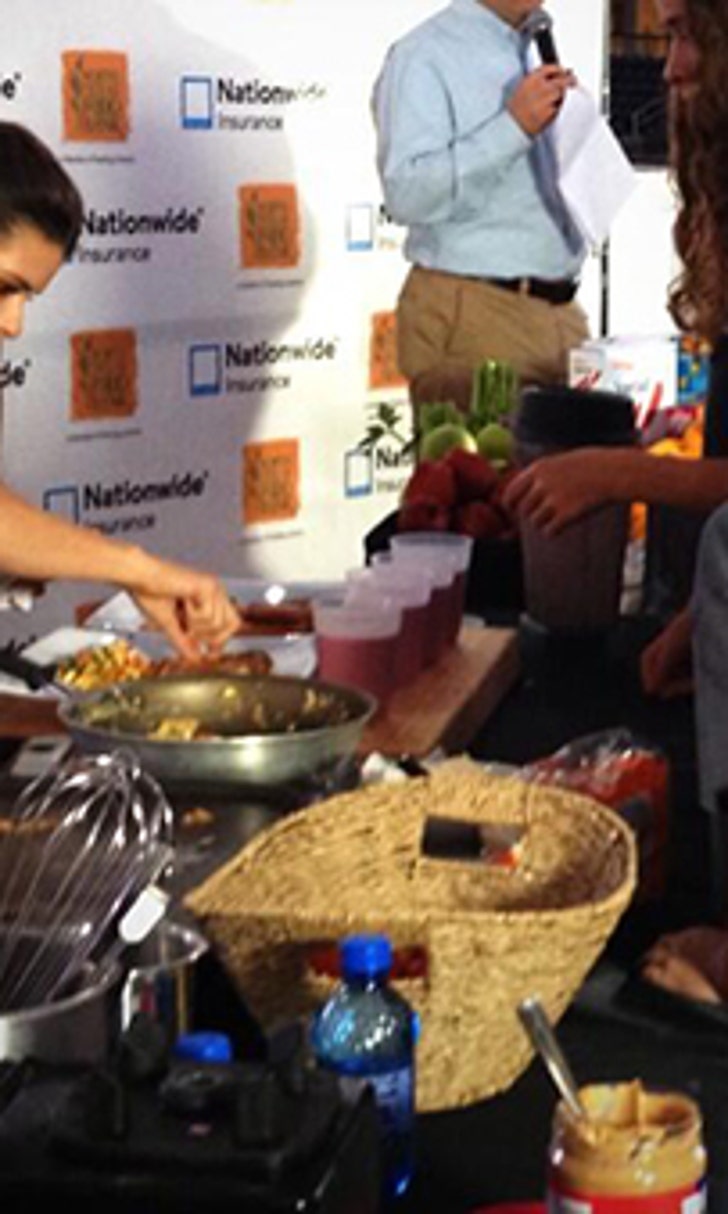 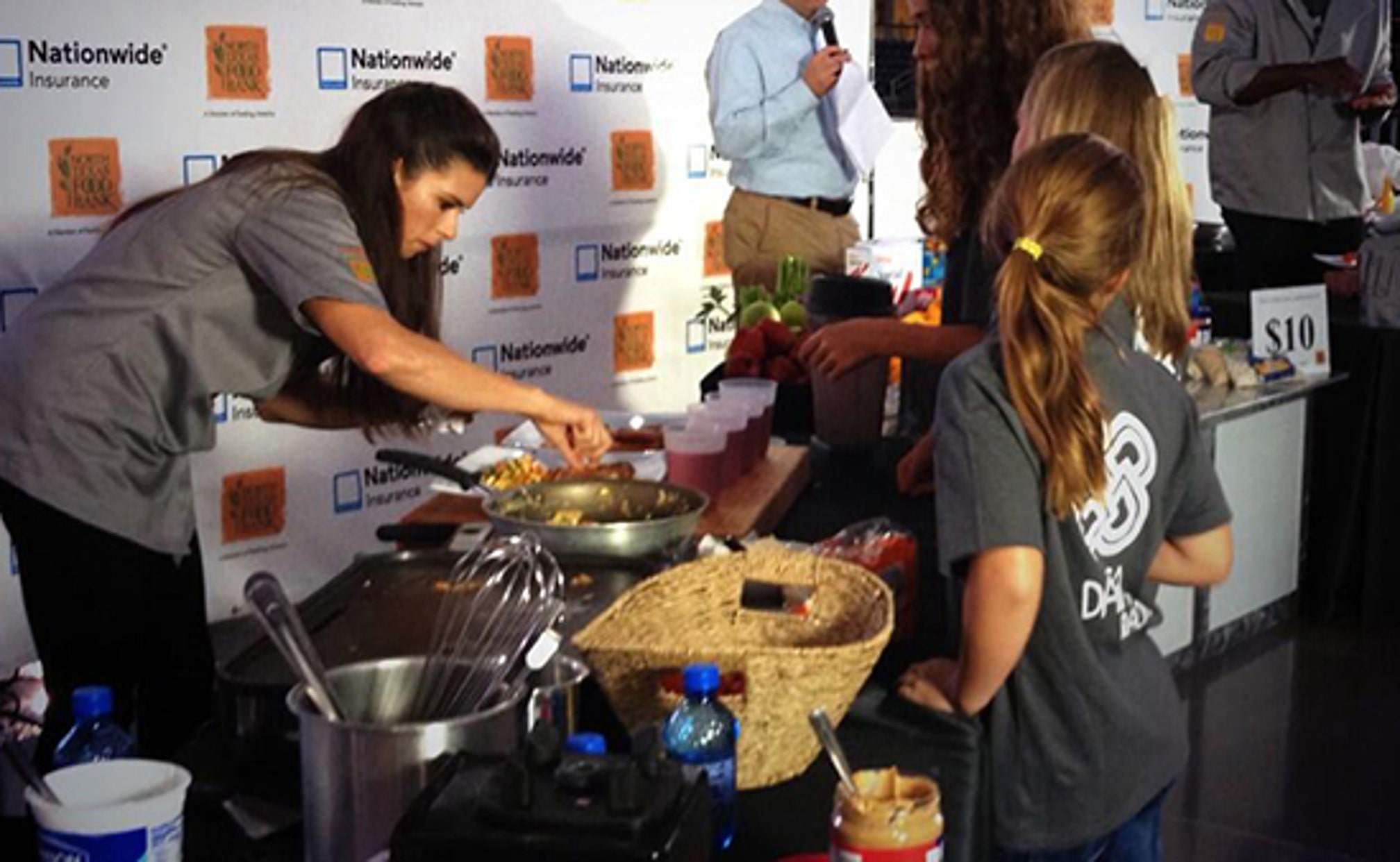 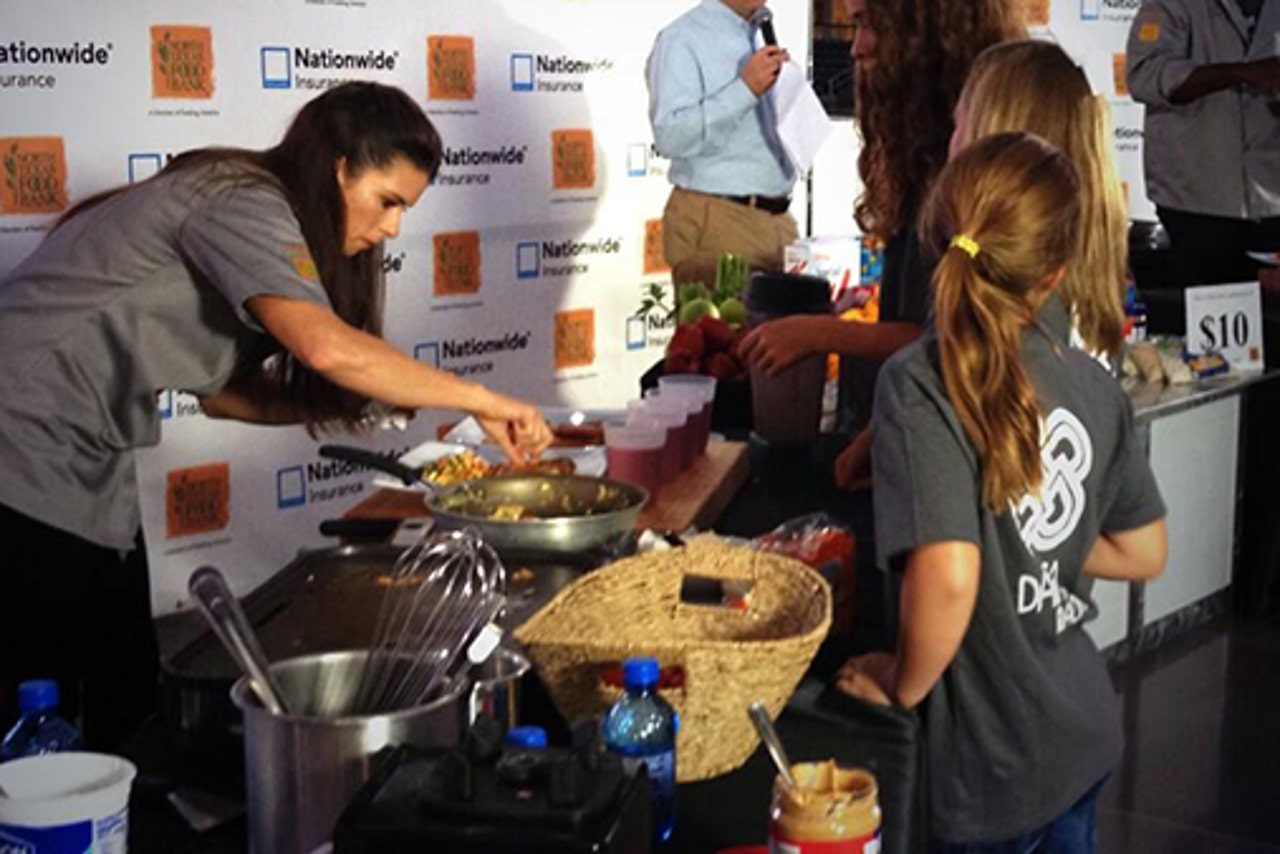 It was NASCAR versus the NFL on Tuesday morning at AT&T Stadium in Arlington, TX.

Danica Patrick and Dallas Cowboys defensive end DeMarcus Ware battled in a healthy breakfast cook-off to raise awareness for the North Texas Food Bank and commemorate the Nationwide Insurance Foundation donation of 75,000 meals. Check it out.

Looks delicious. Who won? Both ... it was declared a tie. Here are a few more Tweets from the event.

Cooking for @Nationwide with @DeMarcusWare! The field, my cooking team, the food, and my opponent! #iloveeggs pic.twitter.com/lWlU0TJrDV