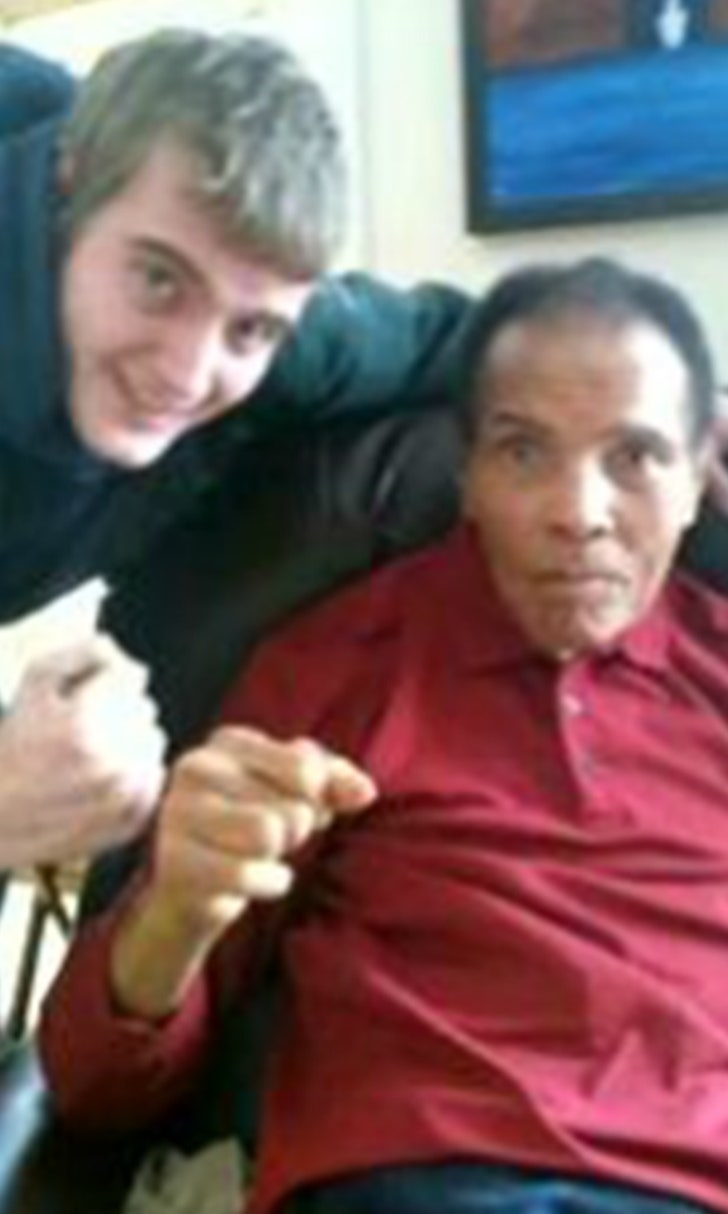 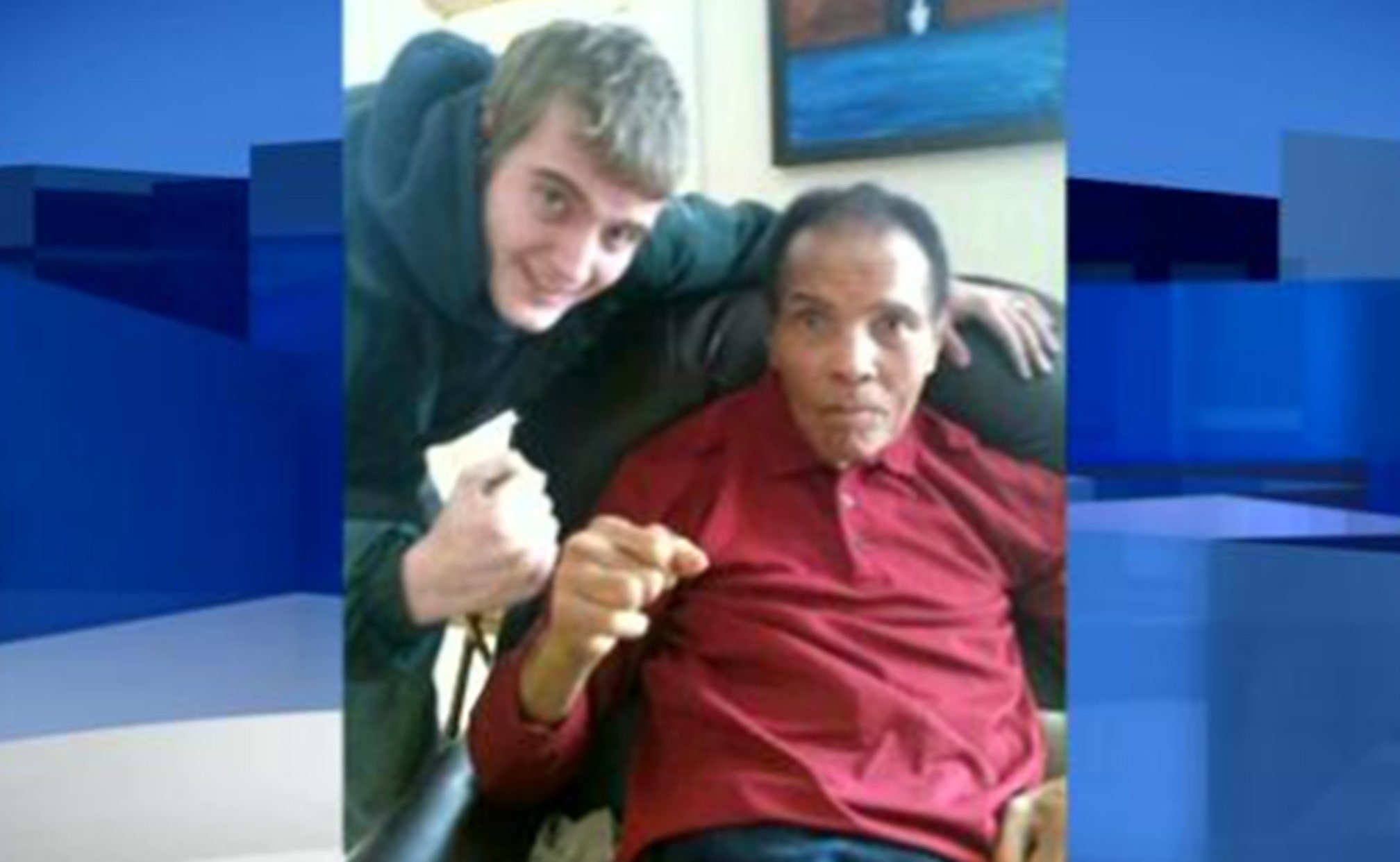 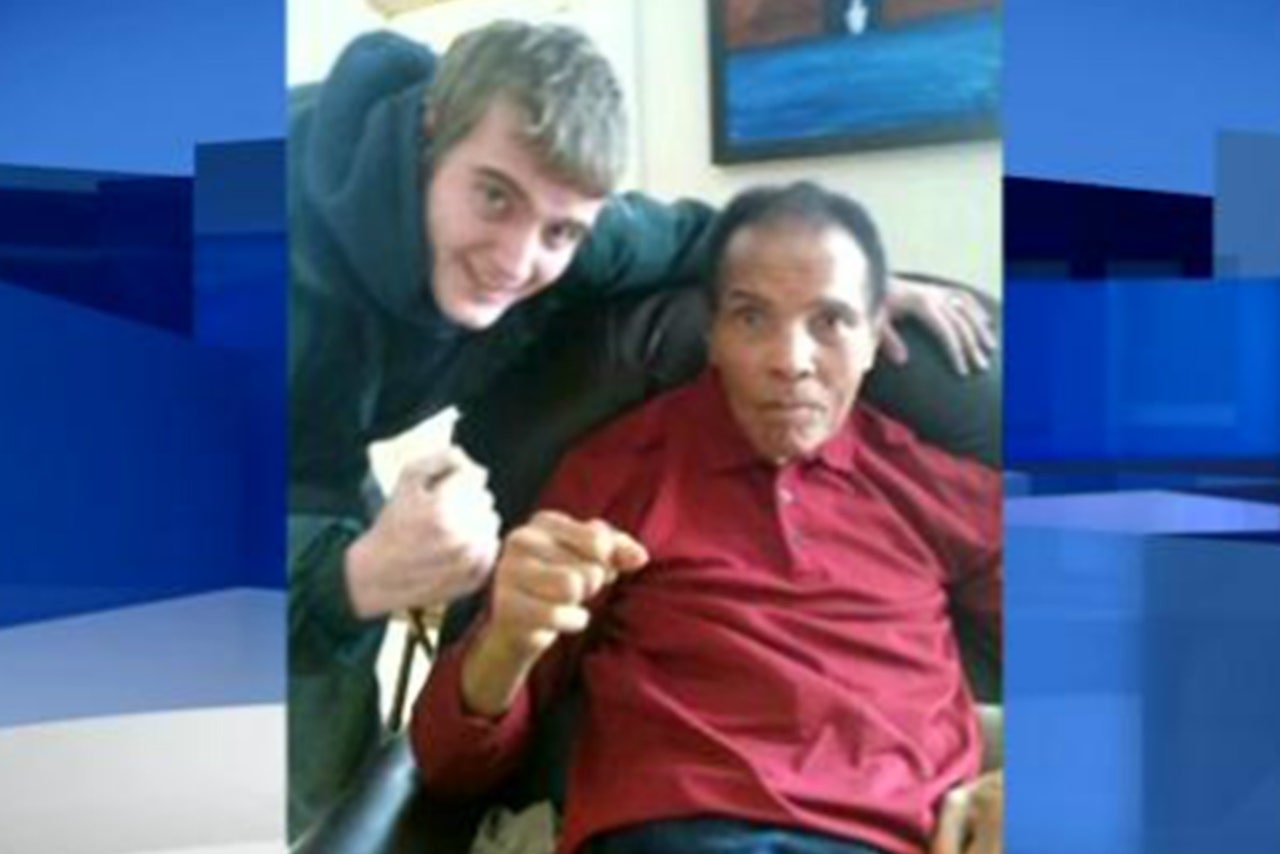 A Kentucky plumber named Tony Kelly was doing some work in a Louisville suburb last Friday, installing plumbing in a basement renovation, when some of the other workers on his crew mentioned that the house next door belonged to Muhammad Ali.

So Kelly, an Irish-born Ali fan, did what any normal person would do and went next door to see if he could say hello.

Expecting to be turned away — or ignored altogether — Kelly knocked on the door of Ali's home, and was surprised to have Ali's wife, Yolanda, answer. Then, according to WDRB, Yolanda told Kelly to come back in an hour and meet the former heavyweight champ.

Kelly did as he was told, and when he returned, he not only got to meet Ali, whose great-grandfather was Irish, and pose for photos — he also got to wish Ali a happy 72nd birthday.

"He was just sitting there, I was star struck," Kelly told WDRB. "It was just great to meet him. He shook my hand. He posed for a couple pictures with me. It's very cool."

So remember, kids, if you want to crash a celebrity's birthday party, all you have to do is knock on his door. It's that easy. (But seriously, don't do that.)

• Robin Lopez was named Comic Con ambassador for an upcoming convention in Portland.

• J.R. Smith lends a hand during a performance of "Ho Hey" at a Knicks game:

• Mark Cuban thinks Forbes' $765 million valuation of the Mavericks franchise is "way too low" and says that he'd laugh at anyone trying to buy the team for that price.

• After a half a season on the job, Pierre the Pelican is getting a new look.

• A Georgia high school football coach suggested a wrestling match between Steve Spurrier and Dabo Swinney when both were at his school for a visit.

• A Houston furniture store is refunding $600,000 in furniture purchases as part of a really poorly thought-out contest:

• There was nearly a goalie fight in Wednesday's Canadiens-Penguins game, but referees broke it up before it could get started:

• A Kentucky assistant basketball coach has been charged with assault and wanton endangerment after allegedly locking his wife in an unheated garage and throwing water on her.

• There were several nasty dunks in college basketball action on Wednesday:

• Seems Chipper Jones may have started a forest fire:

• In addition to David Samson, former NBA star Cliff Robinson is also on the next season of Survivor.

• The Oakland Raiders are allegedly being sued by their own cheerleaders.

• Austin Jackson is a professional baseball player, but by the looks of things, he can handle himself just fine on the basketball court, too:

• A Seattle-area teacher raised $20,000 to buy Seahawks jerseys for every kid in his school.

• If you live near Seattle and you've got a Bronco who needs to be castrated, now's the time:

• Fans at Thursday night's St. John's game against Seton Hall will get this Chris Mullin bobblehead: